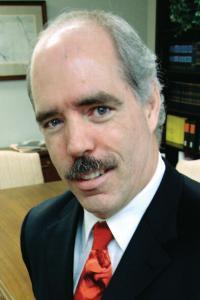 In 2007, a contractor was retained to, among other things, repair the street in front of the Moncton Hospital, providing a three per cent slope in the roadway. The contractor solicited a bid from a paving trade who quoted to provide ‘fine grading only.’ The contractor responded with a letter confirming that “the supply and placement of underside gravels is by others,” and then issued a formal subcontract for signature. The paving trade, however, did not sign the subcontract back.

The paving trade smoothed out and compacted the base material which had been installed by others, and then installed the asphalt. A negative slope and pooling resulted and when the owner/contractor complained that the paving would have to be ‘padded’ to provide the required slope, the paving subtrade refused to do so unless it was paid for the work as a change. The dispute ended up in a court room.

Not surprisingly, the paver took the position that ‘fine grading’ did not include for establishing or setting grades. It argued that ‘fine grading’ meant smoothing out the granular materials to eliminate mounds and depressions, and that it was entitled to presume that the excavation and earthworks trade had set the grades properly. The contractor, of course, disagreed. It also argued that the subtrade (having reviewed the drawings) should have, at a minimum, advised that the grades were not sufficient prior to placing its asphalt

Although the New Brunswick Court of Appeal acknowledged the paving trade was required to do “fine grading only,” it was troubled by the fact the paving trade had led little or no evidence as to what this means. The Court stated:
“Neither party called an expert witness to outline, for example, general industry practices or expectations regarding the responsibilities of those contractors engaged in the building and paving of roadways. For example, no one testified as to whether the term “fine grading only” is considered a term of art and, therefore, its meaning is well understood in the road building and paving industries. Moreover, there is no evidence to explain the role of surveyors in the placing of grading stakes or whether it is customary for paving contractors to retain their own surveyor, so as to ensure compliance with the slope requirement. … And, finally, assuming it is the road builder who is responsible for achieving the slope requirement, is it the responsibility of the paving contractor to ensure the road builder performs its tasks in accordance with the plans and specifications attached to the underlying contract?”

The Court of Appeal refused to hold that “one subcontractor is responsible for ensuring that another subcontractor fulfills its contractual obligations.” Indeed, the Court found this to be a “dubious” proposition. It could find, however, no ‘palpable or overriding error’ in the trial judge’s decision that the paving trade was required to ensure the slope requirement was met prior to the laying of the asphalt. It held that “a common sense interpretation” of ‘fine grading only,’ however, is that it doesn’t include ‘rough grading.’ In upholding the trial judge’s decision, it also relied on the fact that the paving trades’ trucks included “slope meters.”

There are a number of lessons that we can take from this story. First, contractors and subcontractors should avoid the ‘battle of the contract documents.’ Here, the parties proceeded with the trade’s quote and the contractor’s letter back, with no signed agreement on terms. This circumstance should be avoided. All too often, the two sides are well into the work before they realize they are not on the same page. This can lead to disputes and legal fees.

Second, it is extremely important to set out the scope of work as clearly as possible in the contract documents. Here, both sides agreed that the paving trade was responsible for fine grading, but neither side confirmed who it was that was responsible to set the grades. This simple clarification would have avoided a lot of time, aggravation and expense. Both sides could have done this.

Third, we should take no comfort from the fact that the New Brunswick Court of Appeal would not hold that a subcontractor is responsible to satisfy itself as to the sufficiency of the underlying work. Others would argue that trades are, in fact, required to do this as an implied condition of their subcontracts. In addition, many contracts will make this an expressed contractual requirement. Finally, of course, a trial judge may take a ‘common sense’ approach to imposing such an obligation, even if the contract is silent on the issue — as occurred in this circumstance. Accordingly, if (for example) drainage depends on the work of someone who came before you, you should at a minimum confirm that you have not verified the grades before installing your work, so as to avoid confusion and disputes down the line.

Lastly, parties prepared for and went to trial for three days. This, after incurring the time and expense of (most likely) a couple of days of discovery, the exchange of productions and pre-trial procedures. They then prepared for and argued an appeal. After five years of litigation, the contractor ‘won’ and recovered $40,000 plus $6,625 in costs. In the end, he will have been lucky to have paid his legal fees out of what he recovered. Sometimes, who is right doesn’t matter: cooler heads have to prevail to get out of litigation

Robert Kennaley has a background in construction and now practices construction law in Toronto and Simcoe, Ont. He speaks and writes regularly on construction law issues and can be reached for comment at 416-368-2522 (Toronto) or 519-426-2577 (Simcoe) or at kennaley@mclauchlin.ca. This material is for information purposes and is not intended to provide legal advice in relation to any particular fact situation. Readers who have concerns about any particular circumstance are encouraged to seek independent legal advice in that regard.