While gypsy moths have stripped trees bare in parts of Ontario and Quebec, there are several control options available to create a line of defence for 2022

There ain’t nothin’ finer for a gypsy moth during its caterpillar stage than the lobed leaves of an oak tree. However, when it comes right down to it, just about any leaf will do.

“When it gets into huge populations, like we had last year, it really eats anything and everything. It was in people’s gardens, it was in people’s shrubs, trees, oaks, pines, everything,” explained David Dutkiewicz, entomology technician at the Canadian nonprofit Invasive Species Centre, which helps those fighting and controlling invasive species.

“The infestation last year, I think it was a bit of a surprise.”

The ugly, furry, many legged pest that wreaked havoc on trees in central Canada last summer is once again stripping trees naked this year, focusing largely on ever-widening swaths in Ontario and Quebec.

In Ontario, the focal point of the population explosion, aerial surveys by the Ministry of Northern development, Mines, Natural Resources and Forestry in 2019 identified 43,000 hectares of defoliation. In 2020, the defoliation exploded to 569,000 hectares in an area from Sault Ste. Marie to Windsor and east to Kempville and into southern Quebec.

The gypsy moth hasn’t yet been established in northwestern Ontario and isn’t considered a problem in the prairies and further west, although British Columbia does monitor it. Coastal provinces in the east and west also keep a wary eye with concerns about the potential for the gypsy moth to migrate through the shipping trade.

Following a relatively mild winter, the egg masses were largely able to survive and expand, and 2021 is becoming the year of the gypsy moth, with the possibility of doing more harm than the extreme defoliation caused by the pest last summer. 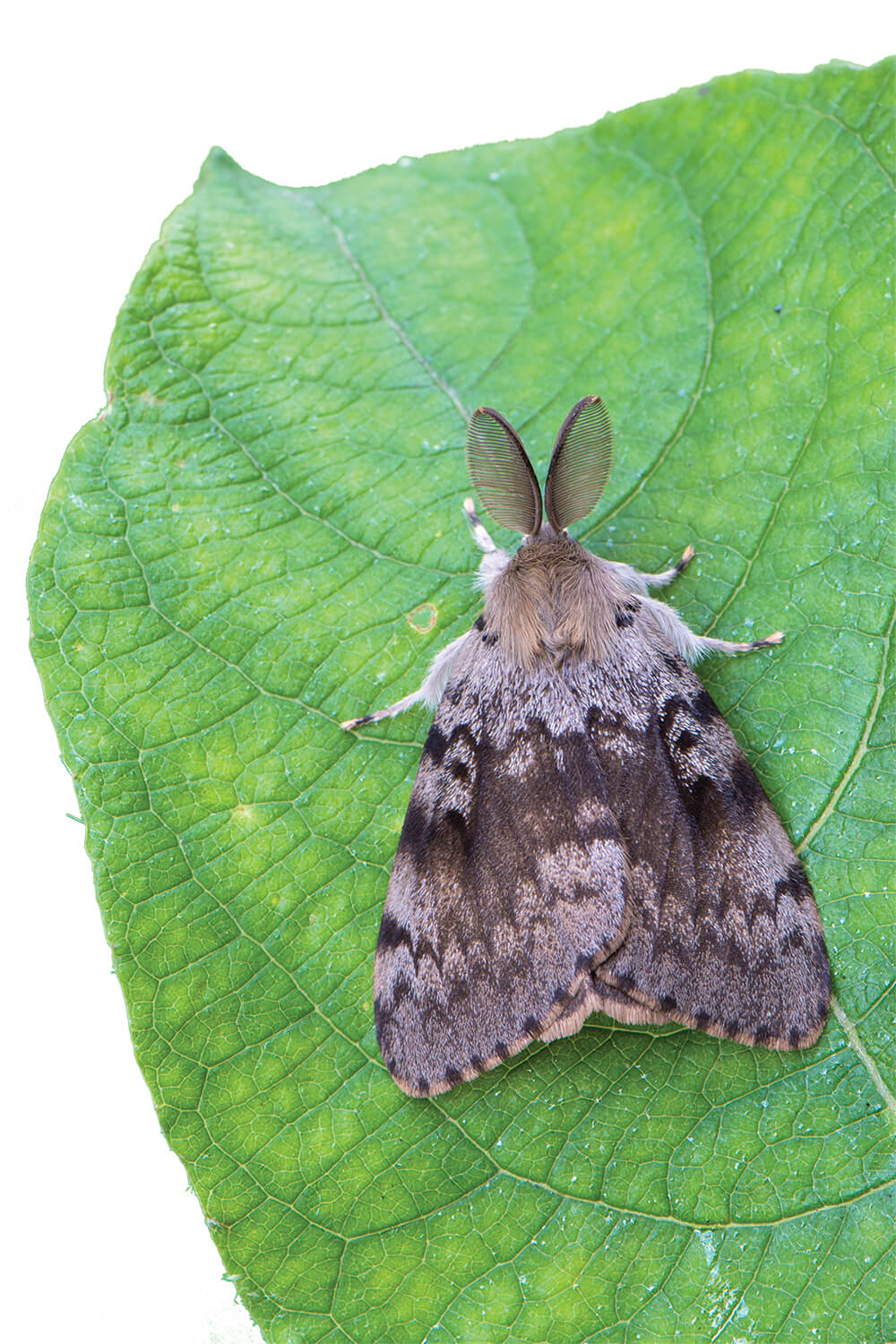 If they are able to largely satisfy their appetites early in the season during their larva or caterpillar stage when they feed heavily on the leaves, there may be enough time for the tree to develop a second growth in the season. However, two consecutive years of massive leaf loss can leave a tree vulnerable to diseases. Add on another year or two and that can end up being downright deadly for any self-respecting stand.

“We’re on the uptick of an infestation at the moment. It seems we’ve got a lot of trees that are already stressed,” observed Michael Petryk, lead program manager and arborist for the Ontario region of the nonprofit Tree Canada that promotes tree planting and nurturing.

“Most years can handle two years of defoliation at least, but if you’ve got a stressed tree, which we’re getting a lot of already because we’re seeing more years of drought, we’re getting site conditions that can be poor... and basically climate change is putting a lot of stress on these trees already and once you add an insect like gypsy moth, it makes it really hard for these trees to bounce back.”

Hardwood trees defoliated early in the summer can produce a second growth to make it through to the end of the season to help maintain their health. “It’s not going to be as vigorous as in good years, but at least it can still survive, it can pull water, it can still perform its functions,” Petryk said.

There are naturally occurring controls to keep the gypsy moth in check, but until they develop and do their thing, all humans can do is mitigate the situation.

The primary method of prevention against the pest is to get to the egg sacks. It’s a basic approach of simply scraping off the white or caramel-coloured mass.

A thorough scraping might be done of the entire tree through the help of an arborist who can reach the tree’s full height to prevent the return of the caterpillars later in the season or even the following season.

Landscapers can plan for next year by learning to identify the insects as well as the egg masses. Petryk said it’s also helpful to be able to distinguish a new egg mass from an old one to get an idea of what to expect.

The Manilla or buff-coloured masses have a felt-like or cottony texture and are often thumb shaped, lodging in the cracks and crevices of trees and also on manmade structures. While there is a tendency to look in the spring when the situation starts to appear more urgent, Petryk suggested looking for the egg masses in fall and winter as well, “because they have more options if they think about it early.

“If they see more white egg masses, than they see brown masses, that’s kind of a good sign. It means that the population is on a decrease.”

Another option late in the season — fall or early winter — is to apply dormant oil spray to attack the egg masses to prevent the larvae from hatching.

Some glimmers of hope have emerged with signs that its predators are active in 2021. Brought on by last year’s population peak, naturally occurring  bacterias and fungi that can rip through the population and return the insect to lower levels.

Allison Craig, manager of Urban Forest Health Services, an Ontario urban and commercial forestry consulting firm, suggested a series of controls once the gypsy moth larvae start appearing to bring it down to more acceptable and tolerable levels and mitigate defoliation.

“What they’re meant to do is protect the trees for that season and keep them green for that season. The following year, if populations are still high, you may need to intervene again,” Craig said.

Bacillus thuringiensis subspecies kurstaki, referred to as Btk, is commonly used as a control agent that can be sprayed to the foliage when the caterpillars are very young and start to feed typically around mid-May. The bacteria is naturally found in the soil and has no effects on the water system, humans, bees or worms, said Craig who described it as very environmentally friendly.

Treeazin can be injected into the tree when the caterpillars are starting to hatch early to mid May. The tree disperses it into the foliage, which the caterpillar then eats, inhibiting its growth and preventing it from going on to its next stage, meaning they can’t repopulate. Treezin is a bio insecticide, listed for organic use that needs to be applied by a licensed exterminator.

Once caterpillars develop into their furry fullness, burlap bands tied at the trunk of the tree at breast height can be used to create a trap by folding it over rope. “That will catch caterpillars as they go up and down the tree,” she said. “It’s not going to make a huge dent in the population, but it is something that could be done to protect your tree.

“In outbreak situations where you have a lot of caterpillars around, you’ll notice the number of caterpillars building up quite quickly under that burlap band so it’s a good idea to get out every few days and just scrape those caterpillars off into a bucket of soapy water and leave them for 48 hours.”

There’s a word of warning though. Craig points out that the caterpillars have pretty long hairs which contain histamines that can give people a rash if they’re susceptible to it at all. So she advises wearing gloves.

Some cities will also vacuum the egg masses right off the trees, which allows them to get right into the canopy.

Trees in infested neighbourhoods can be seen outfitted with sticky bands, cellophane wrap or wraps doused with Vaseline to catch the pests as they go up or down the tree. But those approaches come with a warning, other critters such as birds or even snakes can also be ensnared in sticky solutions.

Most of the damage of the gypsy moth is caused in May and June and ends when the caterpillar goes into the pupae stage. Around July or August, it emerges as a moth in adulthood when it flies off and does little damage until the egg masses develop.