The entire cast of award winners came together on stage in a wrap-up moment to a very memorable 40th anniversary awards night.

Share
Tweet
Mail
Pride was very evident throughout the annual Landscape Ontario Awards of Excellence presentations at this year’s Congress. The positive feelings came easy to every one of the 600 industry professionals in the room who understood that to win one of the awards requires talent, creativity and experience.

Karl Stensson of Sheridan Nurseries presented the top award at the annual show, the Dunington-Grubb Award. With Sheridan Nurseries celebrating 100 years in business, Stensson highlighted his family’s connection to industry pioneer Howard Dunington-Grubb. The award goes to the highest scoring construction project, which this year was presented to Edengrove Landscapes of Mississauga. 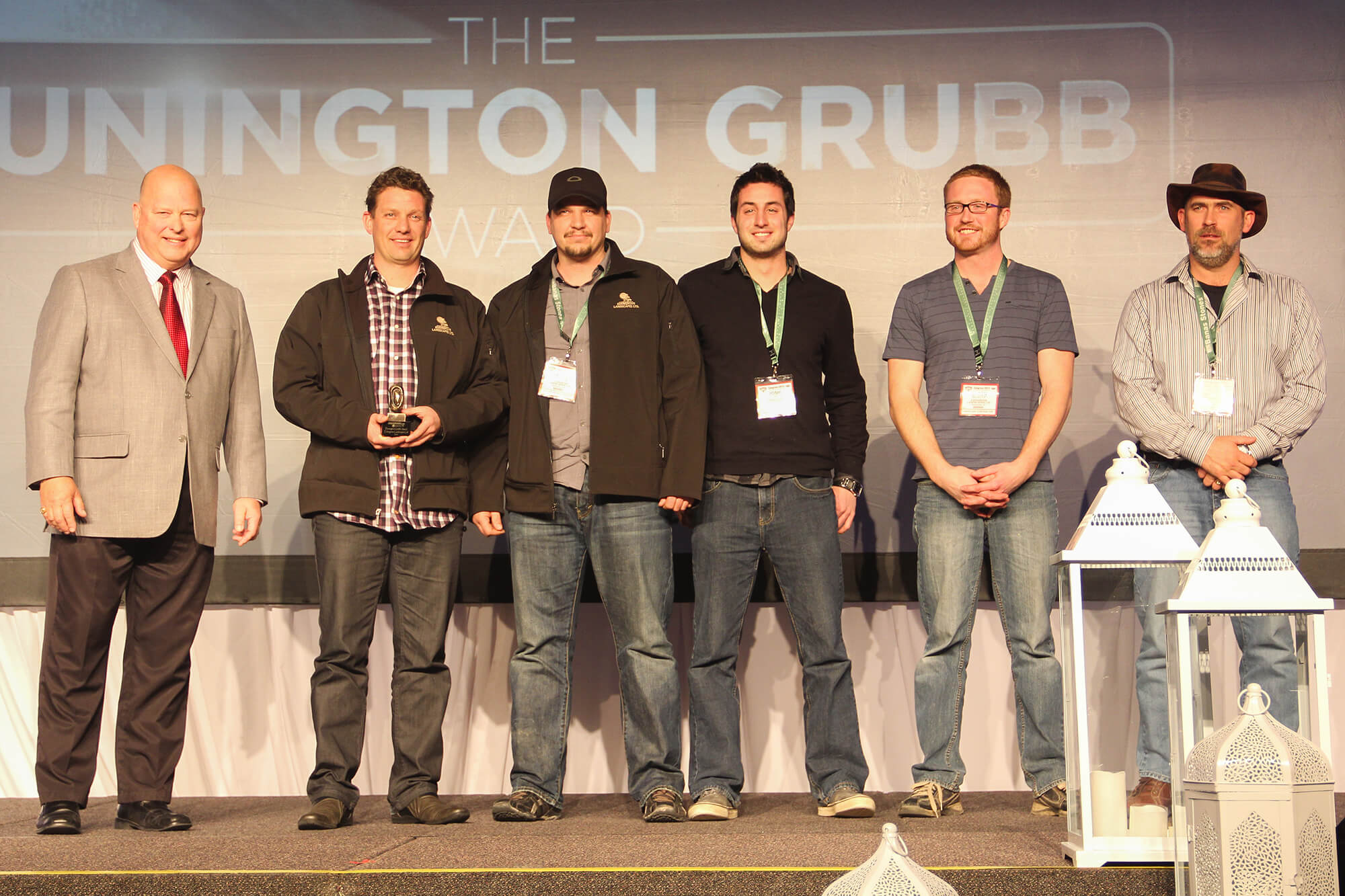 The Dunington-Grubb Award was presented by Karl Stensson to members of Edengrove Landscapes of Mississauga. Another special award handed out during the evening was the Casey van Maris Award, which was presented by Alex Zalewski, grandson of the trophy’s namesake. This year The Landmark Group of Thornbury received top marks. The award honours the memory of one of Landscape Ontario’s most influential and respected members. It is given to the project that achieves the highest marks for execution of unique and innovative design in landscaping.

Gregg Salivan presented the award named to honour his father, Don Salivan. This award goes to company judged to have entered the best grounds management project. This year, Shades of Summer Landscaping and Maintenance received the honour.

Garden Communicator of the Year Award went to Larry Sherk from Sheridan Nurseries for his many years of work promoting the industry. He was also involved in helping to create the Canadian hardiness zone map. Sherk researched the history of Sheridan Nurseries as part of the company’s 100th anniversary.

Well-known gardening expert Mark Cullen received two honours during the presentations. He was first recognized for his volunteer work promoting Canada Blooms, and then he was presented with the Environmental Award for creating the Trees for Life program. 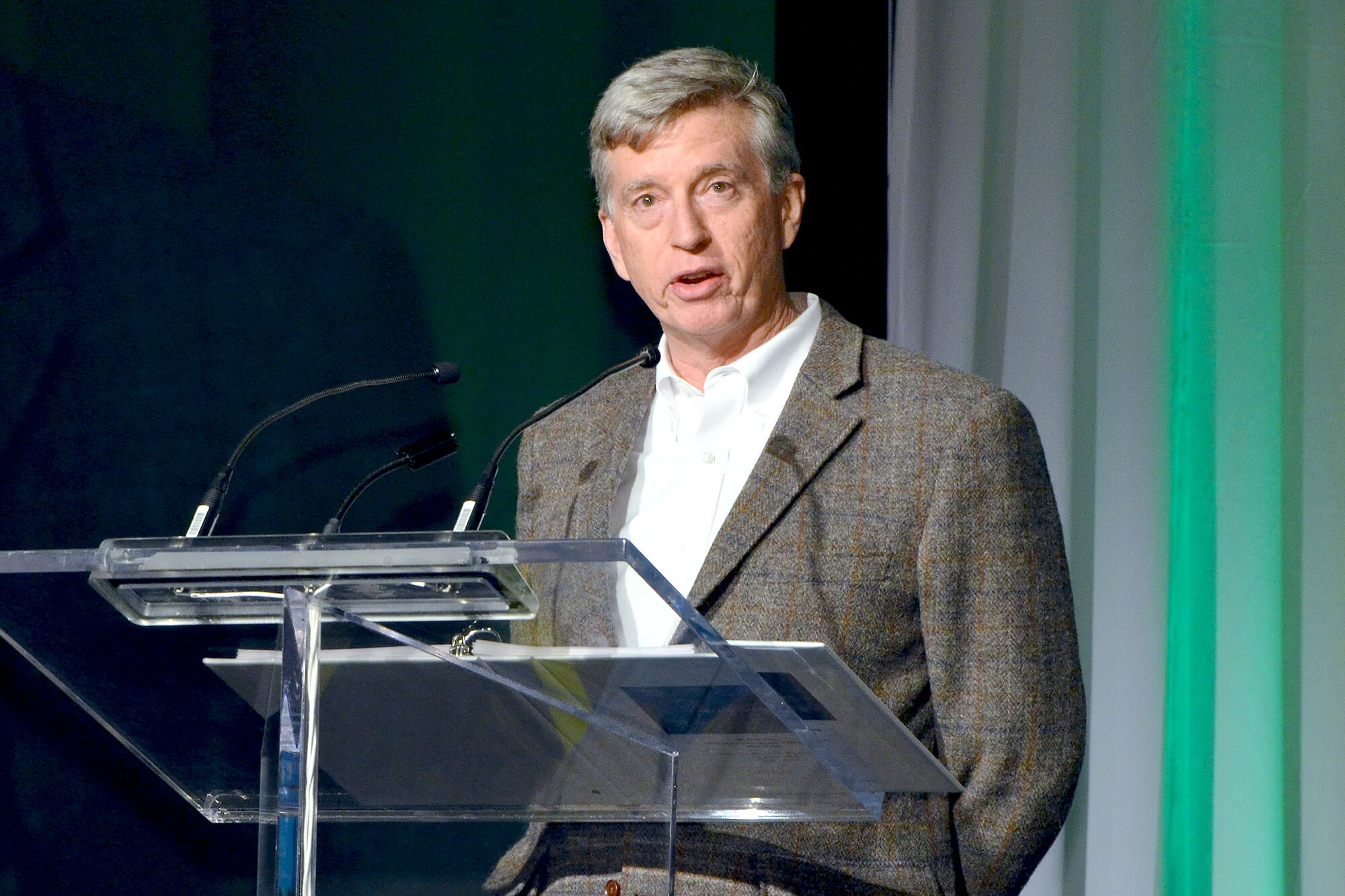 He spoke about the passion and believing in the association back in 1973. After the ceremony, he stated, “I think for myself and the other presidents before me, our vision did not go as far as what I witnessed that evening. After watching the program, seeing the many of the excellent award-winning landscapes and all the amazing programs and scholarships, this association has come a long way.”

The Past President’s Award was given to Rita Weerdenburg of the Canadian Nursery Landscape Association. Weerdenburg has worked for the growers sector for many years. She was Horticulture Review’s original publisher and editor. Readers now know the publication as Landscape Ontario magazine. 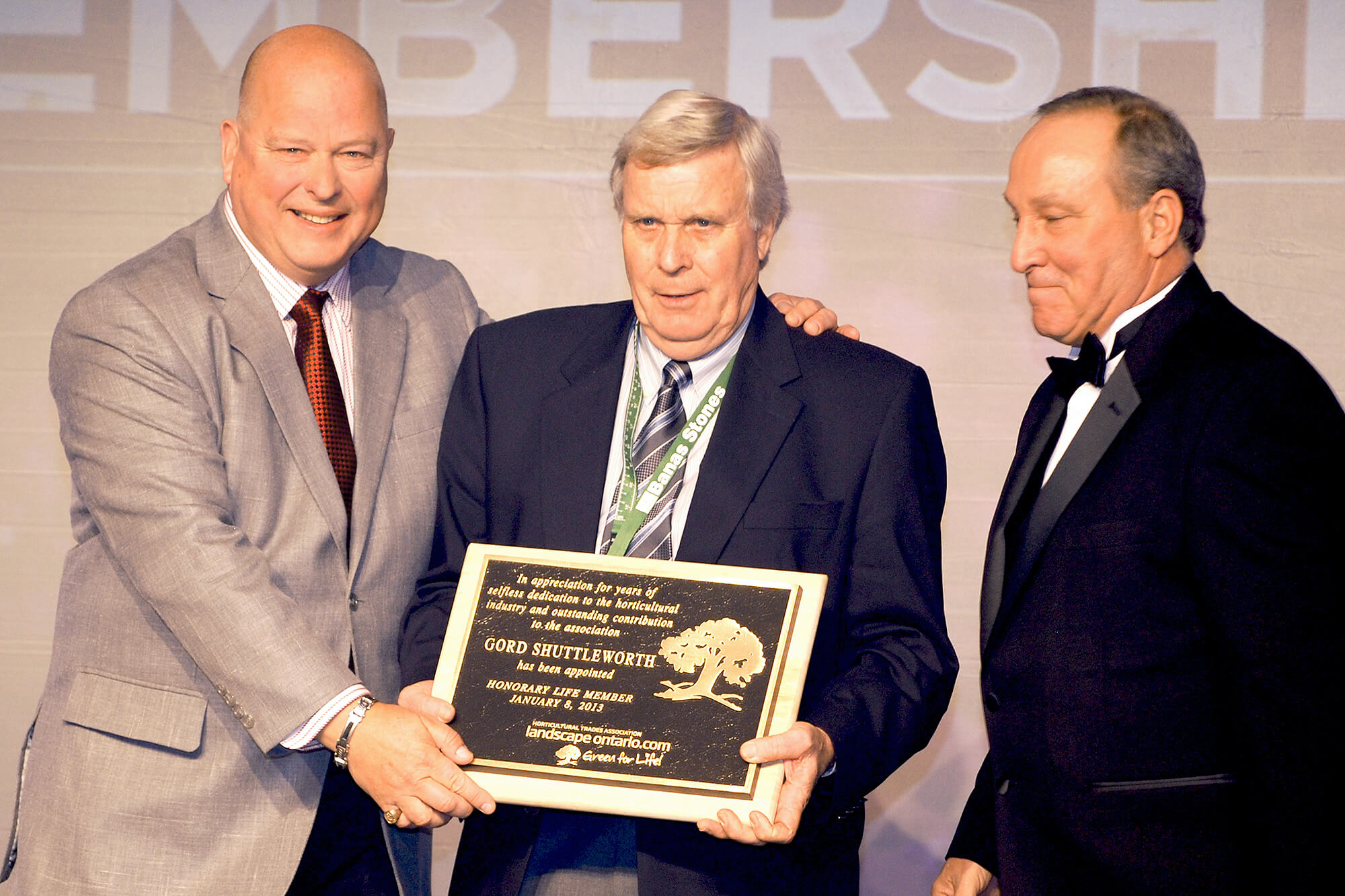 The 2013 Awards of Excellence was a special night for Shane Priaulx CLT from The Professional Gardener, Osgoode. He won a luxurious week-long stay in Mount Tremblant, Que., courtesy of the evening’s sponsors Draglam Salt and Earthco Soil Mixtures.

A special highlight of the evening was the reprisal of the now famous Joe Vander Something’s Landscape Rant. If you missed this spectacular re-do, it is on www.horttrades.com/landscaper-rant. You can see both the 2005 version and this year’s edition.

To view images of some award-winning landscapes and the complete list of construction and maintenance winners, see pages 17 to 20 in this issue. Also, watch for LO This Week e-newsletter for videos from the Awards of Excellence and Congress.
Share
Tweet
Mail