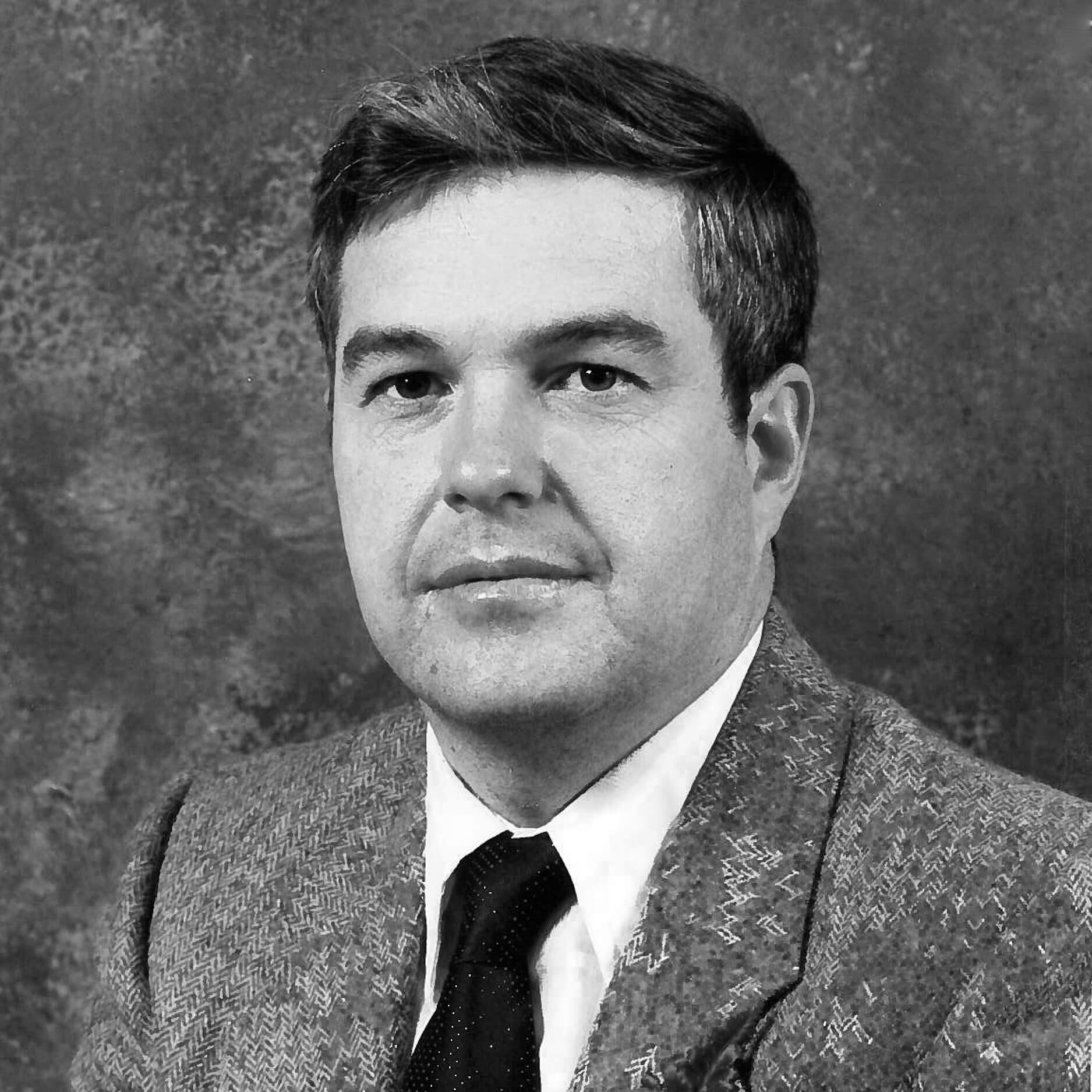 Bob Allen
When Bob Allen began his term as LO president in 1985, he said he sought the office of LO president because it was an opportunity to see the industry from the outside and inside. He saw his role as a front person on behalf of staff, providing a liaison between staff and membership.

“During my year I hope to get rid of the ‘We vs. Them’ syndrome that seems to have developed between membership and the board,” wrote Bob.

Looking down the road, Bob said that within the next five years LO should become a major voice of the horticultural trade in Ontario at all levels of participation, education, government and within the industry.

“People who are not members of LO at the present moment have to look at where they fit into the industry’s position in the future, as the industry becomes more professional through education and government legislation,” wrote Bob.

In his first column, the new president touched on the association’s purchase of a building. “It gives the members some fixed assets which will appreciate over time. It’s a tangible and marketable product, which can be returned to the open market. It will prove through the years to be a wise investment for both the industry and Landscape Ontario. We now have a permanent home.”

In 2019, Bob remembered his time as president, “The Ontario Association of Landscape Architects (OALA) was trying to get a defined status that would prevent any one other than their members from providing landscape plans for our clients. The process worked out that LO members would be granted OALA designation upon proof of ability.” He also remembers, A new chapter for Toronto west was established and existed for a while and was in turn blended back into Toronto.

At Congress 2019, Bob Allen was presented with the highest honour that can be bestowed upon a Landscape Ontario member, an Honorary Lifetime Membership Award for his longstanding volunteer contribution to both the association and to furthering the advancement of the profession.

Bob became a member of Landscape Ontario’s London Chapter back in 1975, a year after starting Bob Allen Horticultural Services. He held various positions within the chapter board, including treasurer and membership chair, and served as chapter president in 1981 and 1991 and provincial board rep from 1982 to 1998.

In 2019, he continued to serve as secretary on the Ontario Horticultural Trades Foundation board where he participated for many years.

Outside of the association, Bob volunteered and supported other organizations throughout his career. He has been a board member of Communities in Bloom since 2007, was LO’s representative on the Ontario Farm Safety Association, serving as chair from 1993 to 1996, and the Ontario rep for the founding of the Canadian Coalition for Agricultural Safety and Rural Health — a Canada-wide organization, of which he was chair from 1996 to 1999.

His other outside volunteer service was broad and numerous. Organizations include the Canadian Cancer Society, St. John’s Anglican Church, Ontario Park Association and Elgin Theatre Guild.

When Bob became involved with the Farm Safety Association in 1974, the landscape industry had no real representation. “We began to include more landscape-specific information in safety brochures. And, there were not many brochures available for our industry.”

Farm Safety was designated under the Workplace Safety and Insurance Act to eliminate workplace injuries in the province’s agricultural sector. The landscape industry was included under its umbrella.

Bob remembers that in the early 1970s the agricultural sector saw between 20 to 25 fatalities each year. The hard work and perseverance paid off, with those numbers now down to two or three a year.

It began slowly with few specific landscaping safety programs, but piece by piece brochures and programs were developed, and soon many industry members were convinced on the value of becoming more involved in safety procedures and programs.

Terry Murphy CLP, retired labour and education development manager at Landscape Ontario, remembers when the landscape industry was paying WSIB premium rates close to 10 per cent. After a few years, that rate dropped to 3.8 per cent through safety programs that were brought into play. “The Farm Safety Association really helped us with training and seminars, which saw the turnaround in WSIB premiums,” said Terry.

Bob Allen gives a lot of credit to others who served to improve the industry’s safety record. He says former Farm Safety chair, the late Peter Olsen of Royal City Nursery in Guelph, had a great deal of contribution to the process. Peter Olsen was also a past president of Landscape Ontario (1986).

He graduated from the Humber College Landscape program. He also obtained an Ontario Diploma of Horticultural Parks Management from the University of Guelph.

Previous to starting his business, he worked for the University of Western Ontario and Kettle Creek Conservation Authority.

Bob remembers when we started out in the early ’70s, when there was only one other landscape business in town. “St. Thomas was a smaller community then, and believe me, if you didn’t meet a customer’s expectations, word spread quickly. So, the first thing, of course, is to do business in an honest way and treat every customer — and every employee — with respect.”
He is proud to have had customers for 25, 30 and even 40 years. “We’ve even worked with some families through multiple generations. And I’d say the reason is the consistent level of quality we provided. On the maintenance end, for instance, we tried to be proactive, and to take care of things before a customer would even bring it up. The little things can make a big impact in customer service.”

He also built good relations with other local businesses in the green industry. “We decided long ago we weren’t going to get into construction work that required large equipment. Over the years there were plenty of customers who would call, looking for something that really wasn’t our specialty. We were happy to refer them to someone in town who would be a better fit. And down the line, the other companies would often send customers our way, who fit better with us. We were also fortunate to develop great relationships with businesses in our community across a number of industries and services.”

He advises members who want the community to support them, to show support for the community. “It really is that simple. However, if you’re going to take part in community building projects or committees, your motivation can’t be to promote your business; people can see through that from a mile away. But if you have a genuine interest in making a positive difference in your community, getting involved in programs like Communities in Bloom is a great way to meet people and to learn.”

Bob believes it’s important to set examples for your staff and train them so they understand your expectations. “You need to give them the latitude to do the job, without micro-managing them to death. Our staff knew that if I had given them a list of things to get done, but I had missed something, they could add it in themselves. They also knew that if a piece of equipment broke, they could take it to our repair shop and pick up a rental; there’s no sense having a crew sitting around all day because equipment broke.”

He also advises members to avoid putting all your time and energy into one big customer. “I’ve always said that I’d rather have 10 $100-customers than one $1,000-customer. The reason of course is that if the big client — particularly for commercial maintenance work — closes or goes bankrupt, you’ll be in big trouble.”

Bob Allen tells younger people in the industry that it’s important to allow your staff to have a good work-life balance. “We always tried to stick to a set schedule of eight-hour days, and we really didn’t work Saturdays. That way, our staff didn’t get burnt out and they were able to spend quality time with their families or their interests outside of work. I believe they were better employees because of it.”

After more than 40 years in the green profession, Bob scaled back his business to enjoy time with his family and travelling with his wife Ruby. The Allen’s funded a scholarship in 2014 designed to help mature students transition to careers in horticulture through the apprenticeship program at Fanshawe College in London, Ont.

After 41 years in Nov. 2016, Bob announced that it was time to shut the business down. Although he closed his business, remained as a director on the Ontario Horticultural Trades Foundation and a member of Landscape Ontario.

Another former president of LO, Tom Intven (2010-11), wrote in a letter of congratulations on Allen’s retirement, “Looking back over the past 40 years, you have had an amazing career, one of which you can be most proud. You have given so much to the community of St. Thomas, both professionally and personally. Your business has beautified countless homes and properties over so many years. Your involvement in the Down Town Development Board and Communities in Bloom has substantially contributed to the beautification of our city. In your lifetime, you have contributed significantly to the advancement of the horticultural industry and its appreciation in St. Thomas.”

Bob Allen’s work with Landscape Ontario over the years definitely achieved his initial goal as president, making the association what it is today.

Members of 1985 Landscape Ontario Board of Directors