Share
Tweet
Mail
The Ontario Ministry of Agriculture, Food and Rural Affairs has confirmed the presence of the brown marmorated stink bug (BMSB) in Ontario.

BMSB is an agricultural pest and attacks ornamental trees and shrubs. It overwinters as an adult in protected areas, such as outbuildings and homes, and can be a significant nuisance pest to homeowners.

The pest was first detected in Pennsylvania 15 years ago. Since that time, it has spread and has now been reported in 33 states (and counting). In Canada, the BMSB has not been found in any crops, however, it has been intercepted in some shipments of imported goods coming into several provinces including Ontario.

Experts have been saying it is likely only a matter of time before this insect shows up in the field. With the latest report, that time may here sooner than anticipated. The sample submitted by a homeowner in early June has been confirmed as the BMSB. It was discovered indoors in a home.

In a press release ministry officials stated, “We don’t know where this insect originally came from. It may have moved in with cargo or vehicles, or it may have over-wintered here, indicating a small and as yet undetected population has established itself in Ontario. When asked if a more specific location can be given, OMAFRA officials stated, “Since the insect was found in an urban area and indoors, they may not be reporting the location because others were not found and it is not known whether it arrived on its own or in a shipment of cargo.”

OMAFRA specialists and program leads are working with consultants, growers, the University of Guelph and other agencies to conduct a monitoring program in representative host crops through trapping and field surveying in 2011/12. Funding to purchase trapping equipment has been provided by the Niagara Peninsula Fruit and Vegetable Growers Association, Hort Crop Ontario, and the Northeastern IPM Centre (Great Lakes Vegetable Working Group).

BMSB was identified by numerous commodity groups as a pest of significance during the 2011 Canadian Minor Use Pesticide Priority Setting meetings.

The ministry says it needs to know where BMSB may be in Ontario. There is currently no management strategy for this pest. Based on the U.S. experience, it typically takes a few years before BMSB populations build to a level where it is considered a crop pest, or a nuisance to homeowners.

If you find suspect stink bugs, collect a sample and call the Agricultural Information Contact Centre at 1-877-424-1300 for details on where to send it. Place the insect in a leak-proof container, and kill it by freezing or adding it to rubbing alcohol or vinegar. 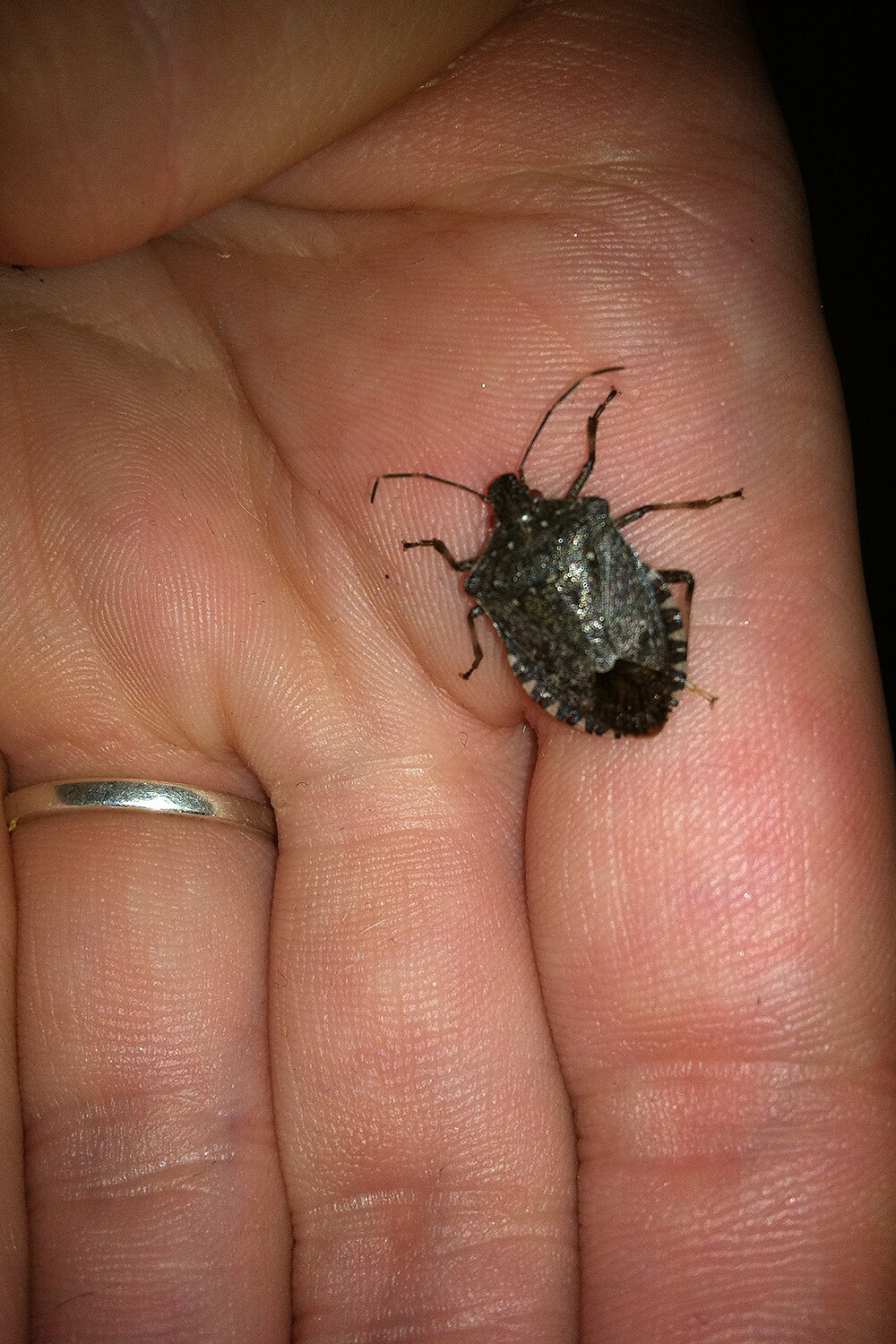