BY SCOTT BARBER
This July, the Trudeau government’s cannabis plan takes effect, legalizing recreational use of the drug across Canada for everyone 19 and over. Critics argue the federal legislation will make it easier for children to access cannabis. Others warn of a potential increase in drug impaired driving, adding police forces may have a difficult time detecting and enforcing drug DUIs due to the lack of a breathalyzer equivalent for cannabis. Meanwhile, business owners, including landscape professionals, are left to figure out what the new laws mean for their companies.
Tony Lombardi, owner of the Scarborough, Ont.-based design, maintenance and construction company Dr. Landscape, is calling out the “elephant in the room.” He says cannabis use is rampant in the landscape industry. 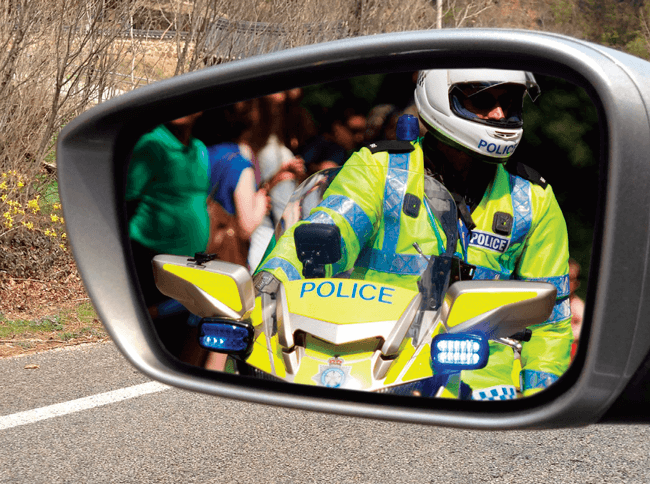 With recreational cannabis legalization, Lombardi is concerned the problem will get even worse. To mitigate his company’s risks, Lombardi now screens job applicants on whether they are cannabis users, and he has implemented random drug testing for current employees.
“I think the day and age of employers ignoring these kinds of issues is long gone,” Lombardi says. “I have seven crews, which means I have seven drivers with seven trucks on the road each day. I have liability and vehicle insurance, but what happens if one of my drivers is stoned, and I don’t know about it, and they cause a collision in a company truck?”
Lombardi takes his responsibility as a company owner very seriously. “I couldn’t live with myself if I knew that one of my staff members went out with my truck while impaired, and killed a child on the street,” he says.
The issue carries ethical, as well as legal and insurance factors. “If there’s an incident involving an employee intoxicated on drugs, driving a company truck or operating a piece of equipment on a job site, the Ministry of Labour and the police are going to get involved,” Lombardi says. “The first thing that’s going to happen in the case of a DUI, is I’m going to lose my insurance coverage. Not only will my company lose insurance protection, but it will also lose legal representation from the insurer. If the worst-case scenario happened and someone was catastrophically injured or killed, not only would I lose my company, but I could personally go to jail for negligence if it was found that I neglected due diligence to ensure my driver was fit to be on the road.”
The impact of legalization, and whether it will lead to a spike in cannabis use, is a hotly debated topic amongst politicians and public policy professionals. For Lombardi, who has worked in the landscape profession some 25 years, cannabis is already far too prevalent. “It’s almost like a plague,” he says.
Last season, Lombardi dismissed four employees after one crew member brought cannabis to work. Three members of the crew were let go because they failed to report a member of their team possessed cannabis in a company truck.

“I can tell you first hand what drugs do to the company’s bottom line, because I have witnessed it,” Lombardi says. “It is mindboggling how much it can kill productivity and hurt the overall demeanor of employees while they’re working.”

“I have to do everything I can as an employer to ensure the safety of my workplace and my workers, as well as our clients and the general public,” Lombardi says. “Each staff member at Dr. Landscape must sign our drug and alcohol policy.”

The policy affirms the company’s right to test employees’ urine for drugs with 24 hours’ notice. Each urine test costs about $10, and only takes a few minutes, Lombardi explains.
“The alternative is that we close our doors,” he says. “The risks are that high.”
Patrick Groom, a lawyer with Toronto, Ont.-based Sherrard Kuzz, works with business owners to create drug and alcohol policies, helping them comply with labour and employment laws as well as mitigate risk. Groom explains drug testing is permitted under specific circumstances (see side bar).
“Employers must remain vigilant and ensure any employee who is suspected of being impaired is investigated and, if necessary, tested as set out in the employer’s policy, regardless of the substance,” Groom says. “This is particularly important in the landscape industry, where employees routinely use motorized tools, sharp blades, transport heavy loads; any level of impairment can lead to serious injury.”
Drug testing, Groom adds, is permitted when its primary purpose “is to indicate the presence and extent of an employee’s impairment on the job.”
Historically, courts have taken a cautious approach to workplace drug testing, Groom says, “Primarily because testing methods were not able to measure current impairment due to the long period of time some drugs take to metabolize.”
In other words, did the employee fail the drug test because he is impaired right now, or because he may have used the drug at home last weekend and it’s still in his system? Legally, an employee can be dismissed for cause only when proven to have been impaired while on the job.
Fortunately, recent court rulings are pointing towards acceptance of oral fluid testing technology. Several police forces across Canada are currently conducting pilot programs to assess the reliability of oral fluid tests for roadside cannabis impairment evaluation, said Groom. Oral testing could become the equivalent of the breathalyzer, currently used by police to gauge blood-alcohol levels in drivers.

However, despite advances in testing methods that have improved reliability and minimized privacy concerns, “It remains to be seen whether oral fluid testing will gain widespread acceptance across Canadian jurisdictions in the workplace context,” Groom cautions.
In addition to the safety and liability issues associated with drug use, “landscape crews are often the face of the company when working at a customer site,” Groom says. “Clear, written policies concerning the use of medical marijuana and the prohibition of recreational marijuana use at work are important to ensure an employer’s brand and reputation is not tarnished by employees who smell of marijuana or appear to be impaired.”
Lombardi acknowledges that his hard line against cannabis has cost his company employees. In addition to the four staff members dismissed last season, Lombardi says applicants have told him straight out they won’t comply with a drug testing regime.
“Just the other day I had a phone interview with someone applying for a horticultural technician foreman position,” Lombardi says. “I explained that Dr. Landscape is a drug- and alcohol-free company, and that in order to run a reputable and responsible company, we have policies in place where every employee is subject to random drug testing. Right away, this individual told me he wouldn’t do it. ‘I smoke marijuana, that’s my personal choice,’ he said.”

Some staff members and job applicants have told Lombardi it’s not fair for the company to regulate what they do on their personal time. Lombardi counters that if an employee fails a drug test, how is the company, or a police officer in the event of an incident, or an insurance company, going to be able to tell the difference?
“As a business owner I feel like I don’t have a choice,” Lombardi says. “I have a young family. I have employees with mortgages and kids at home. I am not going to lose everything because of pot.”

Yes, employers can test for drugs

Patrick Groom lines out four periods in which employers, in general, may wish to conduct drug tests. Not every stage has gained widespread acceptance across all Canadian jurisdictions, so he recommends consulting an employment lawyer in your area for specific legal advice.
Pre-employment and pre-access testing An employer may wish to test an individual before hiring or permitting access to a work site. However, Canadian courts have typically held this type of testing is not permitted, because it neither demonstrates impairment at work nor predicts future impairment.
Random testing An employer may seek to implement random testing to deter employees from working while under the influence of drugs. However, due to problems with the reliability of various tests and employee privacy concerns, random testing is only permitted in very rare circumstances. In a non-unionized workplace, Canadian courts have permitted random alcohol testing where: (i) an employee works in a safety-sensitive position in a dangerous workplace; and (ii) there is a general substance abuse problem in that workplace.
Post-incident and reasonable cause testing After a significant workplace accident or “near miss,” an employer suspecting impairment may require post-incident testing. Similarly, if an employee’s actions suggest impairment (e.g., slurred speech and/or the smell of marijuana), an employer may wish to test the employee. This is called reasonable cause testing. Testing in both of these contexts is generally permissible, provided the workplace has appropriate policies in place identifying circumstances in which testing may occur. A clear written policy outlining this procedure is essential to ensure an employer’s
ability to conduct and rely on such tests.
Return-to-work testing Testing may be appropriate when an employee returns to work following treatment for drug dependency. Such testing is common, and typically part of a return-to-work program or a condition of a last-chance agreement stipulating that a positive test result will result in termination. Ongoing testing for monitoring purposes may be appropriate for employees returning to work from drug dependency treatment.