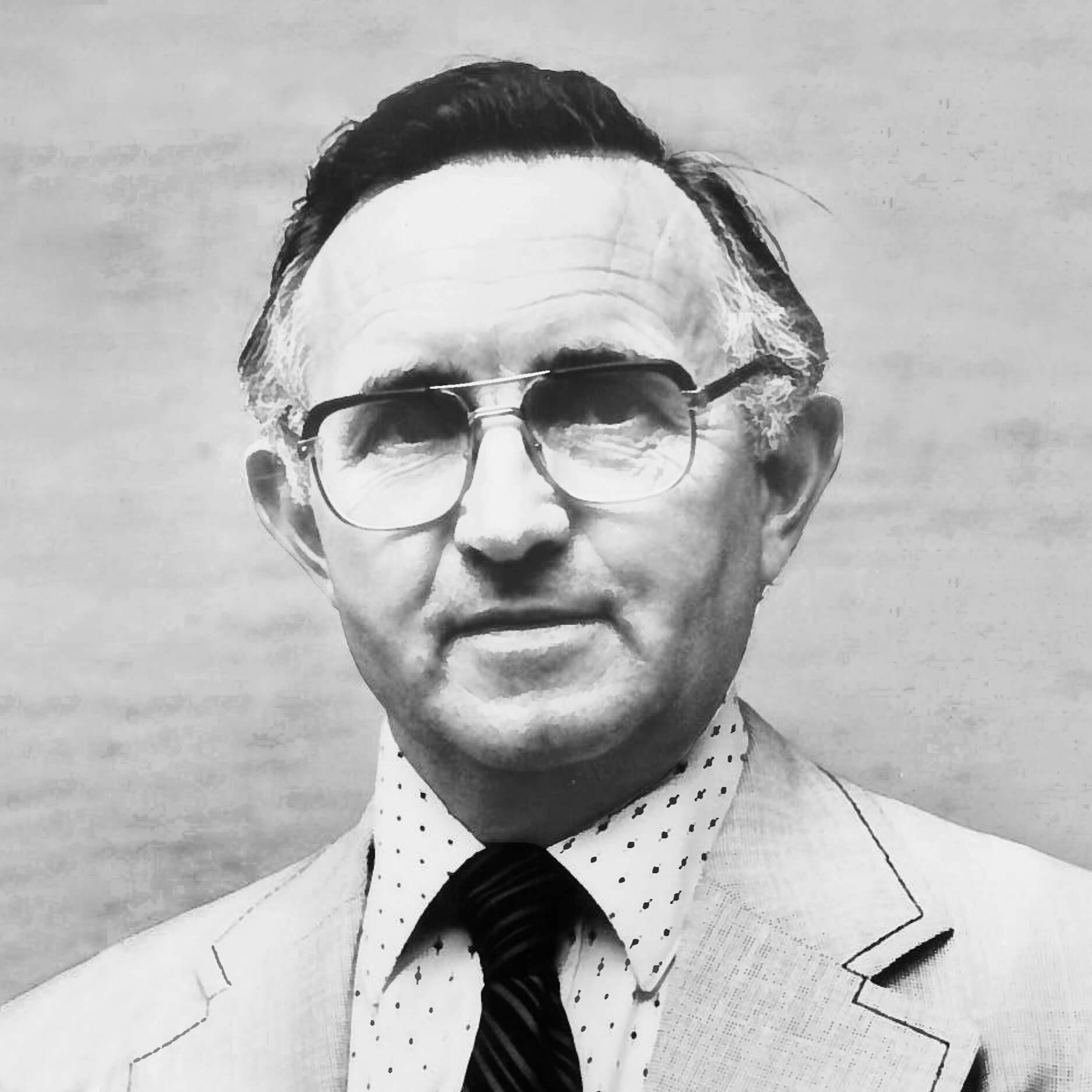 Casey van Maris
After Casey van Maris passed away in 1997, at the age of 64, there was a collective voice that stated, “Landscape Ontario lost one of its most influential and respected members, a founder of the association - Mr. Casey van Maris.”

To honour the memory Landscape Ontario’s second president, a special award was developed to carry on the legacy of “a great friend to the association and industry.” The Casey van Maris Award is given to the project awarded the highest marks for execution of unique and innovative design in landscaping.

Long before Landscape Ontario was formally created on Jan. 24, 1973, Casey van Maris worked tirelessly behind the scenes to convince industry members on the advantages of combining small associations that served the respective sector groups.

Following months of negotiations among the Ontario Nursery Trades Association (ONTA), Ontario Landscape Contractors Association (OCLA) and Ontario Garden Maintenance and Landscape Association (OGMLA), it was agreed to create one association to represent them all. A proud time for Casey.

University of Guelph professor Glen Lumis said of Casey, “He was an innovator who was always ready to try and perfect an idea.”

Casey campaigned in a public manner through his column, Casey’s Corner, published in the industry’s newsletter, the Landscape Gardener. In 1976, he was given the Garden Writers’ Award for his columns.

In his column of June 1972, he outlined his proposals for unity of the associations of the horticulture industry. Each association was to have two members on the unified board for a one-year term. Board members would appoint chair, co-chair and secretary-treasurer.

“In my opinion, we must unite in order to gain our fair share of the consumer dollar, and united we could rise to become one of the most important industries in the province,” wrote Casey.

He also proposed that the association be divided into Chapters, with each Chapter divided into groups for growers, garden centres, contractors, maintenance, florists, sod growers and greenhouse operators.
The Chapters that composed Landscape Ontario were Hamilton, London, Ottawa, Toronto and Windsor. The commodity groups included growers, landscaping, garden centres and maintenance. The sod growers were to come into the fold, but pulled out before Landscape Ontario became reality.

A few months after the association was officially formed, van Maris wrote, “We need Landscape Ontario as a potent, driving force for our industry. Through our collective (united) strength, we can make things happen and work for us without waiting for ‘panic situations’ to arise, requiring all of us to scramble around madly in an effort to correct the situation. I feel many benefits will result in our second year, 1974.”

Name: Casey van Maris
Hometown: Agincourt, Ont.
Born: 1933
Company: Parklane Nurseries
Volunteer Record: First LO and OCLA president
Awards: Casey van Maris Award, CNLA Presidents Award, Honorary Life Member Award
At the end of his term, Casey wrote in his President’s Message that he was happy to report that after a two-year trial period that the three founding associations agreed upon, all three voted to dissolve the former associations in favour of continuing on with Landscape Ontario.

In his final president’s column, Casey had a message for those businesses not joining Landscape Ontario. “For those watching from the sidelines the past two years to see if L.O. could do the job, it is time to start pitching in. There are many men in our industry who are capable and talented. I challenge you to repay this industry the debt that each of us owe. This industry has given all of us an education and a darn good standard of living and above all a trade that we really enjoy,” wrote Casey.

In that same column, Casey listed three issues that the association needed to address at that time. Those issues included hours of work regulation, farm classifications and Workmen’s Compensation rates.

On Oct. 21, 2015, Casey, along with Peter Olsen and John Wright were remembered with tree dedications at Landscape Ontario's home office. Families and provincial board members gathered for the ceremonies.

As well, a scholarship under his name was created for secondary students entering the first year of a ‘post-secondary ornamental horticulture program of an accredited educational institution.’ Candidates are chosen based on transcripts and a two-page essay on why they want to enter the horticultural industry.

Casey arrived in Canada in 1956, with $25 in his pocket. He had lived in England for a number of years, after moving from his homeland of Holland, where he became quite adept at soccer. In England he lived on Parklane Circle. He later used the name for his company in Canada.

He married Monica in 1957. She had arrived in Canada in 1954 from British Guiana. The couple had six children.

After forming the business, Monica took over the bookkeeping, secretarial work and handling calls from the public. “I was the person customers spoke to, so I had to be nice to them,” says Monica with a smile.

With a small truck and a background in horticulture, Casey and John van Roode began Parklane in Scarborough in 1958. The first few years were tough during the winter with the partners taking on jobs, including waxing turnips, selling cabbage from their basement, delivering fuel oil and ploughing snow. In 1972, van Roode sold his shares of the business to Monica.

The company provided landscape design, construction and maintenance. In his homeland of Holland, van Maris had trained as a landscape architect.

His work in spearheading the Ontario Soccer Centre project in Vaughan was acknowledged in September 26, 2002, with the official opening ceremonies of the Casey van Maris Soccer Centre. Celebrating its 25th anniversary, the Whitchurch Stouffville Soccer Club dedicated a plaque in honour of Casey van Maris.

Then in December of 2015, York Region Soccer Association officially inducted Casey can Maris into its Hall of Fame under the Builders Category to honour his contributions to the sport.

Casey van Maris had many achievements in horticulture, business, sport, and construction. He brought his drive and skill to ensure success in each and every aspect of those challenges. But, his work to help create Landscape Ontario required great foresight. Today’s industry members can very thankful for that.

Read more on Casey van Maris or read some of his columns.

Members of 1974 Landscape Ontario Board of Directors