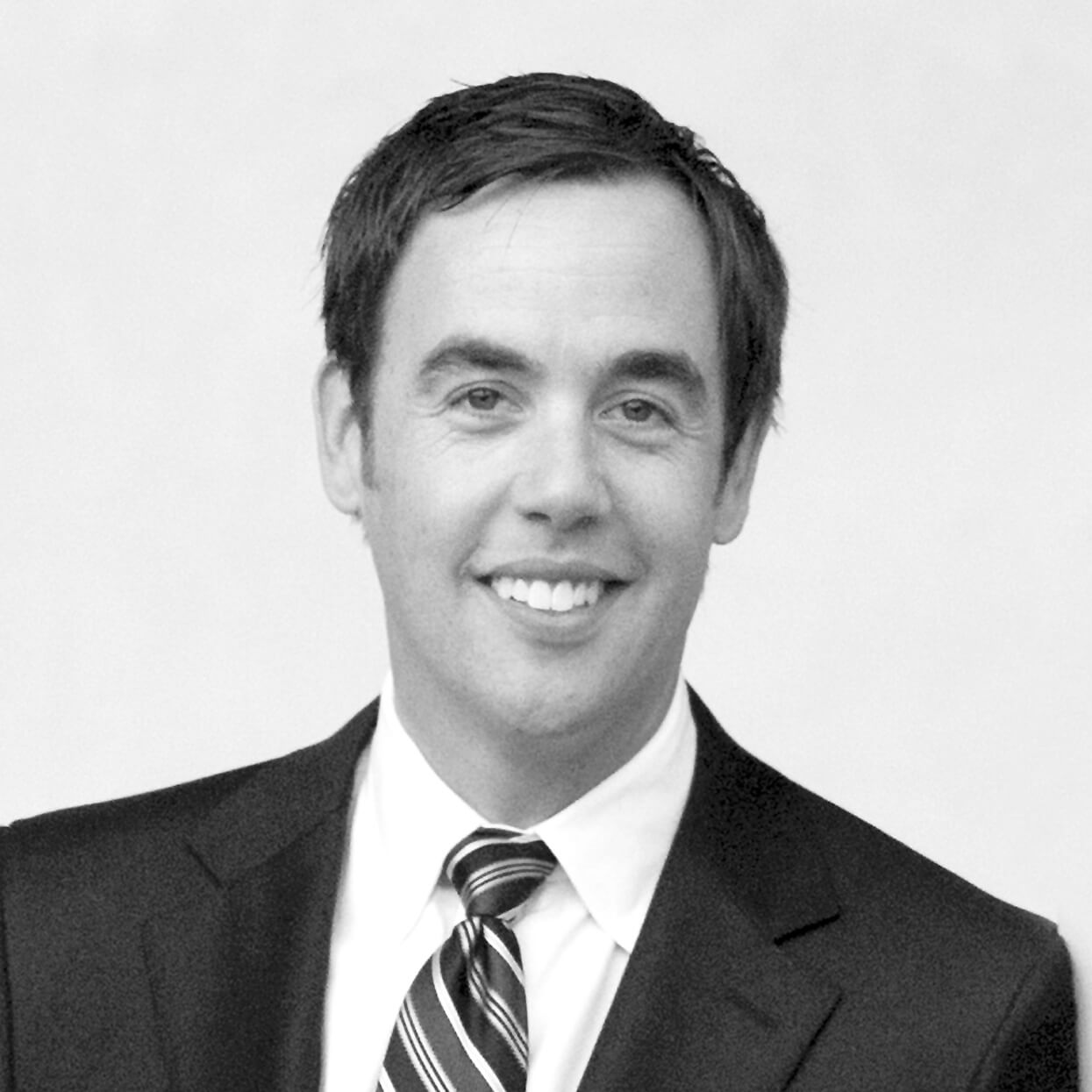 Dave Braun
When Dave Braun assumed the presidency of Landscape Ontario in 2014, he was the third generation of his family to serve his industry.

His grandfather Frank Braun, was a member of Ontario Nurseryman’s Association in the 1950s, while Dave’s father Peter won the Trillium Award in 1999. The award is given only in exceptional circumstances to an individual achieving an outstanding contribution in the field of horticulture, such as the development of a new plant or technique, or for the design of an outstanding project. Dave won the Frank Ewald Jr. Award in 2011.

When Dave took office, he said that as the new president of Landscape Ontario, his role was to serve and represent the members. “LO is a healthy organization that I want to continue to elevate. Together, we can create even greater value for our members.”

He believed that if Landscape Ontario is meaningful to members, increased membership will result. He said that every member has his or her own idea of what benefit they receive from being a member of LO.

Dave Braun’s background isn’t the normal story of growing up in a family business. Even though he is third generation at the family business — Braun Nurseries in Mount Hope — he didn’t spend a great deal of his youth working at the business.

“Most of my time growing up was working at outside jobs such as managing our local tennis club and having my own student painting franchise,” said Dave. “I was encouraged to experience all opportunities.”

One of those opportunities was taking on the job as president of the student council at the University of Western Ontario in London. It was a one-year paid position.

When he left the president’s job, Braun was immediately drawn to the vocation that had captured the life-long attention of his father Peter and grandfather Frank.

“I’ve always been so proud that my dad grows trees,” says Dave. “Members of our industry have the honour and privilege to make the world a better place. The more we do, the stronger our communities become.”

“I learned about our trees from the bottom up. After university, I started as a field worker learning about all the various parts of the nursery.  I then became our tree tagger which eventually led me to nursery sales.”  This coming February will be the two-year mark of his father’s retirement, when Dave was named the company’s president.

Dave first became involved in Landscape Ontario as a member of the Growers Sector Group. He took on the job of being chair of the group, which brought him onto the provincial board of directors. From there, he became LO’s treasurer, and for two years served as the association’s first vice president.

The family business was established in the early 1950s in Hamilton, by Frank Braun, who fled communist Czechoslovakia in 1948 with his wife Hilda and children Peter and Hana. While working in various jobs, including warehousing and construction, Frank worked on weekends and evenings to enhance the landscape of area residents.

The nursery has grown to over 1,100 acres and is considered one of North America's best producers of caliper trees. Through the leadership of Frank’s son Peter, the landscape business grew considerably and the garden centre was sold. During this time, Peter made a significant impact in the nursery industry with the invention of the continuous-wire basket — a simple and elegant construction designed to save time. The wire baskets are now made on premises and supply the North American market.

“Our wire basket division soon took off and became a major part of our company,” says Dave. “It also allowed us to attract and retain first-class people because we were able to offer full-time, year-round employment.”

Dave’s first column in January 2015, he wrote, “It’s with a great deal of humility and appreciation that I write to you as your new Landscape Ontario president. While the role of president is a leadership position, my function is much more about serving and representing our members.”

He went on to write, “Our members make up the real green industry. Our missions (and profits) are uniquely aligned with creating safer, healthier and stronger communities. The more work our businesses do, the more successful our communities become. Planting trees and enhancing the landscape improves the quality of our air, reduces energy needs, creates safer neighbourhoods and leaves a legacy of beauty.”

Dave believed that members of LO consistently share their knowledge with others. “We all know there’s no easy way to grow a business, but we are so fortunate to learn from and share with our fellow members.  One very successful member shared with me that if he attends a meeting with ten people and shares one good idea, he’ll get nine other great ideas in return and be much further ahead. The LO model is one of generosity, long-term thinking, and pragmatism; one that has helped hundreds of our members grow their businesses many times over.

Whether members are landscapers, garden centre owners, growers or designers, we believe in the philosophy, ‘We’re all in it together,’ instead of, ‘You’re on your own, and you have to fend for yourself.’”

He concluded, “Clearly, the business environment in which my grandfather operated is much different than the one in which we work today. We all realize that the world has changed and that we must change with it. Change is now a constant; our industry is increasingly competitive, regulated, litigious and global in its reach. Now, more than ever, we need to continue to help each other.”

He went on to write, “Thanks to the visionary leadership of past members who made this transaction possible, we have unprecedented financial strength. The land sale puts us on course to have budget surpluses for years to come. The promise of our future is limitless. But success is not guaranteed unless we continue to listen, engage and lead.”

One of Dave’s goals when he began as president was increasing membership.

In his final column, he wrote, “When I started my term as Landscape Ontario president two years ago, I wanted the direction for the organization to be, ‘Growing Together.’  We sure have. I’m proud to report that thanks to the visionary leadership of volunteers and staff, our organization is the strongest that it has ever been.”

Over the two years of Dave’s presidency, LO membership grew from just over 2,100 to just over 2,500. He wrote, “The increasing membership has allowed for LO to reinvest in members and chapters, while having continued surpluses. Most importantly, a growing membership demonstrates that people in our industry see the value in our organization. Being a member of Landscape Ontario continues to be relevant to business owners and meaningful to the public who choose to work with us. Chapter events are better attended and our members more engaged than ever. There is a level of enthusiasm and excitement for our industry that I have never seen before, and LO is leading the way in bringing people within our industry together.”

Another major event during Dave Braun’s term in office was the launching of the Highway of Heroes program. Two official ceremonies kicked-off the ambitious campaign to honour Canada’s war dead with the planting of 117,000 trees along Hwy. 401.

The ceremonies took place Nov. 6 at each end of the Highway of Heroes. It’s the section of Highway 401, from CFB Trenton to the Coroner’s Complex in Toronto, where Canada’s fallen service men and women are repatriated. Since 2007, thousands of people have stood on overpasses to pay their respect as motorcades made their way along the 401.

In his final column, Dave wrote, “I know for certain that my term as LO President wouldn’t have been nearly as enjoyable, or as successful, without the help of many people. First and foremost, I would like to thank Tony DiGiovanni. Tony is a visionary, a team-builder, a diplomat and a selfless, hard-working leader. I will forever appreciate Tony’s generosity and friendship. I could not have had a more thoughtful, engaged and supportive executive and board of directors. I am so appreciative of your dedication.

“I have SO enjoyed being your president for the last two years. Meeting and interacting with our members have been an honour and a privilege. I have learned that the people and businesses that are the most successful are those who have the attitude of selflessness and generosity. When you plant a tree that you may never sit under yourself, you are contributing something much larger than right now.”

Members of 2014-2015 Landscape Ontario Board of Directors