Melissa Spearing, following in her father’s footsteps as a student at Niagara Parks School of Horticulture, takes a group of growers on a private tour of the beautiful Niagara Parks gardens. Melissa is a second-generation grower at Ground Covers Unlimited. The tour group was treated to an incredible dinner catered by the school’s own chefs.

Share
Tweet
Mail
The growers’ tour in 2009 set a record for attendance at 104. This year smashed that number, when 120 people climbed aboard two charter buses to visit six sites in the Niagara area.

The following companies were thanked for the sponsorship of the 2010 Summer Tour: ASB Greenworld, Gro-Bark (Ontario), Nursery Supplies and Plant Products.

The photographs on this page reflect some of the amazing sites and people visited by the growers. 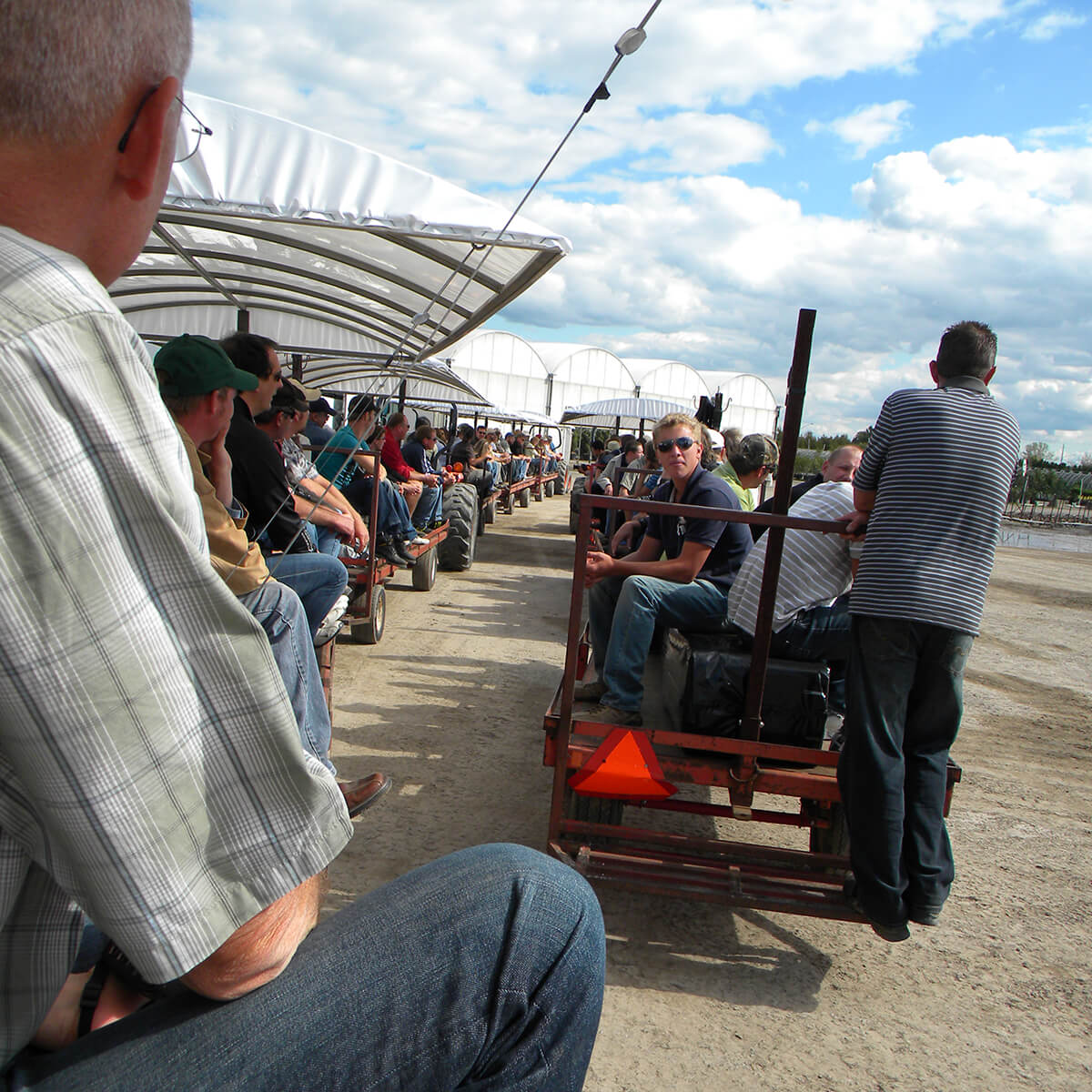 Mori Nurseries accommodated the extra-large group of growers with tractor-drawn wagons and took the participants on an in-depth tour of its large container production yards, guided by Rob Thompson. 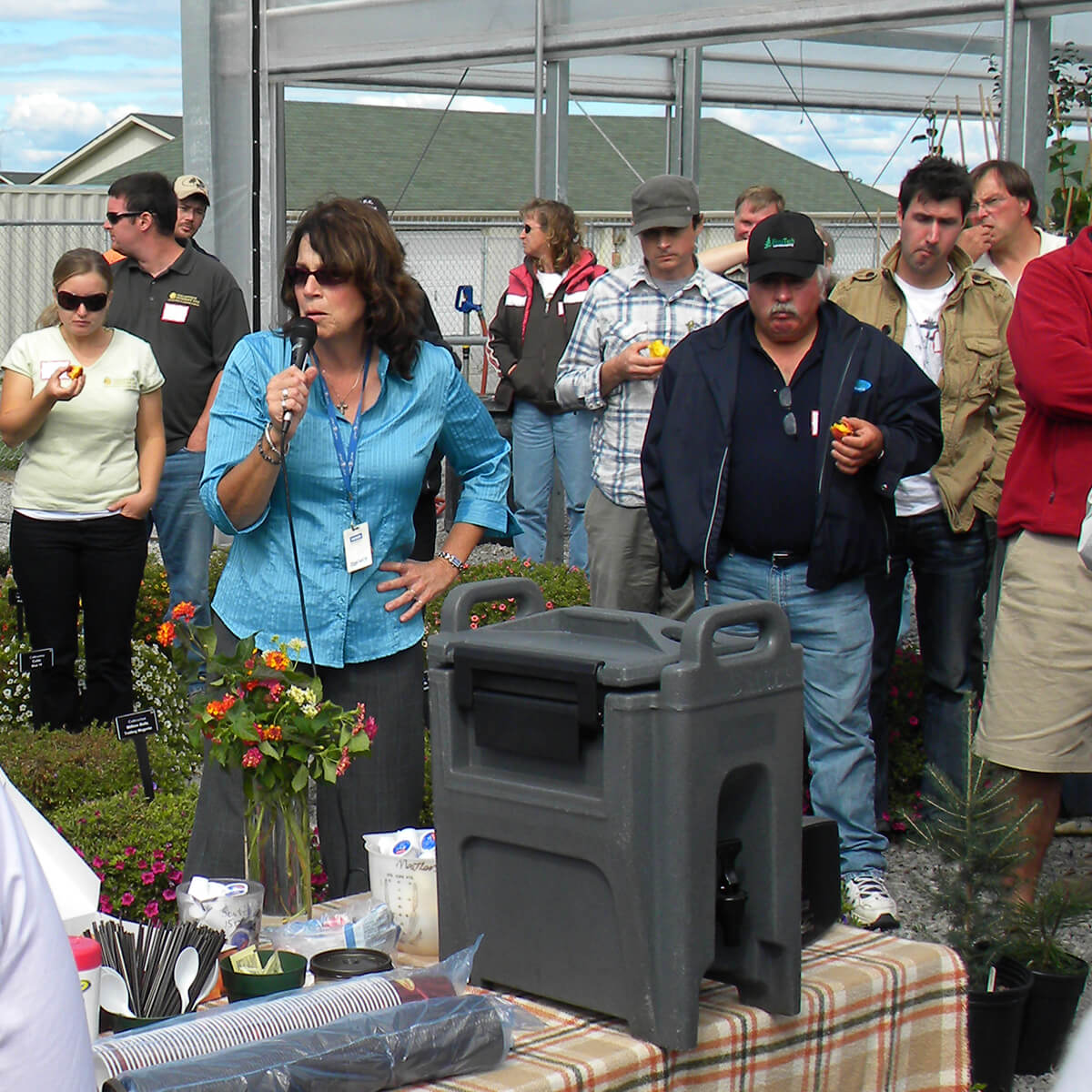 All 120 attendees packed in the gravel yard surrounding the retractable-roof greenhouses at the Vineland Research and Innovation Centre, where Dr. Hannah Mathers gave a brief summary of her accelerated liner trials. 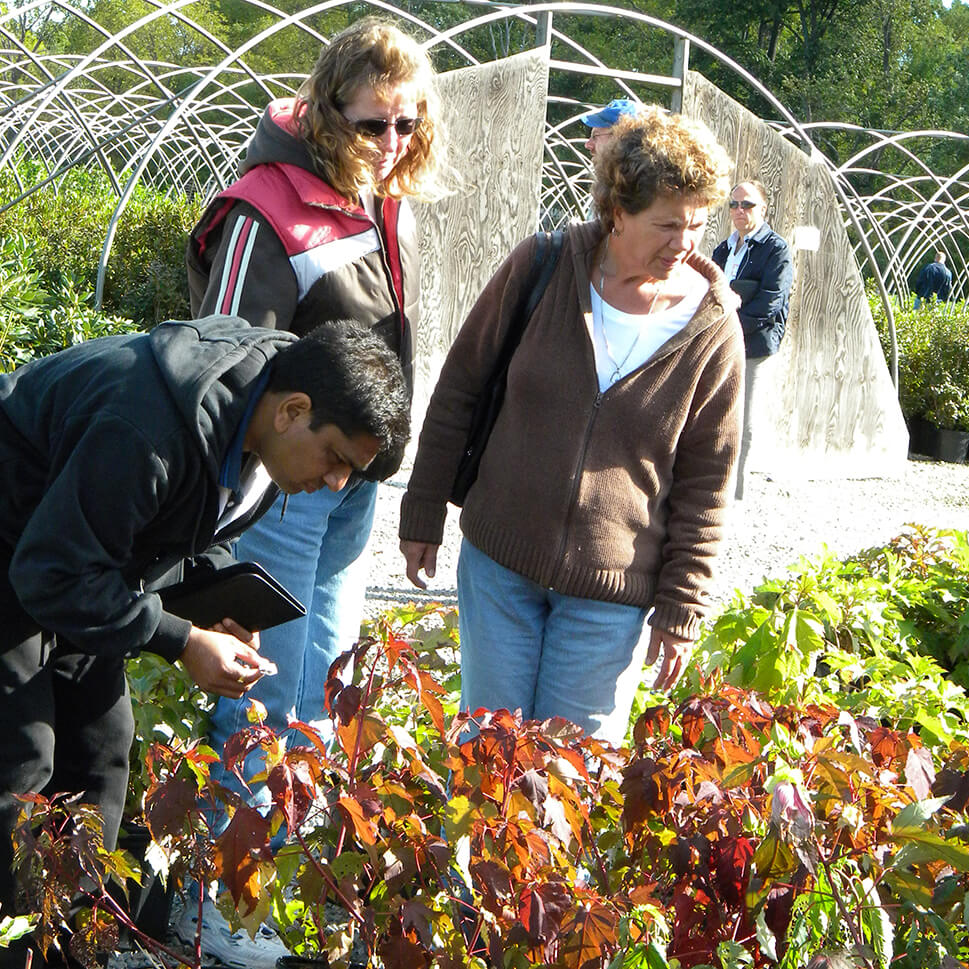 Blue Sky Nursery wowed the tour participants with its high quality plants. The tour was greeted by owner Alice Klamer. Here members of the growers’ tour check out some of the plants at Blue Sky, known for ericaceous shrubs, flowering shrubs and herbaceous perennials. 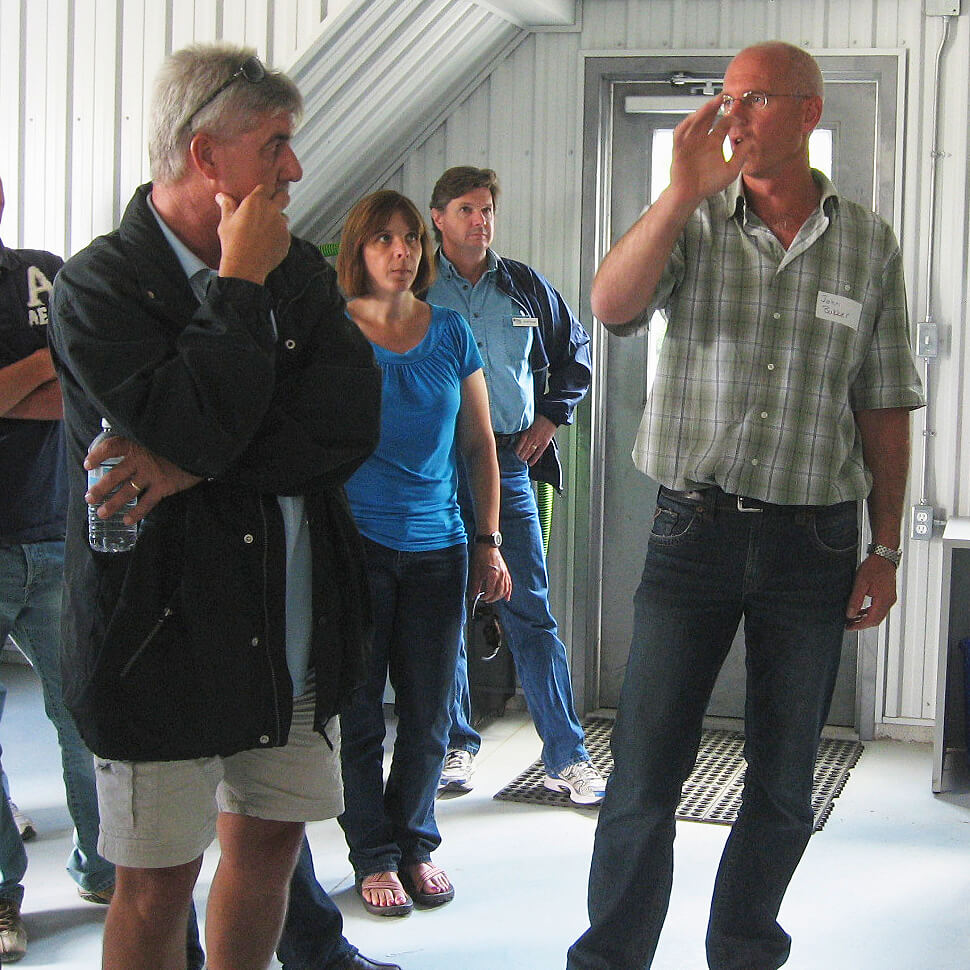 At J.C. Bakker & Sons, participants were taken around the nursery in smaller groups for an in-depth look at the nursery’s production practices. John Bakker III gives a tour of their new irrigation control room, where environmental sensors are used to run the irrigation program in the container division. 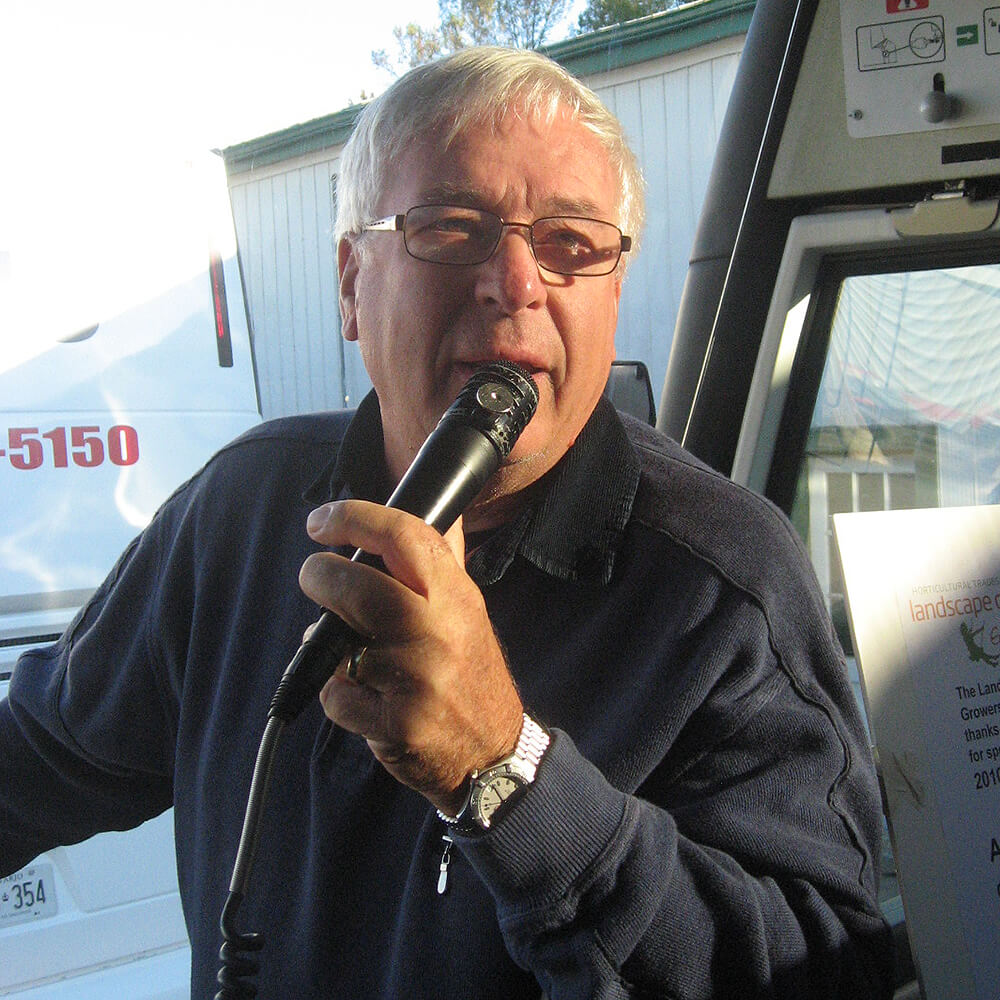 Cor Vanderkruk gives a detailed history of Connon Nurseries CBV Holdings, from its inception as a garden centre to a thriving wholesale yard and a multi-farm production facility. In the last 10 years, Connon CBV has expanded its production of pot-in-pot container grown trees.
Share
Tweet
Mail