Harry Worsley greeted the tour at one of the six farms owned by Uxbridge Nurseries.

Approximately 80 people took part in this year’s tour, boarding two buses on Sept. 15 at the LO home office in Milton, and later at Dutchmaster.

The photographs on this page reflect some of the impressive nurseries visited by the growers this year. 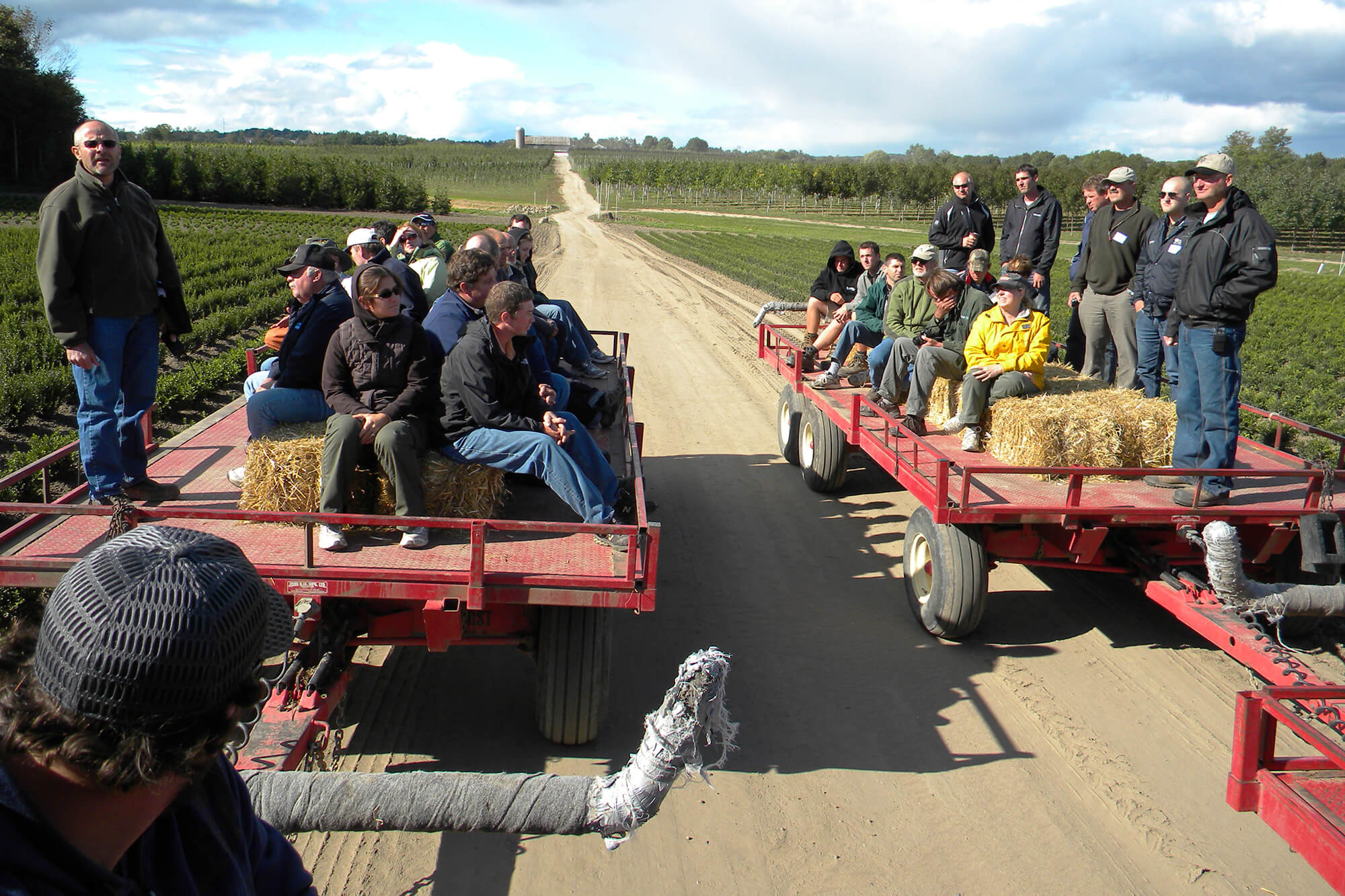 The tour took to the hay wagons at Kobes, where Ben Kobes discussed new additions, techniques and issues facing the industry. 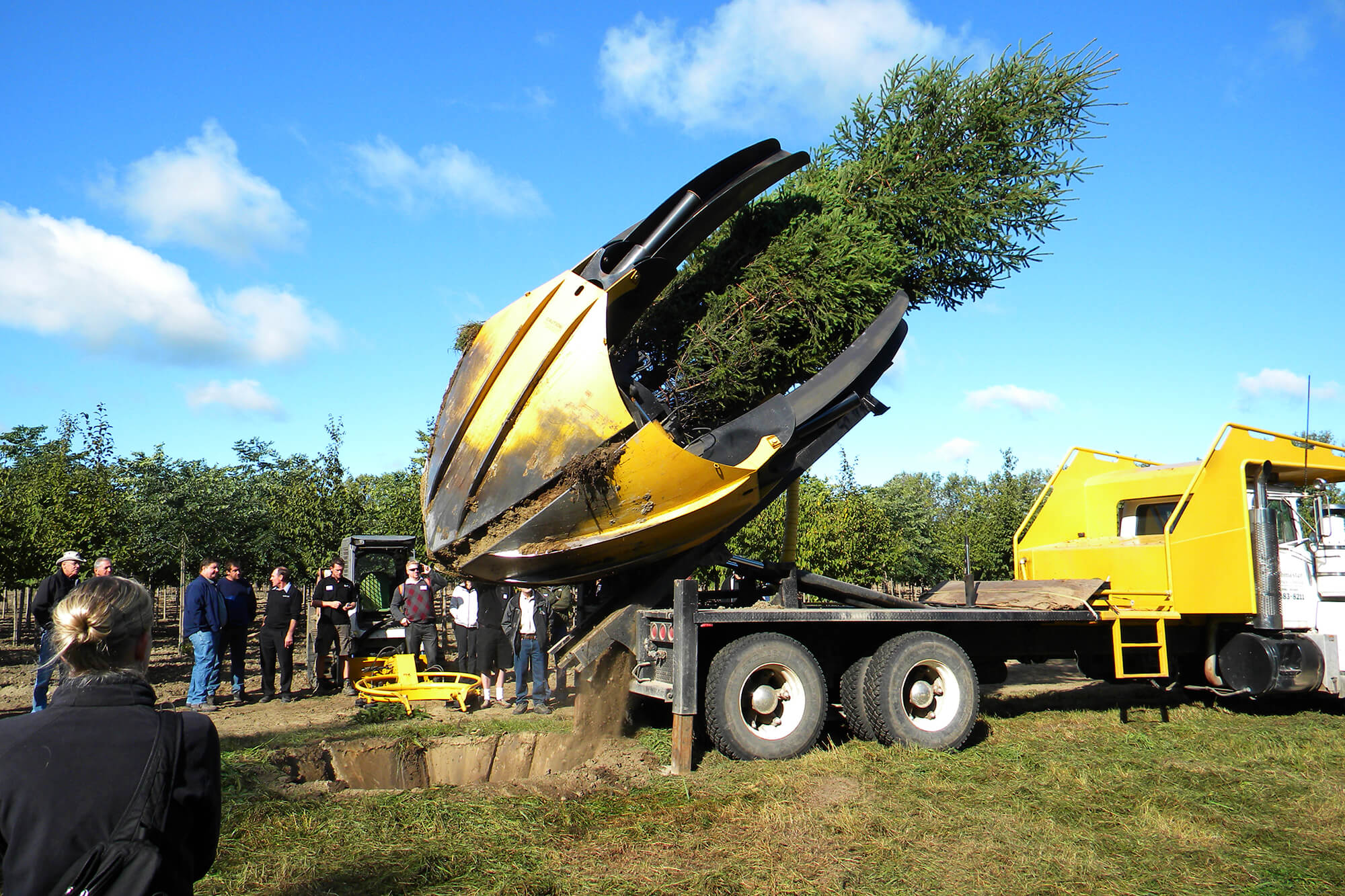 Dutchmaster demonstrated the ease of handling a 40-ft. tree with equipment designed, developed and manufactured by the family-owned company. 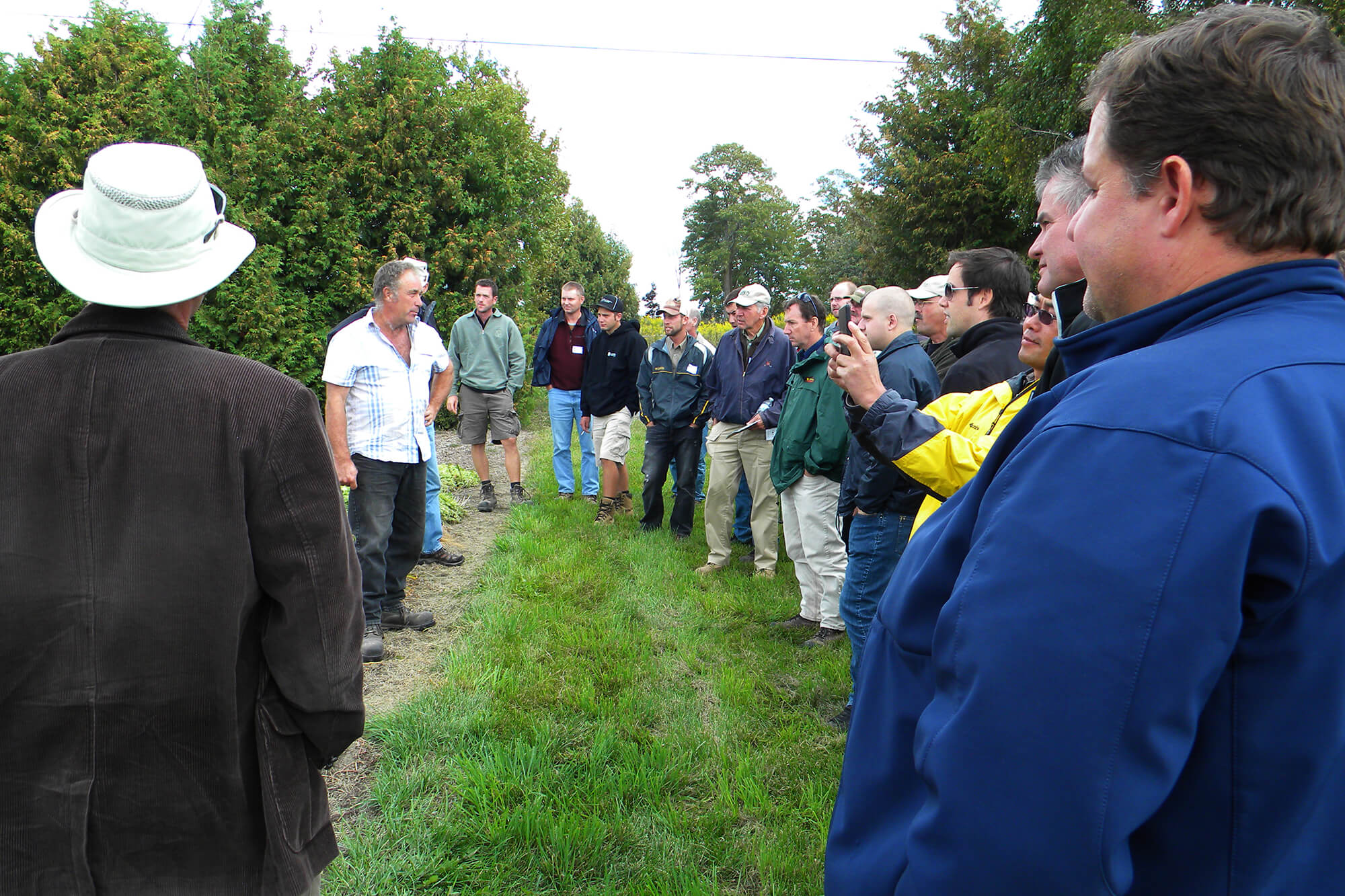