Canada's trades need to attract over 167,000 new apprentices over the next five years just to keep pace with current demand.
Share
Tweet
Mail

How other trades recruit:
New ideas on new talent

Labour shortage. It’s the chronic illness across the landscaping industry that just won’t go away. In August, the Canadian Agricultural Human Resources Council released a forecast which showed that if nothing changes, 40 per cent of landscape and grounds maintenance labourer positions will go unfilled over the next 10 years. For landscape and horticulture supervisors, that number could hit 35 per cent.

Of course, this isn’t the only trade experiencing recruitment troubles. According to a recent report from Statistics Canada and the Canadian Apprenticeship Forum, Canada needs to attract over 167,000 new apprentices over the next five years just to keep pace with current demand. Signs aren’t looking good that will happen. In the first quarter of 2019 alone, there were over 60,000 job vacancies in Red Seal trades, an increase of 14 percent from a year earlier.

So that’s the bad news. The good news is, there are a lot of smart people, in different trades, trying to solve this problem, or at least put a dent in it. And as more than a few of them have suggested, one good way to go about it could be to try to learn from each other. Sure, there are different reasons for labour shortages across different industries, but there are commonalities as well. And one thing most trades agree on; domestic recruitment efforts have to be focused on two groups in particular: young people and the underrepresented, including women and minorities. What follows are a few ideas from a variety of trades on how to do that.

Gen Z grows up
No matter the trade, one of the easiest ways to attract new blood, say some, is to target those who are just starting to think about a career path. And that’s no longer millennials, but Generation Z, i.e. those born between 1997 and 2012. According to research from Bloomberg, Gen Z will make up 32 per cent of the global population by the end of 2019. That’s more than any other generation, including millennials.

Not every member of Gen Z is of working age yet, but thousands of them are graduating from Canadian high schools every year, and that means thousands are trying to figure out what they want to do with their lives. One enticing option could be the trades, say people like David Stillman, the co-founder of management consulting firm Gen Z Guru. He says the big thing to remember about this generation is that they came of age during the recession. “That means they’re a bit more realistic, a bit more cautious of the traditional path of going to college and going into massive debt. We know that 75 per cent of them feel that there is still a good way of getting an education other than going to college.” 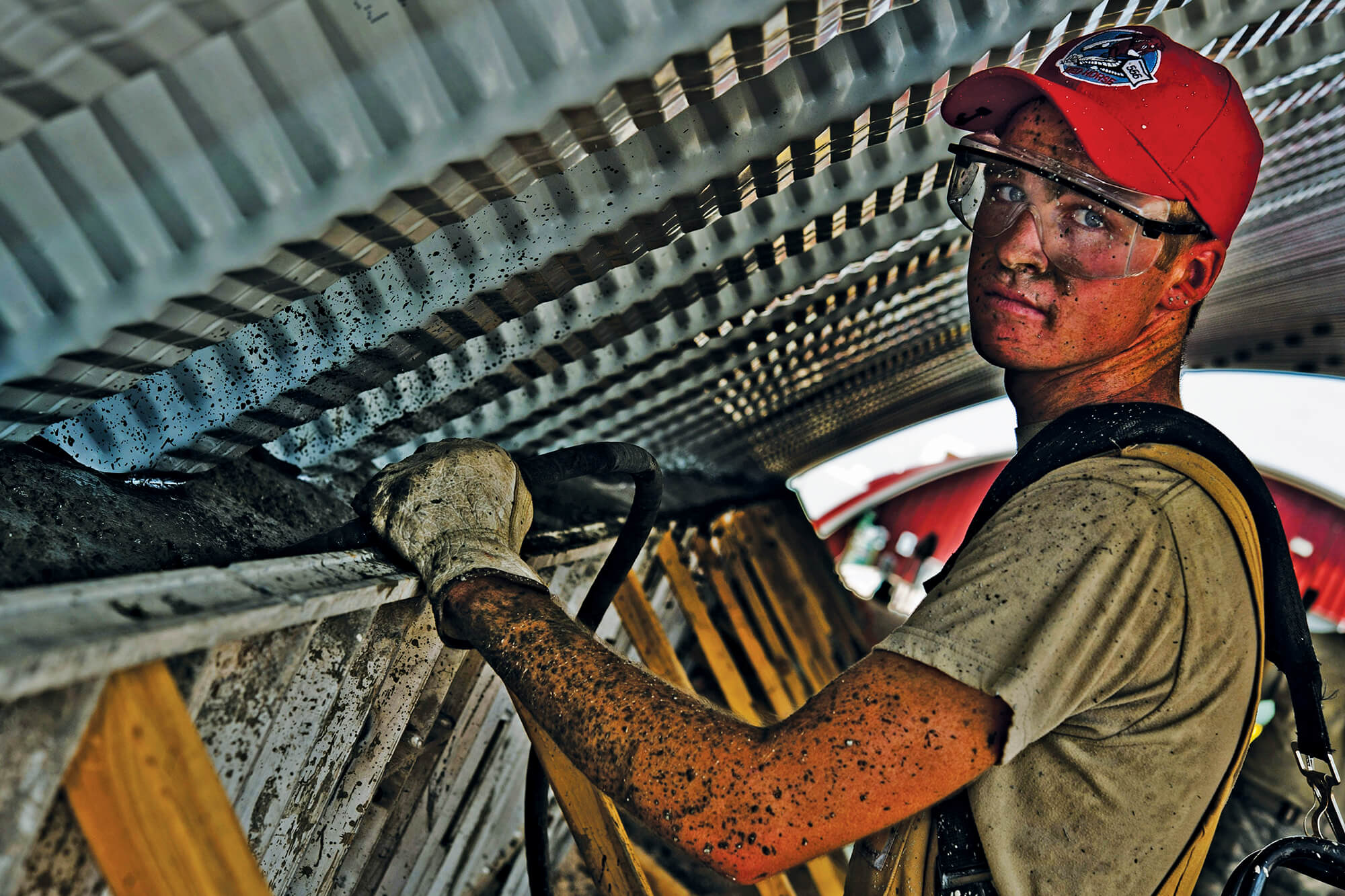 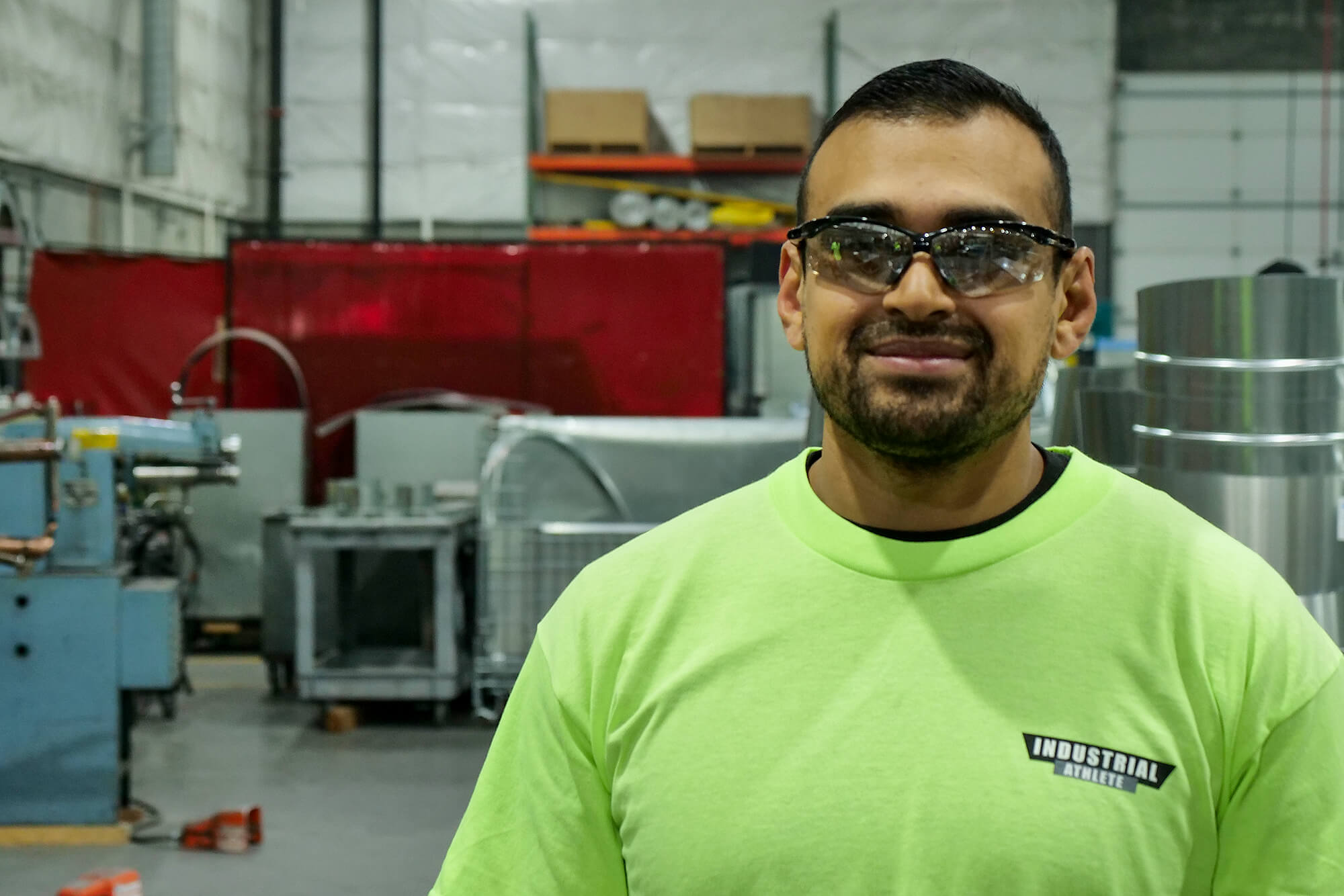 One key for recruitment to Gen Z is to communicate the wide variety of career options and duties in the trades. It can’t be recruitment as usual with Gen Z, however, says Stillman and others. This is a generation that grew up in a hyper-personalized world, where customized playlists and even customized university degrees are the norm. One key for recruitment, then, is to communicate the wide variety of career options in a particular trade and the wide variety of duties within a particular job. “My message is that every single company, right on their homepage, should have a big button on careers and what it’s like to work for us,” says Stillman. And there, he adds, they should specifically communicate all of the career options and job duties at that company.

Kael Campbell’s biggest message to employers is to consider an employee referral program that rewards employees for bringing in new blood. He is the president of Red Seal Recruiting Solutions, a firm that specializes in hiring for a variety of trades in Canada.

“So instead of going to a third-party recruiter like me and having me learn your business and understand the culture, you already have people in the company who know what that culture is like and know what the advantages of working there are,” Campbell says. In the trucking industry, he adds, studies have shown that referred employees are safer drivers, more productive, and more likely to stick around.

You also have to understand that Gen Z communicates differently, says Campbell. Take Instagram, for instance: “Facebook was huge over the last 10 years, but this generation may be spending more time on Instagram, and you may find your next employee or candidate there. So share your projects on Instagram, and tell potential employees that they can message you there. That could be a good entry point.” Bottom line: make it easy for new potential candidates to communicate with you, he says. Don’t make them fill out a form or fax you their resume.

You might even consider using text message to communicate with potential new employees from this generation, adds Campbell. Dajen Bohacek agrees. She is the associate director of Sheet Metal and Air Conditioning Contractors’ Association of Milwaukee. In 2017, she helped set up a youth apprenticeship program, and part of the job was communicating with would-be high school apprentices. She found out quickly that leaving voice messages about jobs wouldn’t be an option. “They often don’t even set up their voicemails, and they look at you like you’re crazy if you ask them to,” she says with a laugh. She started using text message with them a lot more often, and it worked. Of the 30 high school students who have enrolled in this apprenticeship program, 75 per cent of them have gone on to apply for a trade.

And this gets at another way some trades are going after Gen Z: targeting them when they’re still in high school or even middle school. A national recruitment strategy developed by the Canadian Manufacturers and Exporters, for instance, cites this as a key for their trade. They already have a number of initiatives in place on this front that they intend to build upon, including a program called “Open Doors” that takes youth as early as Grades Nine and 10 to tour manufacturing plants to see first-hand the opportunities on offer.

A somewhat similar recruitment strategy worked on Julia Zahreddine, a site supervisor at Toronto’s Bridgecon Construction. She appeared at an event in Toronto in the spring hosted by a couple of Ontario construction industry associations. She was drawn to the industry, she said, because the Heavy Construction Association of Toronto took the time to visit her class in high school and offer scholarships. 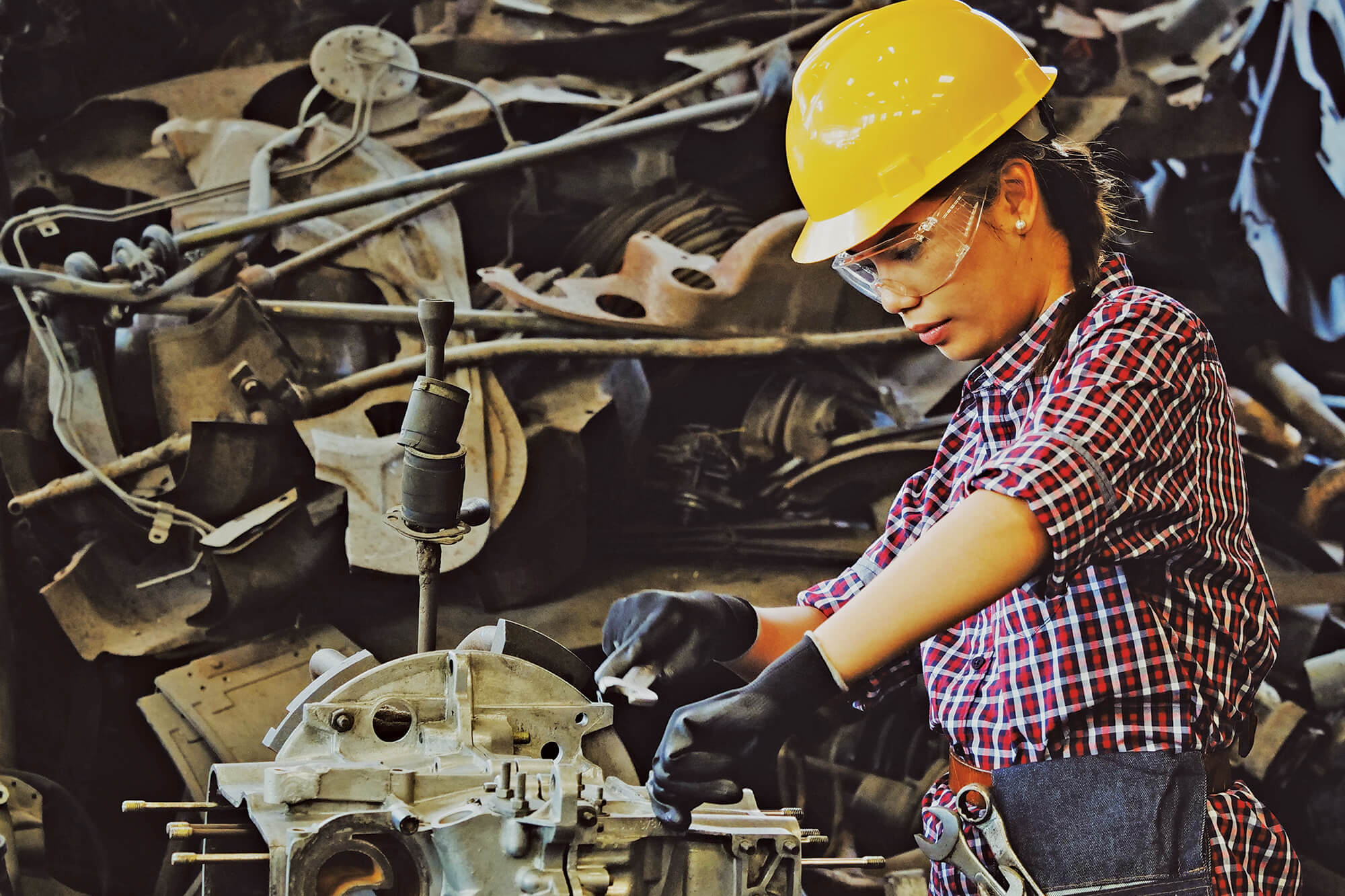 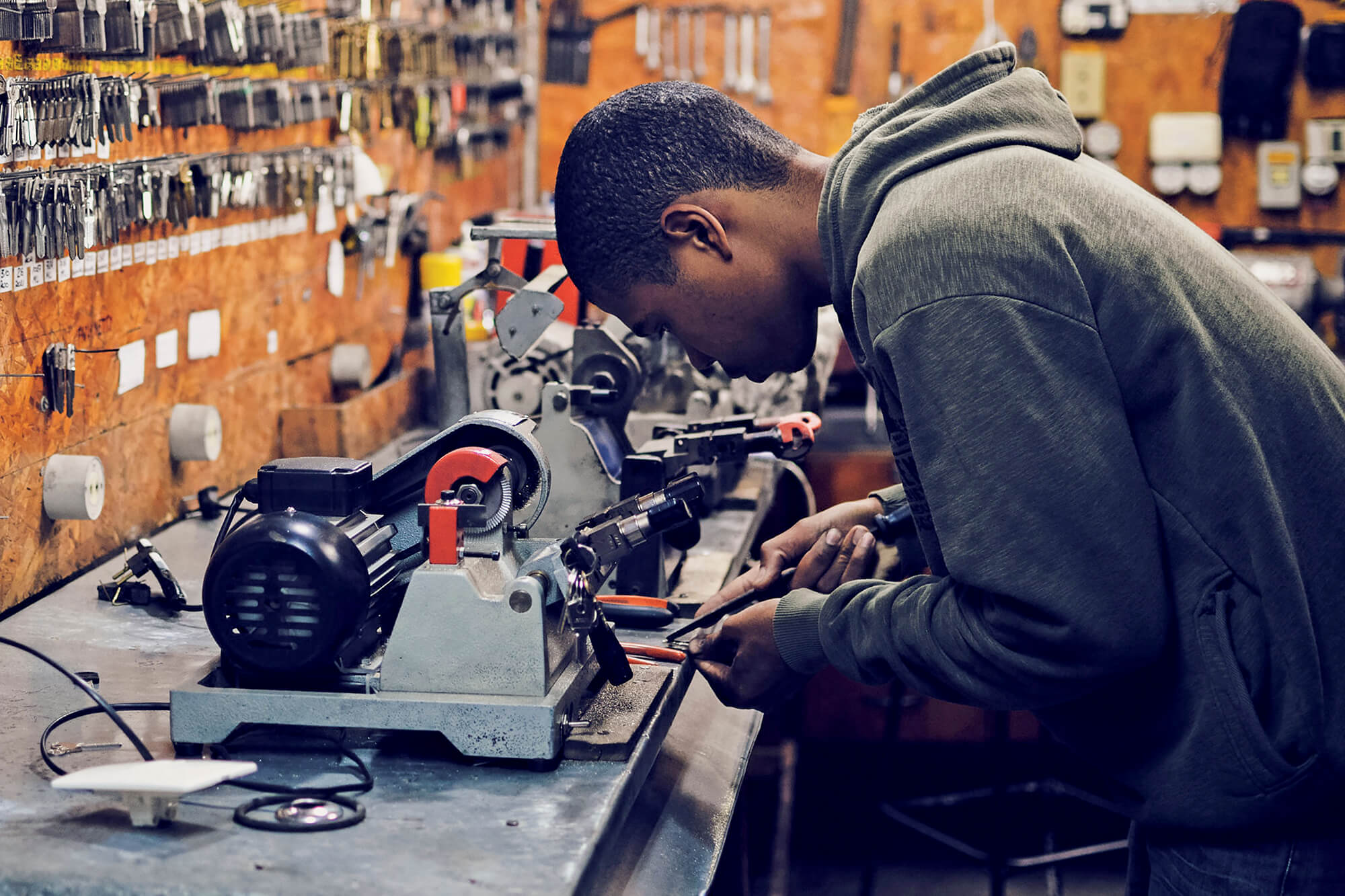 Tapping into minority groups for recruitment would increase the labour pool for the trades. Minority matters
Zahreddine is an anomaly, however. According to Statistics Canada’s most recent Labour Force Survey, women made up less than four per cent of people in the trades, yet they make up over 50 per cent of the total workforce. That can’t continue to happen if the recruitment problem is going to be solved, say experts.

Fortunately, some trades are making inroads in attracting women. Alberta’s construction sector is one of them, and the Construction Owners Association of Alberta (COAA) released a report a few years ago with a number of recommendations that have worked for a variety of companies. They include making the recruitment and retention of tradeswomen a company-wide priority; establishing a company-wide team focused on recruiting women and helping them fit in to the organization; and participating in and championing awareness training for employees.

More specifically, the COAA found that the companies most successful with recruiting women clearly indicated in their recruitment materials that they were serious about recruiting women. They also used photos of real tradeswomen in their promotional materials and placed those materials where women would see them, such as women’s trades training organizations, women’s community organizations, and fitness and recreation centres.

The COAA and other trade organizations also cite the importance of establishing female mentoring programs to attract women. Lisa Bordeaux agrees. She is a management and educational consultant with 20 years of experience in the trades, and says it’s important to remember that whether it’s Gen Z or women, they don’t all see apprenticeships as falling into the mentorship category. “Historically, apprentices kind of get treated like underlings. But if you tell someone that their job is to mentor people and it becomes a mentor-mentee relationship, that can be a lot more attractive.” 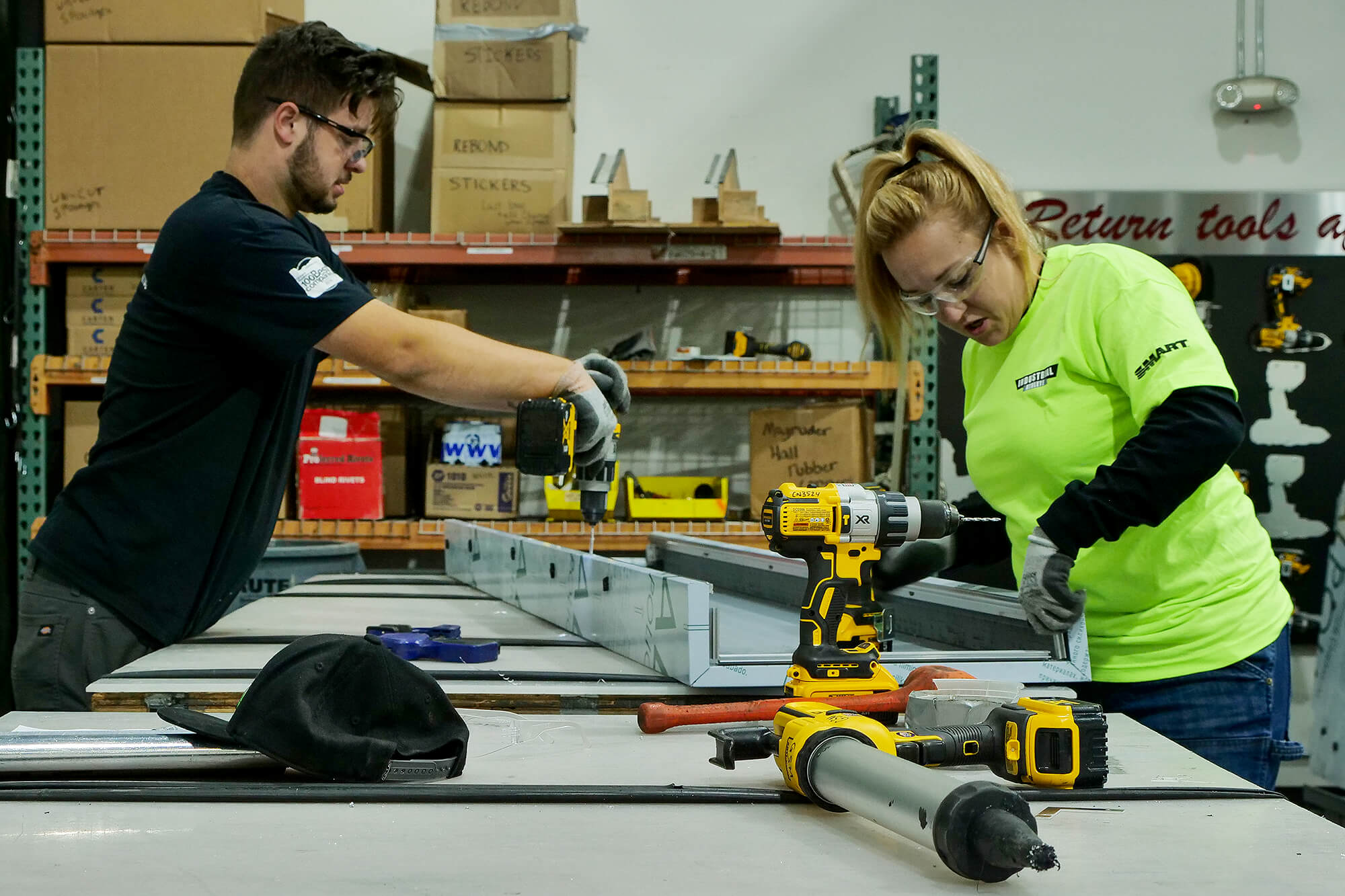 Recruitment initiatives include text messages to communicate job opportunities, apprenticeship programs, manufacturing plant tours for high school students and scholarships to draw Gen Z to the trades. One reason mentorships can be more attractive is they help foster a more positive work environment, says Bordeaux, and that’s key to attracting people who don’t typically see themselves in the trades, including minority groups — another huge untapped labour pool in the trades.

Indigenous groups, in particular, have been a big focus for recruiters across the trades in recent years. In the construction sector, many efforts have been all about creating a welcoming workplace that increases employer and employee awareness of the unique contribution Indigenous people make to the workplace. That means everything from introducing cultural awareness workshops, to hiring outreach coordinators, to providing more opportunities for mentoring and job shadowing.

And similar to the successful recruitment efforts already outlined for Gen Z and women, that also means going where minority groups are. Take another initiative from the Sheet Metal and Air Conditioning Contractors’ Association of Milwaukee (SMACCA) as an example. A couple of years ago, the association learned about an unused HVAC lab in a largely African-American populated high school in Milwaukee. Together with the school, it had the lab cleaned up and put back in use. Now about 10 high-school students are taking sheet metal classes there every year.

That kind of creative recruitment is paying off, says SMACCA’s Dajen Bohacek, as more African-American kids and women are seeing sheet metal as a viable career option.

It’s the kind of creativity that’s needed across the trades, including landscaping, if the chronic illness of labour shortages is going to be cured, or at least mitigated, say expert after expert and report after report.

“There are people in a wide variety of communities that can do this work and would benefit from the opportunity,” says Bohacek. “And so if we can circle the wagons and say okay let’s pull the best out of every community and every population, we’ll all be better for it.”  Jordan Whitehouse is a Kingston, Ont.-based freelance writer.
Share
Tweet
Mail