Share
Tweet
Mail
Eva Kraus (nee Viravska) passed away peacefully in her 87th year in the comfort of her home on Feb. 26.

Beloved wife of the late Vratislav (Victor), much loved mother of Eva (George) Joao of Carlisle, Irene (John) Kraus-Picado of Mountsberg, Linda Kraus of Carlisle, Sylvia Kraus of Toronto and Olga Kraus (Romeo D’Agostini) of Carlisle. Cherished grandmother of Lisa, Robert, Trevor, Mikaela, Kieran, Milan, Allegra, and Tesiana. Special thanks to Dr. Cindy Donaldson and the entire healthcare team that made it possible for her to be cared for at home.

A visitation was held at the Kitching, Steepe & Ludwig Funeral Home in Waterdown, on Mar. 1 followed by a funeral service and reception the following day.

Born Jan. 2, 1930 in Czechoslovakia (now the Czech Republic), Kraus lived through the many atrocities of the Second World War, helping to hide Czech soldiers from invaders and losing her father who died in a concentration camp.

A college graduate, Kraus fled the country shortly after the Russian occupation in 1948 and in the company of a few friends ended up being sent to Canada from Germany partly due to her ability to speak English, French and German.

In 1951, Victor and Eva Kraus were married and acquired 5.5 acres of land in Carlisle, Ont. and began V. Kraus Nurseries. By 1961 the family grew to include five children (all daughters) and the nursery grew to 28 acres.

With a penchant for organizational wizardry, Eva Kraus managed the office duties until 1975 when daughter Irene became her first full-time assistant. Upon retiring from the family business, Eva continued to help out in busy times.

If desired, donations to the Hamilton S.P.C.A. would be sincerely appreciated by the family. 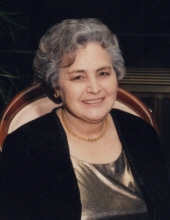