It is with great sadness that the family of Hugh McCracken announce his peaceful passing on Friday evening May 27, 2016. He was the beloved husband for 66 years of Helen Catherine McCracken (nee Golden) who died on October 18, 2015. It gives the family great peace that they are again reunited. Loving father of James (Catherine Cassidy), Elizabeth McElcheran, and Richard (Dyan). Loving Grandfather to Ian (Veronica), Clare (Grant Middleton), Andree, and Mary, and great-grandfather to Kyle, Christopher, Avery and Jonathan. Survived by his sisters-in-law, Pat McCracken (the late Wilfred) and Muriel Golden (the late Fred).

Hugh was predeceased by his parents, Joseph McCracken and Louise Stillwell, his older siblings – Frank (Helen), Joe (Marguerite), Murray (Helen), Helen (Cyril Sanders), John (Eva and Gloria), Wilfred (Pat) and by Helen’s siblings, Alice, John (Nora) and Fred.  Survived by many nieces and nephews; he will also be missed by many friends in Brantford.

Hugh was born in Brantford. After high school, he studied at the Niagara Parks School of Horticulture and was a member of the first graduating class of 1939. He joined Royal Canadian Air Force in 1942 and in England was attached to the RAF with whom he flew in 36 missions over France and Germany as a wireless air gunner. After the war, he worked with Plant Products across the province.

In 1947, he returned to Brantford to start his own landscaping business. It was then that Hugh met Helen and they were soon married. Hugh and Helen were both active in the running of their business, McCracken’s Landscaping and Garden Centre. Hugh was also involved in the landscape trade association serving as president of the Ontario Nursery Trades Association in 1966 as well as participating in the Alumni Association of the School of Horticulture in Niagara. He was a founding member of the Men’s Probus Club of Brantford and a member of Kiwanis Club of Grand River. Hugh’s real legacy is the wide variety of trees and other plants that he helped establish throughout Brant County — providing a lasting memory of trees and flowers. Hugh was always being asked about what plant to use or how to care for a specific plant; he enjoyed giving advice as freely as it was asked. And for many years, Hugh gave gardening tips to his listeners on CKPC’s “Talking Horticulture.”

The family express their appreciation to the staff of the John Noble Home, especially those of Costain Court who provided excellent care for both Hugh and Helen over the last years.

Friends will be received at the Dennis Toll Funeral Home on Thursday June 2, from 6 to 9 p.m.

Donations to the Brant Waterways Foundation would be appreciated. 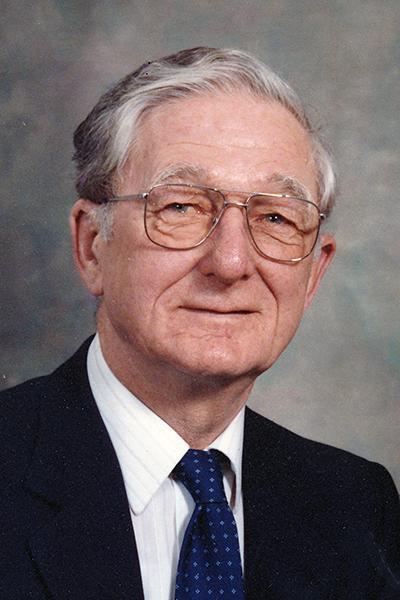