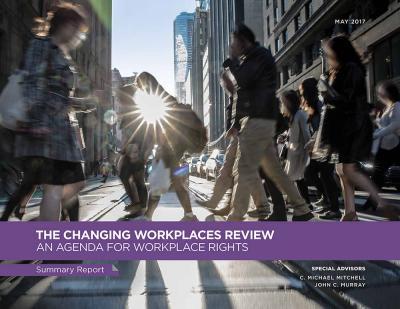 An interim report proposes 173 recommendations to Ontario’s Employment Standards Act, 2000 (ESA) and Labour Relations Act, 1995, some of which may have a significant impact on green professionals in Ontario if passed in the provincial legislature.

In February 2015, the Ministry of Labour (MOL) initiated the Changing Workplaces Review, building on the government commitments in the 2014 Throne Speech. The review aims to update employment law in light of the changing nature of the workforce, the economy and in response to global and technological changes, among other factors.

Released in May, The Changing Workplaces Review made specific recommendations on scheduling, foreign workers, seasonal and part-time employees, vacation pay and holidays.

If the proposed legislation passes, scheduling changes would come into force Jan. 1, 2019.

The review recommends the MOL work to develop a procedure to address alleged reprisals that result in termination or unjust dismissal for temporary foreign workers prior to repatriation under the terms of their work permit.

Ontario’s minimum wage is currently $11.40 per hour and is scheduled increase to $11.60 on Oct. 1. The review proposed the elimination of minimum wage for students under 18 over a three-year time frame. The review also recommends no employee shall be paid a lower rate than a comparable full-time employee unless there is a difference in seniority, merit or production-based system.

The interim report proposed legislation that would prohibit employers from misclassifying employees as “independent contractors.” This is intended to address cases where employers improperly treat their employees as if they are self-employed and not entitled to the protections of the ESA. Employers that misclassify their employees could be subject to penalties including prosecution, public disclosure of a conviction and monetary penalties.

If the proposed legislation passes, this proposal would come into force immediately.

Employees would be entitled to three weeks of paid vacation after five years of service with the same employer. If passed, this proposal would come into force Jan. 1, 2018.

The formula for calculating public holiday pay would be simplified so that employees are entitled to their average regular daily wage. If passed, this proposal would come into force on Jan. 1, 2018.

The review also recommended certain restrictions on strikes and lock-outs involving agricultural and horticultural employees, or any persons employed on a “family farm” where a collective bargaining agreement may be in place.