Honorary lifetime member of Landscape Ontario Karl Stensson has been named a winner of The University of Guelph Alumni Association (UGAA) Alumni Awards of Excellence. 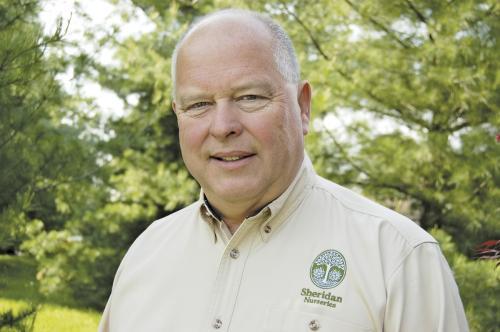 A statement by the UGAA read, “As the president of an award-winning, century-old nursery and garden centre business, Karl Stensson is an innovative industry leader with more than 40 years of service to the horticultural sector. He is recognized as a committed volunteer, community supporter and a mentor.”

The Alumni Awards of Excellence winner has received numerous awards recognizing his important contributions to the horticulture industry. These include the Frank Ewald Jr. Award (for outstanding industry contributions from someone under 30 years of age), the Trillium Award (for outstanding support of the horticultural industry and Landscape Ontario), and the President’s Award from the Canadian Nursery Landscape Association. He holds the distinction of being the only person to receive every major award bestowed by the Canadian horticulture industry.

Stensson graduated with his Bachelor of Landscape Architecture degree in 1973, and went to work for the City of Toronto as a parks planner. He followed this, serving two years as the Coordinator of Planning and Design for the City of North York. In 1976 he began working for the family business, Sheridan Nurseries, managing the wholesale sales division. In 1984, he took over management of all Sheridan Garden Centres, landscape supply yards, as well as the landscape design department. In 2009, Stensson was named President of Sheridan Nurseries becoming CEO and President in May 2015.

As a philanthropist, volunteer and community partner, Stensson organized the Round Up at The Cash campaign at Sheridan Nurseries, with proceeds supporting the Children’s Wish Foundation. Sheridan Nurseries also supports the Kids’ Health Links Foundation, which connects hospitalized sick children to the outside world through safe Internet technology. He has spearheaded the Michael Campbell Fund, a fundraising initiative that raised more than $140,000 to provide extensive medical care for a 14-year-old boy from Jamaica.

Stensson is described by his peers as a passionate, dedicated and approachable industry leader, who is also an exceptional communicator and gifted speaker. Stensson’s professional achievements have influenced the prosperity of an entire industry and his influence will carry on for generations.

The award recognizes alumni whose contributions to the community, science, education, business, industry, and the arts are so significant that they bring honour to their alma mater and fellow alumni. This award is generally given for lifetime achievement or sustained commitment to excellence.

The presentation will take place at a gala this June in Guelph.