Homeowners of this property wanted a unique artistic element that could also be enjoyed from inside the house (below).
Share
Tweet
Mail

Kim Price has advice for anyone starting a career in the green profession: when the opportunity to kickstart your career arises, think big, be professional and just go for it.

Now in her twentieth year as principal of Kim Price Landscape Design, Price has never taken a formal landscape design course — something she admits, may certainly have helped, because landscape design was not her first career choice. 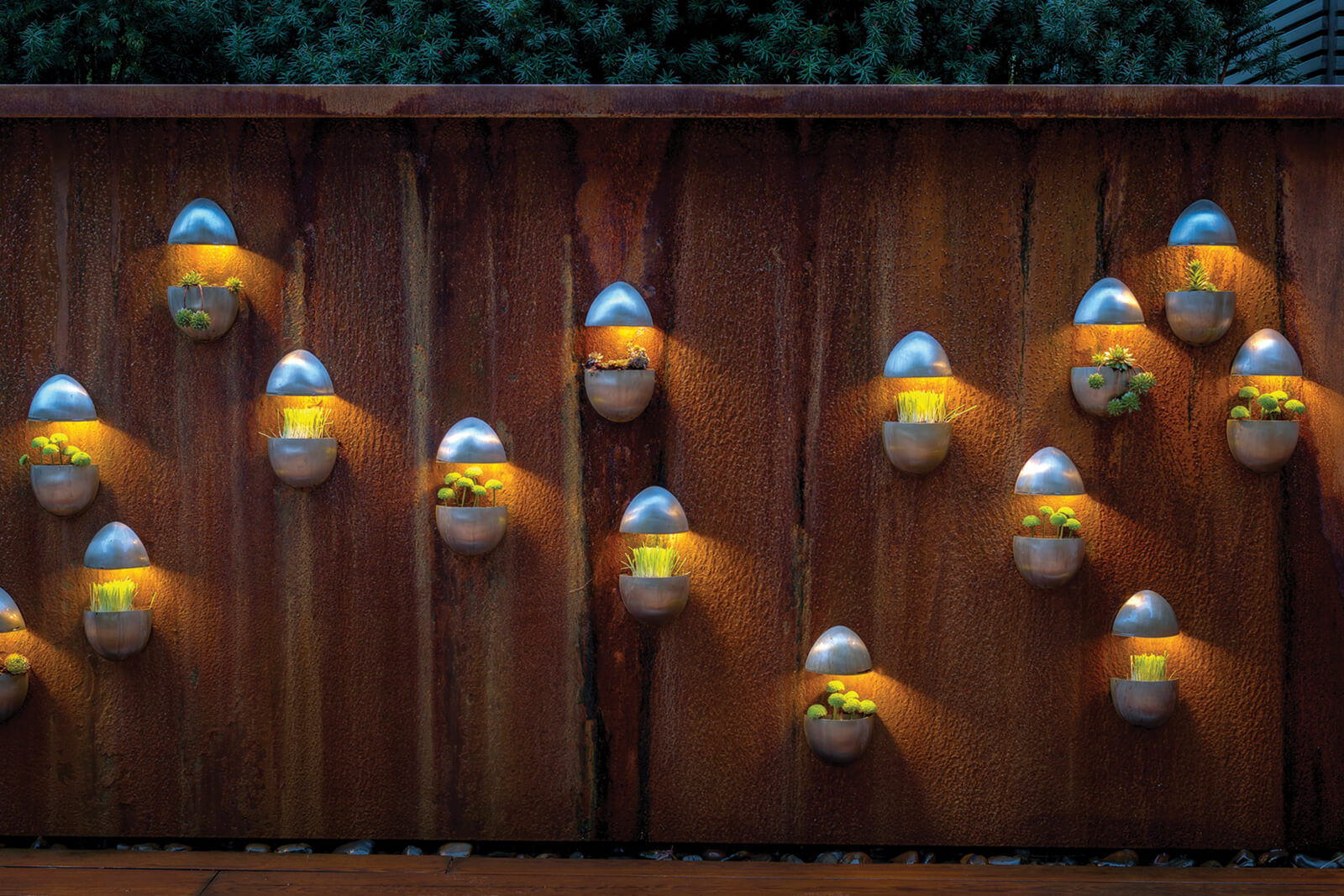 Price began her career as a freelance illustrator after earning a fine arts degree at the University of Guelph. She also worked for a number of years as a graphic designer for various publications and media. At that time, the industry was becoming computerized and Price decided to combine her love for the outdoors with her passion for design. She decided to be a landscape designer.


Do what you love and learn from the best

“I looked up the top landscape architects in the city; Mark Hartley, Janet Rosenberg, Haig Seferian and talked to them about what it was like to be in the profession,” Price explains. In addition, she “looked everywhere” at magazines, on the internet, and at work done by landscape contractors, to get a feel for what worked well and what she really liked.

“I’ve always had a good feel for visual and spatial design,” says Price, who relies on her natural feel for shapes, form, proportions and her gut feeling when creating designs. Early on, she says she did have to learn more about how people actually move through a space.

Price became a Master Gardener, solidifying her knowledge of plant material and also looked up Landscape Ontario. She took courses offered by the association on topics like grading and drainage, and Horst Dickert’s famous, Tree Below the Ground seminar, in order to fully understand the construction process for building quality landscapes.

Price says attending those LO seminars also gave her access to industry experts who welcomed her with open arms and were always willing to share their knowledge and insight.


The start of a career

Price started her business doing small plantings for people. While working in various neighbourhoods, she continually looked at work done by others and noted which contractors she particularly liked.

Around 1998, Price was living in the beaches area in Toronto when a lawn sign advertising work done by Natural Effects - design/build landscapes, caught her eye.

“I liked the look of the sign because that is the first impression you get of a company working on a property,” says Price. She then approached Natural Effects owner, Vince MacDonald and asked to look over his portfolio. Price liked the attention to detail and quality of work she saw and the two began working together — they have worked together ever since.

Price feels she “lucked out on someone like Vince” and the other contractors she began working with, because she learned so much from their expertise. “I learnt a lot from working with contractors who are well seasoned,” she explains. 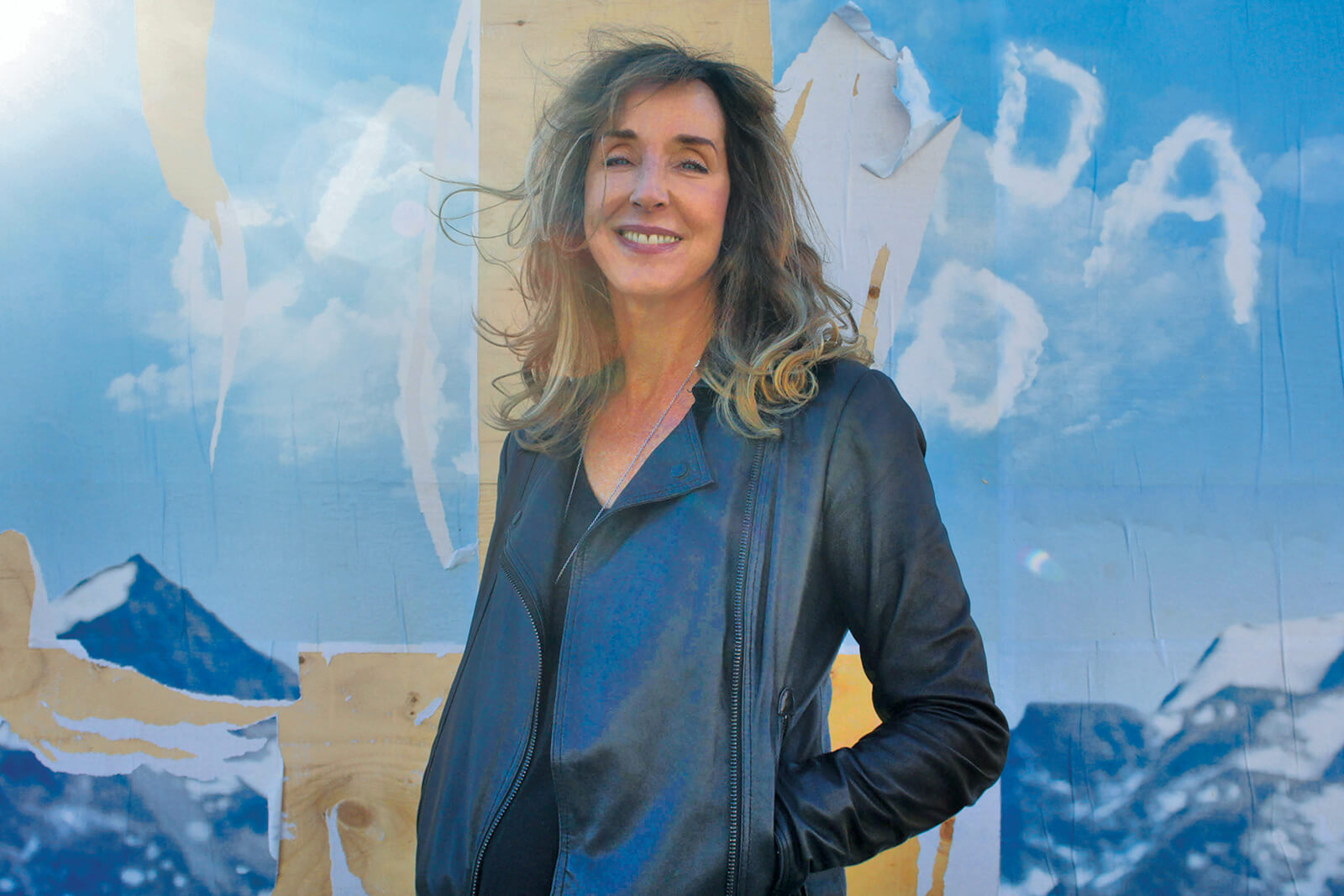 Price credits Tribute Homes for kickstarting her business when she was still “extremely green.” Tribute had a new development at Woodbine Ave. and Queen St. in the east end of Toronto. Price “knew it was going to be an important development because it was one of the last large areas of land close to downtown to be developed.”

Despite being new to the profession and nervous, Price approached the Tribute sales office to offer their buyers a lecture series on how to make the most of their small backyards. Sales staff for the homes confirmed some of their buyers had concerns with the 500-750 sq. ft. backyards for which they could not envision anything exciting.

Price says the lecture series went very well and her creative ideas and design input in the lecture got noticed by Tribute’s architect. The architect suggested she meet with the company president who was looking for someone to landscape three model homes.

Tribute’s president asked Price to simply send her some numbers, but recognizing the unique opportunity at hand, Price decided to go above and beyond to win the job.

“I looked up the best restaurant I could find in Pickering and took him out for lunch,” Price explains. She also brought along her contractor, her portfolio and a sales pitch. Her approach worked, and Price was awarded the contract.

Price says to the developer, “numbers were paramount” and admits she made very little money from the job, but was in it more for the exposure it could get her. Price says she got lots of work within the new development and within two years, won the very first Casey van Maris Award from Landscape Ontario in 2001 for one of those properties.

From there, Price continued to win awards for her work, and was featured in many home and garden magazines and on HGTV programming.


Adding art to the garden

Price describes her work as “strong structural design, strong structural planting” with a strong influence of art and architecture. She won’t shy away from putting a strong or large element in a smaller space and is very careful about using only a certain amount of materials to ensure continuity and flow in a space.

In 2017, Price won three awards for her work on the Henderson residence. Her clients were avid art collectors who wanted a contemporary look for the back of their property and a unique art piece they could enjoy from within the house.

Price designed and created a unique water feature that also acted as a strong artistic element within the space. The feature contained a wall of 15 specifically-placed silver egg-shaped domes that contained plant material with built-in irrigation and lighting.

“It looks very simple” says Price, but explains there was “a huge amount of thought” that went into designing and creating the unique feature. She had to not only figure out how to build and install the feature, but also consider things like easy access for maintenance or repairs. Price first created a full-sized prototype out of styrofoam just to first make sure the design would work visually. Price had a lot of fun working on the project and notes it was not the norm for her. Although her clients are more upscale and have large budgets, not everyone can afford something as elaborate in their garden.

Price credits contractor Robin Thornrose of Tintagel Masonry with making her vision for the water feature into reality and is looking to work on similar projects in the future that will allow her to incorporate more art into her spaces. 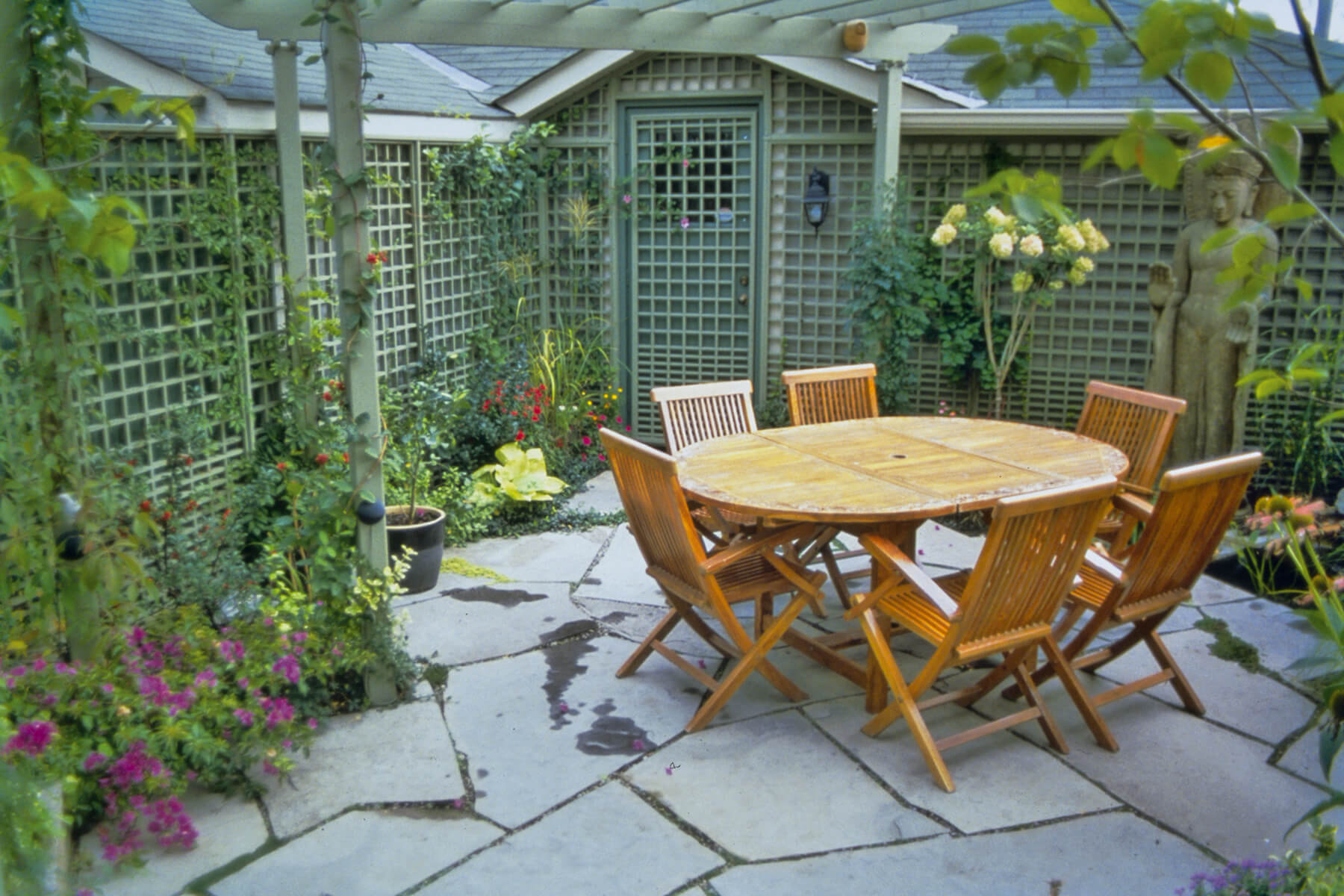 Price won the inaugural Casey van Maris Award in 2001 for this small space — transforming an uninspiring view of the side of the garage into an inviting, tranquil space.

Price says the biggest thing when working with a client is recognizing that people need to feel they are being understood. Clients need to know “you are listening to them and their needs, and their wants and that you are really interested in their project,” adding that “like any relationship, communication is key.” Having a good connection with a homeowner is important.

About five years ago, Price got several requests from clients to also maintain their properties and says it’s a “great way to keep the vision” of those projects. She maintains 10 of the properties she has built using a part-time crew of three women. “Basically my business is just me and I bring people in” she says, with regards to her contract employees, landscape contractors, and other suppliers.

Her rule is simple, “know what you are good at and focus on what you love,” allowing others to focus on the parts of a project they are good at.

Price says she has had many very busy seasons and feels it is important for the client that her focus is on their project. She is very particular about the business she does take on and will only take on one project at a time.
“I tell my clients, ‘we do not work quickly, buy we are meticulous, we do one project at a time, we concentrate on you and only you’ and clients really like that,” she explains. Price acknowledges not all business can work that way, but it works for her.


Part of a winning team

Price is quick to attribute her success to the many people she works with. Working with the same contractors for two decades, she feels they are “some of the best in the city.”

As with any good relationship, she says honesty and good communication are paramount to success, and she is always open to accepting suggestions and ideas from her contractors on how to improve a space.

Showing appreciation for those who contribute to her success is also important for Price, who will often tell contractors and employees how great their work looks.

Back when she was starting out, Price says those already established in the profession welcomed her with open arms. “Some of the big names in the business opened their arms to me and saw me on their busy day, gave me advice and were really helpful,” she says.

And now, Price has young people who reach to her for that same advice and is always willing to help — sharing lessons she has learned over the years and the values she believes have helped her to make a living doing work she thoroughly enjoys.