Monica van Maris at the 1998 Awards of Excellence ceremony. She currently serves as chair of the 40th anniversary committee.
Share
Tweet
Mail

LO’s first 25 years were documented in a special yearbook, available at www.horttrades.com/yearbook. Upcoming issues will cover 1999 to the present. 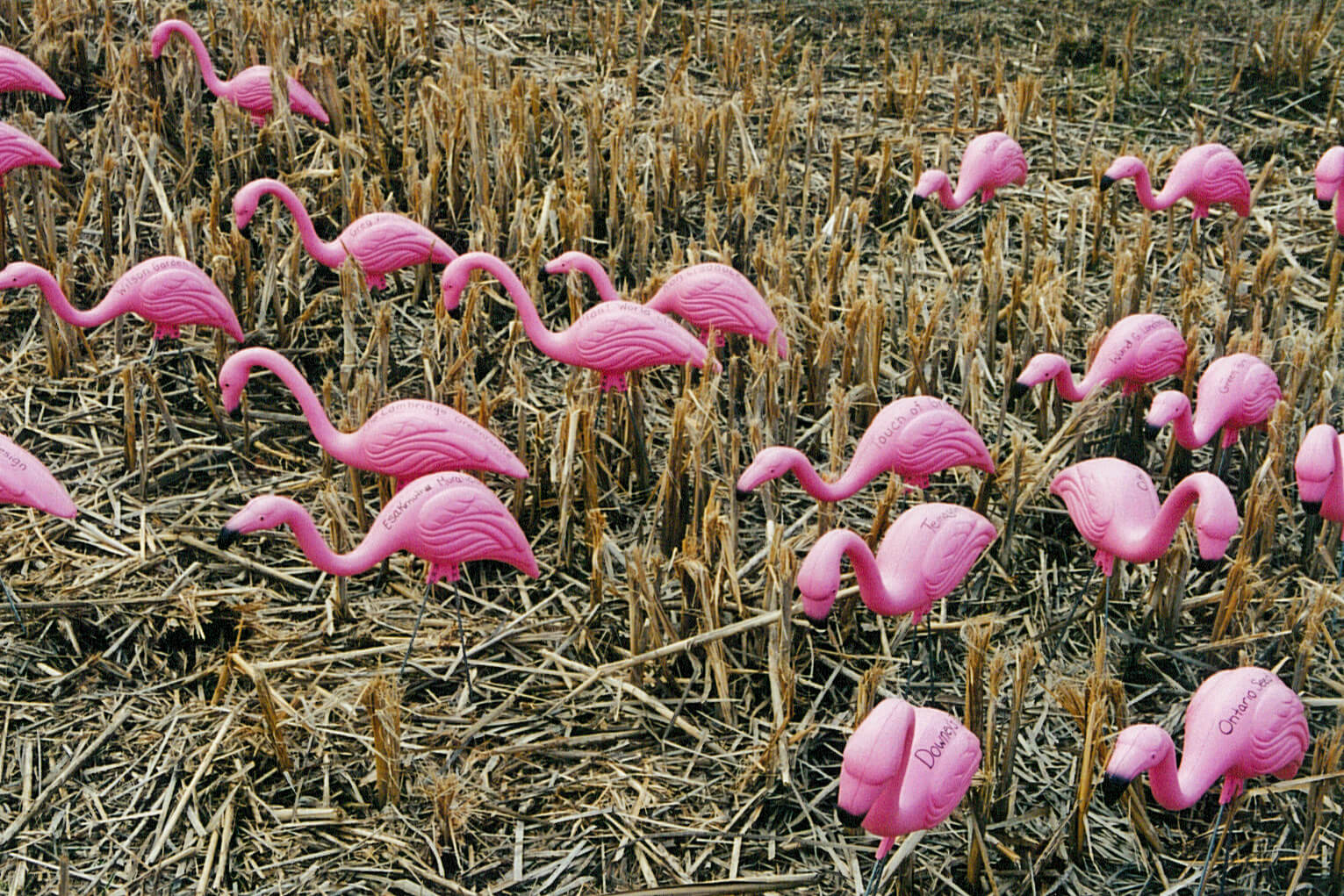 Every new member in 1998 resulted in a pink flamingo placed in the front of the LO home office.

A swarm of flamingos overtook Landscape Ontario by force throughout the association’s 25th anniversary year.

A flamingo ornament was placed outside the LO Horticultural Centre near Hwy. 401 in Milton every time a new membership was approved in ’98. By year’s end, the property was populated with 570 flamingos.

The flamingo flock was the idea of former membership services coordinator Verna Loewith, who wanted to visually represent each new application.

“Membership increases have been quite predictable over the past several years,” Loewith said. “The board of directors wanted to put a concerted effort into membership recruitment in our 25th anniversary year.” 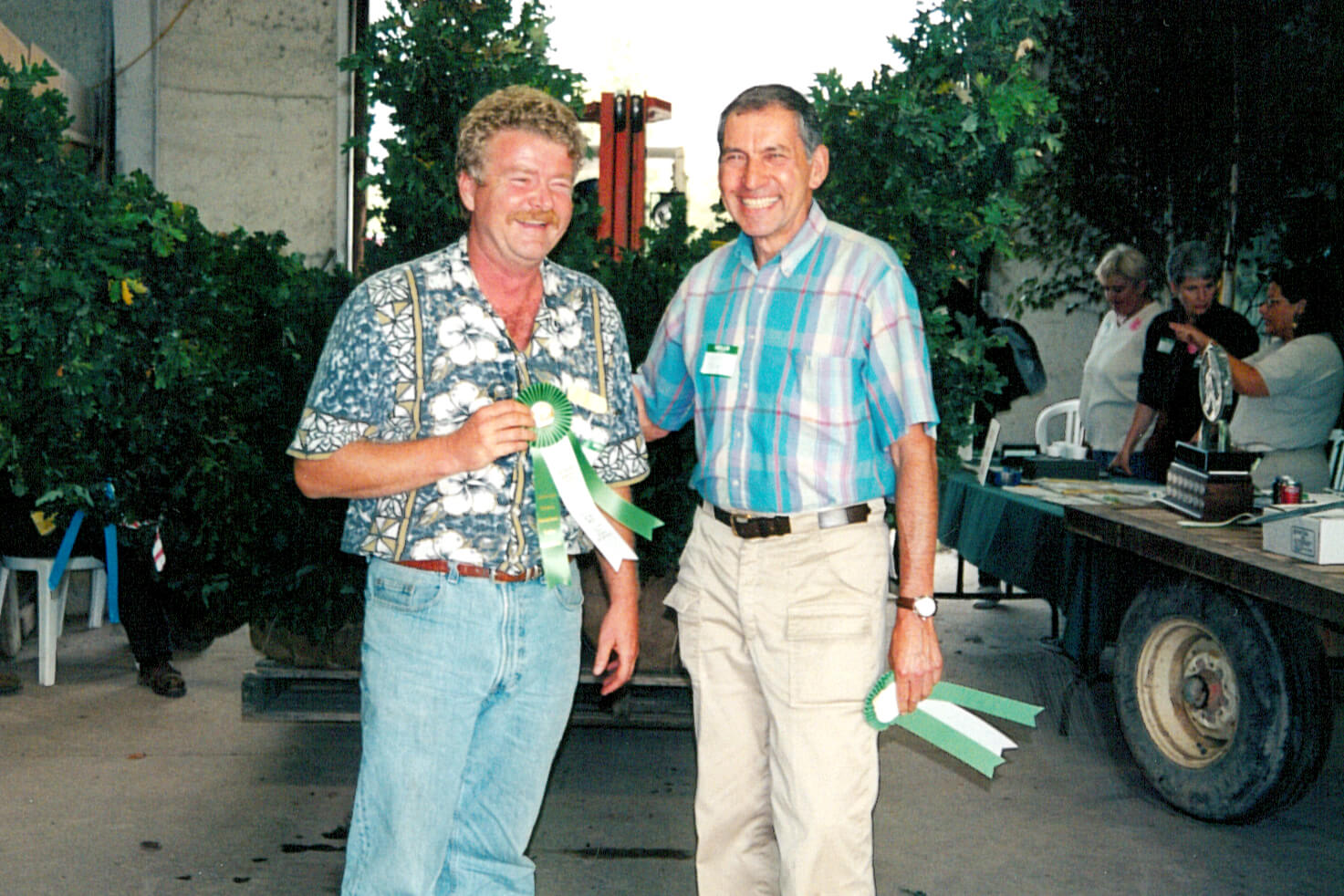 The 1998 growers’ auction attracted a good attendance. Two of the attendees were Bill Searle of Northgate Farms, left, who purchased one of the auction items donated by Peter Braun of Braun Nurseries.

Safety: An afterthought no more

The landscape industry’s track record of safety was called out in an expensive way by the Workplace Safety and Insurance Board (WSIB).

Fines for the lack of safety measures in place were levelled upon several members who received safety audits. Landscape Ontario lobbied on behalf of those audited companies, claiming the fines weren’t fair due to the industry’s low level of awareness of acceptable safety standards. WSIB agreed with LO’s argument, dropping the fines with an understanding that a safety management program must be developed.

A safety-first mantra began making its way into the consciousness of ornamental horticulture. The industry’s progress was rewarded the following year, with the WSIB premium for landscape contractors dropping to about $8.

Each 1998 and 1999 issue of Landscape Ontario magazine’s predecessor, Horticulture Review, published examples of unsafe work. Each true story ranged from being poked by a hypodermic needle to getting too close to a wood chipper, highlighting preventative steps to be taken to prevent recurrence. 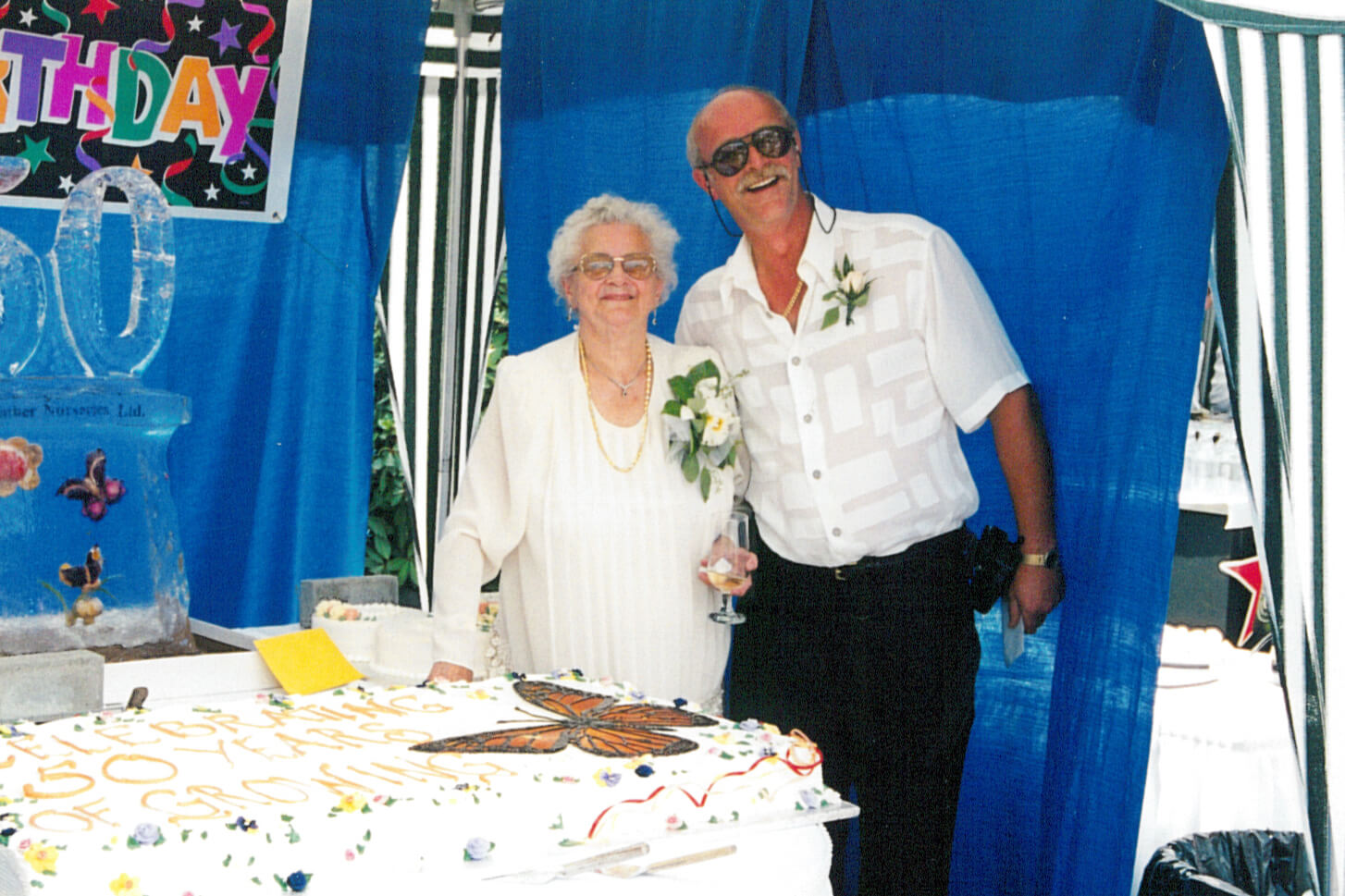 Every new member in 1998 resulted in a pink flamingo placed in the front of the LO home office.

The Toronto board of health ruled that pesticide use on city-owned property should be phased out by the summer of ‘99.

Jack Layton, then a city councillor and chair of Toronto’s Environmental Task Force, voted to form two groups to develop plans to phase out pesticide use on private and public property.

Layton told reporters that the creation of these two groups “should mean a dramatic reduction (in pesticide use) in next year’s growing season and a phase-out over the following few years.”

Despite a delegation from Landscape Ontario led by executive director Tony DiGiovanni urging a deferral of the pesticide motion, city councillors voted overwhelmingly in favour of a phase out 41-3.

The year 1998 was the first time Canada Blooms was held in the Metro Toronto Convention Centre.

Horticulture Review published a provocative article by Donald Good, a barrister and solicitor whose focus was primarily on agriculture, food and environmental law. Good wrote that all municipal by-laws banning pesticides are using emotional arguments instead of scientific data.

“The safety record over nearly 50 years of pesticide use is remarkable,” Good wrote in the November ’98 issue. “The vast amount of supporting data may prove the chemical to be safe in the judgment of regulators, however, anti-pesticide groups can twist the uncertainties to emphasize potential problems.”

“You would think that once the federal government approved a pesticide for use in Canada, that this would be sufficient to allow its sale and use throughout the country,” Good said, noting that a provincial government can still create pesticide legislation.

“I would like to see a proper case taken to the Supreme Court of Canada where science and constitutional rights would likely be seriously considered instead of emotion,” he continued. “If the case was presented properly, the chemical industry could win.”

Good’s article caused Barbara Karthein, a landscape designer from Port Perry. Karthein, to respond with a letter stating, that Good’s article “was one of the most mean-spirited, divisive pieces of writing I have seen in a long time.

“Good’s article slides around the edges of truth and takes advantage of a possible ignorance of nature,” Karthein wrote.

“We should be offering options rather than taking a ‘one-shoe-fits-all’ approach. We have been entrusted with the propagation, planting, care and maintenance of nature... let’s consider that first rather than just pursuing the easiest and, therefore, the most profitable, methodologies.”

The war of words between Good and Karthein compelled many Review readers to write. Letter taking sides in the pesticide issue appeared each month for nearly a year.