Anniversary preparations are underway, to kick off at Congress in January. Landscape Ontario magazine is searching its archives to publish nostalgic highlight spreads through the end of next year. Upcoming issues will cover years 2002 to the present.

LO’s first 25 years were documented in a special yearbook, available at www.horttrades.com/yearbook. 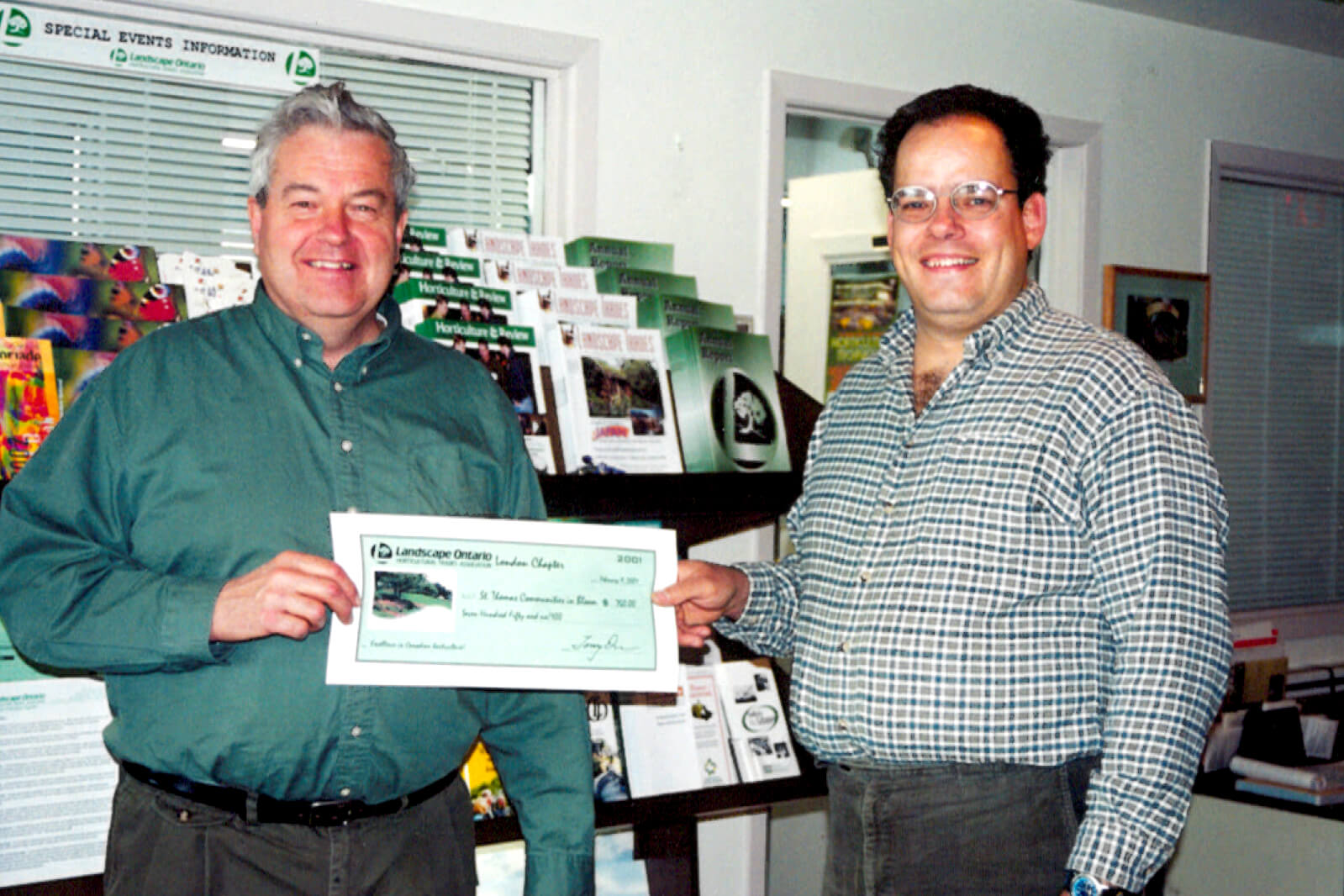 The London Chapter supported the Communities in Blooms committee in St. Thomas with a donation of $750. Chapter president Bill Beamish, right, is shown presenting committee chair Bob Allen with the donation. Allen also served as LO president in 1985.

A Supreme Court decision upheld a by-law passed by the municipality of Hudson, Quebec to ban the use of cosmetic pesticides. All the lawn care industry could do was wait for lawyers to pore through the possible implications of the July 26, 2001 ruling.

“I don’t think anyone can accurately predict how the next days and months and even years will play out,” said Mike Ufkes, chair of Landscape Ontario’s Lawn Care Commodity Group.
“We need to remember, however, that the Supreme Court ruling is just one battle in a long, drawn-out war,” he said.

There was only one thing on the agenda during Lawn Care Commodity Group meetings following the ruling: “Our survival.”

“They have won the battle, but I really believe that our side, the side of common sense and good science, will prevail,” Ufkes wrote in the group’s annual report. “It is discouraging that more than 20 municipalities are looking into the banning of pesticides. Like many of you, I am no longer a green-space worker.

“I have learned to be a tactician, a political animal, and an (gulp) activist.”

Landscape Ontario’s position is that alternatives are welcomed and encouraged, and members should use the least toxic material for the job. LO also believes that pesticide use should be regulated at the provincial level to ensure equal, Ontario-wide standards. 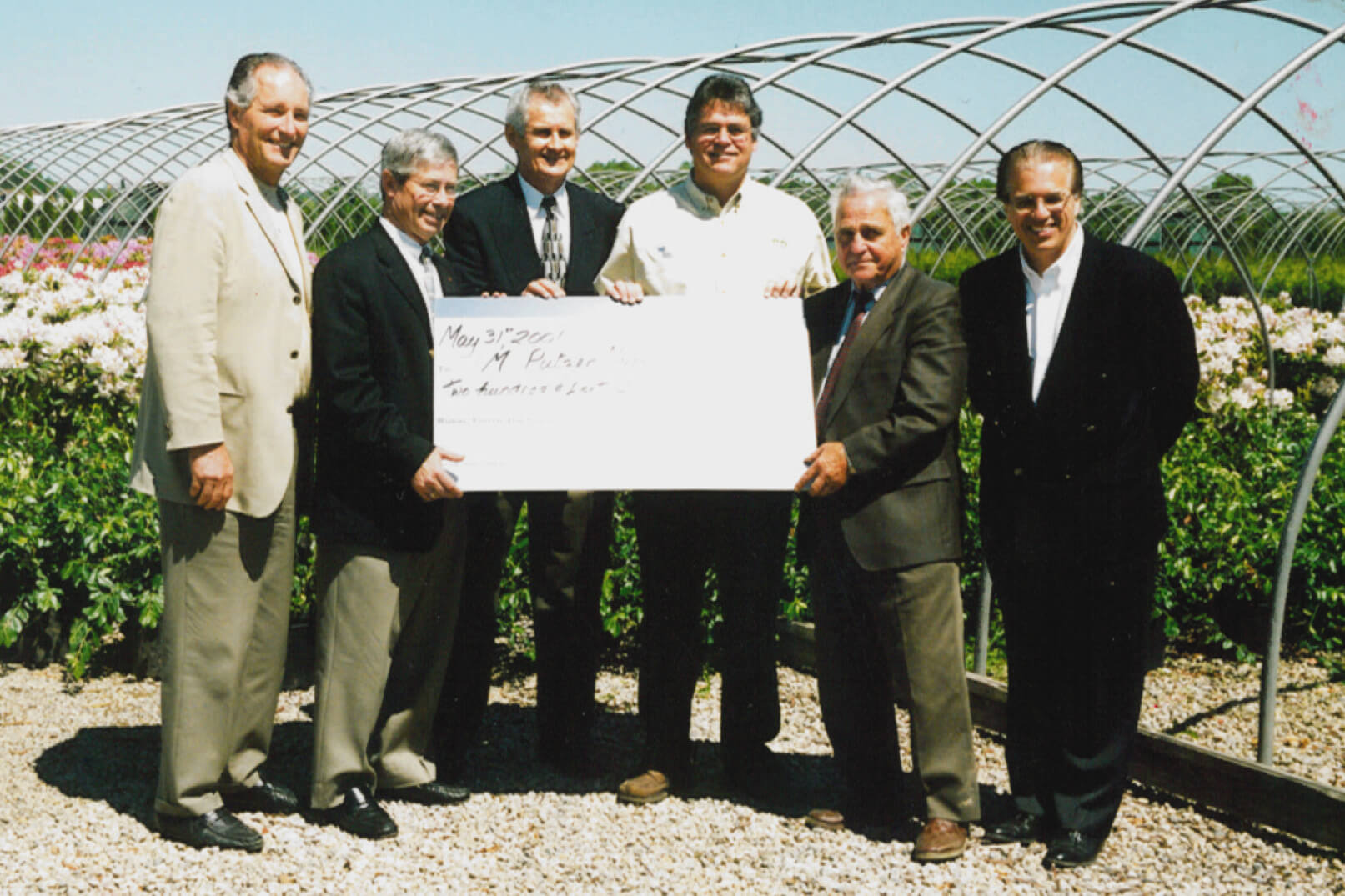 Over 60 firms that participated in the Landscape Ontario Safety Groups project received rebates on their premiums paid to the Workplace Safety and Insurance Board.
The pilot project was so successful that LO established a mini-safety group in each Chapter.

“By offering them locally to as many members as possible, we hope more companies will adopt a safety culture in their workplace,” said Terry Murphy, LO’s manager of safety, education and training. “Companies need to realize that workplace accidents are costly. WSIB now places the onus on the employer to get the injured employee back to work,” Murphy said. 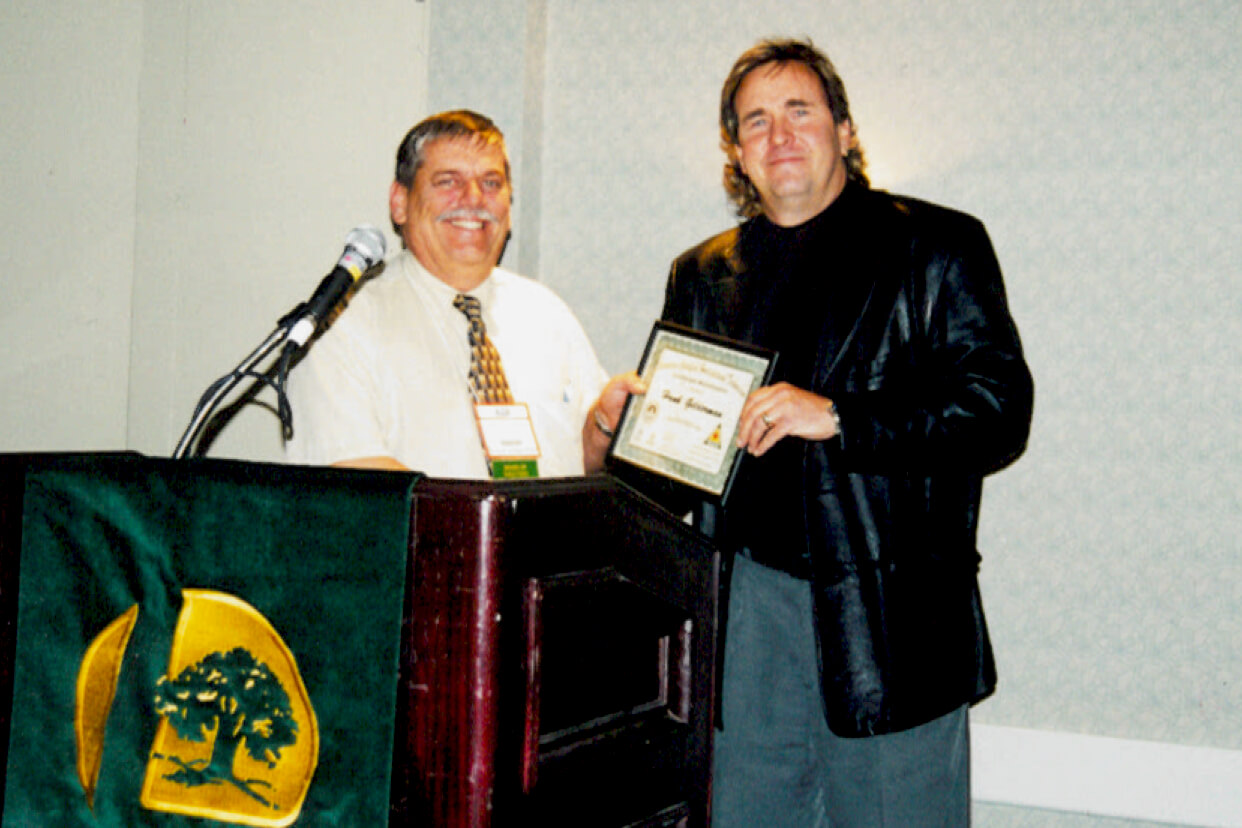 Hank Gelderman, left, was presented with his Canadian Certified Horticultural Technician certificate in recognition of his practical support of the CCHT program. He received the certificate from Harold Deenen, CCHT chair at Landscape Ontario’s Annual General Meeting at Congress.

Garden Expo experienced a 34 per cent increase in attendance at its second annual edition in 2001.

“It is quickly developing a personality and audience quite separate from Congress,” Day said, “and has done this without cannibalizing Congress, which still enjoys a healthy annual growth rate after 29 years.”