The LO Growers Group celebrated its 25th anniversary by staging an extra-special Research Auction with a pioneers’ reunion. The event was held at Timm Enterprises in Oakville. Among some of the industry pioneers attending were Howard Stensson, Burke McNeill, Monica van Maris and Horst Dickert.
Share
Tweet
Mail

LO’s first 25 years were documented in a special yearbook, available at www.horttrades.com/yearbook. Each issue this year will highlight a year of the association’s history.

London, Guelph, Lindsay, Oakville and Milton are just a few of the municipalities among a growing number of locales across Canada debating the merits of a ban on pesticide use.

During a 2002 council meeting in London, the city’s solicitor advised councillors and about 60 members of delegations that council did not have the authority to pass a by-law to restrict pesticide use. When that statement was challenged, the solicitor said those pursuing such a by-law would be hit with a lawsuit, with the likely outcome of losing.

“It is clear that local involvement is the best way to tackle this issue for the time being,” said Ken Pavely, Landscape Ontario’s Healthy Lawns information coordinator.

“It is abundantly clear that operators here in Ontario are taking a more aggressive posture, and it is paying dividends,” he said.

Despite the many political pressures, the 2002 growing season’s heat and drought led to many new clients contacting lawn care operators to address the weather-related problems, including grubs.

“People are definitely more frugal than they used to be,” said Thom Bourne of Nutrilawn Ottawa. “But in the end, people realized they need the services of licensed professionals.”

Bourne was optimistic that much of the political noise would soon quiet down. 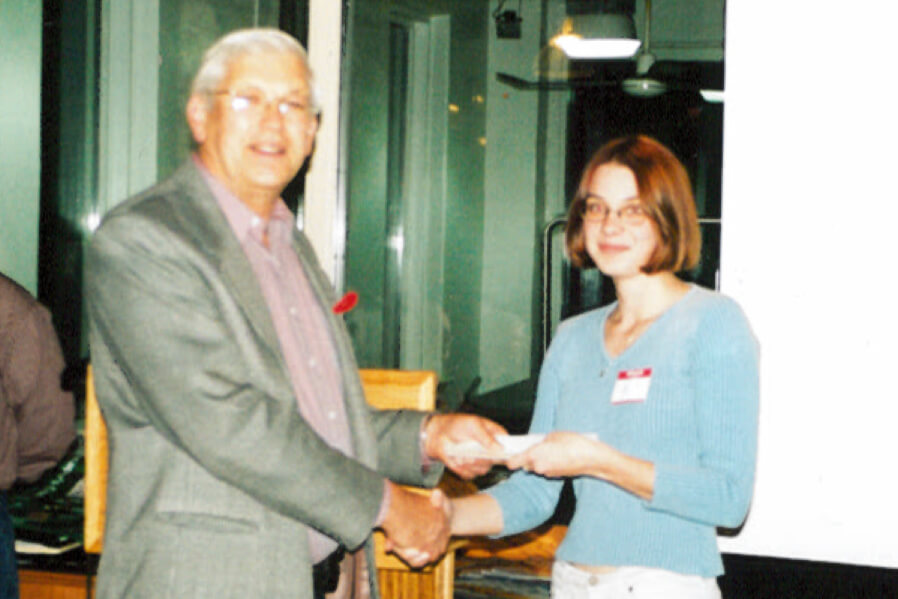 When Landscape Ontario purchased a 45-acre property located on Hwy. 401 at the Milton/Halton Hills border in 1994, the price was $1.23 million.

It was around the time of the favourable assessment, that LO executive director Tony DiGiovanni received an invitation by Halton Hills mayor Kathy Gastle to speak to her council.

DiGiovanni assumed he’d be speaking on behalf of the industry to defend its position against the tabling of anti-pesticide by-laws. The meeting had nothing to do with pesticide use, and was but a gesture by Halton Hills council to welcome LO to the community.

“After months of challenging meetings regarding pesticide use,” DiGiovanni said, “it was a wonderful change to be officially welcomed and enthusiastically supported by a municipality.” 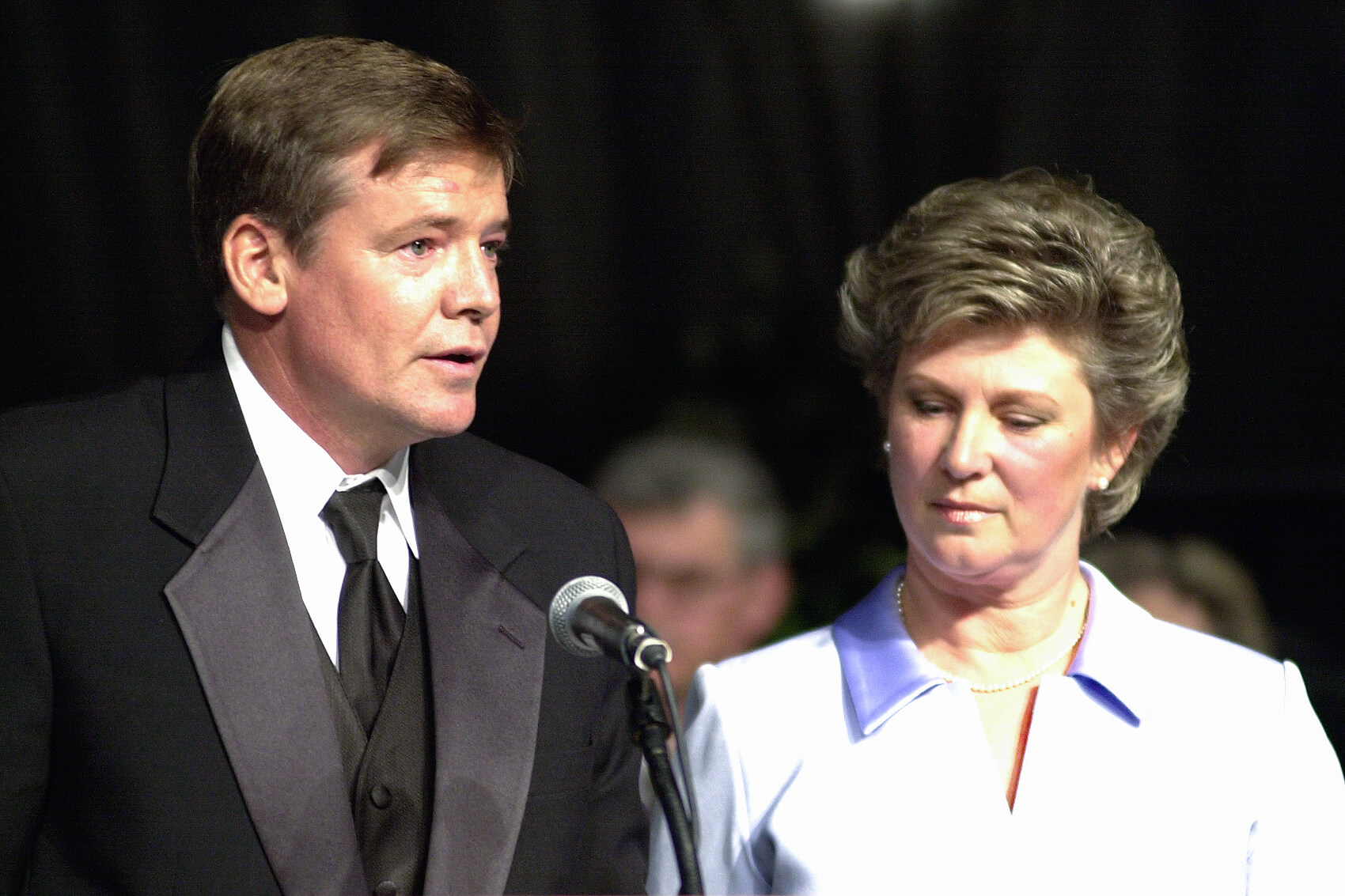 Canada Blooms opening night recognized the top display gardens at the annual show at the Metro Toronto Convention Centre. In photo, the 2002 Canada Blooms co-chairs, Gerald Boot, of Landscape Ontario and Connie Hunter of the Garden Club of Toronto, announce the winning gardens.

More than 300 students across Halton competed in the region’s annual Skills competition at White Oaks Secondary School in Oakville. This was the first year that a competition category for landscape construction was included.

The challenge was to build a sloped garden measuring 12 ft. x 16 ft., with each garden to include one deciduous tree, two coniferous shrubs, one deciduous shrub and five perennials. Student teams did not receive the plan until the onset of the day-long competition.

The end result of the inaugural landscape construction competition was a 60-foot garden at the front of the school.

The founding publisher and editor of Horticulture Review, Rita Weerdenburg, decided that her 20th year with the magazine she created would be her last.

“In late 1991, an agreement was reached between the then current board and myself, and the association acquired Horticulture Review,” Weerdenburg wrote in a December 2002 column.

“Of course, it is always difficult to leave one’s ‘baby’ behind, but at the same time I take great comfort in knowing that Horticulture Review is being left in very capable hands,” Weerdenburg said.

“It was always the association’s intention that Horticulture Review should be the main communication venue to the industry it serves, and I believe it has and will continue to completely serve this role.” 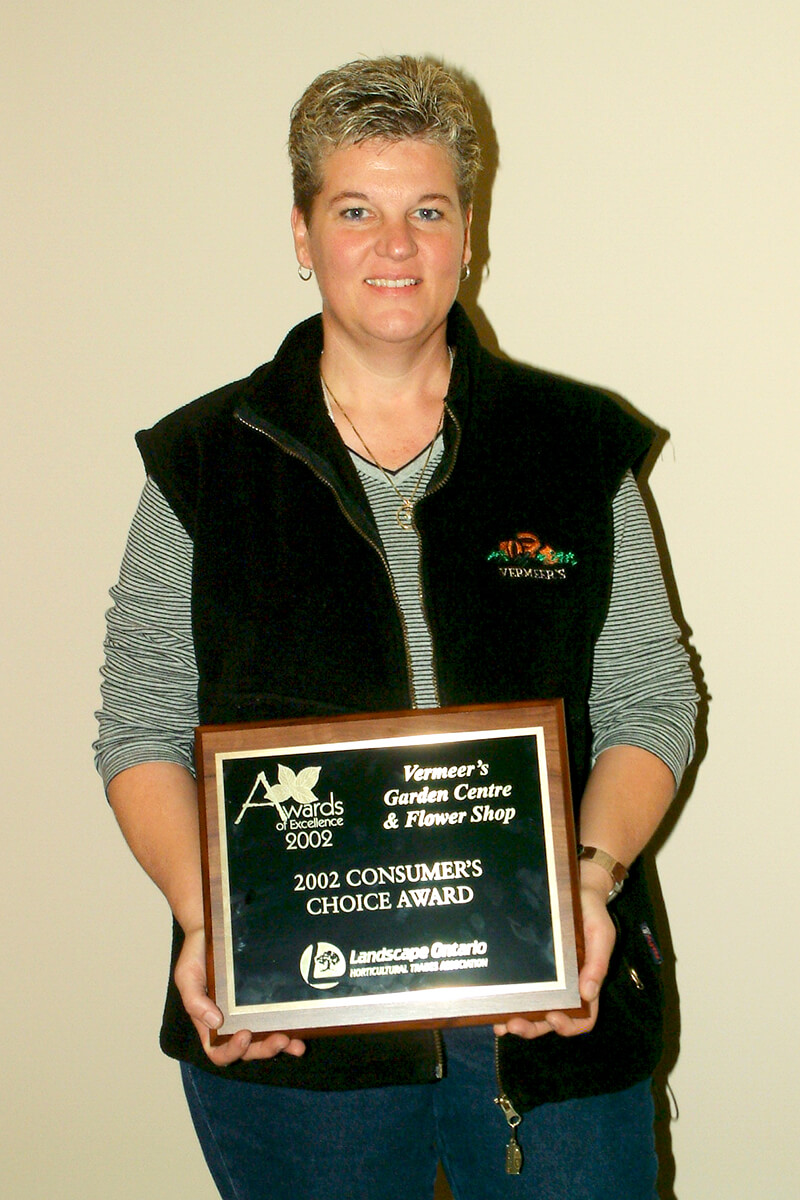 Karin Vermeer of Vermeer’s Garden Centre and Flower Shop in Welland accepted the Consumers’ Choice Award at the LO Awards of Excellence for garden centres, held at Expo. The year 2002 saw a 13 per cent increase in attendance at Expo with 3,000 people visiting the 256 exhibitors.
Share
Tweet
Mail