This year is a time of special pride, as your association celebrates its 40th year.

Landscape Ontario magazine has searched its archives to publish nostalgic items since the association’s last big celebration in 1998. LO’s first 25 years were documented in a special yearbook, available at www.horttrades.com/yearbook. This month’s feature on the events of 2006 will end the series of looking back over LO’s past 15 years. We hope you have enjoyed the feature. 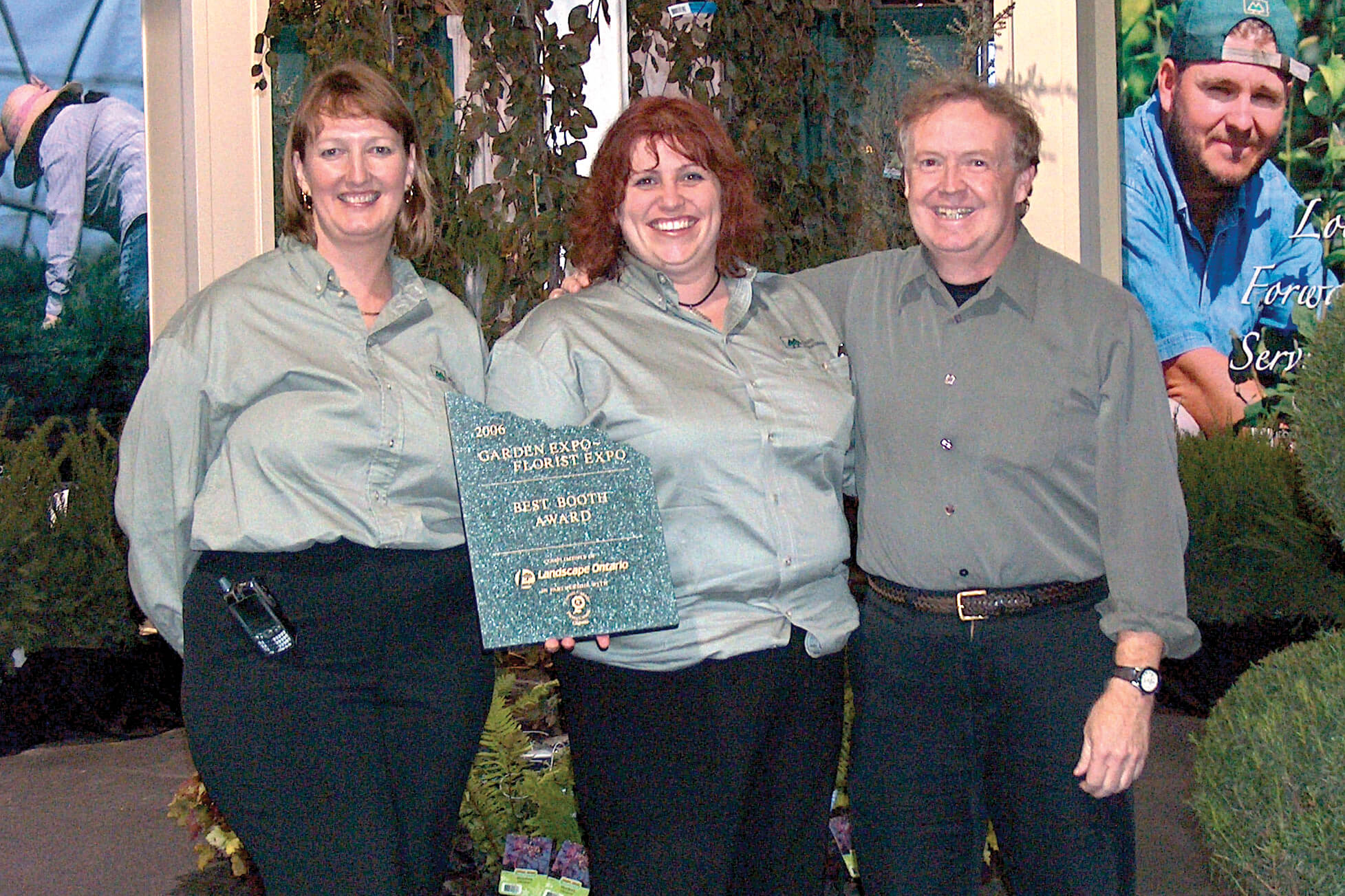 Landscape Ontario’s Garden Expo brought together three shows under one roof of the Toronto Congress Centre. The former shows were Garden Expo, Florist Expo and National Hardware Show. In photo are members from Mori Nurseries who won the best booth award for over 200 sq. ft.

More than 10,000 trees were impacted by a mass spawning of gypsy moths in 2006. The gypsy moth is a notoriously hungry population, capable of complete, fast defoliation of infested trees. City staff estimated that the cost of pruning and/or removal of the infected Mississauga trees cost about $5 million.

The city had been monitoring the state of gypsy moth for several years, noting the exponential annual increases to the pest’s population. It wouldn’t be a stretch of the imagination for more than 600,000 caterpillars to emerge from just one, heavily infested tree.

To treat the trees, city staff recommended two Integrated Pest Management approaches. The first request went out to all Mississauga residents living in affected areas, who were encouraged to destroy all egg masses within reach. Eggs masses outside of reach were to be eliminated by two to three aerial applications of Bacillus thuringiensis var. kustakim (Btk) in the spring via a twin-engine helicopter.

Another risk posed to Ontario trees grew as more sightings of the emerald ash borer were reported. Though it may not be possible to completely eradicate the EAB, Canadian Food Inspection Agency forestry specialist Ken Marchant said the spread of EAB can be slowed down.

“This is generating interest and concern across Canada,” Marchant said.

“City officials in Winnipeg estimate there are 300,000 ash trees lining city streets. To lose this many trees would be devastating,” he continued.

“Of those trees, 81 were found to be infested with EAB. What’s troubling is that some of the trees were heavily infested, but showed no outward signs of infestation,” said Marchant. “The biggest limitation to controlling EAB is that we can’t find it at low levels of infestation. By the time the damage is noticed, we’ve missed the leading edge by 30 to 40 kilometres.”

Late in 2006, the EAB was spotted in two trees in a residential neighbourhood in London. 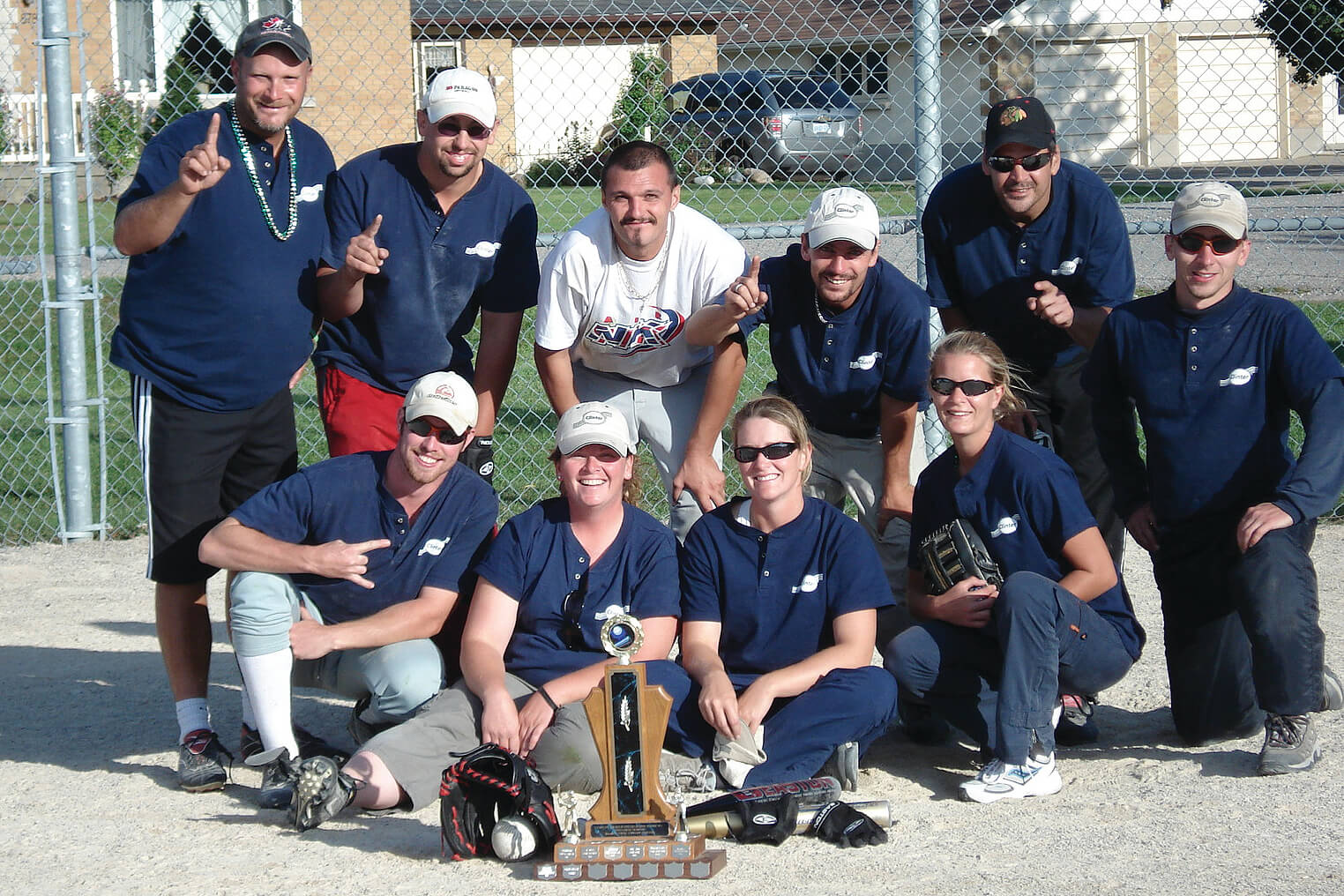 Seven teams competed in the 2006 Waterloo Chapter annual baseball tournament. In photo are the members of Clintar Grounds Maintenance who won the championship for the third consecutive year.

There were many instances in 2006 where companies were repeatedly overcharged, because a 407 transponder registered a truck, but a trailer attached to that truck would get charged as a second, non-transponder vehicle.

Catherine Kemley from Bruce Wilson Landscaping shared some advice to Horticulture Review readers about how to avoid 407 toll overruns driving a truck with an attached trailer.

Kemley recommends assigning each truck a separate transponder and always leaving it there, and to make sure that the 407 has all current plate numbers, including all trailer plate numbers.

“Be specific by listing the trailer plates and label them as such,” she said. “It is also helpful for the drivers to mark down when they enter and exit the 407.”

If a double charge still occurs, Kemley recommends faxing a copy of the charge, along with the transponder serial number that the trailer was attached to that day, to the 407 administration asking that the charge be reversed.

“I have had no problems with this method.” 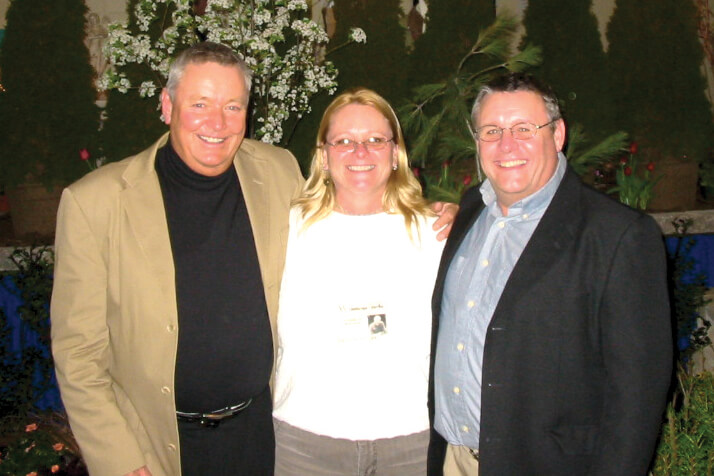 A booming economy created a substantial demand for landscape products and architectural services in major cities in China. That newfound economic prosperity compelled the Ontario government to organize a trade mission to China, where travelers had an opportunity to be introduced to potential customers and the chance to penetrate a brand new market.

The first stop on the trip was to the six-month-long 2006 International Horticultural Expo in Shenyang, featuring a 246-hectare area which included four major architectures, 8.1 million trees and more than 20 million flowers.
Shenyang, the capital city of Northeast China’s Liaoning province, was in the midst of ridding itself of the reputation of being one of the world’s top 10 most polluted cities.

The Shenyang expo came on the heels of a $2.5 billion investment by the Chinese government to increase and expand Shenyang’s public green spaces, as well as to shut down more than 600 heavy-polluting factories and plants.

One of the driving forces in the Canadian horticulture industry celebrated its 100th birthday. The company began as The Connon Floral Co. Ltd., with offices and greenhouses in Hamilton. The owner, John Connon, expanded his business by purchasing a 126-acre farm in Stoney Creek in 1911.

Upon Major John Connon’s return from his service in World War I, he continued to grow his company as fast as the economic climate would permit. In the spring of 1952, as the post-World War II boom began to take hold, Connon hired a Dutch immigrant with an impressive horticultural background named Cornelius Vanderkruk.

Within five years, Cornelius was general manager of the nursery and purchased a 50 per cent interest in the Connon Nurseries. 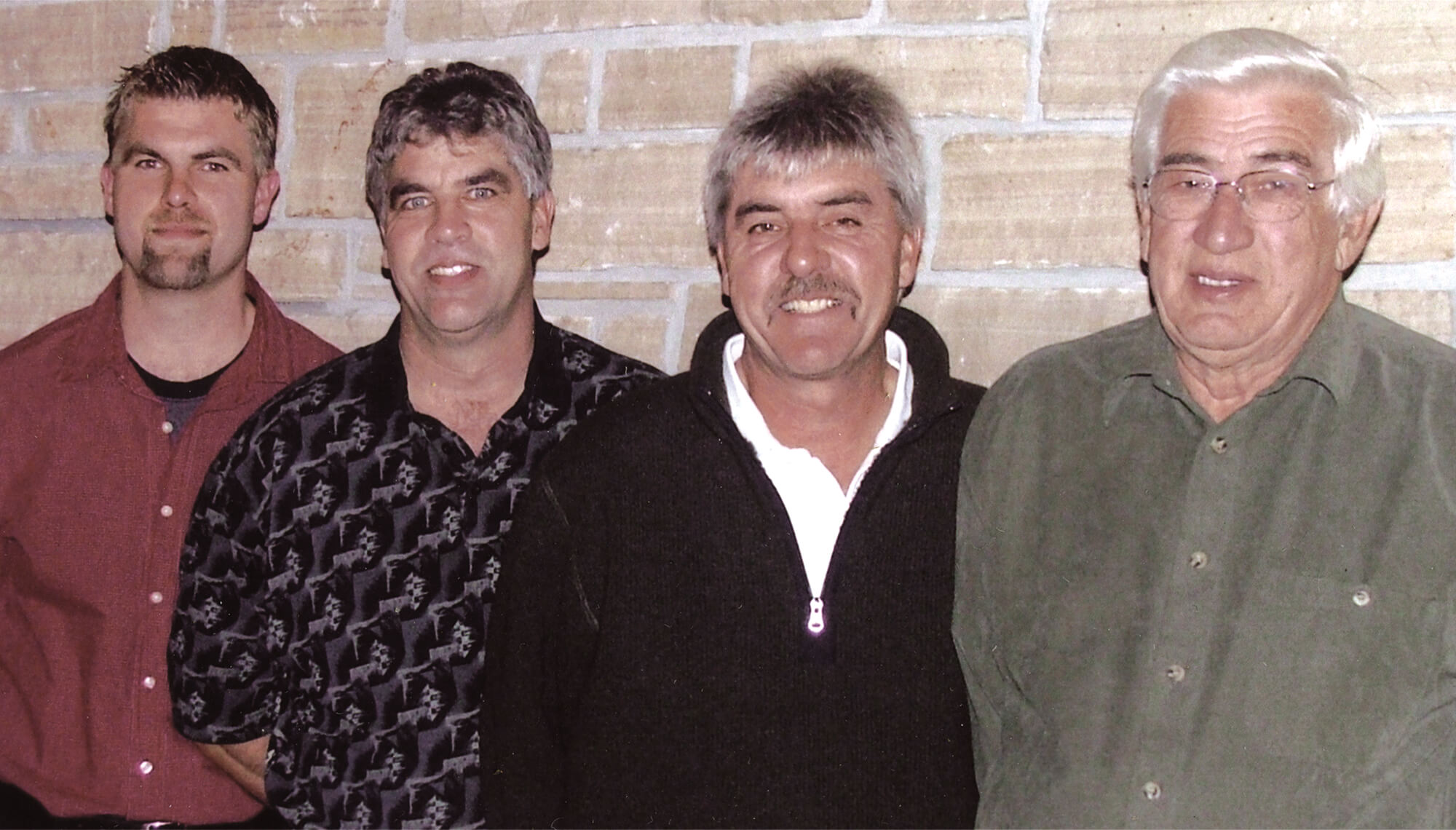 Connon Nurseries celebrated its 100th anniversary. Three generations of the Vanderkruk family are in this photo from 2006. From left, Mark, Rick, Case and Neil Vanderkruk.
Share
Tweet
Mail