In 2006, the City of Kingston, Ont., decided to renovate its Grand Theatre. It awarded a general contract to Asco Construction, who in turn tendered out the concrete topping and repair work. Epoxy Solutions bid for this work, in accordance with (among other things) an elevation drawing provided by Asco as part of the tender documents. Epoxy was awarded a subcontract and (no doubt as required by the contract documents) retained a surveyor to verify the slab elevations before commencing the work. The elevations were wrong. Epoxy advised Asco that its subcontract price had to be increased by almost 50 per cent, and that it required a change in the work for that amount before starting work. 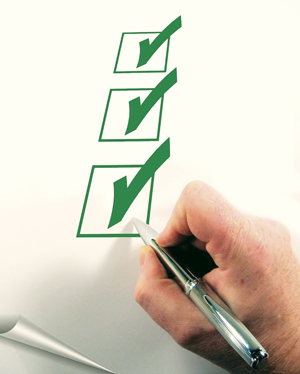 Asco refused to approve the extra and demanded that Epoxy start work immediately. Epoxy refused. Asco retained a new subcontractor and sued Epoxy for the premium costs of retaining a new trade. Epoxy counterclaimed for its profits lost on the job.

At trial, the judge found that the error was Asco’s fault, that Epoxy had provided adequate information about the discrepancy and its costs claimed, and that Asco could not require Epoxy to proceed with the work without adequate assurance that it would be compensated for the extra work. As a result, Asco’s claim for damages was dismissed; Epoxy was awarded its lost profits.

The principles at issue in the case have been well established; contractors or subcontractors who perform additional work (or a better quality of work) without an approval will not be entitled to additional compensation. This is true, generally speaking, even where there is a dispute over whether the work is, in fact, an extra. In Peter Kiewit & Sons v. Eakins Construction [1960] S.C.R. 361, for example, a subcontractor believed it had drilled its piles to the depth required by its subcontract. The contractor, however, believed otherwise. The subcontractor originally refused to perform additional drilling, without an approval for a change in the work. The contractor (much as Asco did in this case) insisted that the subcontractor keep working and threatened to sue for premium costs and delays if it refused. The subcontractor, under the threat of litigation, decided to keep drilling — and to pursue its claim for an extra at a later date. The claim for an extra went all the way to the Supreme Court of Canada, which held (on the basis of established case law) that because the trade had performed the late work without an approval, it was not entitled to additional compensation.

Two things should be noted. First, a subcontractor who agrees to perform the work, without an extra, will not always be refused additional compensation. This is because courts can, and often will, vary the terms of the agreement between the parties based on their conduct. (In other words, depending on what is said or done by the parties, the courts might relieve the subcontractor of the harsh consequences of proceeding — by finding the other side to have waived its right to refuse payment in the circumstances.) Second, stalemate over whether an extra should be approved is often expressly addressed by the parties in their contract. Most standard form contracts in Canada, for example, provide that where there is a dispute over whether or not certain work amounts to an extra, (or over the amount to be paid for same), the contractor or trade can be directed to perform the work while the dispute drags on with no guarantee of additional compensation. It appears clear that in this case, no such clause existed in the contract. Had there been one, Asco would most likely have been successful at trial. The lessons to be learned are twofold: Get the approval if at all possible, and make sure you read and understand the contract — as refusing to perform in the face of a contractually-enforceable direction will expose you to damages.

This, however, is not the end of the story. Asco appealed and the Divisional Court on its own initiative determined that the doctrine of ‘common mistake’ applied to render the contract void. The issue of common mistake, however, was not pleaded or argued at any stage. The parties became aware of this theory for the first time when the Divisional Court released its decision. The Divisional Court’s theory was that because the sketch differed from the actual site conditions, both the contractor and the bidding subcontractor were both mistaken as to existing conditions in entering a subcontract.

You can imagine how surprising the Divisional Court’s approach was for many in the construction industry. Allowing an owner to avoid responsibility for errors in its tender documents on the basis of ‘common mistake’ would have a significant impact on both the law, and practice, of tendering in Canada. Thankfully, the Ontario Court of Appeal overturned the decision. The Court of Appeal reiterated, firstly, that no Court should decide matters on grounds which were not advanced by the parties. The Court then found (in an approach which is consistent with the existing law and practice of tendering) that the mistake was Asco’s fault, that the tender documents represented an implied representation that the work described could be built as described, and that compliant bidders were entitled to rely upon the accuracy of the tender documents.

The second half of the story is a good example of why construction litigation can be an uncertain, and sometimes expensive, prospect. Judges are people, too. They can do unexpected things and it sometimes takes two or three levels to get it right (if at all). Parties to a dispute should keep this in mind. In this circumstance, I’m sure both Asco and Epoxy now wish they’d come to an agreement before going to trial. After all, Epoxy’s original subcontract value was only $72,500. It won a mere $25,000 at trial. The company probably spent well over $100,000 in legal fees.

Robert Kennaley has a background in construction and now practices construction law in Toronto and Simcoe, Ontario. He speaks and writes regularly on construction law issues and can be reached for comment at 416-368-2522 (Toronto) 519-426-2577 (Simcoe) or at kennaley@mclauchlin.ca. This material is for information purposes and is not intended to provide legal advice in relation to any particular fact situation. Readers who have concerns about any particular circumstance are encouraged to seek independent legal advice in that regard.