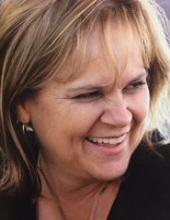 After a lengthy four year battle with cancer, Linda Lobert was called home to her Lord on June 6, 2015, at the age of 50 years.

Beloved wife of Martin for 30 years, and dearly loved mom of Nicole, Justin, MacKenzie and Bailey.

She was loved daughter of Cor and Alida Vanderkruk and daughter-in-law of Ton Lobert and Trish Smith-Lobert (and the late Sonja Lobert). Dear sister and sister-in-law of Rob and Trish Vanderkruk, Kim and Ed Bremer, Terry and Heather Vanderkruk, Leanne and Mike VanWingerden, Kevin Vanderkruk, Murray and Helen Lobert, Pete and Grace Lobert, Richard and Marilyn Lobert, and Yvonne and Tony Castelli. Linda will also be deeply missed by her many aunts, uncles, nieces, nephews, cousins and friends.

Many growers in the industry knew Linda as she was the purchaser of annuals, tropical patio plants, and most recently, perennials and ornamental grasses at Connon Nurseries/CBV.

A memorial service was held on June 10 at Compass Point Church in Burlington. A private family interment service took place in Waterdown.

Jesus said to her, “I am the resurrection and the life. Whoever believes in me, though he die, yet shall he live, and everyone who lives and believes in me shall never die. Do you believe this?” (John 11:25,26).