London Chapter unveiled its beautiful new trailer which will be used at events throughout the area to both promote the association and carry supplies for Chapter events and shows.

The new addition drew much attention to the Chapter’s booth area with its colourful wrap. With the trailer as the main feature, softened by posters and cascading containers (supplied by Canadale and designed by Nicola Kamp), the booth attracted patrons to stop and chat with Chapter members. This was the sixth year the London Chapter was present at the show.

Each year volunteers working at the booth have handed out information about Landscape Ontario, a list of all London Chapter members and talked to passersby as part of the branding and promotional initiatives for the Chapter. This year London Chapter members decided to eliminate hardscapes and a complex garden display, which they felt in the past made the booth look like a contractor’s booth. “It also made set-up fast and easy, says Chapter coordinator Wendy Harry. 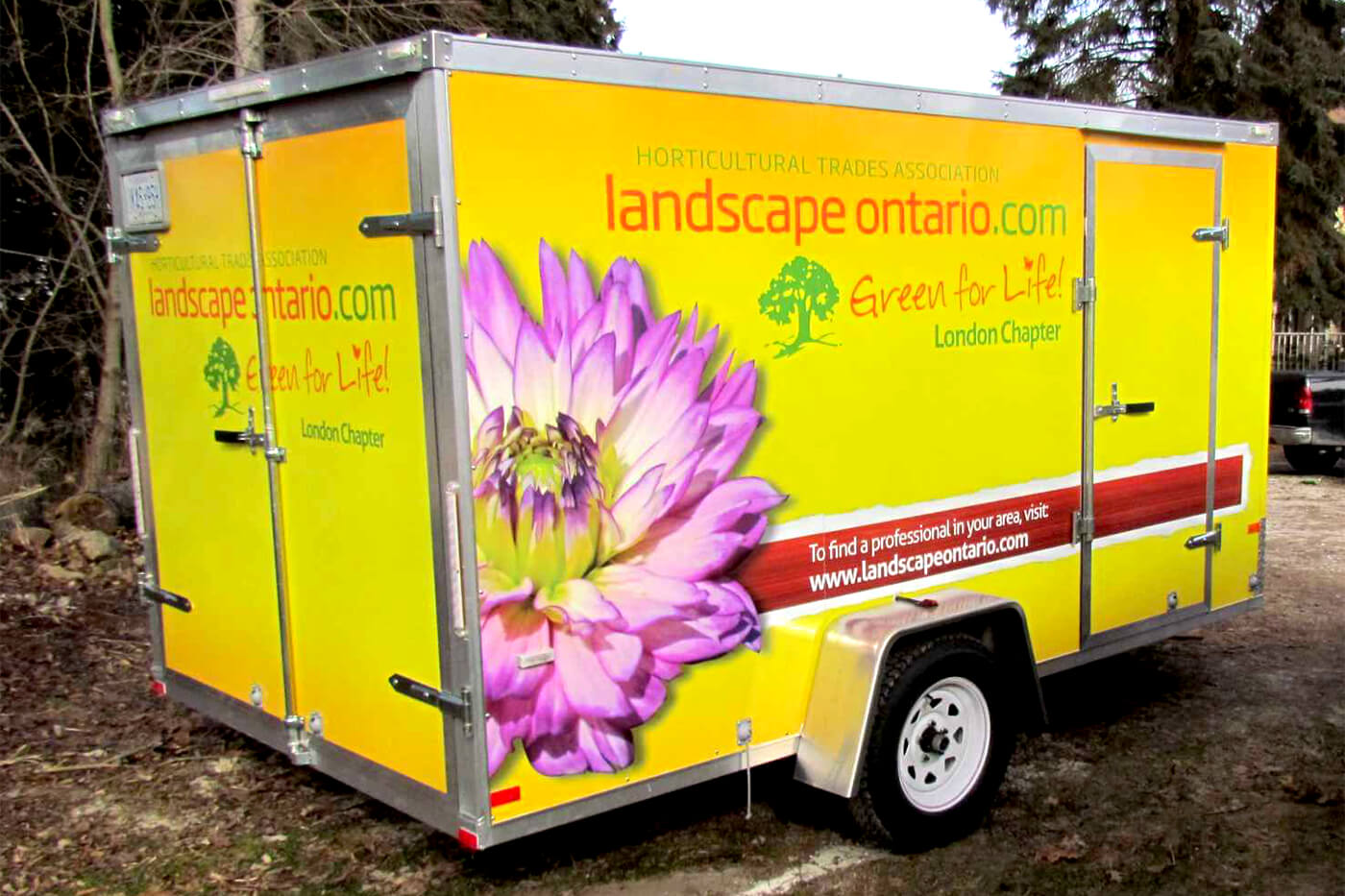 The trailer will be used at all Chapter events, and on location around London and area. At present, the trailer can be seen at Grand River Brick and Stone. The trailer also serves as storage for the accumulated supplies the Chapter has for shows, meetings and more.

Volunteers are now making plans to have a booth at the London Home and Garden Show in April. Volunteers will be needed, and may contact Wendy Harry at wharry62@gmail.com if interested.
Share
Tweet
Mail