When you’ve been in business for almost 40 years, you’ve likely had to surmount a few major challenges. That is, unless you’re Ron Koudys, the man behind London, Ontario’s Ron Koudys Landscape Architects.

“People talk about life having challenges, but I’ve never had that same sense of something to overcome,” Koudys says. “I love what I do. I get up in the morning, every morning, and I think wow, what a lucky guy I am.”

Anyone who knows Koudys, though, knows that his success has little to do with luck. What started as a business out of a small office in his London home in 1981, has grown into one of the most renowned landscape architectural firms in the area. It’s now located in a downtown London building with 10 employees — including three arborists and six landscape architects — one of whom is Ron’s son, Luke.

In the early days of the business, Koudys says the average construction value per project was between $5,000 and $10,000. Now it’s $100,000 and up, with some in the multi-million-dollar range. About 90 per cent of those projects are now in corporate/commercial, and they run the gamut from municipal parks to seniors’ centres, Loblaws stores to shopping centres, university campuses to hospitals.

So if luck hasn’t been the secret to all of that success, what has?

It certainly helped that Koudys seems to have landscaping and horticulture in his blood. In the early 1950s, his grandfather emigrated to the Niagara region from Boskoop, Holland — the epicentre of horticulture in the country — and started a landscaping business. Ron’s dad and uncle were also involved in the business, and by the time he was nine, Ron too, was pushing a lawnmower and spending all of his weekends, evenings, and summers working with his grandfather.

When Koudys was 13, his family moved to a farm between Fort Erie and Niagara Falls where he started a small nursery with his dad. By the end of high school, Koudys was also working at Hasselman Nurseries in Fort Erie, doing propagation and field work. A year later, he enrolled in the University of Guelph’s landscape architecture program.

Koudys had written the administrators of that program when he was in grade eight, a year after the program launched, because he had fallen in love with landscaping and wanted to know what classes he should take in high school to get into the program.

“They wrote me a nice letter back — a letter I still have — that basically said it doesn’t matter what you take, just do well, and we’ll see you in five years,” says Koudys. “Five years later, I showed up with my letter and said I wanted to be a landscape architect.”

Around the same time he launched his business, Koudys was also teaching landscape design at Fanshawe College, where he would become instrumental in establishing Fanshawe as one of the top schools in the landscape field in the country.
og:image 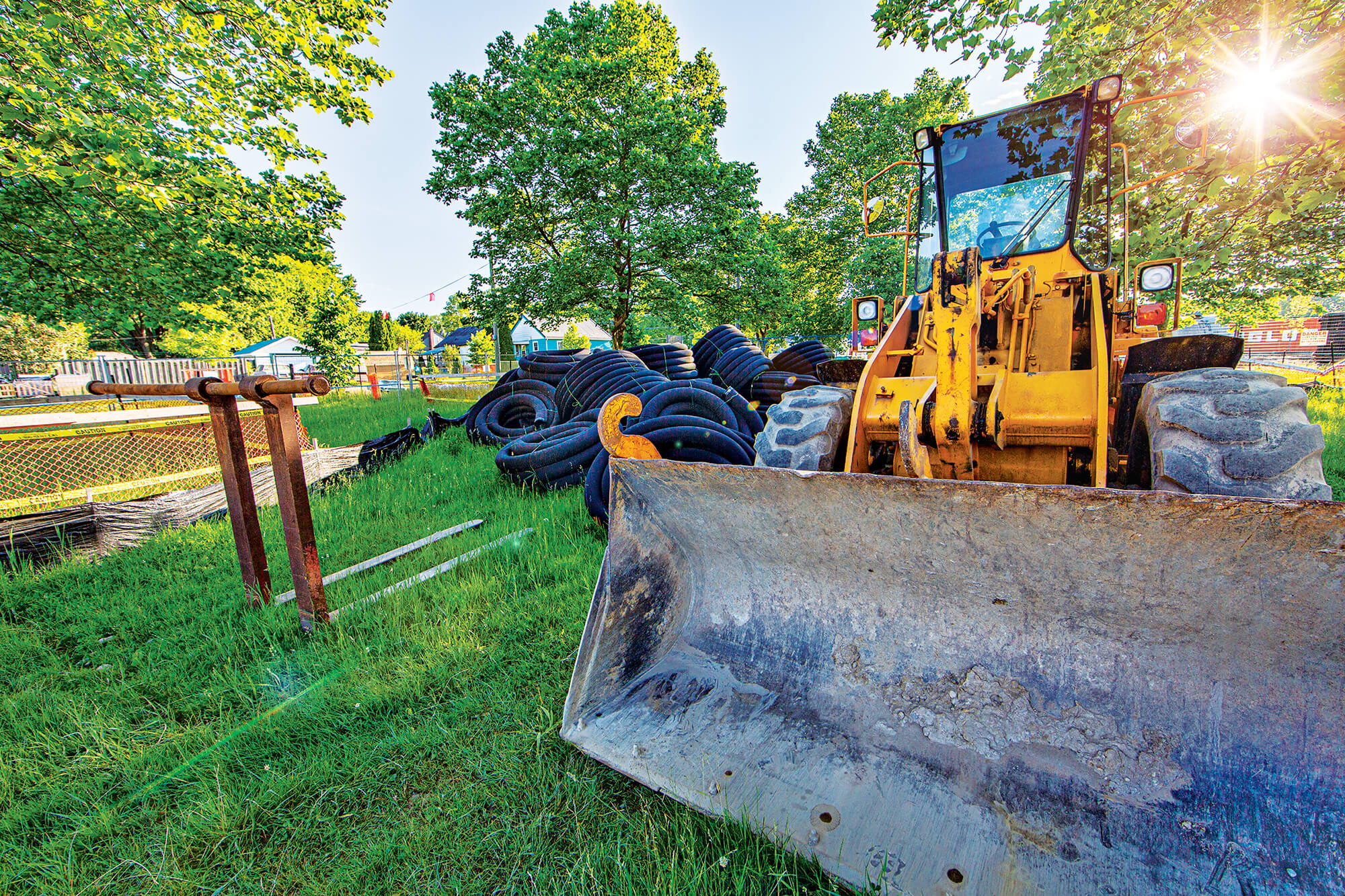 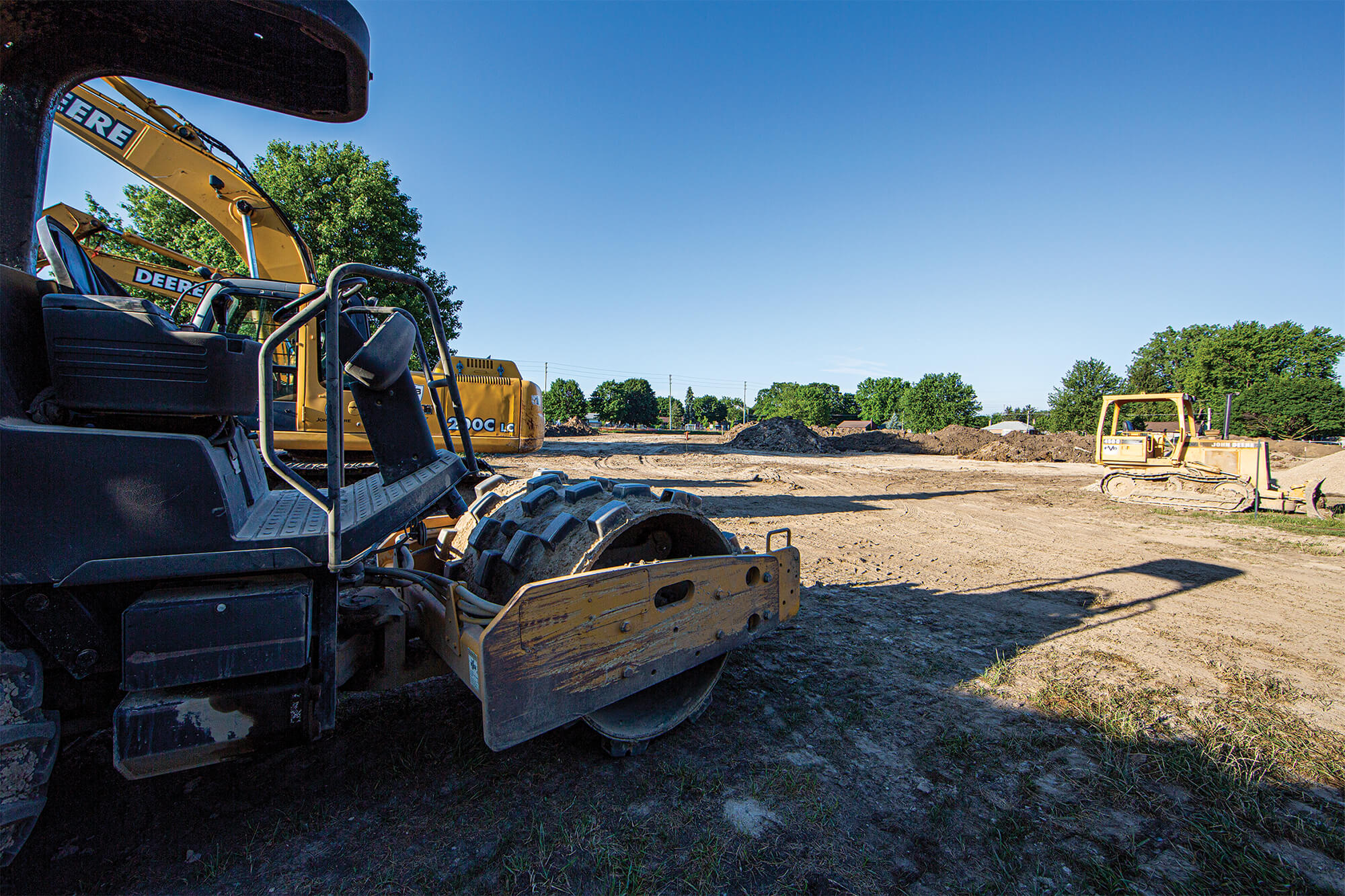 “As the program grew, I could see some really good students who wanted to stay in London, but there weren’t a lot of employment opportunities,” says Koudys. “Really, between Windsor and Kitchener, there was nobody, so I started bringing those students into my own firm and training them and cultivating them and getting new clients.”

The rest, as they say, is history. Today, Koudys and his team are no longer working just in London or southwestern Ontario. They’re everywhere from Ottawa to Windsor, and sometimes they complete projects in Michigan, where Koudys is also licensed to practice. Right now, they’re also working on three resorts in Barbados.

One of the jobs Koudys remembers most fondly actually happened in the early days of the company, when they were asked to help out with a project for Ontario Place in Toronto. Called “Ontario North Now,” it was meant to showcase northern Ontario. The completed project, which Koudys designed, is still standing on the western side of the park as a series of concrete silos linked together with walkways and catwalks.


Focus for the future

As for the future of Ron Koudys Landscape Architects, Covid-19 has introduced a lot of big questions, as it has for many in the profession. While nobody is sure what the future will look like, Koudys remains optimistic. “I think it may be a year or two before we get back to what we might call our new normal, but the basic economic foundations in Ontario are still pretty strong, and I think a lot of our clients will recover and then we’ll continue on,” he says.

For now, Koudys says his firm is focusing on continuing to develop strong relationships with municipal parks departments in small and medium-sized communities, because he thinks projects like skateboard parks, spray pads, recreation parks, active recreation areas, and trails are going to be growth areas. He thinks the same for seniors’ care centres, so that will continue to be a focus for the firm, too.

But however the post-Covid future looks for Ron Koudys Landscape Architects, you can be sure Ron will continue to wake up every morning thinking how lucky he is.

“I just absolutely love to do this,” he says. “Landscape architecture is such a diverse thing, you never get bored with it, there are always new things to learn. And I have great clients and a great team. What’s there not to like?”
Share
Tweet
Mail