And, success wasn’t measured in just positive comments, as hard numbers prove this year’s event was a triumph. Overall attendance showed a 22 per cent increase over last year. And those attendees were in the mood to do business, as exhibitors report great contacts, with some making a number of good business deals.

The increased attendance numbers began on Mon., Jan. 11, with the conferences. Each session needed additional seating brought in to handle the extra participants. Results show attendance numbers: 164 at the IPM Symposium, 72 at the irrigation conference, 177 at the landscape designers’ conference, 68 at the OPA’s 54th Annual Conference, and 15 attending the CLP Financial Management Study Group.

“There were a number of factors at play this year that resulted in success at Congress,” said show manager Paul Day. “Of course the weather had a lot to do with it, but there was also the fact that many members of our industry are buoyed by the improving economy and that Congress has become the place to be in order to see what’s new in the industry.” Day also felt that partnerships with the Canadian Fence Industry Association, Communities in Bloom and the Ontario Parks Association, and the Mayors’ Breakfast, make Congress a must-attend event. “The status of Congress improves every year,” said Day.

The trade show began Tuesday, with over 60 Ontario mayors attending a special Green Eggs Breakfast. The event initiated the Green Forum at Congress, hosted by Landscape Ontario, the Ontario Parks Association and Communities in Bloom.

Through a special arrangement with Via Rail, the mayors and elected officials were transported to the breakfast on the Mayors’ Express trains that ran from Ottawa and Windsor. Sponsors of the event included Alfa Products, Via Rail Canada, Tradewinds International, MMM Group, Porter Airlines, Unilock, Doubletree by Hilton Toronto Airport, City of London, Muskoka in the City and Nuworld Research and Development – Div of MMC Ontario.

The breakfast was followed by Toronto Mayor David Miller, with a pair of golden hedge shears in hand, snipping the ribbon at the official opening ceremonies of Congress 2010.

Following the opening ceremonies, the delegation was led by a piper in full Scottish regalia to a special presentation of an environment award from Landscape Ontario to Mayor Miller and the City of Toronto. The award was presented by LO’s executive director Tony DiGiovanni, who said that Mayor Miller’s core value is environmental stewardship. “I’m privileged on behalf of the City of Toronto to receive Landscape Ontario’s Environment Award,” said Miller.

Tuesday night featured LO’s Awards of Excellence Show. See page 8 in this issue for the special award winners, and go to www.loawards.com/2009winners for a complete list and photos of the winning entries. 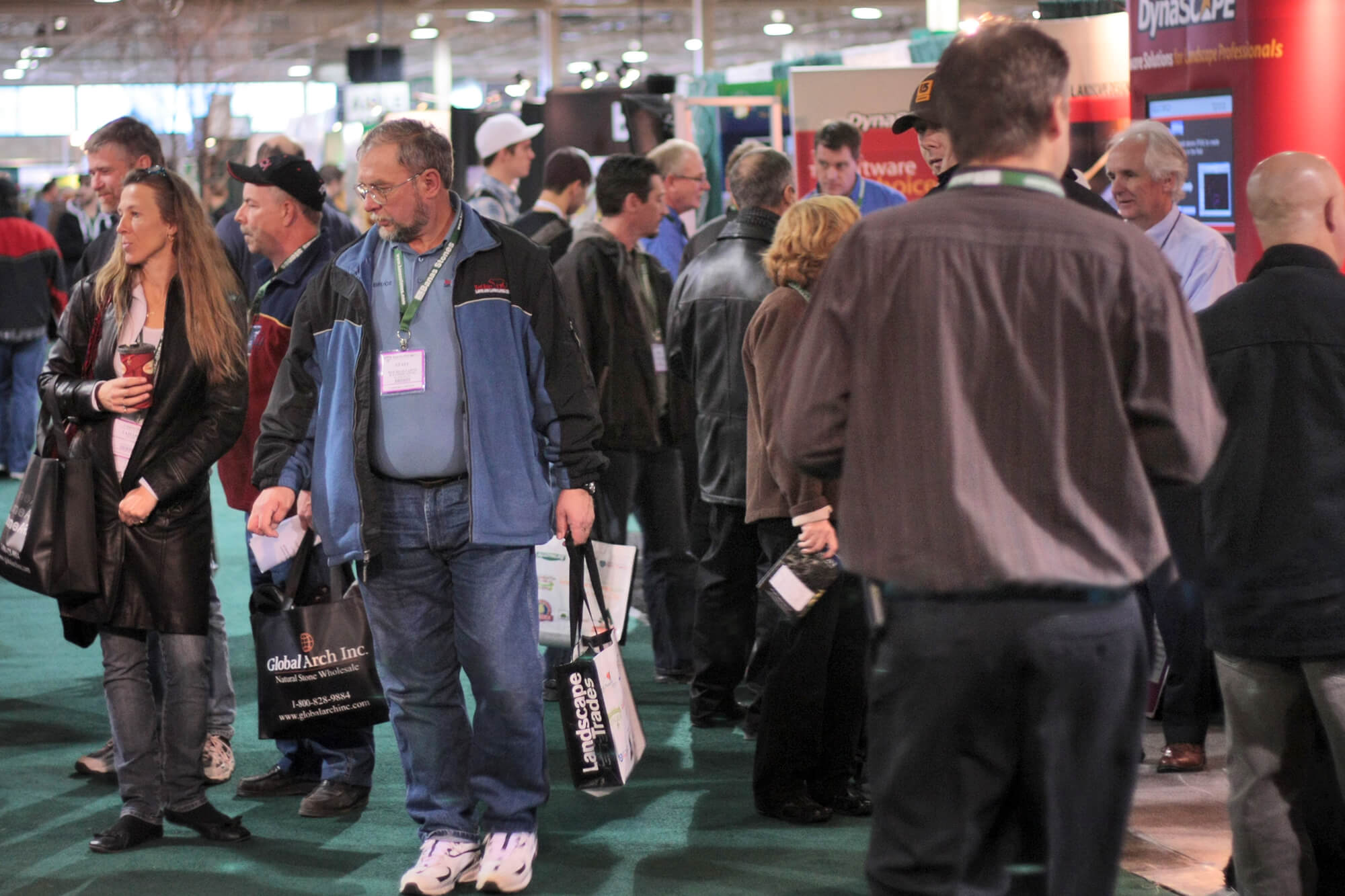 Winners of the inaugural Green for Life Award were announced Jan. 13, at Congress’ Tailgate Party. The winner of the contractor award was Appleby Landscaping of Milton, with Lemkey Landscape Design of Winnipeg, Man. winning the design category and Clintar Landscape Management of Mount Hope taking the prize in the lawn care.

The Green for Life Award recognizes and awards environmentally responsible companies in the horticulture, landscape construction and design industry. Winners were drawn from participants completing the Environmental Scorecard. There were 472 entries, including 287 from Ontario.

Best booth and best promotion awards were presented to the following winners in each of the six categories:
Turf Revolution received the award for the best promotion. The award is presented to the exhibitor who best develops strategic and measurable marketing campaigns to promote their participation in advance of Congress.

Over 400 ballots were cast to decide the winners of the best new product displayed in the New Products exhibit. Xero Flor Canada’s Green Roof Systems won the vote, followed by Rubaroc Rubaflank and Bosman Patio Bar Set and Husqvarna solar automower. There were 41 green products and 68 new products submissions showcased in the showcase.

A number of positive comments were received from attendees. One was about Jim Paluch’s session on the Risks and Rewards of Change: “Very helpful. Jim forces you to dig deep within yourself to find the answers you need in this business to succeed.” And this about Jacki Hart’s talk on Prosperity Partners: A Career that’s Great for Life! “Best landscape seminar I’ve attended in three years. It was relevant to me and where I am in my business in Alberta (LANTA)!”

“The Ontario Parks Association is pleased to report that the 2010 edition of the Explorations and Educational Forum was a great success,” said Paul Ronan, OPA executive director. “The decision to join with Landscape Ontario and combine the two trade shows and educational components proved a hit with our delegates. Based on this year’s success, OPA will be enhancing our educational and trade show components for next year,” continued Ronan.

“I received lots of positive responses from all of my Fencecraft exhibitors who thought Congress was a great show,” said Evie Isenberg, of the Canadian Fence Industry Association. “Our association was happy to be a part of Congress once again. We look forward to partnering with Landscape Ontario in 2011.”

Landscape Ontario thanks the following sponsors for their generous support of Congress.