The prestigious 2017 National Award of Excellence for Landscape Design was awarded to Andrea Rowe, Principle Landscape Designer for Airo Landscape Design, a member of Landscape Newfoundland and Labrador Horticulture Association (LNLHA), for her project ‘Bristol Place’.

With a background in Environmental Design, Landscape Architecture, combined with a degree in Linguistics and Mathematics, Rowe prides herself on the ability to analyze spaces using the language of design to tie the landscape seamlessly with the existing architecture to connect people with their outdoor space.

Co-designer Jennifer Olah B. Env. Des. (Land. Arch.) has been with Airo Landscape Design since 2013. With a background in Environmental Design, Landscape Architecture, as well as a focus on permaculture practices, she recognizes the various elements of landscape for both the aesthetic function as well as the integral role it plays as a part of a diverse healthy ecosystem.

The inspiration behind the award winning Bristol Place Garden Design focused on creating a space the whole family could enjoy and entertain in comfortably. Some of the details they drew were unlike anything they have done before including angled wood for privacy screens. Their favourite aspect of the project was seeing it all come together.

However, this project was not without challenges. There was a four hour drive between their office and the worksite, which left the team unable to visit the site frequently. They had to rely on client photos and measurements, in addition to phone calls and emails with the contractor to ensure all areas of the design went according to plan.

On January 23 and 24, the LNLHA Board of Directors, members and its Executive Director met to develop a new strategic plan for 2017-2020. The association is actively working on the strategic goals that were developed at the meeting, with the main goal of membership growth. In June, the new strategic plan received the approval of LNLHA members at the 2017 annual general meeting. 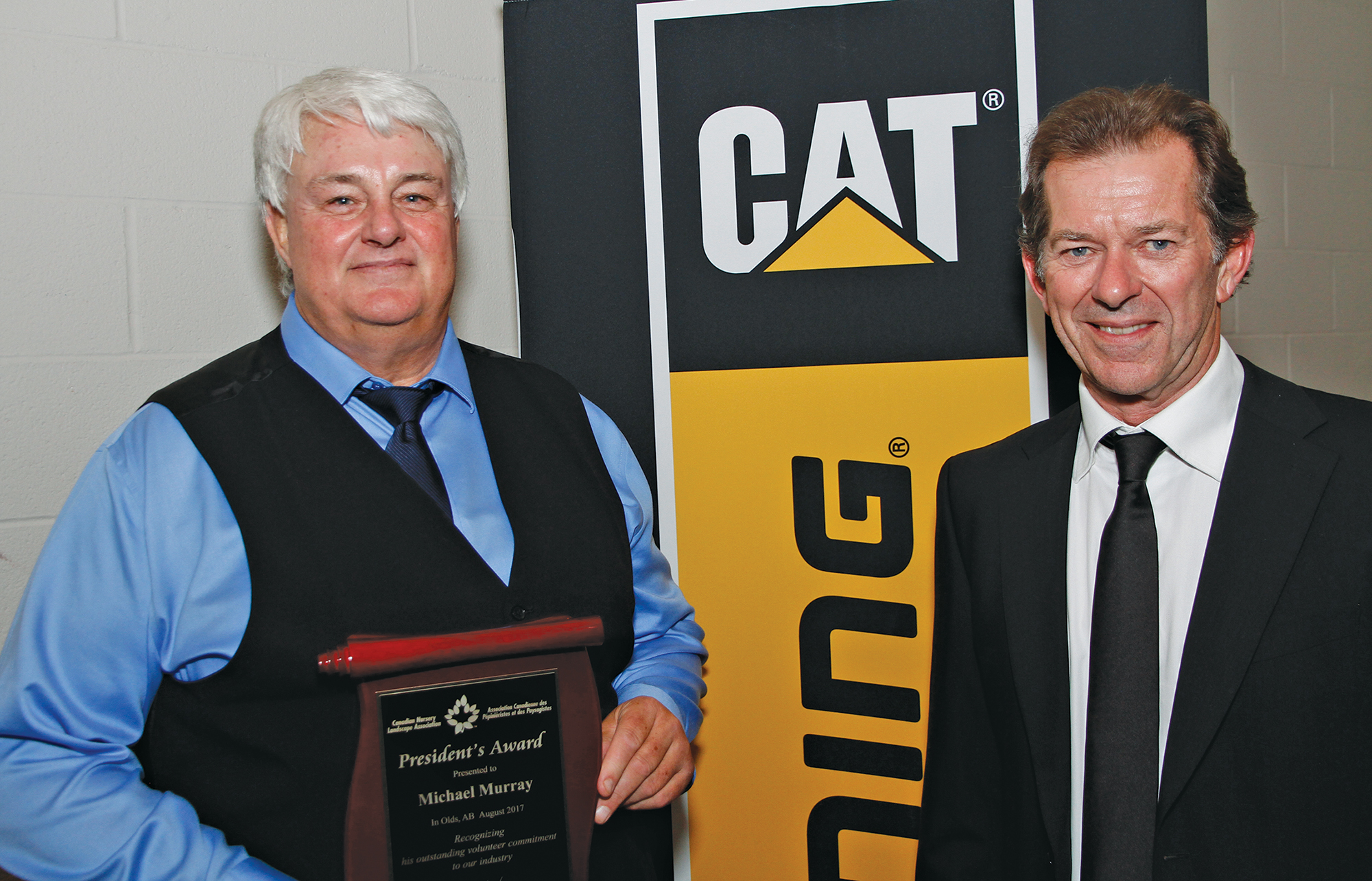 Murray has also served as CNLA Human Resources Chair, where he was one of the founding members of the Canadian Agriculture Human Resources Council (CARHC). He presented the rationale to have the landscape sector as an integral part of plant health care, and pest management to address front line defence for pest risks in the urban landscape.
Currently Murray is the Government Relations Chair, leading CNLA in engagement of the federal government on issues that include: Now President of the Canadian Ornamental Horticultural Alliance (COHA), Michael helped the organization establish a seat on the Canadian Federation of Agriculture (CFA) Board of Directors and participates in policy discussions. He also helped to develop CNLA’s membership in CFA, at considerable value.

When Bruce Hunter presented the award to Michael Murray, he said in his speech “This year’s recipient is a true cornerstone of the profession, a tireless volunteer in his home province, nationally through CNLA and internationally through his involvement in the Canadian Ornamental Horticulture Alliance and the International Association of Horticultural Producers.”

LNLHA is planning a “2018 Spring Landscapes & Garden Show” taking place May 5-6 at the Re/Max Centre, St. John’s. This will be an opportunity for the public to meet with members of LNLHA and discuss their upcoming landscaping and gardening needs. Details to follow in the months ahead.