Share
Tweet
Mail
While ever-changing information and communication technologies make it increasingly simple to keep abreast of new production technologies being developed and implemented in other countries, there can be no substitute for the learning opportunities that are possible only by seeing and touching. With this objective in mind, a small but dedicated group of nursery growers travelled to Germany and The Netherlands this past winter to see first-hand the many production techniques and technologies that are employed by nursery growers in regions acknowledged to be the best in the world. Although nursery tours in January may at first seem counter-intuitive, the dates for the group’s travel was dictated by the desire to co-ordinate the tours with a visit to IPM Essen, the world’s leading trade show for the ornamental horticulture sector. Showcasing nursery and greenhouse floriculture producers from around the world, IPM Essen also features an extensive technology component.

To maximize the results of their fact-finding mission, pre-tour consultations were held with the robotics and technology research teams of Vineland Research and Innovation Centre (Vineland). The resulting in-depth dialogue allowed for both industry stakeholders and the research community to better understand the potential opportunities that could be explored to address the sectors productivity requirements. 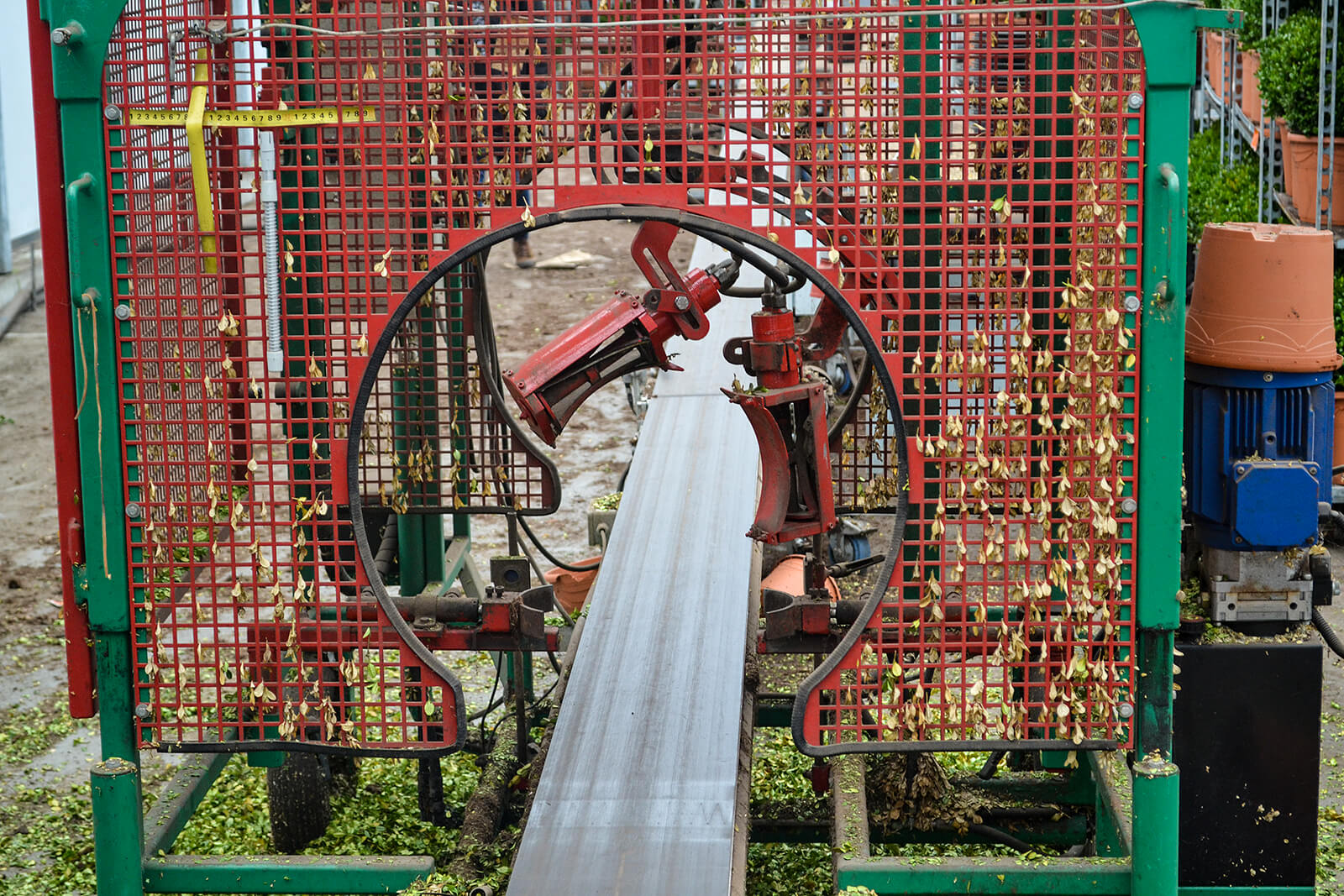 Boxwood continues to be a large seller in countries around the world. The trimming equipment seen here can be adapted for use in container production or for use in field production. 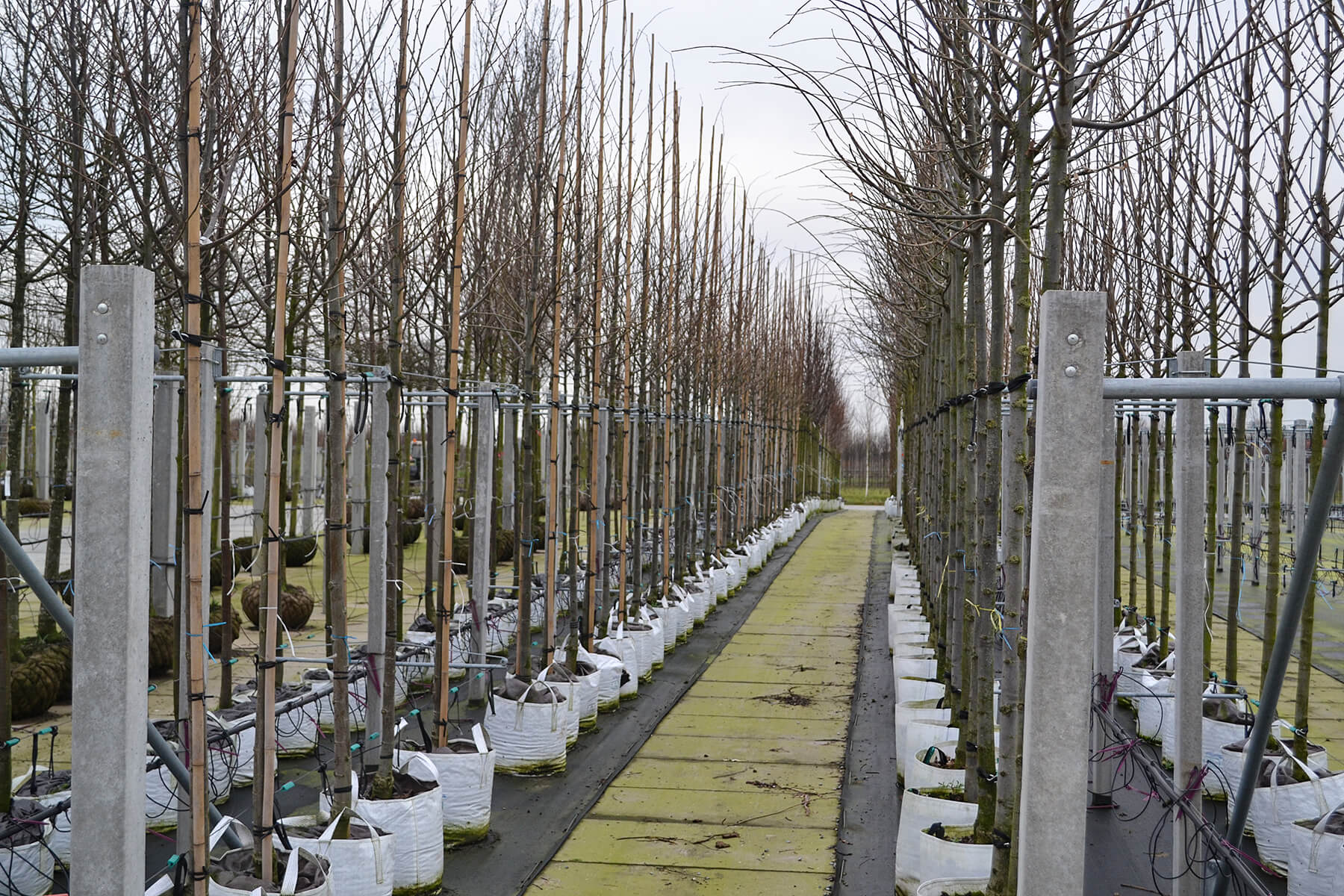 Container trees are grown in fibre bags. Notice the small container size relative to the caliper of the tree. Fibre bags can be white or black, with some growers claiming optimum temperature control with the use of white grow bags.
To meet the very diverse requirements of the travel group, the tour destinations were organized to include a good selection of production types, including container, field and caliper tree production. The limitations imposed by winter travel was more than offset by the time that nursery owners and managers were able to devote to their Canadian visitors. If there is one characteristic common to nursery growers around the world, it is their willingness to share information and tour participants came away with new and useful information after each site visit.

Improved productivity through labour savings was identified by tour delegates as their single most important objective. Although delegates were not surprised that labour-savings has been the single largest driver to the development of technology improvements in Europe, they were nonetheless shocked to learn the wage rates paid by their European colleagues. Most quoted an hourly rate of Euro 25 to 30 per hour, after factoring in all mandatory benefits.

It soon became apparent to Ontario delegates that efficient production techniques, standard in most European nurseries, while impressive, were only possible as a result of very high infrastructure costs. Modern and cost-effective materials handling equipment, for instance, required very precise and costly construction of container beds, incorporating high-tech irrigation and drainage systems. Due to the relative density within German and Dutch nursery growing regions, entire specialized support industries are in place for the installation of these complex systems, thereby helping to minimize initial set-up costs.

While each participating grower found many take-home ideas for their own individual operations, by week’s end it became apparent that overall differences in production technologies would make it difficult for wholesale implementation of European production methodologies.

Delegates were impressed by many of the production technologies on display throughout the tour. They found the systems-like processes employed by their European colleagues to be especially noteworthy. At a post-tour follow-up consultation with Vineland staff, participants soon agreed the real efficiencies and lessons learned related more to the overall organizational structures, rather than a single piece of equipment. 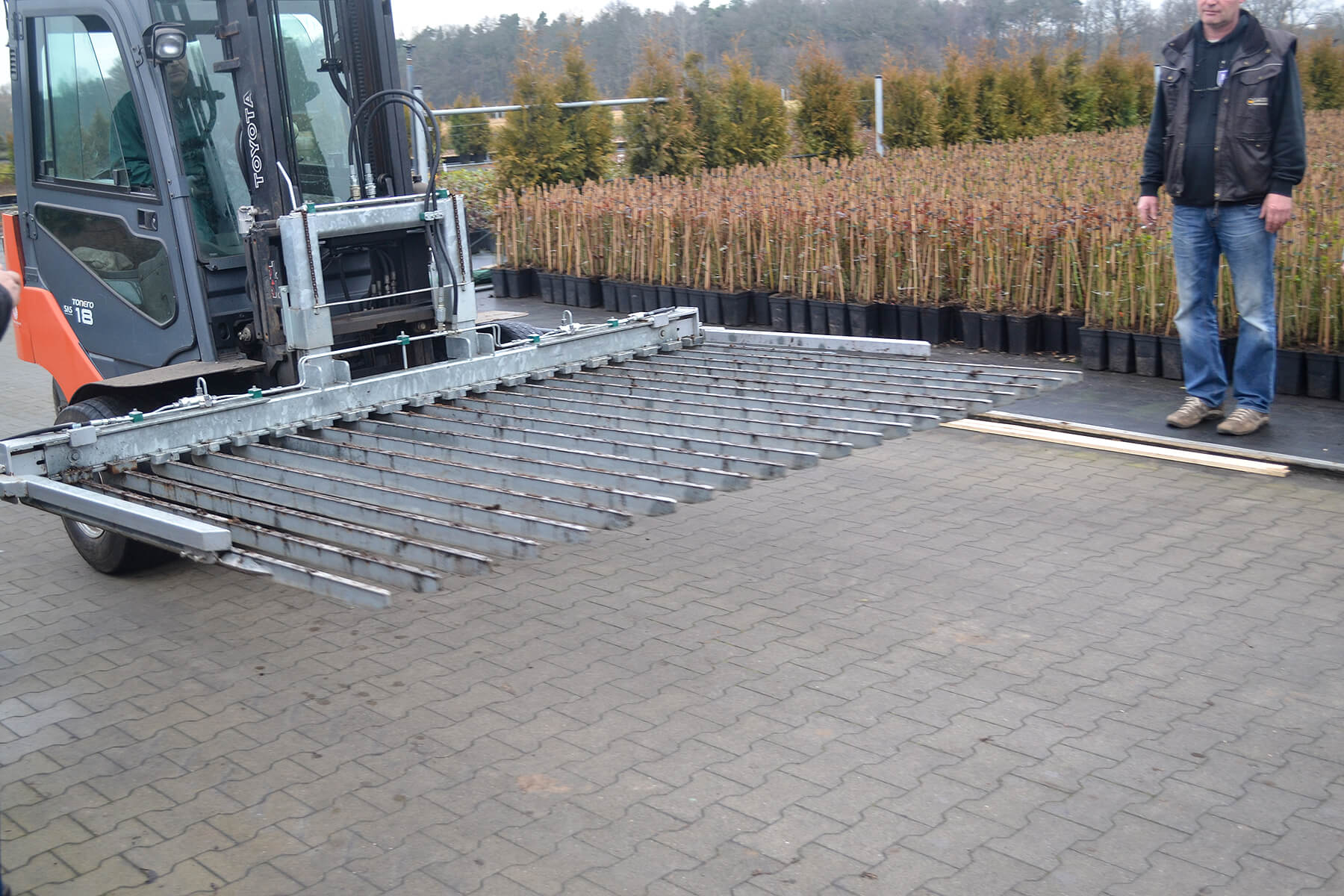 Container growing areas are set up to maximize the use of material handling equipment — such as forklift attachments similar to these which allow the movement of large numbers of containers with a minimum of labour. 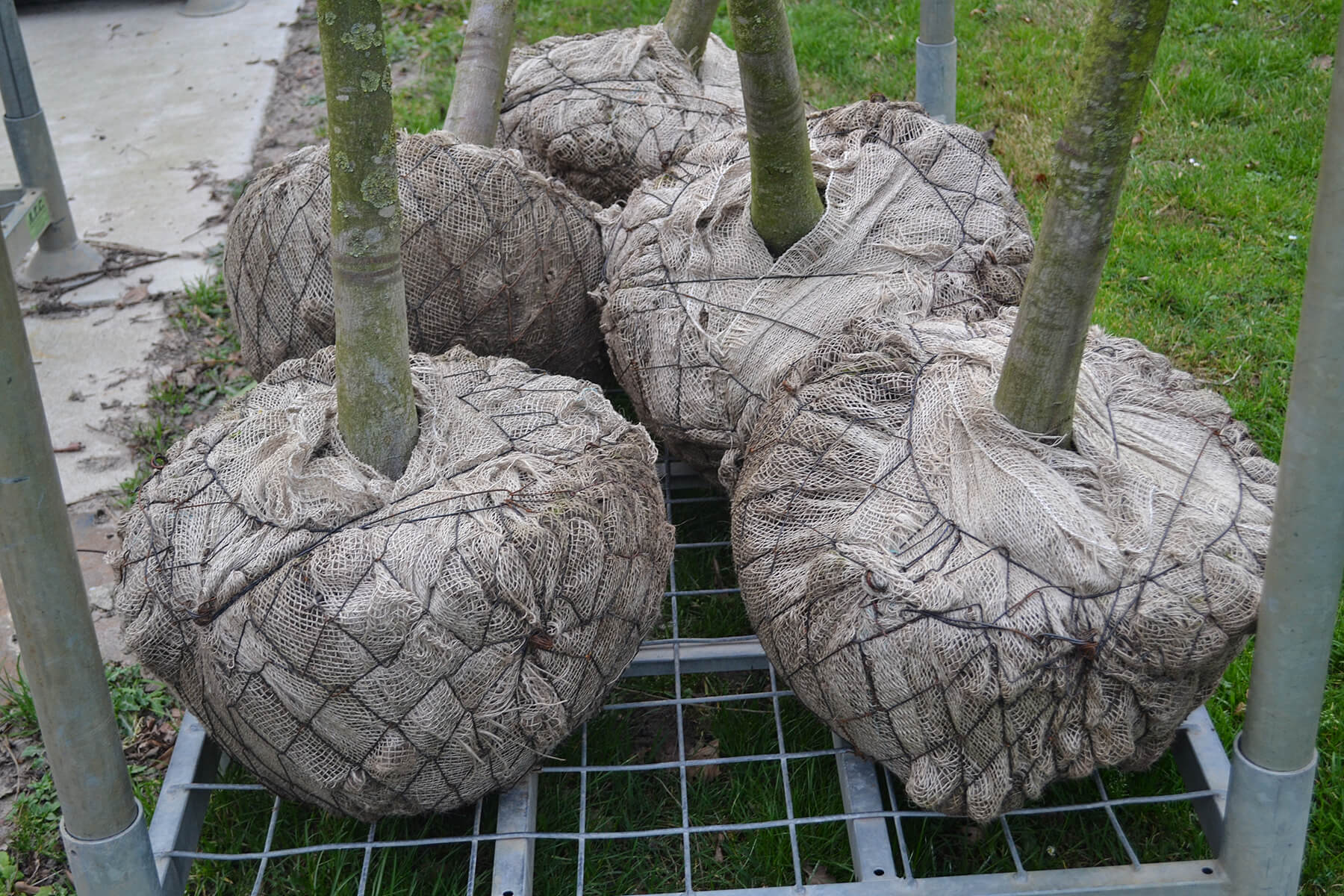 For a variety of reasons, including a very different growing climate and more regular root pruning practices, standard root ball sizes in Germany and The Netherlands are much smaller than those specified in Canada.
As a follow-up to this nursery tour, Landscape Ontario and Vineland Research and Innovation Centre will collaborate on a one-year production efficiency study. The study will be based on Systems Thinking and Lean Manufacturing principles, a systematic method for the elimination of waste in production, and geared specifically to meet the needs of nursery production. It is intended this will be the first in a series of initiatives intended to help the Ontario nursery sector to remain competitive as they continue to meet the ongoing challenges of the marketplace.