Potted plants add beauty and style both indoors and out. But when your new purchase dies in a matter of days or weeks, it can be discouraging.

Not to worry. Landscape Ontario has potting soil tips to help your plants flourish for years to come!

It starts with soil

Plants have the same needs whether they’re in the garden or a pot. The first step to keeping your greenery alive and well is picking the right potting soil.

Potting soils are actually quite different from what you might find outdoors. They are made up of a mix of ingredients, including: compost, peat moss, perlite, bark and more.

Each component supports the plant in a different way. Soil itself is often absent from the ingredients list, as it can lead to harmful fungi and other plant-pathogens.

It seems complicated, but fret not! Garden centres have been preparing potting mixes for a variety of plants for ages — the only thing you need to do is figure out which one you need.

All-purpose soil is designed for a wide variety of indoor and outdoor potted plants and specific ingredients vary by brand. This kind of potting soil is your best bet if you’re buying in bulk and don't know what you’ll be growing. 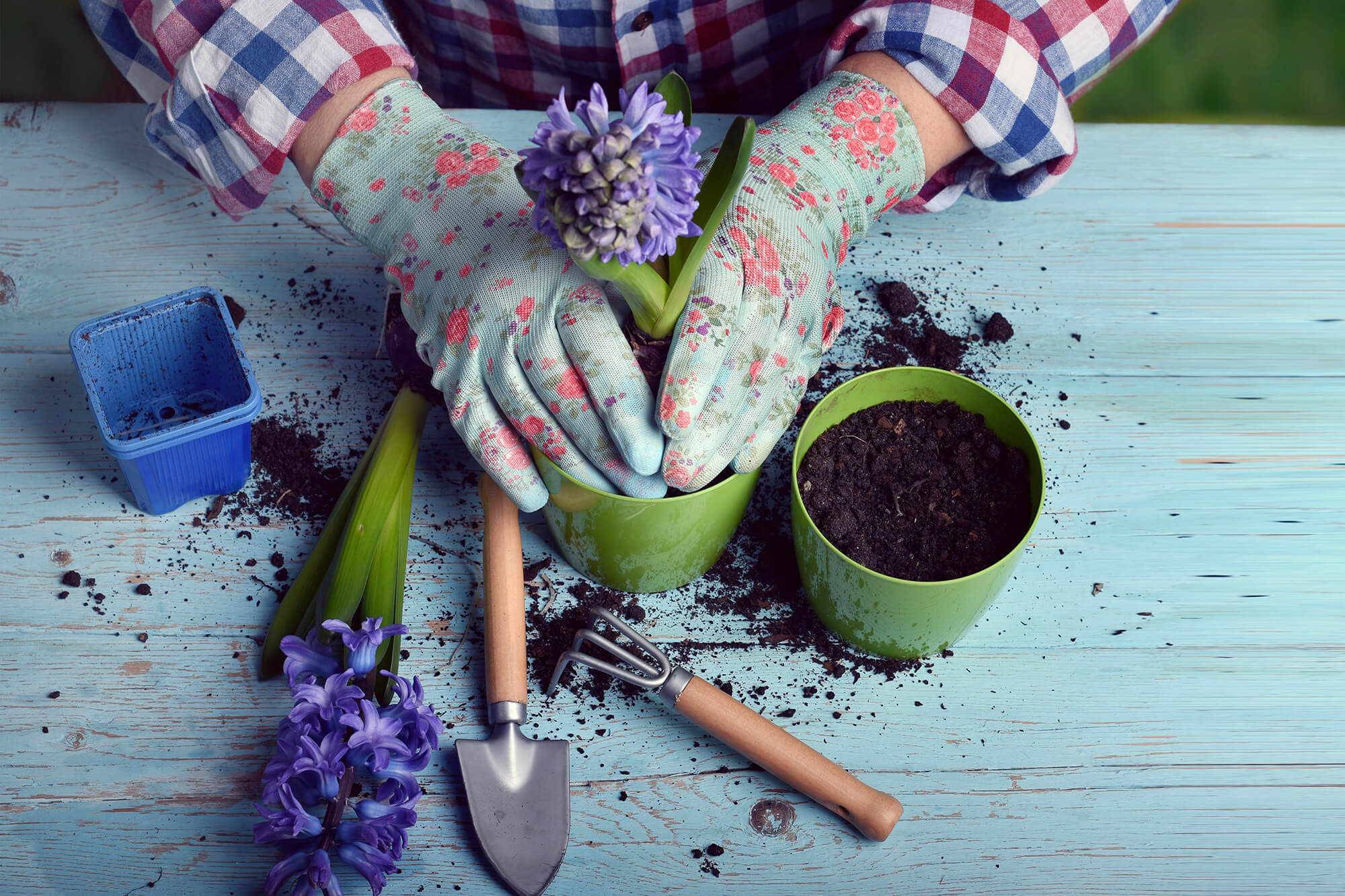 Most potting soils are either conventional or labelled organic. Organic soils are made of natural products such as: humus, mulch, earthworm castings and more. This type of soil is incredibly fertile and free of synthetics and chemicals — perfect for growing edible plants.

If you plan to germinate your own seeds, opting for a seed starting mix is your best bet. While it is similar to conventional potting soil, these mixes often have a finer texture, are lighter and promote better drainage. This will help your seeds germinate at a faster rate and avoid deadly fungal diseases, like damping off, that conventional potting soil is susceptible to. Seed starting mixes are also often low in nutrients. This promotes root growth, as the plant branches out in search of more nutrients before being placed in a nutrient-dense potting soil — be it conventional or organic.

Specialty mixes are designed for plants that require specific environments to grow in.

Orchid mixes, for example, have a bulky texture made of ingredients like charcoal, coconut husks and fir bark. These ingredients build a sturdy structure that facilitate aeration and drainage, mimicking the natural environment orchids grow in.

Ultimately, the plant determines the potting mix you need.  Now get out to your local garden centre and start growing some potted plants!