From near-record attendance numbers at the conferences, trade show, awards night and tailgate party, and the many interactions between visitors and exhibitors, a positive and loud buzz filled the three-day event.

In contrast to what has been a down year for the industry, Congress 2012 began on Jan. 10 with increased attendance and vendors reporting great face-to-face responses with attendees. This positive attitude carried right through the week at one of North America’s largest horticultural, lawn and garden trade show and conference.

Numbers show Congress 2012 had a 12.11 per cent increase in attendance over last year’s event.

Attendees who spoke to Landscape Ontario magazine reflected positive responses toward the show. Many first-time visitors were amazed at the size of Congress 2012. “I had no idea it was this large,” was a typical comment.

Examples of responses from exhibitors were found on Twitter following the show, such as, stated: “Very successful three days at Congress!” Upper Canada Stone Company of Shanty Bay. “Thanks so much for a really great week last week! Fantastic show!” Atlas Block of Midland. “Great show and turnout this year.” Bannerman Ltd. of Rexdale.

Exhibitor Ben Jodin, vice president of sales and marketing Ultra Aluminum Manufacturing, wrote to show manager Paul Day, “I’d like to take the opportunity to thank you and your staff for the job you did in helping to ensure set-up and take-down of the Congress show went smoothly. We are a Michigan-based manufacturer of aluminum fence and we do trade shows of all sizes throughout the U.S. Despite the high prices we often have to pay for booth space at these shows, I’m often surprised to see how our questions or requests for help are often met with attitudes that give the impression that we are somehow a bother and an interruption of their work. This was certainly not the case in Toronto. It’s clear that you folks don’t see us as an interruption of your work, but rather the reason for your work! You have the most professional, prompt and helpful staff that I have ever had the pleasure of working with in a trade show environment. We look forward to adding LO Congress to our permanent list of shows we plan to participate in.” 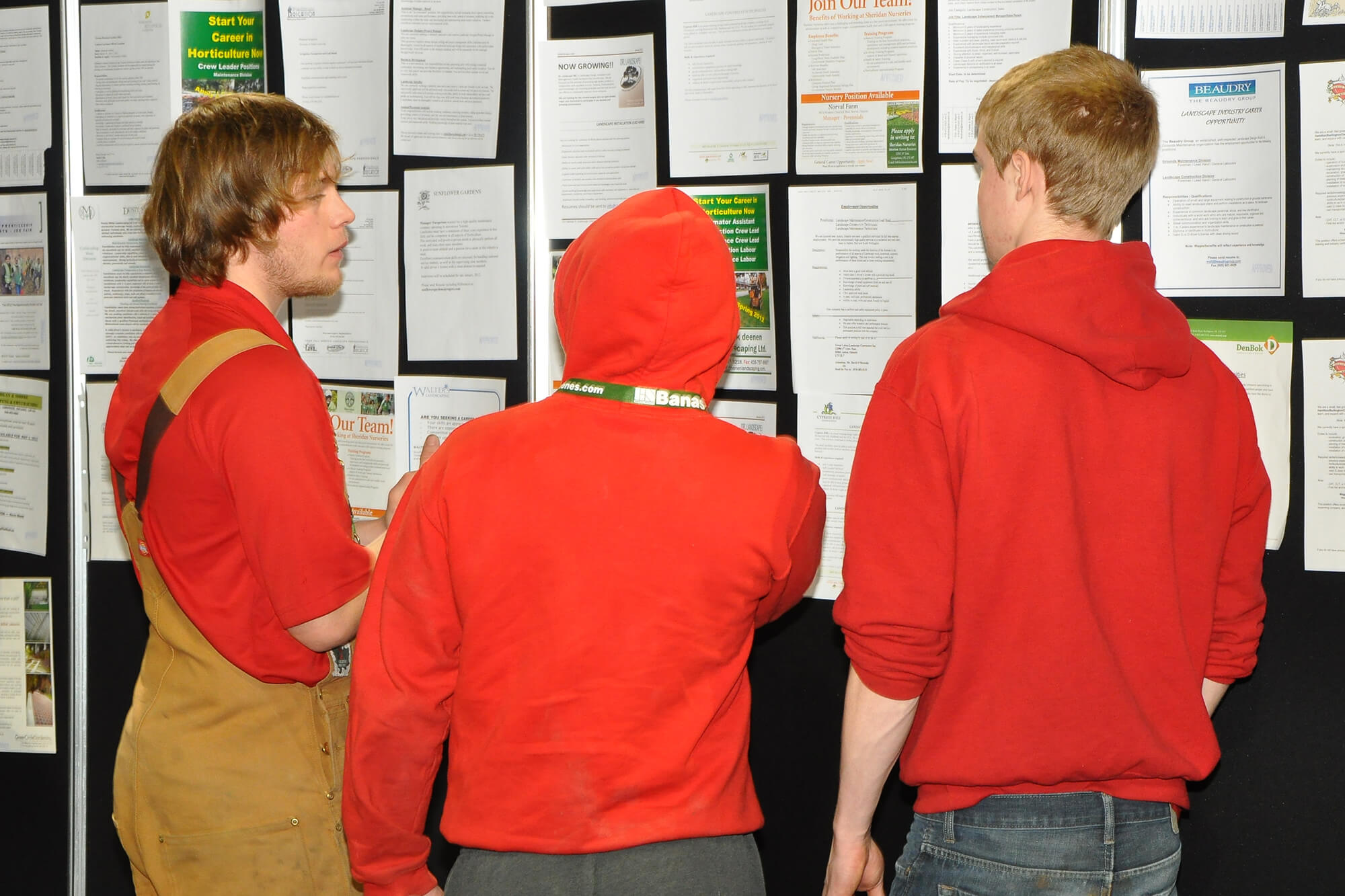 Two conferences began the week’s agenda; the IPM and Designers’ conferences were held on Mon., Jan. 9.

More than 325 attendees took part in the 47th annual IPM Symposium that featured six sessions on topics such as turfgrass, plant diagnostics and updates from MOE and OMAFRA.

Attendees completing the day-long presentation qualified for eight CECs from the IPM Council of Canada.

A highlight at this year’s event was the first-ever presentation of the IPM Person of the Year. The inaugural award went to a surprised Richard Reed of Lawn Life in Orangeville. The award recognizes leadership, looking to the future and contributing to the healthy growth of the industries

represented in the IPM symposium. This winner of the award is nominated by peers, and IPM Symposium Committee determines the recipient. Reed is a member of Landscape Ontario’s Lawn Care Sector Group. A draw for a LCD TV was won by James Walke of Total Gardening Services in Guelph. 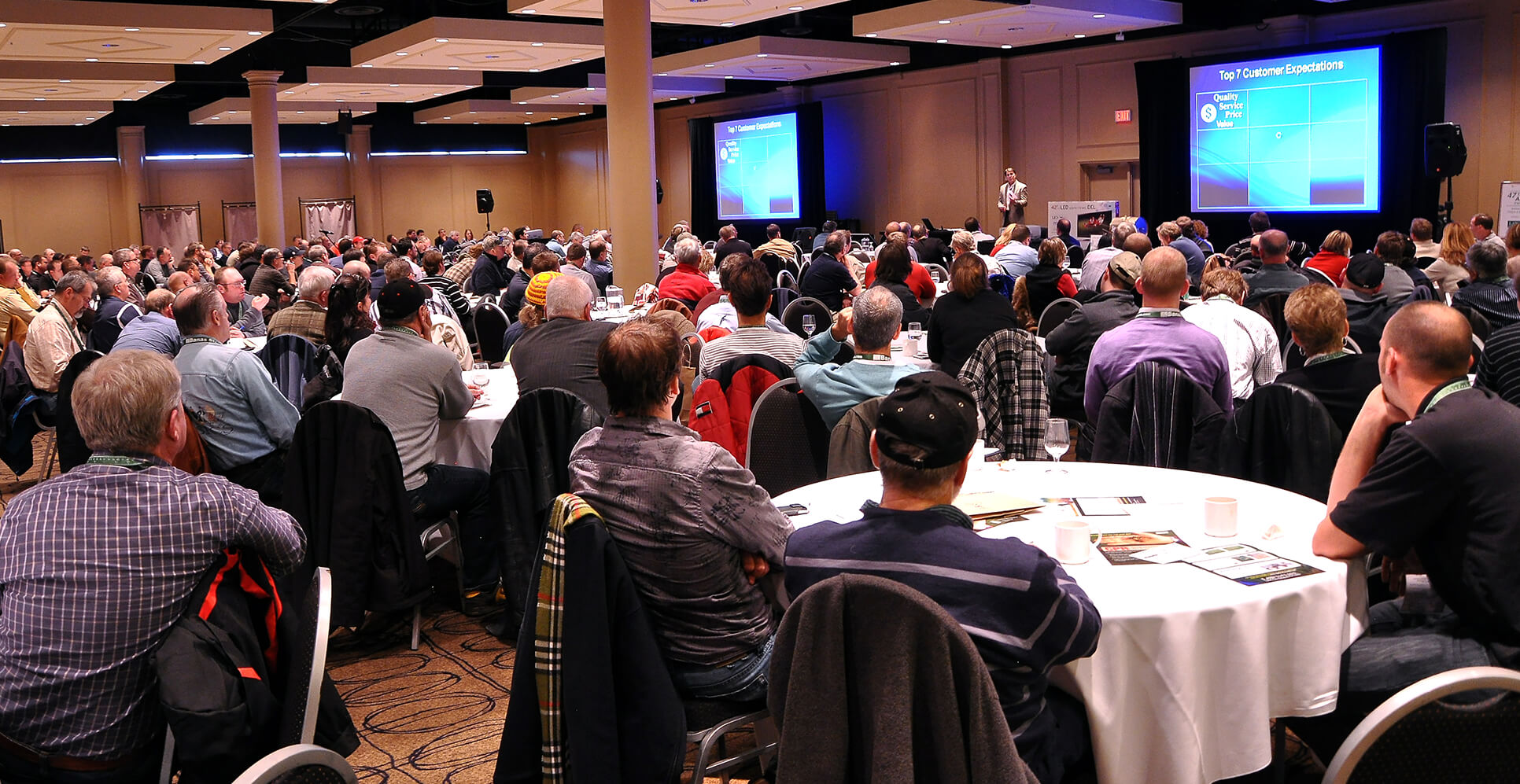 After a presentation in the morning by Kyle Lacy author of Twitter Marketing for Dummies, discussing online communication, Ron Koudys, CLD of Ron Koudys Landscape Architects, London, Ont., gave a talk on strategies to win clients and increase profits.

The Ontario Parks Association partnered with Landscape Ontario to present its 56th annual forum in conjunction with the show. The day-long forum included Chris Ziemski, community operations services manager for the City of Cambridge, who spoke on the importance of branding, and Carlo Balistrieri, head of horticulture at the Royal Botanical Gardens, who gave a talk on the need to create a green infrastructure for urban dwellers. Keynote speaker was Brendon Daley, director of green initiatives for the City of Chicago, who spoke about Chicago’s implementation of Living Green core values and how the entire city is becoming more sustainable.

This year’s Irrigation Conference on Jan. 11 attracted more than 70 attendees who enjoyed an informative presentation on irrigation licensing from James Dowd of Texas.

Over 85 new products and plant introductions were featured in the New Product Showcase this year.

Over 400 visitors cast ballots for their choice of which innovative product in the Showcase would help make their lives easier. The winner, with 37 votes, is Mississauga’s Vanhof and Blokker ‘Grow Camp — The Ultimate Vegetable Grower.’ The Grow Camp features a 40 cm raised bed for a comfortable work height. The other two People’s Choice Award finalists were the Smartwall by Northern Innovators of Guelph and a new type of lightweight and strong trailer, created and manufactured by Monster Dump Trailers of Parry Sound.

What visitors had to say about Congress 2012 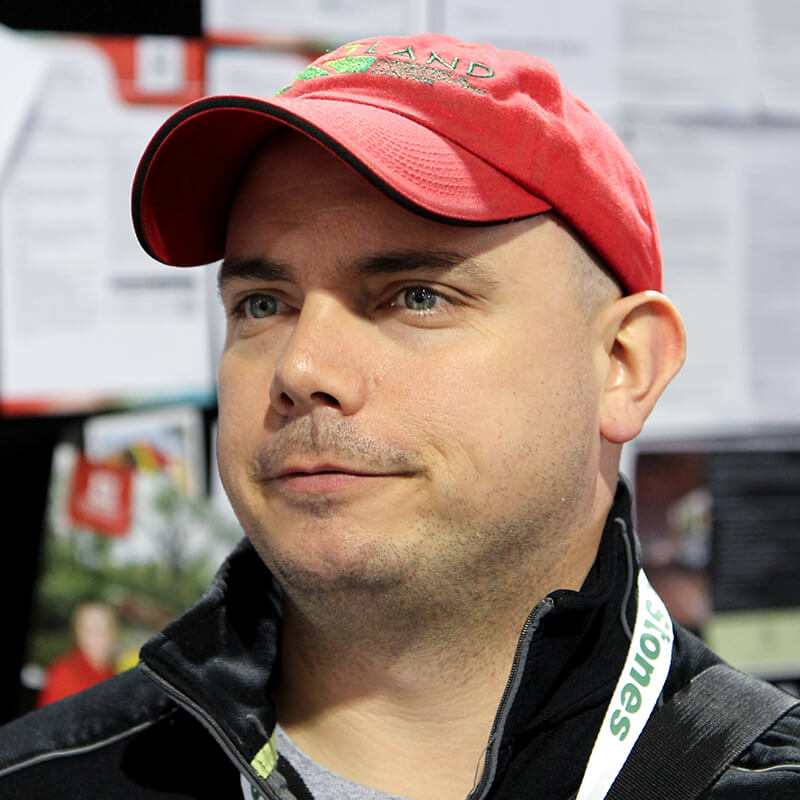 Trevor Swance
Courtland Professional Property Maintenance, Tillsonburg
“I have been coming to Congress for the past seven years. I look for new products and networking with people all under one roof.” 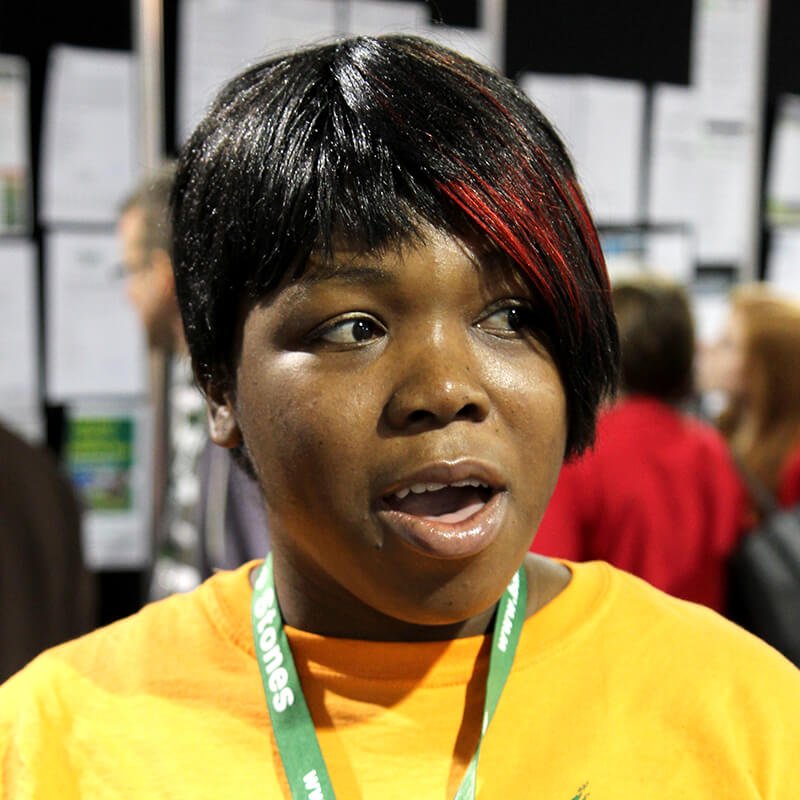 Olivia Mathurn
Micro-Skills, Humber College
Olivia described her first visit to Congress as amazing. “It’s a great opportunity for me to see the potential in this business and to see what we discuss in class used in real life.” 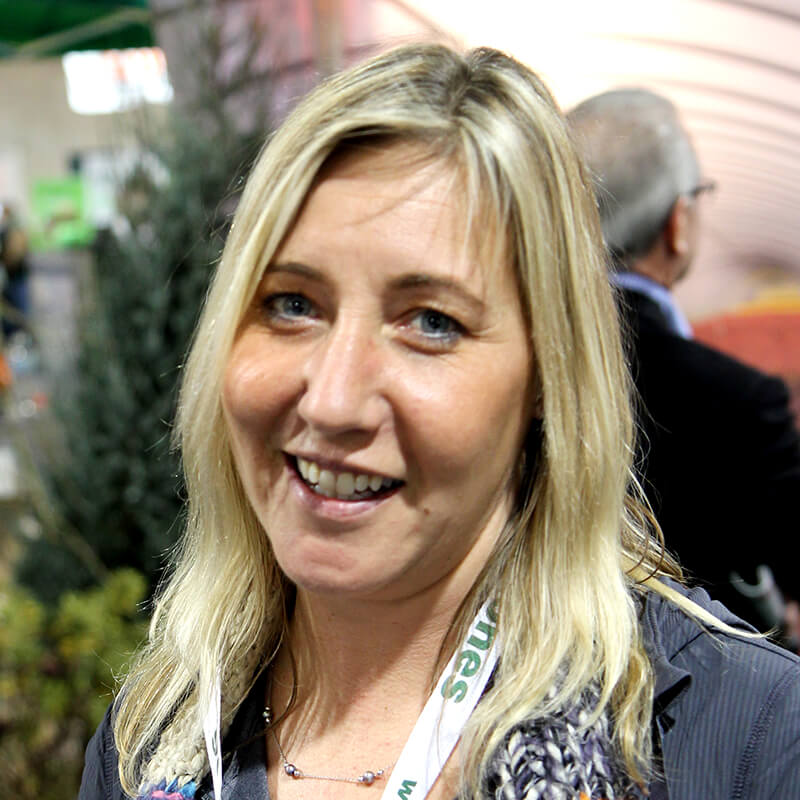 Lorrie Nueman
Town of Ajax
“I received a free pass from suppliers, so I thought I would take advantage of the opportunity to check out the new equipment and technology, especially concerning environmental services.” 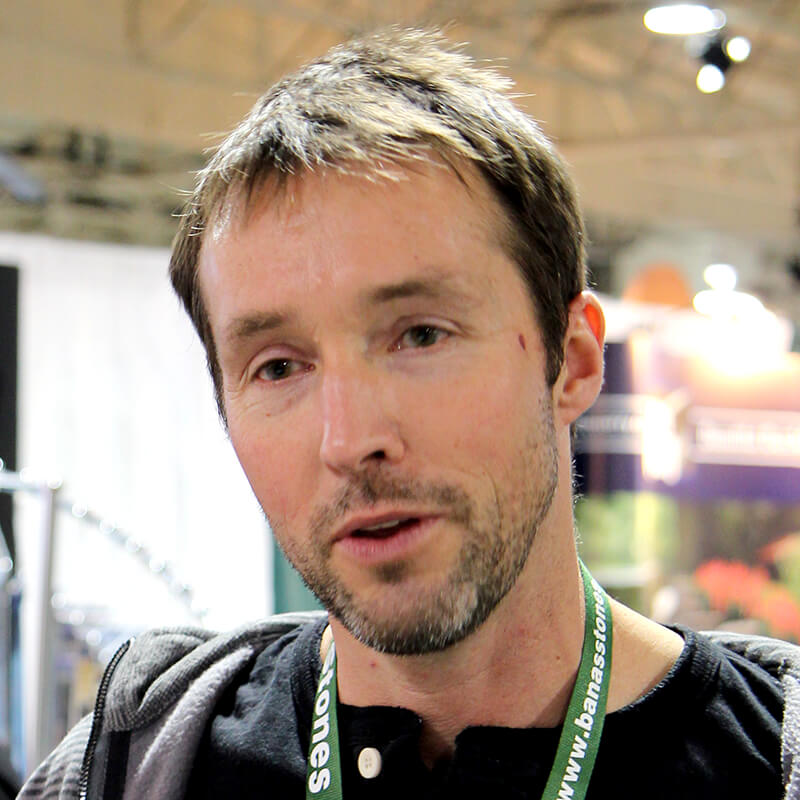 Joe Karabin
King City
“This is my fourth time at Congress. I come to find new products and ideas, along with services and equipment. I know it will take me the day to complete the show.”
Share
Tweet
Mail