Ready or not! Oak wilt comes to Canada

Oak wilt is now known to be off the shore of Windsor, Ont., and in northern Michigan, creeping closer to the border at Sault Ste. Marie. The condition’s life cycle makes it easily transmittable by unknowing hunters. All oaks and a host of other trees are known to be affected, but most susceptible is the red oak family — a key component of urban forests. Municipalities and homeowners will once again bear the brunt of an invasive. 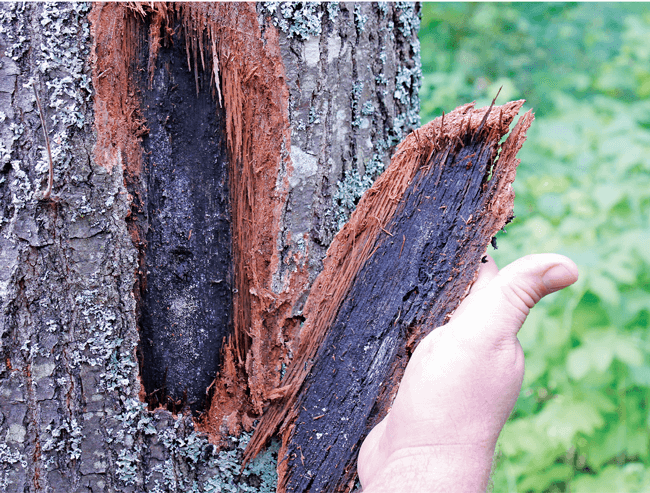 Experts believe oak wilt is here to stay. The condition is well distributed through the eastern U.S. forest, from Minnesota to New York and south. It was first discovered and treated in New York in 2008, and reappears regularly in that state, including two new locations in 2017.

Experts are also factoring in the low level response in Canada. Windsor participated in a citizen science project, and a more controlled search for oak wilt, but across the country there are few active searches. Some even suggest oak wilt could be a native disease, and thus not of concern.

There is good and bad news on this invasive about to breach our borders. First, the condition has existed in the U.S. since 1942, so research is abundant. The bad news: we have no treatment options and prevention is the only control. There are no known resistant red oaks in the entire U.S.

As a highly urban plague, oak wilt will bring business to landscape workers who are prepared.

For decades, oak wilt was known as Ceratocystis fagacerarum. Recently, it was renamed Bretziella fagacearum, as researchers continue to learn more about the fungus.

Although transmitted by several insects, human movement of firewood is the biggest long-distance transmission route. Infected red oaks turn colour and lose their leaves in summer. By autumn, when hunters move out into the forest, these standing dead trees are excellent heat sources. Fires are built, the remaining firewood is often carried home and hotspots appear in urban areas the following spring. This makes hunters, and anyone who enjoys the outdoors in autumn, prime markets for “Don’t move firewood” messages.

Southern Ontario’s Essex County, at the leading edge of oak wilt’s expected entry to Canada, is already promoting oak wilt awareness and doing surveys. Forester Rob Davies says oak wilt is now a standard part of all hazard tree assessments, and calls from members of the public expressing concern are starting. “Oak is frequently used as a front lawn tree in this region. We have a lot of residential estate type properties. A lot of people relate to the majestic oak, but so far we have found no oak wilt.” 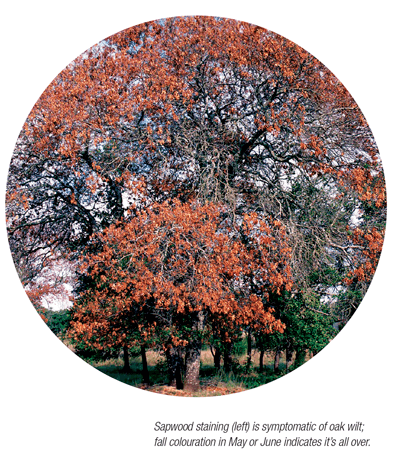 Essex has great diversity in its tree canopy; red oak likely comprises 10 per cent. Of greater concern for the region is the highest percent of endangered oak savanna habitat in the province of Ontario, and a species of special concern, Shumard oak (Quercus shumardii).

Davies said, “I don’t think we will have a big issue as long as we stay on top of it. We need landowner’s reports. Oak wilt does not spread as fast as EAB (emerald ash borer). There are epicentres, then it moves out.”

Aside from minor detection programs neither Natural Resources Canada nor the Canadian Food Inspection Agency (CFIA) are doing much in terms of Canadian research. Red oak is already failing due to the lack of forest disturbance. Also, although some woodworkers love the deep grain of red oak, it is less durable than white oak.

However, red oak is an important wildlife tree. Deer, bear, turkeys, ducks, grouse, quails, pheasants, songbirds, blue jays, titmice, woodpeckers, raccoons, chipmunks, squirrels and more rely on red oak. Because of the timing of white versus red oak mast years, land managers often encourage landowners to interplant the two species, providing a more consistent food supply for wildlife. In many mixed forest areas with lower bear cub survival rates, due to the loss of beech, it is easy to predict further declines to this top predator and other species if red oak losses continue.

With the lack of a political response, oak wilt is a problem for landscapers. We know acorns are expensive to store, and with the closure of Ontario’s seed plant, it is unreasonable to expect any private company will perform this service for the eastern forest. No treatments for oak wilt are registered in Canada. Although several are under study in the U.S., so far none are perfect or close to registration in Canada.

There is good news. U.S. land managers who have worked with the condition for decades declare it is not another emerald ash borer. They are firm in stating the condition can be managed.

Early identification is a central feature. CFIA must be contacted for collection of samples; actual laboratory analysis takes over a week. The fungal mats are not a good method of identification as they occur in only about 20 per cent of affected white oaks, and sometimes only after death in red oaks. 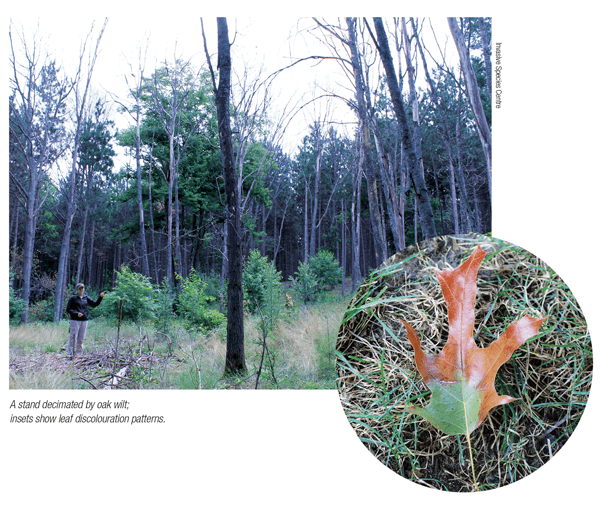 The CFIA web site says, “In the red oak group, symptoms are characterized by a wilting and bronzing of the foliage, starting at the tree top and tips of branches, and spreading rapidly throughout the entire crown. Symptoms develop beginning in May and continue throughout the growing season. Individual leaves turn bronze progressively, from the tip to the base, sometimes leaving a small area of green tissue at the base around the midrib. Leaves in all stages of discolouration, including green leaves, are shed more or less continuously as the disease progresses. Some diffuse staining may be observed in the outermost sapwood, where the fungus has induced the tree to produce gums and tyloses which discolour the wood.”

Suspect any oak that shows fall colouring in May or June. Expect some oak survival, especially in the white oak group, but remember Austin, Texas, lost 10,000 oaks in 1990.

The University of Texas at Austin supports use of Alamo with the active ingredient propiconazole at 14.3 per cent, but other research suggests this only delays onset by a couple years, and does not stop transmission by root grafts. This is not legal in Canada, but Texas researchers believe they are able to slow the spread by treating trees within a few hundred feet of an affected tree. Treatment is repeated in two years.

A biological control is also under study in the States, an endophytic bacterium isolated from surviving live oaks (Quercus fusiformis). About 20 per cent of samples showed laboratory inhibition of oak wilt. Results suggest hope for injection in stems as a potential control of oak wilt. But these are early studies, and there are currently no real-world applications for this treatment.

Sanitation, prevention and education are the keys to living with oak wilt. All dying and dead trees musst be removed immediately. All tree materials must be burned, chipped or covered in plastic for 60 days. Root grafts should be broken if possible. Because some oak roots can be deeper than 60 inches, the limit of most cost effective mechanisms, this will have varying levels of success. Soil fumigants are used successfully to kill connecting roots. The above-ground portion of trees is considered infectious for a year, and the below-ground portion for longer. 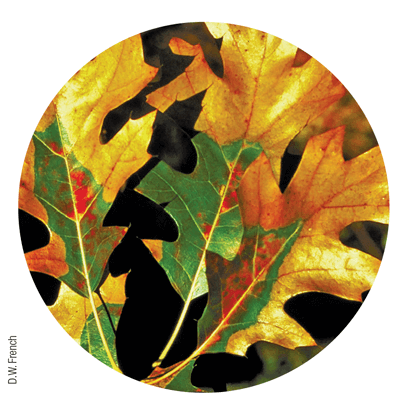 Root trenching with a 60-in. plow is essential, as a thousand oaks can be interconnected. The size of a containment area is a function of soil type, but the primary line must be beyond the radius of all infected trees, including asymptomatic but infected trees. On average across the U.S., it is 15.2 to 18.3 meters ahead of active symptoms. The main concern with this treatment is to avoid destabilizing trees with too many root cuts. Most trees should be cut on only one side, with the trenching around a clump or a forest of trees, not an individual specimen.

The biggest issue with oak wilt is to avoid all pruning during the flight season for any of the beetles known to transmit the disease. For southern Ontario, this can be from March right through the end of June, and some literature says into July. When there is storm damage, broken areas should be sprayed with a cheap water-based spray paint as fast as possible, ideally within 15 minutes. Professional pruning can follow at a much later time.

Replanting with another oak can be done within two years, but don’t allow suckers to grow from the infected roots, as they will be diseased. What oak wilt will cost Canadians will depend on landscape worker speed at identifying and removing affected trees. It is not going to be easy to motivate clients to act quickly — but it must be done.