The end result after snowfall.

In my course Smart about Salt Essentials Training I conduct an experiment using a cold plate, where I simulate a frosting situation in the classroom. The photograph on this page shows that the surface temperature is at -6.3oC and there is a good layer of frost on the surface. The granular of salt on the left has been sitting on the surface for some time, with very little melting occurring.

Melting won’t happen until a combination of moisture, heat and salt forms a brine (solution of salt in water). It is the brine that melts the frost, snow, or ice. This is a fundamental principle that all snowfighters should understand.

At the end of the lesson, I spray the right side of the cold plate with a 23 per cent sodium chloride brine, and VOILA — the frost is immediately eliminated.

Under the right conditions, the use of liquid anti-icing materials can create a much safer condition than straight salt. This requires significantly less salt. I demonstrated this by spraying half my driveway with a liquid before a snow event. I applied just enough liquid to dampen the pavement. The next morning I woke to see the results of my efforts. The side of my untreated driveway was covered with snow, whereas the treated side was bare and damp. The salt residue that was left after I sprayed melted the snow.

Over the following week a warm spell melted all the snow, but we had no rain to wash away the salt brine that remained on the left side of the driveway. Then we got another small snowfall and the same thing happened. The left side of my driveway was bare and damp, and the right side was covered in snow.

Road authorities that use liquid anti-icing have learned that this same principle can save them time and money and create safer conditions. For example, a road authority could apply dry salt to take care of four consecutive mornings of frost. However, the dry salt will only last a day because traffic whisks the material off the road.

In four days they could apply about 400 kilograms of salt on two-lanes per kilometre. If they applied liquid anti-icing, they would only use about 23 kilograms of salt, with one application lasting for the four days, if there was no rain. That is a 94 per cent saving in salt and much safer conditions.

There are a number of different liquid anti-icing materials on the market with different properties and working temperatures. It is an excellent tool for maintaining safe winter conditions in parking lots and sidewalks.

As with any tool, snow users need to understand when and how to properly use liquid anti-icing material. If you are a contractor, I encourage you to look into these materials. If you are a site owner or manager, discuss the use of liquids with your contractor. 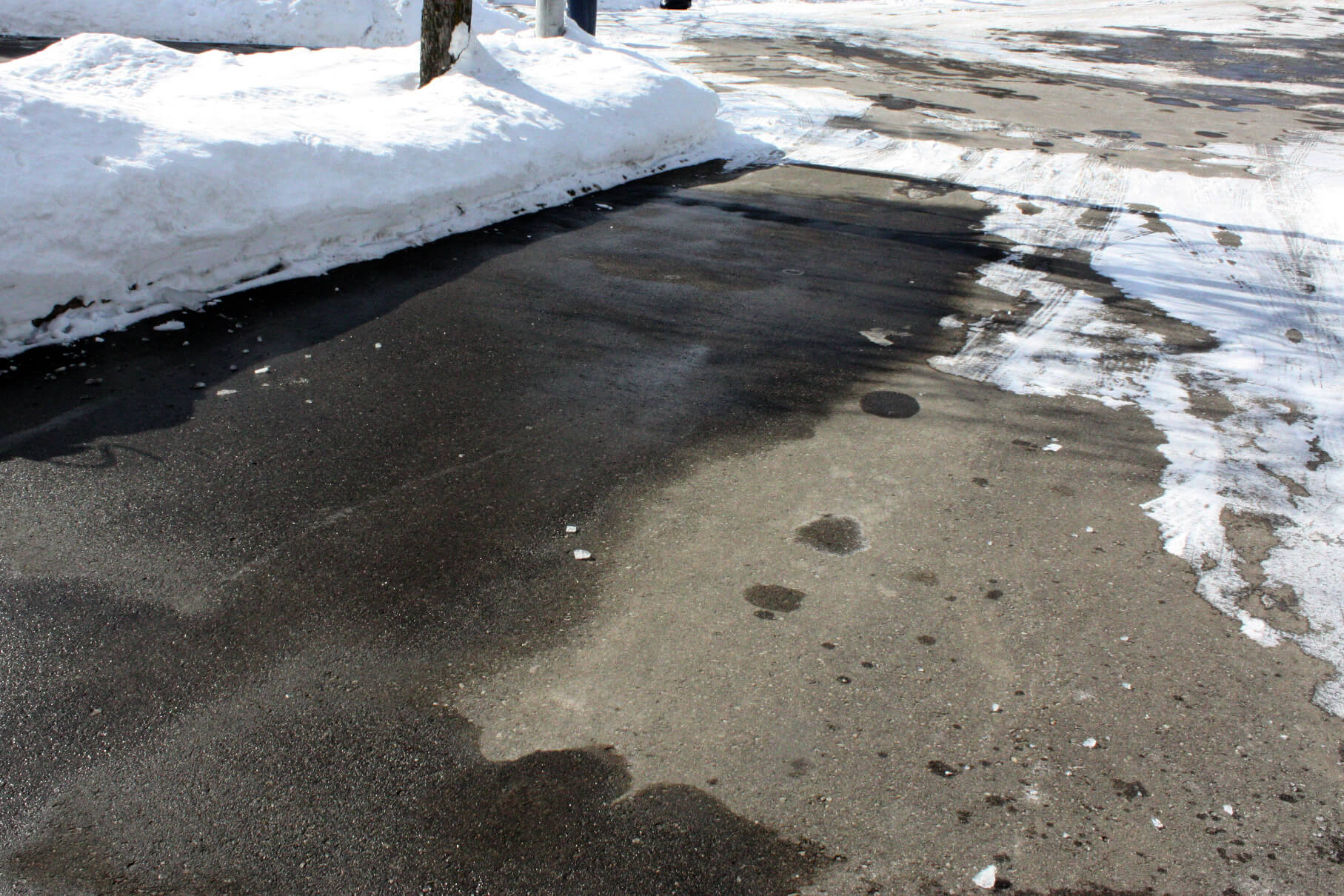 Left side of driveway lightly treated with salt-brine. Bob Hodgins can be reached at smartaboutsalt@bell.net.