Kyle Tobin took time to teach his nephews about raking the right way.

The sodding, pruning and mulching made a huge impact on local residents. But beyond the renovation, the project has fostered a warm, respectful and enduring relationship between green industry volunteers and the local community.

Tobin and White, committed to sound horticultural practices, have followed up by providing maintenance for the project, to protect the huge volunteer investment. They organized their second annual St. James spring clean-up on Apr. 20. Participants were invited to a Panc-Rake Breakfast, organized by the St. Lawrence Market Neighbourhood Business Improvement Area. Even though the morning started with flurries and snow cover, volunteers pulled off a successful event. 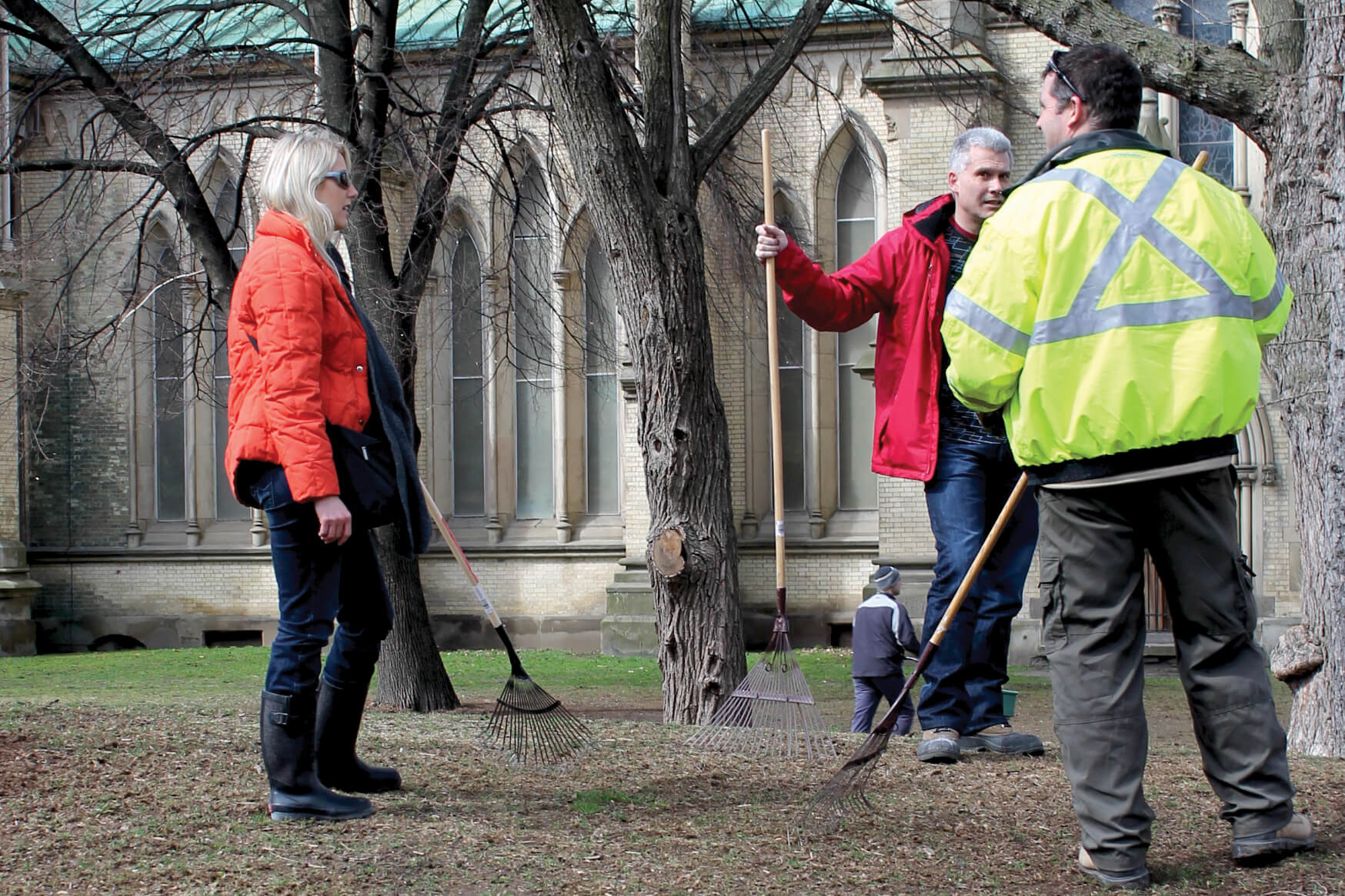 Friendly leadership from Alan White (green jacket) promoted efficiency. The city block-sized park was raked, aerated, fertilized and mulched with a mix of professional and amateur volunteer labour. Tobin, of LawnSavers Plant Health Care in Concord, brought in his own equipment as well as his nephews, who earned some community service hours as they learned about their uncle’s business.

Alan White noted the St. James turf had suffered a bit because of heavy leaf cover. Since Toronto city budgets are not funding leaf removal, chances are White would welcome some industry help coming forward for next fall. He operates Turf Systems of Burlington. 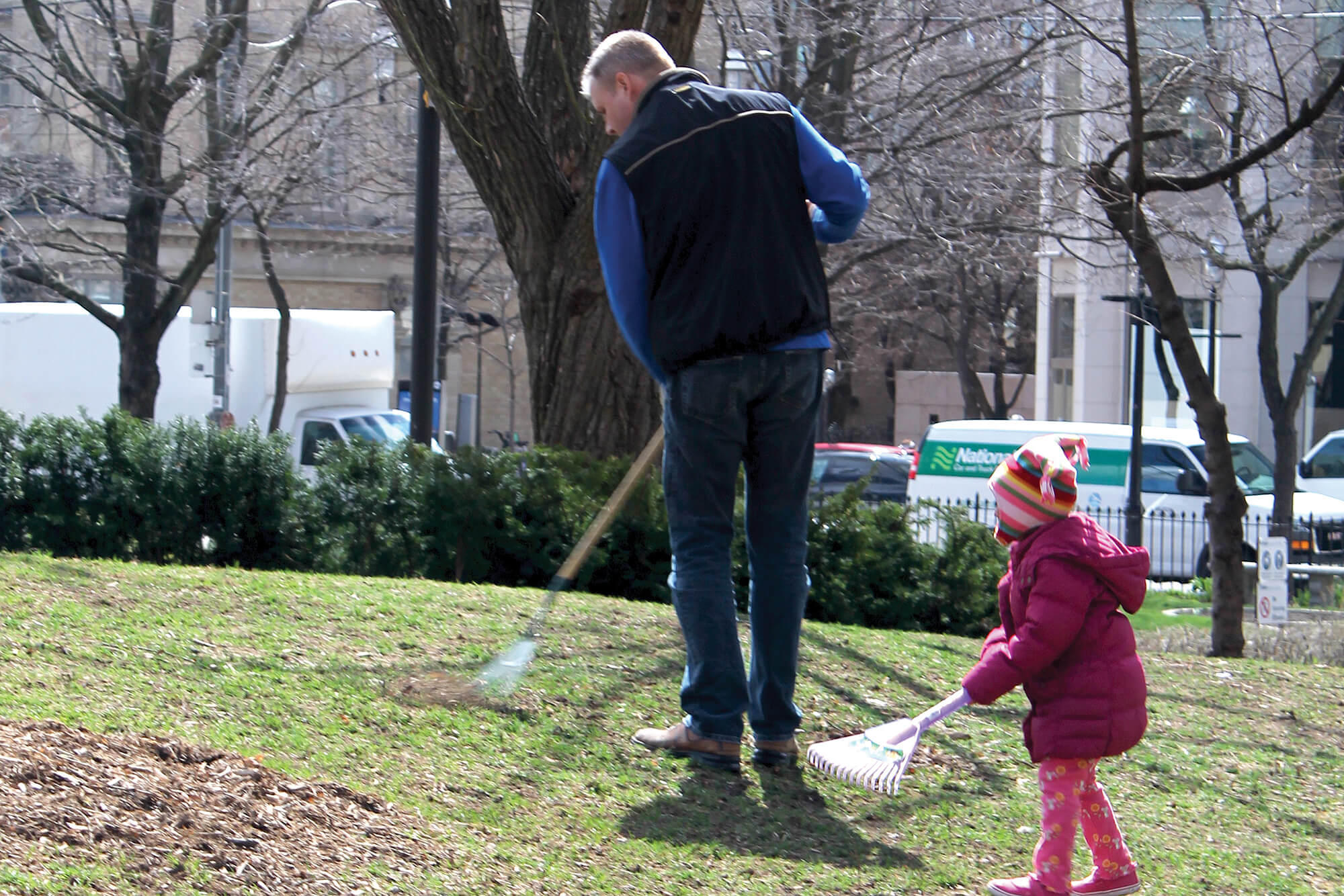 BIA volunteer Alan MacDonald teamed up with his daughter. Tobin and White work closely with their community counterpart, Bob Kemp. Kemp serves as streetscape coordinator for the St. Lawrence Market BIA. He says, “I am pretty proud of this park. I work my little butt off, but it’s fun.”

City parks are often home to men who have lost families and careers – Kemp has given several a second chance by hiring them to help care for the park. On clean-up day, green industry professionals, neighbourhood moms, community leaders and newly sober men worked shoulder to shoulder, with shared pride. 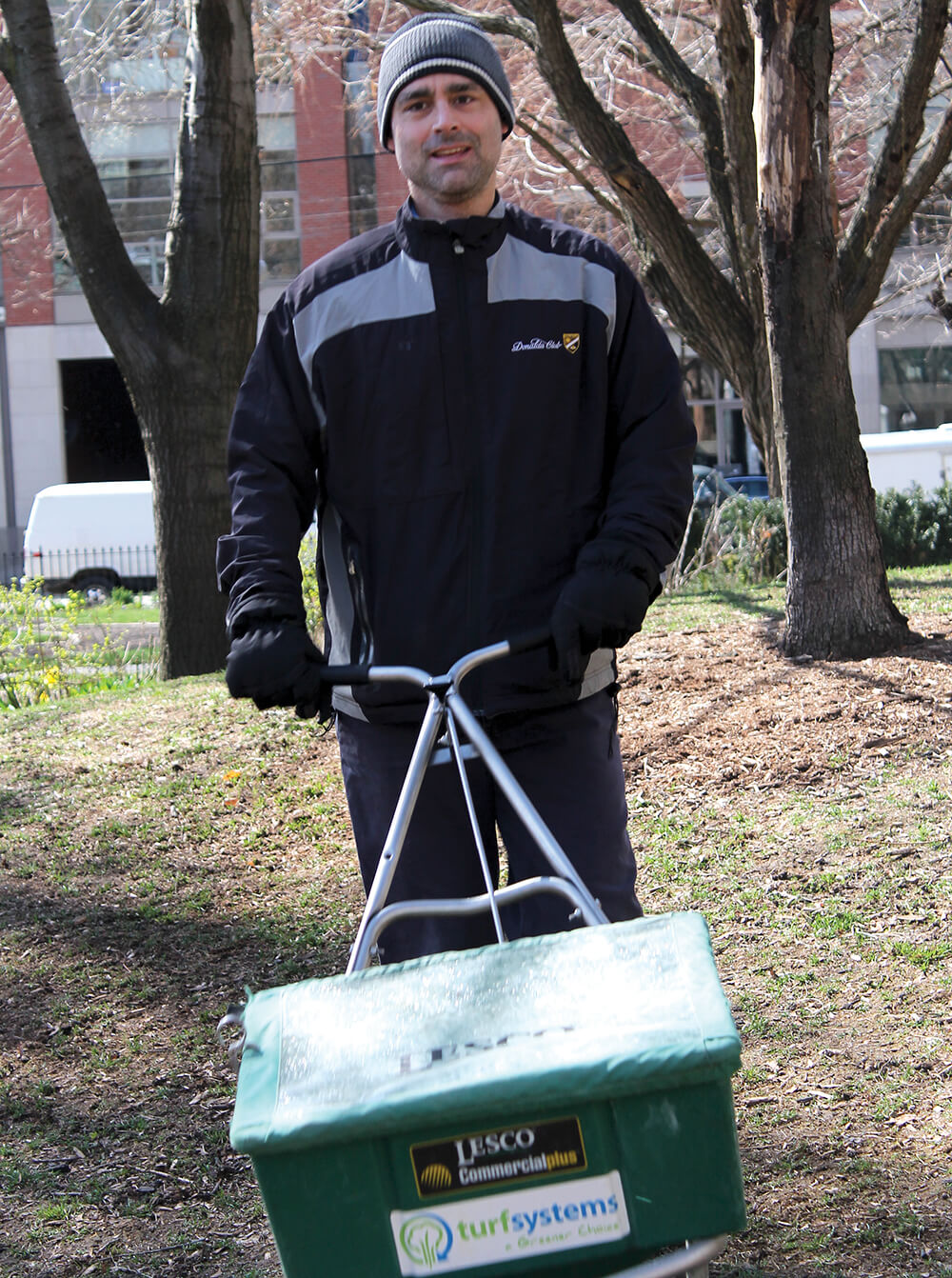