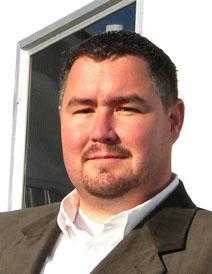 While sitting having a coffee, Dan said to Bill, “I just need three or four more good field staff.” Bill wanted to sub some snow work to Dan.

They’d just returned from a site visit and now sat down to talk some shop. “One more really good supervisor and a couple of really good supporting staff and we could take off next year.” “Start looking soon,” advised Bill. “It’s never too early; especially now, as some companies are laying off for the winter.

You’ve got some snow work to keep people busy, so it’s a good time to be hunting. In fact, it’s always the right time to be hunting.” “Do you have an interview form you could send me?” asked Dan with a smile. “I especially need some questions I can use to find those superstars.” “We do,” said Bill, “But people who are a lot smarter than you or I have been trying to solve the interview problem for years, and nobody has found those few questions that are going to turn you into a hiring machine.

So forget the magic bullet, but get better with a hiring process.” “What’s your process?” asked Dan “Spend a little more time hiring, and you’ll spend a lot less time hiring.” “What?” asked Dan.

“Spend more time hiring when you have to hire, and won’t be hiring nearly as often.

When I started out, I hired and fired fast, but I was always hiring/firing, or frustrated.

This way, we spend more time doing the actual hiring, but we hire/fire a lot less. It’s found us better people, and saved us a ton of time. And it’s not a big deal. You don’t need an HR staff to run this. Anyone can follow the three simple steps.”

“One of the best things we ever implemented was pre-screening our applicants.

We respond to every interesting resume with a pre-interview form. It’s ten basic questions are about past work history, where they heard about the job, and why they are interested in it. We’re looking for interested answers that show some effort, and the right attitude and approach to the pre-interview. Only about 45 per cent of the pre-interviews come back to us.” “That’s it?” asked Dan. “Not even half?” “That’s right,” answered Bill. “All the employees who don’t show up on the day they’re hired, or who work for three days until they find something easier, or who drag their boots around because they could care less are not going to bother to fill out and return ten questions to us. They’ll go work for the other guy, who brings them in and throws them out there.” “I don’t have to waste my time on with them. Actually, with the pre-interview, I don’t spend any time at all. Our office manager can do the pre-screening and filter out the best for me. I don’t have to look at 50 applications, only at the best five.” said Bill.

Bill said, “I don’t know if there’s any magic to an interview. It’s more of art, rather than a science. All I used to care about was whether they had a driver’s license, types machines they’ve run, and when they could start. But I burned through a whole lot of people, and a whole lot of time and money.

“Then I wrote a more formal interview with standard questions — some easy and some tricky — and I stuck to the script.

It was better, but I still ended up with too many wrong hires. So we made some simple changes, and it seems to work.

“We start with really informal conversation, like I do with you. We talk about their past job, what their typical day was like, what equipment and tools they’ve used, etc. This drops everyone’s nerves — mine and theirs. It’s not a test anymore; we’re just getting to know each other. This is where the art comes in. You need to pick up on little things and zero in on them; ask more questions. For instance, I like to ask about things they could have run better at their old company. Once they are relaxed, they’ll open up more about this kind of stuff.

Then take their side, agree with them, build rapport. Ask more questions, and soon, they’ll be telling you almost everything you need to know about their attitude. And we hire attitude. We can train anyone on skills, but we want to hire people eager to learn, to build a career, and who work well with others. And, I learn more about this in conversation, rather than any standardized interview questions.

“I do move on to some standard questions.

I put them in situations that are a little trickier: ‘Your foreman tells you to dig eight inches instead of 12, because you’re going over on this job. What do you do?’ Or, I’ll ask, ‘Tell us about a rule or policy at an old job that you didn’t agree with.’ I try to get a little more attitude by putting them in some past scenarios, to see how they handle themselves.

“When we find our man, or woman, we move to the final step; the working interview.

“The terms of the working interview are simple. You start with a two-week, paid working interview. There are no strings attached, and we both re-assess at the end to see it’s working out for us.

“The working interview allows the most important persons to get involved in the hiring process, my foremen. They’ll evaluate the new employee over two weeks, and if they haven’t proven themselves by then, we know we have to start over.

“For those who are the right fit, it also helps us assign the right wage. We have a pay scale for the different positions, based on things like years of service, training, certifications, etc. We might have a new hire believe they should start at Equipment Operator – Level 3. No problem, we’ll start you there for the two-week working interview.

But, our expectations are going to be that you can work effectively at that level, and if you don’t, we’ll either re-assign your pay grade after the two weeks, or we’ll agree to disagree and part ways.

“On the flipside, we might hire a Landscape Tech at Level 1 who proves they can read plans, layout sites, finish their health and safety training courses. The working interview helps ensure that staff lives up to the expectations we share during the interview and that their compensation is fair and accurately reflects the skill set.” Dan was jotting some quick points as Bill explained the process. “I like it,” he said. “It’s simple, and it’s a whole lot better than what we’re doing now.” “I don’t think hiring will ever get to an exact science,” said Bill. Mark Bradley is the president of The Beach Gardener and the Landscape Management Network.