“They travel in tunnels under the snow or in ground covers and feed on the bark and cambium of several tree and shrub species. The longer the winter, the more damage they can do. I have personally noticed that the vole population was a lot higher this summer. Autumn is the time of year when they breed heavily in expectation of the significant seed source that can be found,” writes Llewellyn in her September nursery report.

She recommends putting out bait in nursery production areas to prevent populations from getting out of control. Place bait stations in areas known to be infested such as grassy fence rows, weedy patches and walkways between containers and polyhouse frames. Try to have about 10 bait stations per acre of production area. Remember to rotate zinc phosphide baits with other baits (e.g. bromidialone, brodifacaum, defethalone) since the voles will become bait shy with repeated use of zinc phosphide. Where large areas of field production exist, broadcast application of baits may give some control where tunnels and past damage are evident. 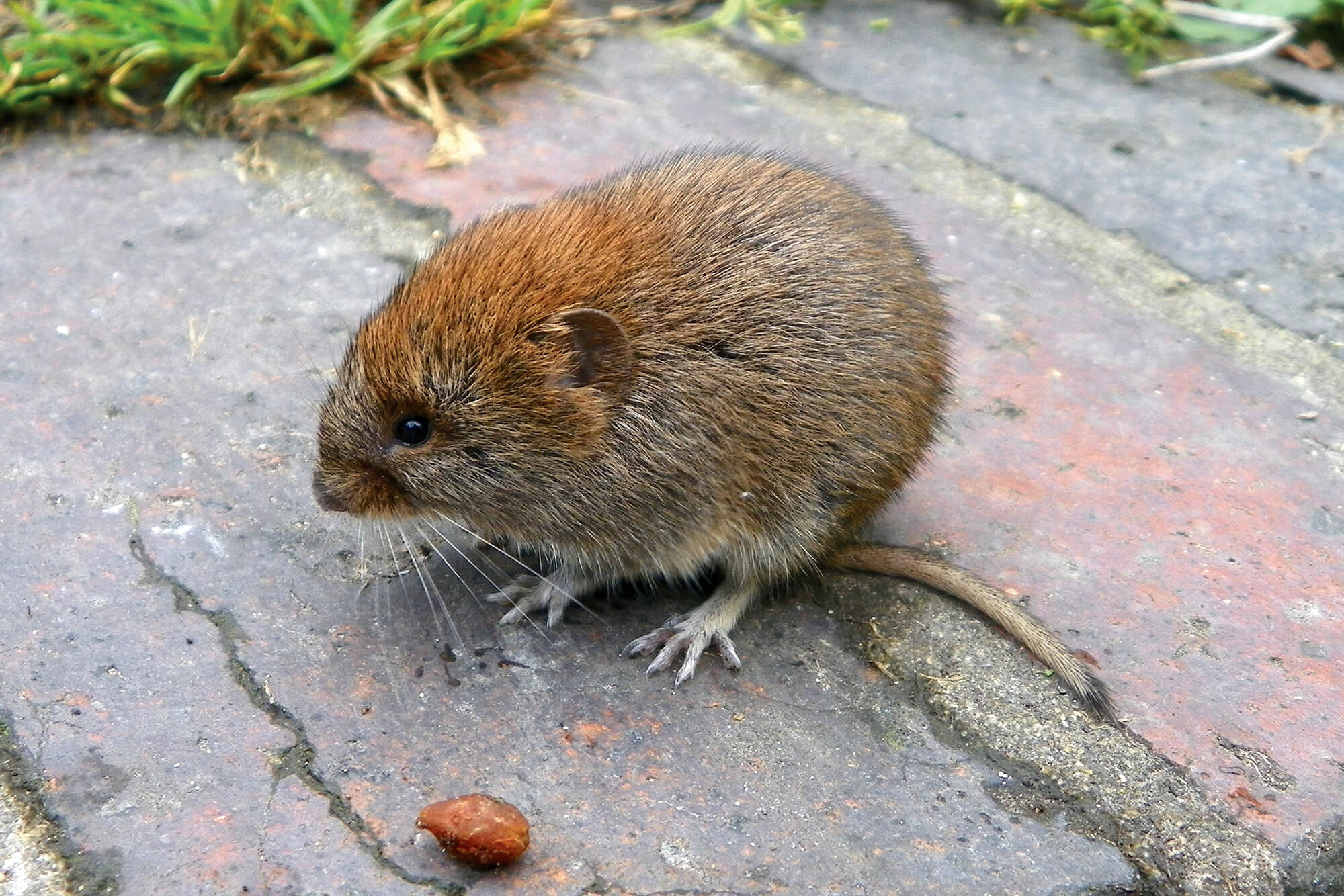 Meadow vole. Rodent bait stations will also help keep local populations down in the landscape, but to be sure, protective tree guards should be placed around young trees (diameter less than 15 cm).

“You can either use traditional coiled tree guards or corrugated drainage pipe. Be sure that the tree guard extends at least 75 cm above the stem. For areas that receive a lot of snow, you might want to make that 100 cm.  Mulching around the outside of the tree guard may also keep herbivores from getting in under the tree guard,” says Llewellyn.