What are you agreeing to in your winter contract? 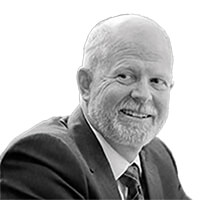 Almost every winter maintenance contract contains an indemnity and hold harmless clause. What does this mean? Well, “indemnify” means that you will repay any amount to the other party that it has to pay to a claimant. “Hold harmless” means you agree the other party won’t have to incur any expense at all, for things like claims investigation and legal fees.

Back in the day, these clauses were often an item of confusion. An injured plaintiff would usually make allegations against the property owner for inadequate maintenance and the contractor for negligent performance. Where both owner and contractor were accused of fault, whose insurance company would pay the expenses associated with the lawsuit? Often, the insurers of owner or contractor would prefer to wait and see.

Then the decision in Carneiro v Regional Municipality of Durham, 2015 ONCA 909 came along. Antonio Carneiro Jr. died in a car accident on a snowy day in Pickering, Ont. His family sued the Region of Durham and Miller Maintenance, Durham’s winter maintenance contractor. That contract required Miller to include Durham as an additional insured under Miller’s liability policy with Zurich.

The statement of claim alleged that the car driven by the deceased began to slide and spin on ice on Brock Road. The car slid down a hill and was struck by other cars. The statement of claim of negligence against Durham and Miller included failure to keep the road free of ice and snow, inadequate road design and construction, and failure to close the road during a heavy snowstorm.

Durham Region sued Miller’s insurance company, Zurich. Durham sought a court declaration that Zurich owed a duty to defend Durham in the action, and to pay for the lawyer of Durham’s choice, and to indemnify Durham for any amounts for which Durham may be found liable to the plaintiffs.

Zurich argued it had no duty to defend Durham because some of the particulars of negligence in the statement of claim — those unrelated to Miller’s winter maintenance work — fell outside the scope of coverage provided to Durham.

The motion judge dismissed Durham’s motion. He found that Zurich was only required to defend Durham with respect to the claims insured for Miller. But Durham appealed, and won. The Court of Appeal reversed the motion judge’s decision. It found that Zurich was required to defend all the claims against Durham. Not just for the claims that arose out of Miller’s work, but the entire action. The Court found that since Durham was an “additional insured” on Miller’s policy with Zurich, the policy contained an unqualified promise to defend Durham for claims covered by the policy. The Court found the “true nature of the claim” was clearly expressed in the statement of claim — that the deceased lost control of his car because it skidded on ice and snow; and, that Durham and Miller failed to keep the road clear of ice and snow. Those allegations related directly to Miller’s winter maintenance contract and triggered Zurich’s duty to defend Durham. The Court of Appeal noted that the duty to defend is a separate contractual obligation that is not met by Zurich simply indemnifying Durham at the end of the case. Zurich was ordered to pay the reasonable costs of Durham’s defence.

The Court also said Zurich had to provide Durham with independent counsel, at Zurich’s expense, to defend the action in its entirety. But at the end of the case, once the division of fault was sorted out, Zurich would be entitled to seek an apportionment of the defence costs as between covered claims, and those claims that dealt solely with uncovered claims.

The Carneiro approach of requiring the insurer to defend the entire claim on behalf of an additional insured, subject to a right of reallocation of defence costs at the conclusion of the case, is the correct approach. It remedies the unfairness to the additional insured of being forced to defend itself for covered claims and expend costs to pursue the insurer to fulfil its duty to defend. The Court pointed out that the duty to defend is a separate contractual obligation. “The outcome of the trial is irrelevant to the duty to defend. The duty would be a hollow one if the insurer’s only obligation were to indemnify its insured at the end of the day. That was the obligation Zurich undertook when it issued a policy naming Durham as an additional insured. It promised to defend Durham and it should have been held to that promise.”

Since the Carneiro decision, our courts have followed the same approach. The duty to defend an additional insured under a hold harmless clause will be determined at the outset of a case. The duty to defend is determined by the allegations in the plaintiff’s statement of claim, not by what happened, or who, if anyone, is found at fault at the end of the case. Those defence costs can be reallocated at the end of the case, based on the apportionment of fault as between owner and contractor.

So what’s the upshot of all this? Let’s say you’re a contractor, and your winter maintenance contract says you have to “hold harmless” the owner. Let’s say the owner is added to your insurance policy as an “additional insured.” And now let’s say an injured plaintiff alleges their slip and fall was caused by negligent winter maintenance. Regardless of what actually happened, or whether anyone was negligent, or who is ultimately found at fault — your insurance company will have to pay for your defence, and the defence of the owner. That could mean two sets of lawyers, two sets of expenses — and increased premiums for you at renewal time.

So read your contract. Is there a hold harmless clause? Understand what you’re agreeing to. If you have questions, get advice.
Ian A. Mair
Partner, Moodie Mair Walker LLP