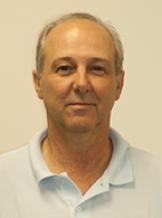 It appears our federal government is looking to amend Employment Insurance (EI). Federal finance minister Jim Flaherty has hinted at new expectations for the unemployed.

Flaherty is quoted in the news media as stating, “There will be a broader definition and people will have to engage more in the work force.” He has pointed out his own resume from his law school days at Toronto’s Osgoode Hall. “I was brought up a certain way. There is no bad job. The only bad job is not having a job. I drove a taxi. You do what you have to do to make a living.”

Reading between the lines, it appears that the federal government wants to create a greater connection between the EI program and the Temporary Foreign Worker program. They are proposing that if you don’t take any whatever job is available, you won’t get EI.

If these rumoured reforms are put into place, it would result in those Canadians who receive Employment Insurance being required to accept jobs that are currently filled by Temporary Foreign Workers.

This raises a very important issue for us in this industry. As a philosophical question, is Employment Insurance an earned benefit?  Will a landscape worker laid off for three to four months, be very enthusiastic about working at McDonalds? Is being forced to accept any job, a productive way to spend one’s time in the winter?

Any employer will know that hiring an experienced landscape worker is short-term. He will leave that job he was forced to take in the winter, as soon as spring arrives.

Each year the federal EI fund posts a surplus in the billions of dollars. The money ends up being included in the overall revenues of the federal budget.

The problems as I see are twofold.

First, the funds are not being used entirely for the purpose for which they were collected.

Second, most unemployed Canadians are not getting access to income support or the necessary training programs into which they have paid.

In my opinion, it would be much more productive to have landscape personnel on EI being trained to become more professional. Having landscape people being forced to take meaningless jobs is unproductive and a waste of time and money to both the employee and employer.

The industry’s seasonal issues have been around for many years. We must somehow overcome this if the landscape industry is to be regarded as a professional trade.