When it comes to winter maintenance, there are no shortcuts 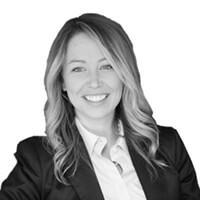 We all venture off the beaten path at some point in our lives. Maybe you are trying to shave seconds off your commute by following an already well-packed pathway, or maybe you blaze a new trail cutting across a lawn. Whatever the circumstances, chances are we have all walked along a shortcut at one point in our lives.

As a winter maintenance contractor, you may see evidences of a shortcut on a property created by patrons and wondered, “do I have a duty to maintain these shortcuts?” With the winter season right around the corner, and the growing fear of slip and fall lawsuits, here are some factors to help you determine whether a shortcut may be considered an actual walkway that warrants maintenance.

The most important indicator used to determine whether a shortcut must be maintained is the use of the area by the public. In Guy v. Toronto (City), 2010 ONSC 5220, the plaintiff broke her wrist when she slipped and fell on a patch of ice covered by snow on a laneway outside of a subway station on her way to school. The laneway was not designed for pedestrian use. At trial, the plaintiff showed that many of her fellow students used the laneway as it was the most direct route to the school from the subway station. The trial judge found that the city ought to have known that the laneway was frequented by pedestrians and it should have received the same standard of winter maintenance as a sidewalk.

It is more likely that a shortcut will be considered “maintenance worthy” if it is in a graded and/or paved area, such as a laneway, even if it was not designed for pedestrians. But what about those “well-worn” pathways formed by a successive line of people deciding, “nah, I’m going to go this way.” In Sorensen v. Frontenac Lennox & Addington Roman Catholic Separate School Board, 1996 CarswellOnt 2323 (Ont. O.C.J.), the judge had to decide whether a shortcut used by the plaintiff was really a path that must be maintained by the defendant. Here, the plaintiff fell down a bank on what she considered a “worn path” down a hill at the rear of a school property. The existence of a “path” was an essential element of the case. The court found that there was no such “path.” At times, people would cut across or walk down the hill, but not on a specific path that was known to the defendants. The maintenance that was performed on the property was reasonable and the plaintiff’s case was dismissed.

What should you do if you notice a shortcut? Read your contract. Speak to the owner or property manager about the shortcut. If it is a known worn shortcut that is used frequently by many, it may warrant the level of maintenance of a sidewalk or walkway. Make sure you notify the owner you are not responsible for the shortcut in your contract and confirm this in writing.
Taylor Casement
Co-authored by Maximir Luburic, articling student
Moodie Mair Walker LLP