Windsor Chapter created a beautiful garden at The Hospice of Windsor and Essex County.

The Hospice of Windsor and Essex County demonstrated its appreciation of the efforts shown by Landscape Ontario’s Windsor Chapter in building the Solidarity Garden at the facility.

An open house on June 20 recognized the tremendous dedication and efforts by members.

Completed last fall, the garden is now in its first full season at the Hospice, where patients, families and staff are all quick to recognize the many benefits of their newly-renovated space.

“The garden is like having another big room on to the building,” says hospice executive director Carol Derbyshire. She had many kind words and praise for the local members in attendance who contributed to the garden.

“We are so grateful to Landscape Ontario members, because they helped make all this happen,” said Derbyshire. The Canadian Auto Workers also contributed to the garden by raising $100,000 for the project, but Derbyshire is quick to point out that the garden could not have been built for that price. Also included were many extra materials and elements provided through the generous donations of Chapter members.

Hospice staff members are also very proud of the Solidarity Garden. The Windsor Hospice is working with a Toronto hospice to help it take on a similar project. After the visiting hospice staff had a tour of the Windsor facility, they later commented to their Board, “Hospice Windsor is the Disney of all hospices.”

Nurse educator Catharyn Ellis said the Solidarity Garden,” is great for a lot of people,” because even local residents visiting the hospice for group sessions or events can sit inside the lobby and still enjoy a view of the garden.

Social worker Alex Katzenberger wanted everyone to know, “It is not only patients who benefit [from the garden], but also caregivers,” because it also provides them with a place to escape, relax and clear their own heads before heading back to work with patients. “It’s fulfilling a lot of people on a lot of levels. It is just beautiful,” she added.

The project came about through a discussion at Winter Blooms a few years back, when a hospice board member mentioned they were thinking of building a garden. Chris Power from Bellaire Landscaping immediately offered help on the chapter’s behalf and spearheaded the project.

Power, a landscape designer and a director on the Windsor Chapter board, said material left over from Winter Blooms was used, along with material donations from  Stonecraft and The Pond Store. The rest of the donation came in the way of labour.

Landscape Ontario thanks all of the participants, volunteers and members who provided labour and materials to make the Solidarity Garden a reality.

Next on the Chapter’s radar is the St. Anne’s French Immersion School, where a green project is already underway. 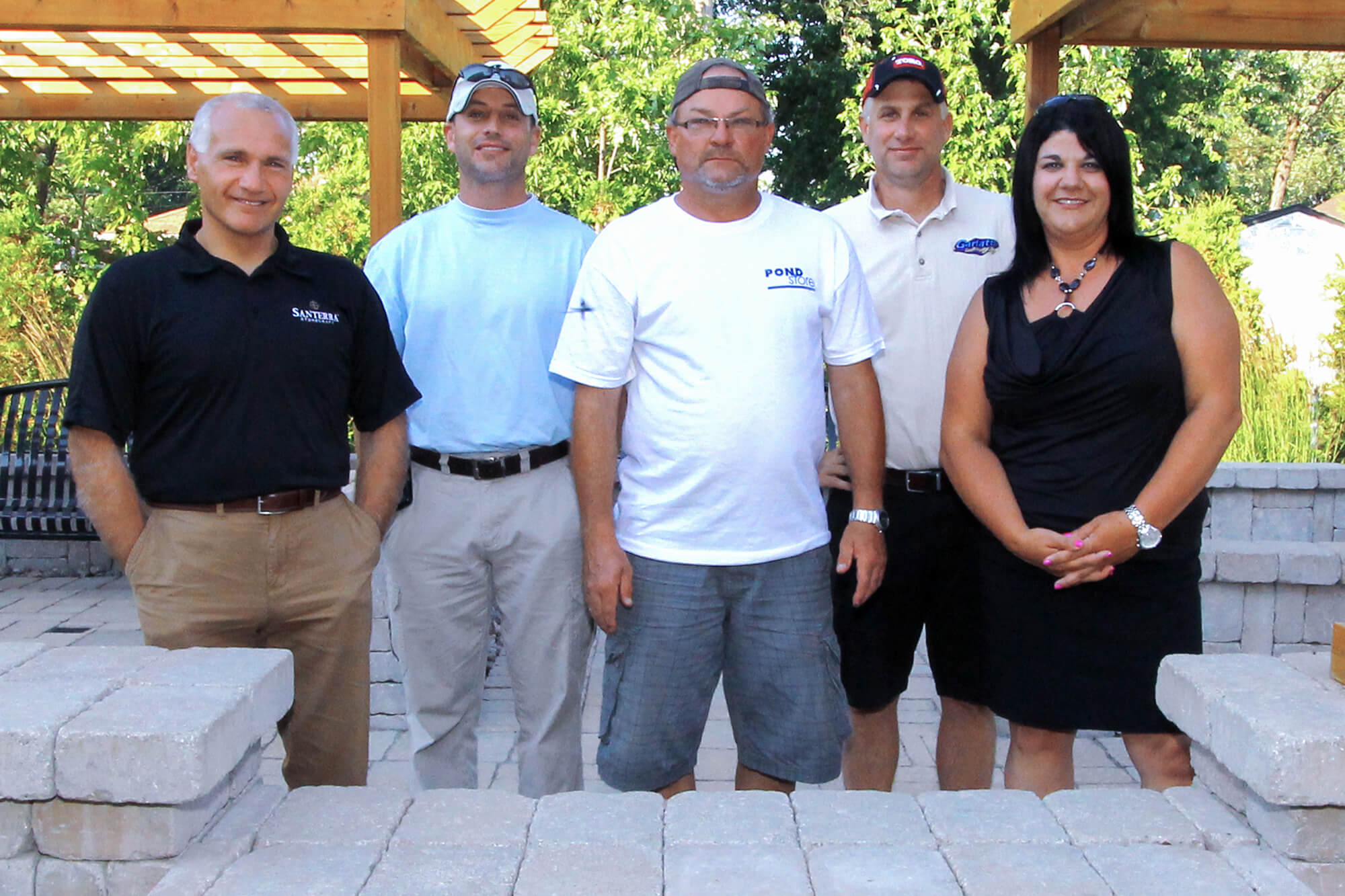