A legacy of family values

Greentario Landscaping is a family business that wasn’t supposed to be a family business. It began in 1986 by Italian immigrant Santo Filice after the plant he worked for moved to a different city. Having a knack for gardening, Filice launched his own landscaping service with just one other employee. Additionally, his wife Ofelia handled the bookkeeping and paperwork and would continue to do so until 2017.

His young sons, Lou and Carmine, would help with mowing lawns and other small jobs.

“We started working at a very young age with the business,” Lou said. “We were able to work during the summers, on weekends with our father, which gained invaluable experience.”

Both sons remember how hard their father would work all day and then go home to spend three to four more hours in his own garden and orchard.

Hear how Greentario's family values have contributed to a strong team in our supplementary video.
As they got older, the brothers studied for other careers, but they were eventually drawn back to the family business. Carm was working as a pension analyst in Toronto when he told his father he wanted to work with him again.

He recalls his father’s first answer was a flat out no. “Why do you want to leave a suit-and-tie job with a good organization to come work outside?” Santo had asked his son. “Plus, I can’t afford to pay you what you are currently making.”

Carm persisted, and after three months of discussion, his father finally gave in. Both sons joined Greentario in 1996 and have never looked back.

Carm says his dad “was a pretty special guy, very generous individual, always jovial. It was a true blessing to be able to work with our father for all those years.”

Lou credits his own work ethic to the experience he gained while working with his father.

“Growing up in the business, working with your father, you understand what it means to be a hard working man,” Lou said. “Also, the hardest part is being a family man. So now, both of us with our own families, we’re able to take that experience and pass that on, hopefully to our children.”

Setting the values in stone

After their father died 10 years ago, it felt like they’d lost the team patriarch. They needed a way to preserve his legacy and foster the values they learned at his side. To do this, Lou said “we wrote them down as part of our mission, our vision and our values. So now everybody can see that and how Greentario lives our values.”

Carm added, “So everything we do, no matter what we are approaching, it is with our values in mind.” The seven values that guide the crew at Greentario are now part of orientation and are the first thing on the inside of the employee handbook. Lou says to promote their culture, they have to demonstrate the values daily from the top down.

“It’s very important that our experienced staff instills those values in the up-and-coming staff,” Lou explained. “We try to always portray that message: values first, live the values.”

Those values were evident during a major snowstorm in January 2022. Many communities in the Golden Horseshoe had a record breaking snowfall. Areas such as Stoney Creek, Grimsby, and the Hamilton area got over 40 centimetres of snow in eight hours.

Lou said their various crews, working long shifts and in different divisions, all stepped up to unite their efforts.

“The plow trucks, the operators, sidewalk crews, different crews. Then everybody’s like, OK, Timmy’s crew is falling behind. Let’s go help ‘em out guys. In cases like that, everyone works together to get the job done.” 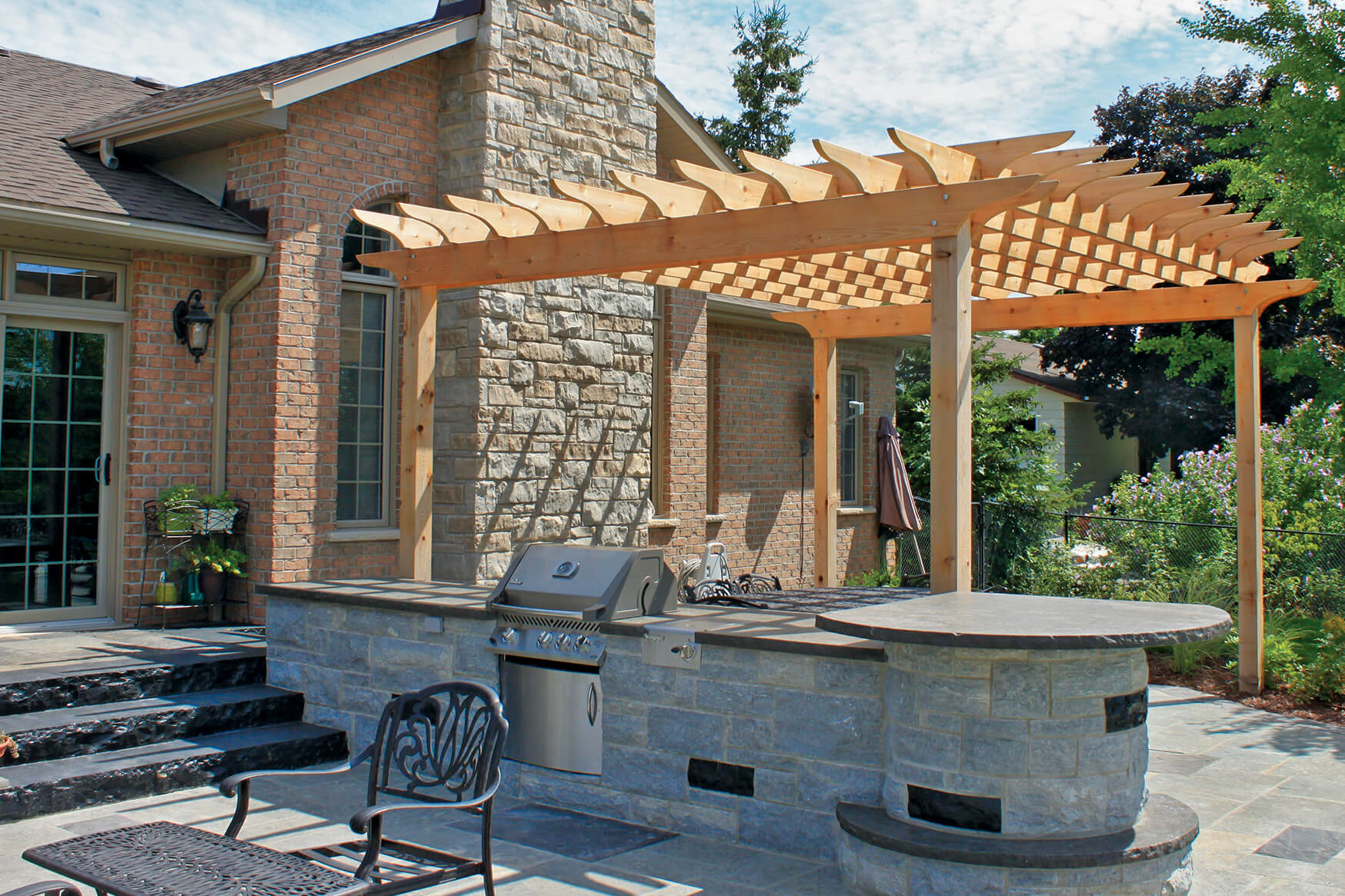 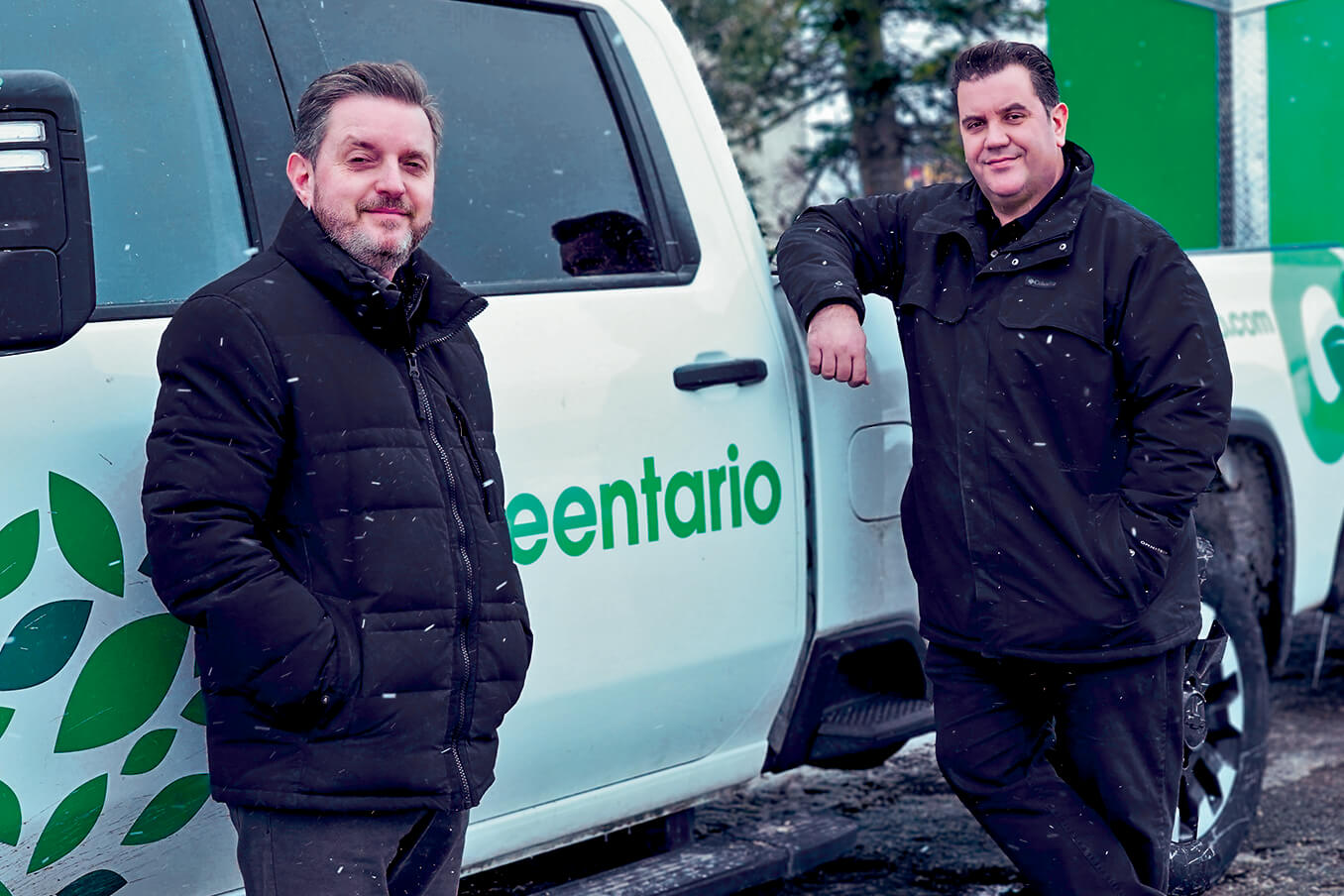 Greentario says 99.9 per cent of their business comes from referrals. Word-of-mouth is also how they grow their team, especially when those referrals come from existing employees. Lou says their newest crew leader, who started just three years ago, was a “great referral from one of his buddies.”

The brothers also recalled the decision to hire a group of refugees from Kosovo. They had little to no experience in landscaping but were eager to work.

Maintenance supervisor Rasim Xhoni is one of those refugees who started at the bottom and worked his way up. He joined Greentario to help with snow removal a few years after arriving in Canada.

“I started landscaping in April 2002 and then from there I worked in general labour for them for a few months and then kind of a lead hand,” Xhoni said. “And the next year, I became a foreman. Did that for about 15 years, I believe, and then moved up to a supervisor.”

“It’s a good news story, in the sense that some of those guys couldn’t even speak a word of English when they joined us,” Carm said. This wasn’t a new problem for the owners of Greentario though. “You have to remember we were the sons of an immigrant,” Carm pointed out. “My dad’s English wasn’t the best. So we got sign language that we made up.”

Xhoni recalls the challenge of learning English while working and getting to know his teammates; his empathy and effort to help other newcomers is another example of how teamwork is key at Greentario.

“When I came to Canada, I just knew three words: hi, bye and money,” Xhoni said. “And after I learned the language, I always help people. They bring new people to the company, new immigrants, because I’m one of them, I was one of them, and I know how it feels. So I always help them all the time.”

Tools like Google Translate help make some communication easier, but out in the field, many tasks can be demonstrated in person.

“We just figured it out, you know?” Carm explained. “We trained guys on site. They visually watch someone. You learn and then the language comes with it. Just be patient and everyone gets past it.”

While some of Greentario’s new employees come in with experience, most are new to the profession. Training is provided to those willing to show up and work hard. Carm says their onboarding process helps new employees understand their role.

“We’re finding new employees through that program, in which they gain that invaluable experience through Landscape Ontario: basic training, basic experience, how to handle the equipment, how to identify plants,” Lou said.

Continuous learning is key at all levels, including the leadership team who recently completed the Employer of Choice program with Landscape Ontario.

Greentario is also a member of the Laborers International Union of North America (LiUNA), and makes use of their training facilities. As union members, staff have access to training during the off-season while also networking with other operators in the profession.

Looking to the future


With 30 years of experience, and having weathered two recessions and a global pandemic, Greentario feels confident about the future.

“Even during the greatest recessions, the snow needs to be plowed, the grass needs to be cut, the litter needs to be removed,” Lou said. “That was our bread and butter, and we grew into the construction division and our snow removal division as well. So it’s very important to recognize what is sustainable.”

Lou and Carm believe the future of landscaping and horticulture as a profession is looking brighter than ever.

“We are no longer just a guy with a pickup truck,” Lou said. “We’re a profession. We’re highly-skilled, highly-trained to do quality work, safely and by all regulations.”

“Opportunity is all over the place. The industry is continuing to grow. Find what you love doing in it so that you love coming to work every day and you’ll make a great living at it.”

Lou encourages his peers to not give up, despite the challenges.

“It’s hard work. It’s long hours, but it is a great profession. If you love it, stick with it. The fruits of your labour will happen. Believe me.”

Wise words, no doubt, from the legacy of Santo Filice. 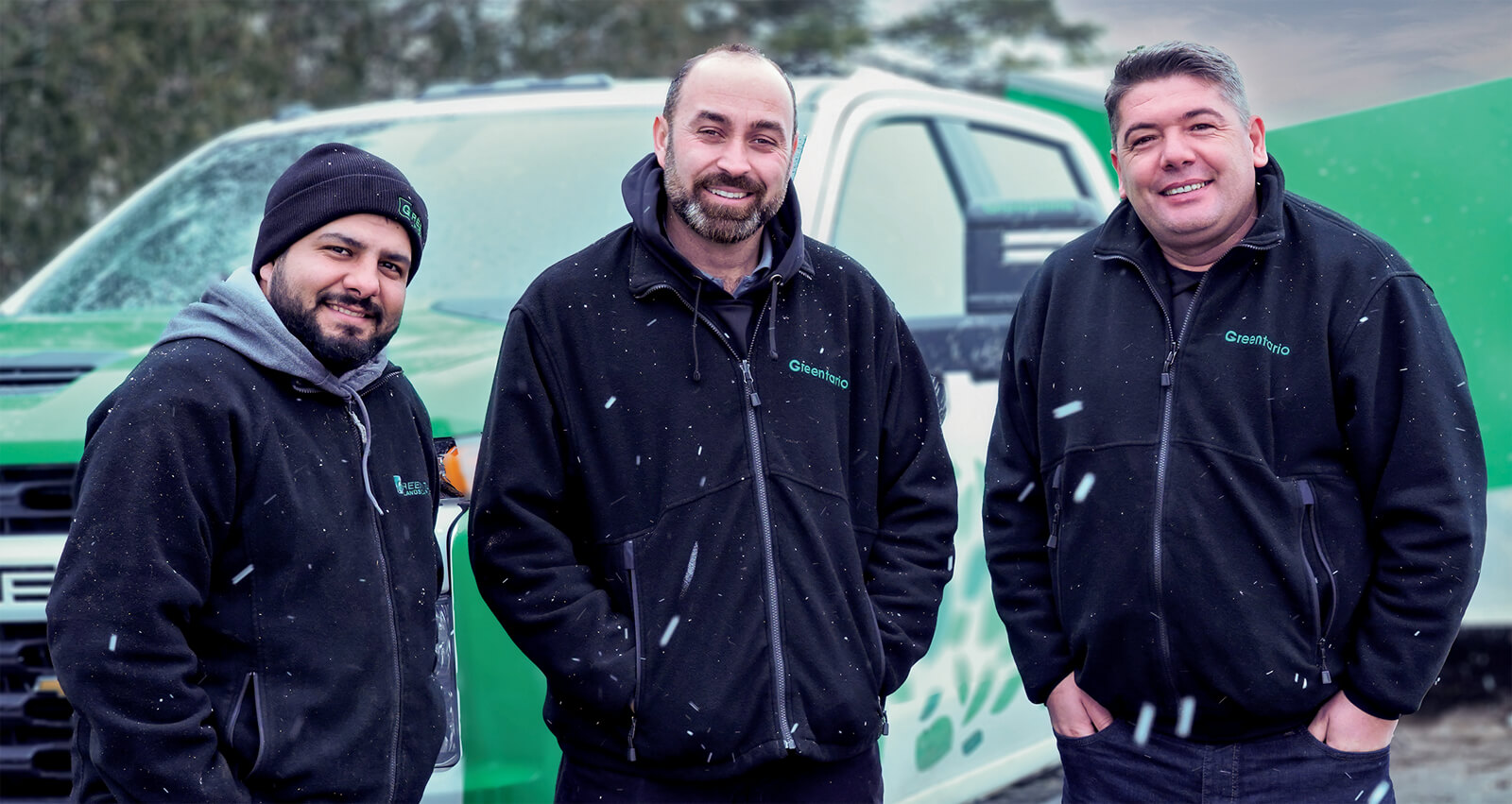