Released earlier this year for iOS, the free BugFinder app that helps to detect and manage insect pests on trees and shrubs specifically in Ontario is now available for Android devices.

Developed by Dave Cheung and Jen Llewellyn, the app features over 800 high-quality images of 82 species of insect and mite pests, allowing users to search the image databse directly, by filtering searches based on host, life stage and plant damage.

Simply input the plant name and time of year and the app then utilizes its extensive database to generate a checklist of pests to scout for in the field. The app is stored locally, allowing it to function where a WiFi signal may not be obtainable.

Development of the BugFinder app was funded entirely by Growing Forward 2, a federal-provincial-territorial initiative and updates to the app will be ongoing. 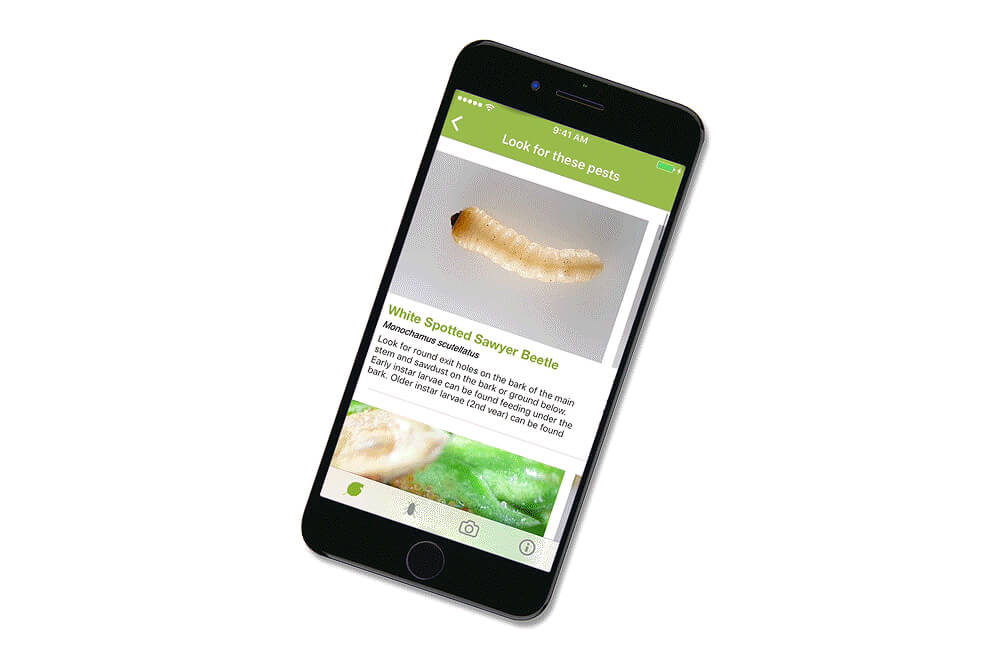