This year’s Industry Auction saw a good turnout at Winkelmolen Nursery in Lynden.

Share
Tweet
Mail
The 2014 edition of Landscape Ontario’s Industry Auction was hosted by Canadian Grower of the Year winner Winkelmolen Nursery in Lynden.

The nursery is also celebrating its 35th anniversary this year.

Tours of the 600-acre facility were conducted before the event. Most of the industry members in attendance took the opportunity to view the beautiful nursery.

The annual auction raises money for horticultural research and scholarships. Lots were donated by generous growers and suppliers.

The Growers’ Awards of Excellence entries were judged in the morning and the winners announced at the end of the auction. An Awards of Excellence certificate went to each of the 11 winning lots, which were then auctioned. The winners will be recognized at Expo’s garden centre event held at the Toronto Congress Centre on Oct. 23. 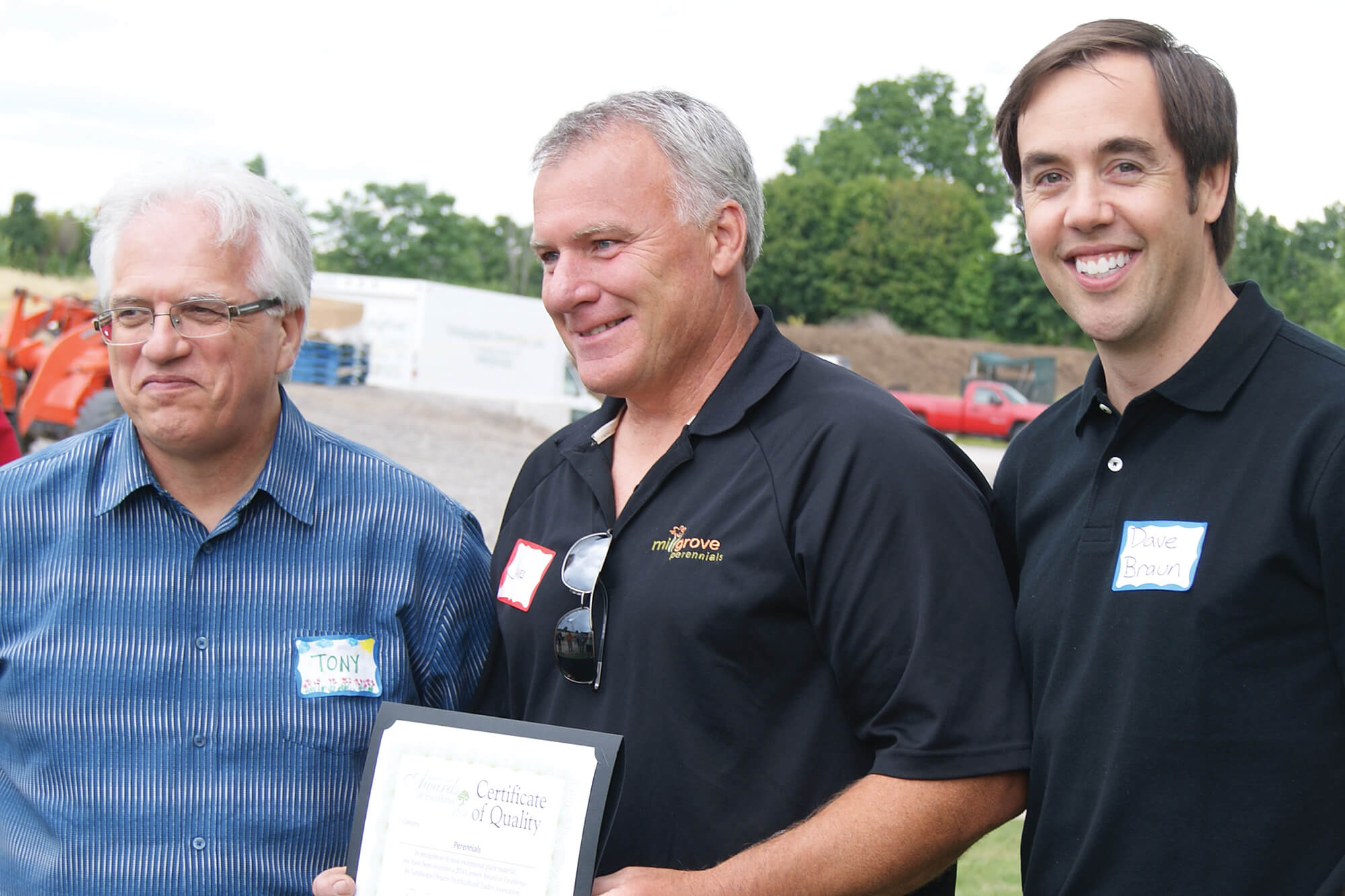 The judges’ Choice Award for the best overall entry went to Millgrove Perennials. In photo, LO executive director Tony DiGiovanni and LO president Dave Braun present James Feenstra (centre) of Millgrove Perennials with his Award. On hand to welcome visitors to the event was Landscape Ontario president Dave Braun, who represented LO and Growers Sector Group. He thanked the Winkelmolen family for hosting the event and providing lunch.

“I would like to thank our generous host and lunch sponsor, Winkelmolen Nursery for providing this excellent facility to hold our auction,” said Braun. “We appreciate all of the effort from their outstanding staff, and would like to take a moment to present them with a certificate of appreciation,” said Braun.  Accepting the certificate were second generation family members, Nick and Jeff Winkelmolen.

Organizers offered a special thank you to John Moons, Connon Nurseries NVK Holdings, for his continued commitment with operations at the auction. “The event would not be the same without him,” said LO conference and event manager Kristen McIntyre. She also offered a thank you to, “our outstanding auctioneer, Jim McCartney. He always adds sense of humour and fun to the event.”

A special bidders’ prize this year was an iPhone 5, donated by Plant Products. It was won by David Onofree of Erin Mills Gardening and Landscaping in Mississauga.

Next year’s Industry Auction will take place at Canadale Nurseries in St. Thomas. 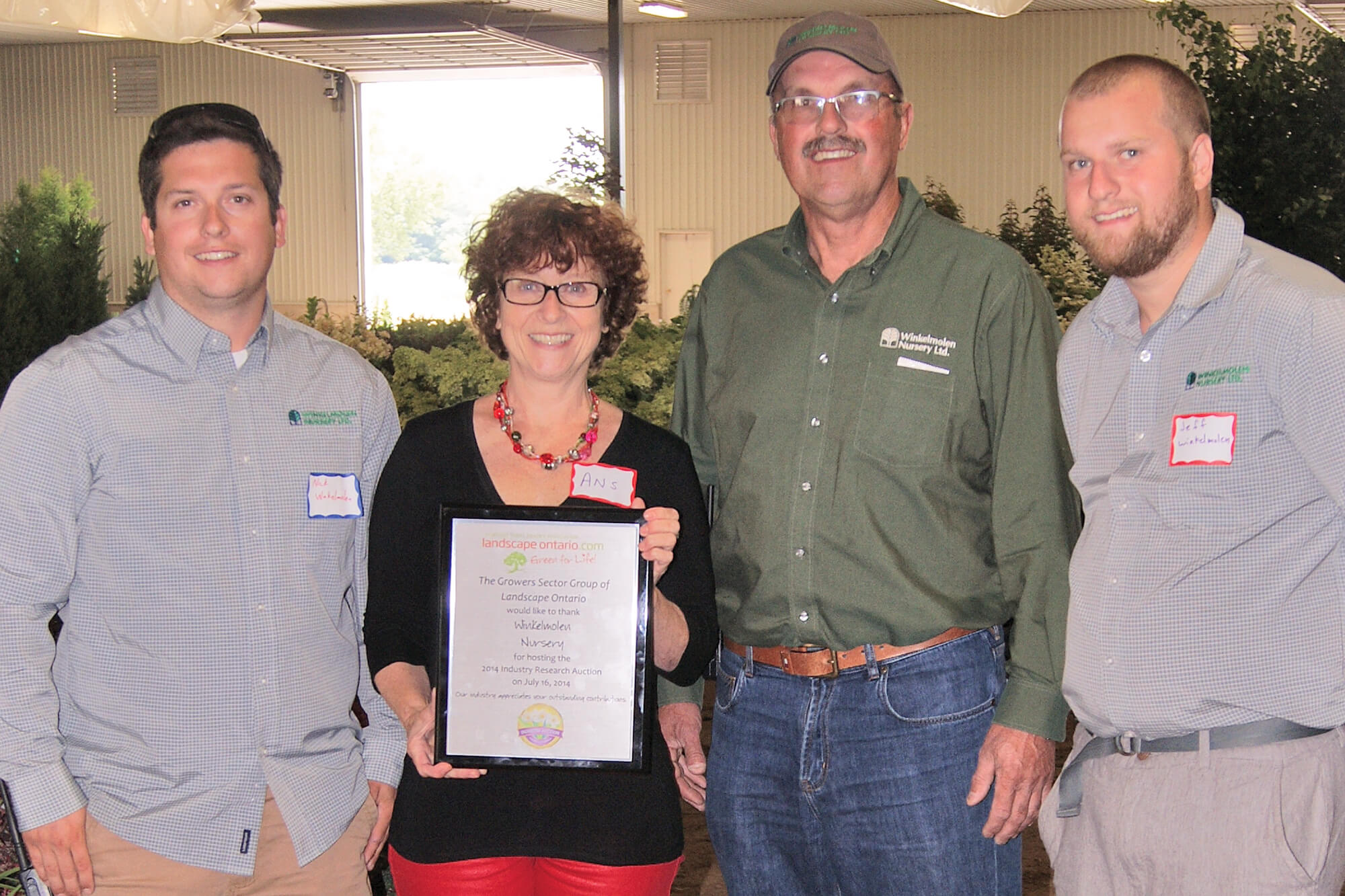 Family members who operate Winkelmolen Nursery display the certificate of appreciation presented by the LO Growers Group for hosting the auction.They are from left, Nick, Ans, Jan and Jeff.