Turf stakeholders in Ontario are consulted each year by the Turf Technical Working Group of the Pest Management Research and Services Committee to put together a turf minor use list of insect, disease and weed management priorities.

The process is duplicated in every province across Canada. The national priorities are presented at a meeting hosted by the Pest Management Regulatory Agency.

In conjunction with this meeting, there is also a national bio-pesticides workshop. If a crop pest is deemed a significant problem, but there are no pesticides currently available in Canada to control that pest, then the Pest Management Centre will fund pesticide trials to determine if there is a product that can handle the problem.

In 2012, Ontario was successful in obtaining funds to perform a bio-pesticide trial for the control of hairy chinch bugs in turf. The product that was tested for this purpose is the bio-pesticide Grandevo, Marrone BioInnovations. Four trials were conducted — two in Ontario, one in Quebec and one in Ohio. Results of these trials were varied, mainly due to the very dry conditions experienced in Ontario and Quebec during the test period in 2012. There are plans to repeat the trials in 2013.

The hope is to provide sufficient data to support the addition of hairy chinch bugs to the Grandevo label. Grandevo, hopefully should qualify as a Class 11 pesticide under Ontario’s Cosmetic Pesticides Ban.

At the 2013 National Bio-pesticide Workshop, held during March of this year in Gatineau, Que., funding was obtained to perform a bio-pesticide trial for the control of European chafer grubs in turf.  The product that has been selected for this purpose is Bacillus thuringiensis galleriae, Grubgone from Phyllom BioProducts.

Trials will begin in the summer of 2014 on this product. Trials on an older formula were conducted in Ontario in 2009 with modest results. The hope is that the new formulation will be more effective, and that this product will qualify as a Class 11 pesticide under Ontario pesticides ban. 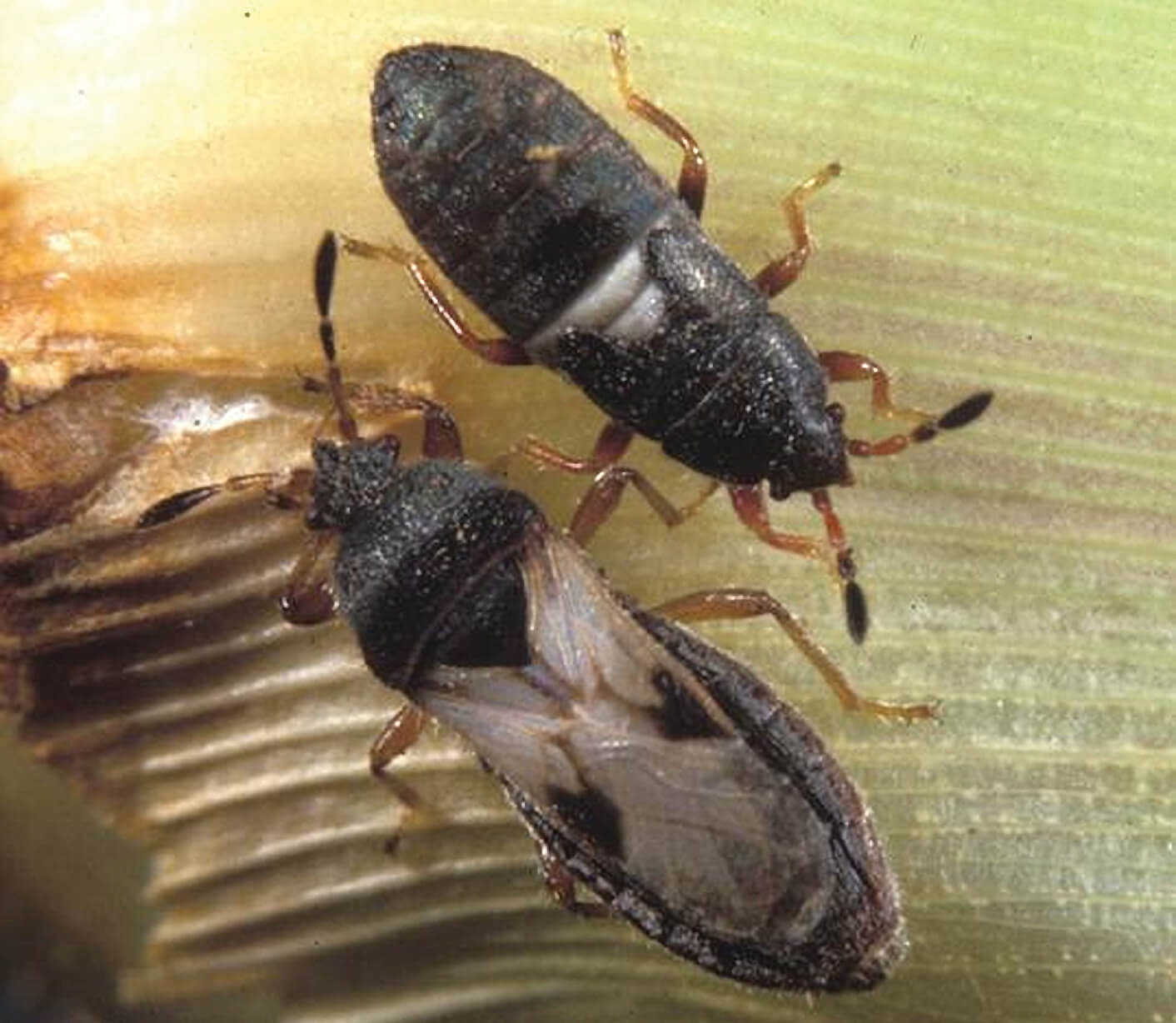 Chinch bugs. There was an update from Dr. Karen Bailey, Agriculture and Agri-Food Canada scientist, who has been developing the fungal herbicide Phoma macrostoma with the Scotts Company. This herbicide received registration in 2012, but production issues have held back its launch. Plans call to have it in the marketplace by 2014.

Marrone Bio-Innovations has a new bio-herbicide called Opportune, or MBI 005. It is a heat killed Streptomyces with good pre-emergent control against Poa annua. It is supposed to have efficacy against crabgrass when applied to bare soil, but the company is not sure if it will work when applied to turf. Trials on this product will be conducted this summer at the Guelph Turfgrass Institute to determine its efficacy against crabgrass in established turf.

An interesting observation at this meeting was the number of crop protection companies increasing the amount of research and development into bio-pesticides. For example, BASF has purchased Becker-Underwood, the U.K. supplier of insect parasitic nematodes. Bayer has purchased a bio-pesticide company based in California, called AgraQuest. This company will now be called Bayer Biologics. In addition to these companies, there were at least a dozen other bio-pesticide companies that presented information on new products being developed for the Canadian market.

On the subject of pesticides, the Ontario Ministry of Agriculture and Food and the Ministry of Rural Affairs have published a 2013 Supplement to the Turfgrass Management Recommendations, Publication 384. The supplement can be found online at http://bit.ly/13tud98. It contains recommendations for the turf pesticides that have been registered in 2012 and early 2013.

For anyone interested in the presentations made by the various crop protection registrants, they are available at the Pest Management Centre’s website ftp://ftp.agr.gc.ca/pub/outgoing/pmc_sa/. This will take you to a directory of the meeting organized by the day the meeting was held. Pam Charbonneau may be reached at pamela.charbonneau@ontario.ca.