Landscape Ontario is sharing stories of frontline heroes who have gone above and beyond to support their community during the Covid-19 pandemic. Garden Makeover Finalists have a chance to win the grand prize $25,000 garden makeover or one of nine valued at $5,000 — one in each of Landscape Ontario Horticultural Trades Association's regional chapters.

As a family physician and HIV-AIDS Specialist, Dr. Anne-Marie Zajdlik has been battling pandemic viruses her entire career. So when COVID-19 spread across Ontario, the Guelph-based doctor was ready.

“When I was starting to treat HIV positive patients in the early nineties, we still didn’t have a treatment,” Zajdlik, explained in an interview with CBC Toronto. “So the patients I was caring for were all dying. It was before 1996 when the drug cocktails were available, and we knew how the disease was transmitted but there was still a lot of terror around whether or not the disease would be transmitted to health-care workers. So what I had to learn to do was not to be concerned about the disease being transmitted to me, but to move forward and help as much I could with people who were living with the virus. So it seems natural to me, with that training, to run towards the fire and into the COVID-19 pandemic because that’s what I was trained to do.”

That doesn’t mean she wasn’t afraid. In fact, Zajdlik says she was terrified in March and April when case numbers surged.

“I remember being at the Guelph Covid-19 clinic the day Premier Doug Ford announced the case projections from Public Health Ontario,” she said. “It was overwhelming. But I know my colleagues and I were very focused on doing our jobs and ensuring our community had the best information possible to keep themselves and their families safe.”

During the pandemic, Zajdlik has been involved with the Guelph Covid-19 Assessment Centre at the Victoria Road Recreation Centre. She has also taken to social media to fight misinformation with scientific facts.

“In the spring, I started to share my thoughts on Facebook,” she said. “People were looking for information they could trust, and I wanted to help ensure the real, scientific information was available.”

Her posts quickly gained traction, garnering thousands of likes, shares and comments. While most of the feedback was positive, the posts also made Dr. Zajdlik a lightning rod for trolls spouting pseudo-science and fear. But Zajdlik remains undaunted.

“I do feel like I am in a fight,” she says. “While it’s difficult at times to see and hear the negativity and misinformation, I know my posts are making a positive impact. I feel like if I can help in any way, to calm people’s fears, that’s what I hope to do.”

Writing has been therapeutic, during a very stressful time. Another stress reliever for Zajdlik is her gardens.

“I have been gardening for 35 years, and it truly is a passion of mine,” she said. “I love going out into the garden in the evening to unwind and connect with nature.”

Zajdlik has three grown children and lives with her husband in Rockwood. Each September, she harvests her ample tomato plants and spends a week of vacation canning. Although this year, she’s not sure her schedule will allow it. 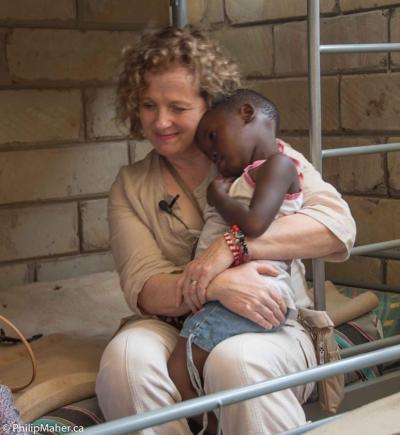 Charitable work is another passion in Zajdlik’s life. She is the founding director of Bracelet of Hope, a charity which supports people living with HIV/AIDS in Lesotho, Africa. The charity supports foster homes for children that have been orphaned due to HIV, as well as Mobile Health Units to reach marginalized and isolated populations with medical support and HIV treatment, and provides income-generating activities. Lesotho is a small country in Southern Africa, enclaved by South Africa. As of 2018, Lesotho had the second highest adult HIV/AIDS prevalence rate in the world at 23.6%.

Dr. Zajdlik is a recipient of the YMCA’s Women of Distinction Lifetime Achievement award, Rotary International’s Paul Harris Fellow, an Honorary Doctorate from the University of Guelph, the Nestor Yanga Physician of the year award in 2009 and the Guelph Mercury’s Female Newsmaker of the year in 2005. She was inducted into the McMaster University Alumnae Gallery in 2011. She is the recipient of the Queen Elizabeth II Diamond Jubilee Medal and received the Order of Ontario in 2010. Zajdlik says her life’s work is to see the end of AIDS in Lesotho.

While Zajdlik has been worried about the impact of online trolls who have emerged during Covid-19, her bigger concern is the mental health and wellbeing of the public, and in particular, health-care workers during such a traumatic and stressful time.

“As health-care professionals we fall back on our training during a crisis.” she explains. “In medical school, you’re thrown into situations and you have to figure things out under pressure. So when we’re faced with an emergency, we go ahead and do our job instinctively. But unfortunately, I don’t think we have the training we need to deal with the trauma we face.”


Hope for the future

However, Zajdlik remains optimistic about humanity and the global scientific community’s ability to overcome major health crises like COVID-19.

“We’ve been able to mobilize global resources and information technology, science, to find one pill, a once a day regimen that allows a person with HIV to live a normal life expectancy and we’re just years away, I think less than a decade away from finding a cure, Zajdlik said. “So I’ve watched the world rally together and collaborate to fight HIV, so I’m very confident we’re going to be able to fight Covid-19.” 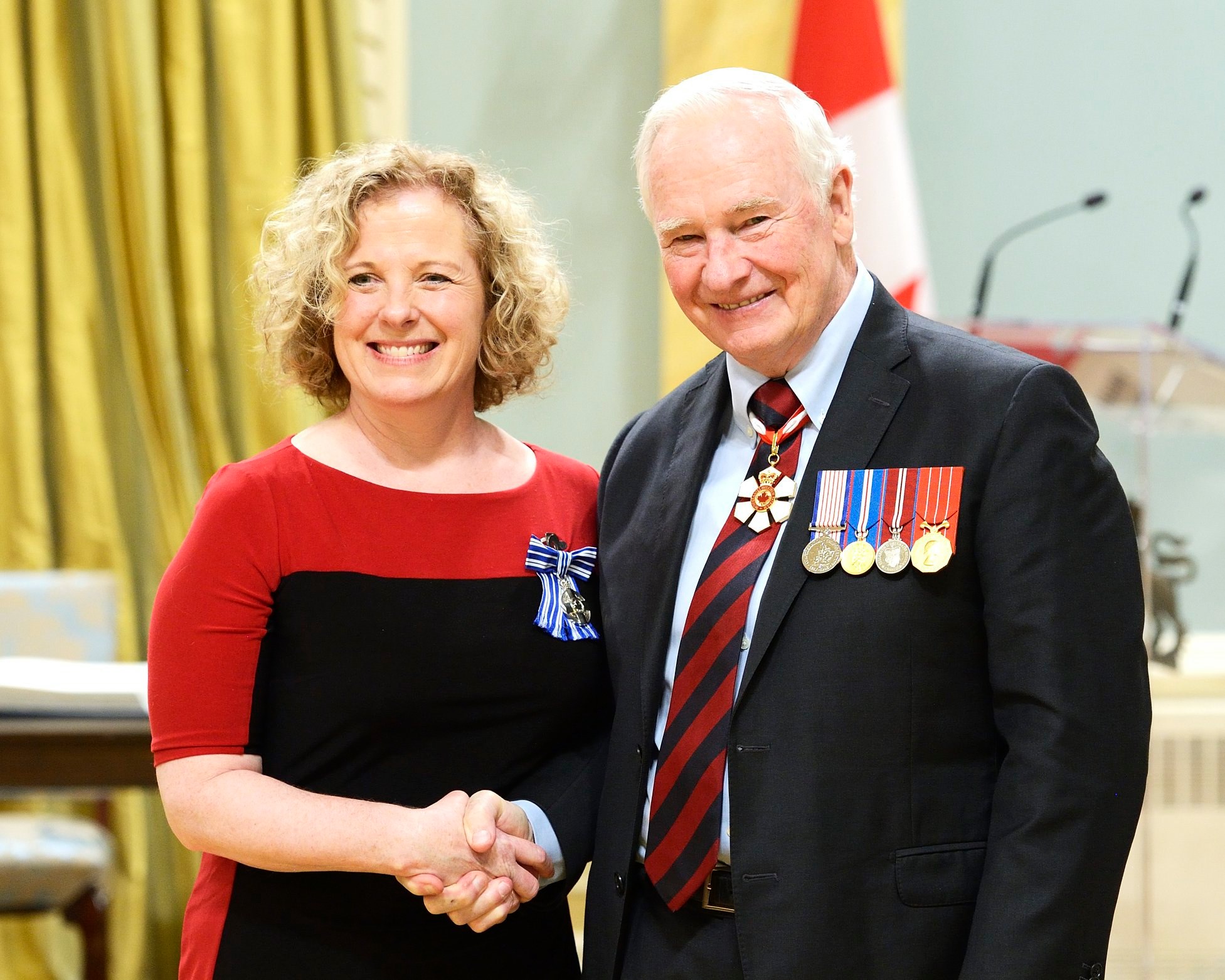 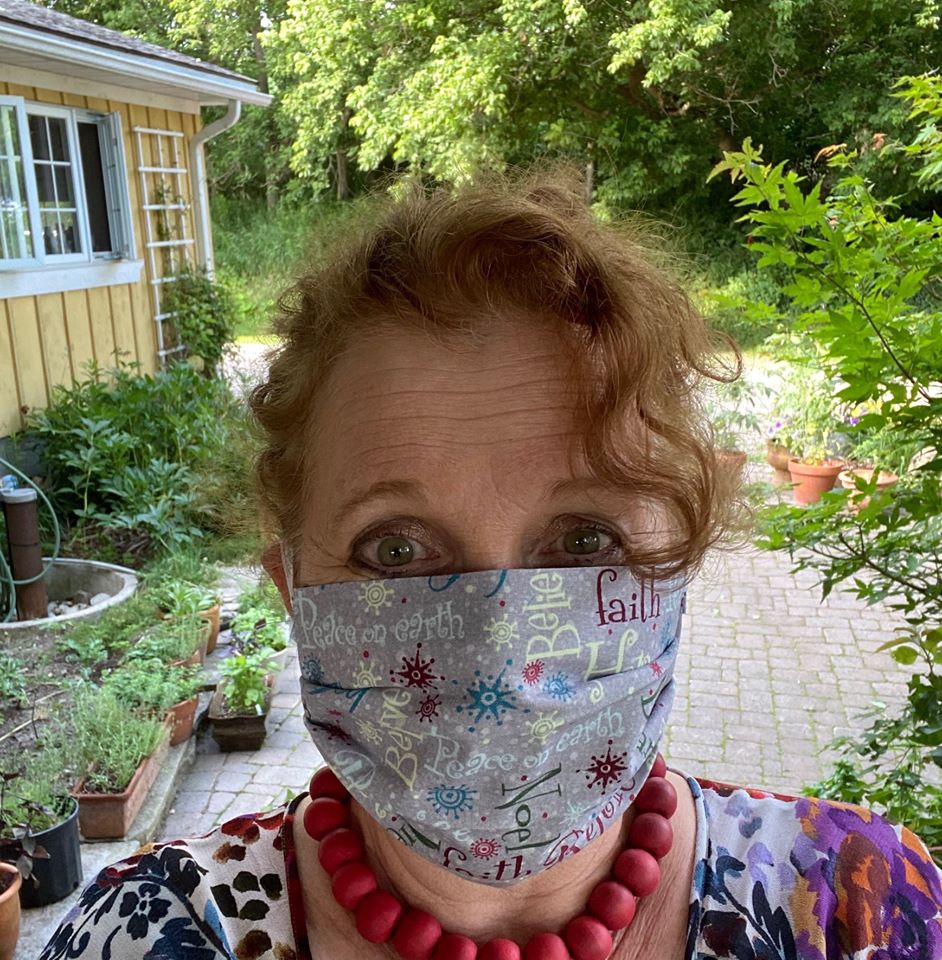