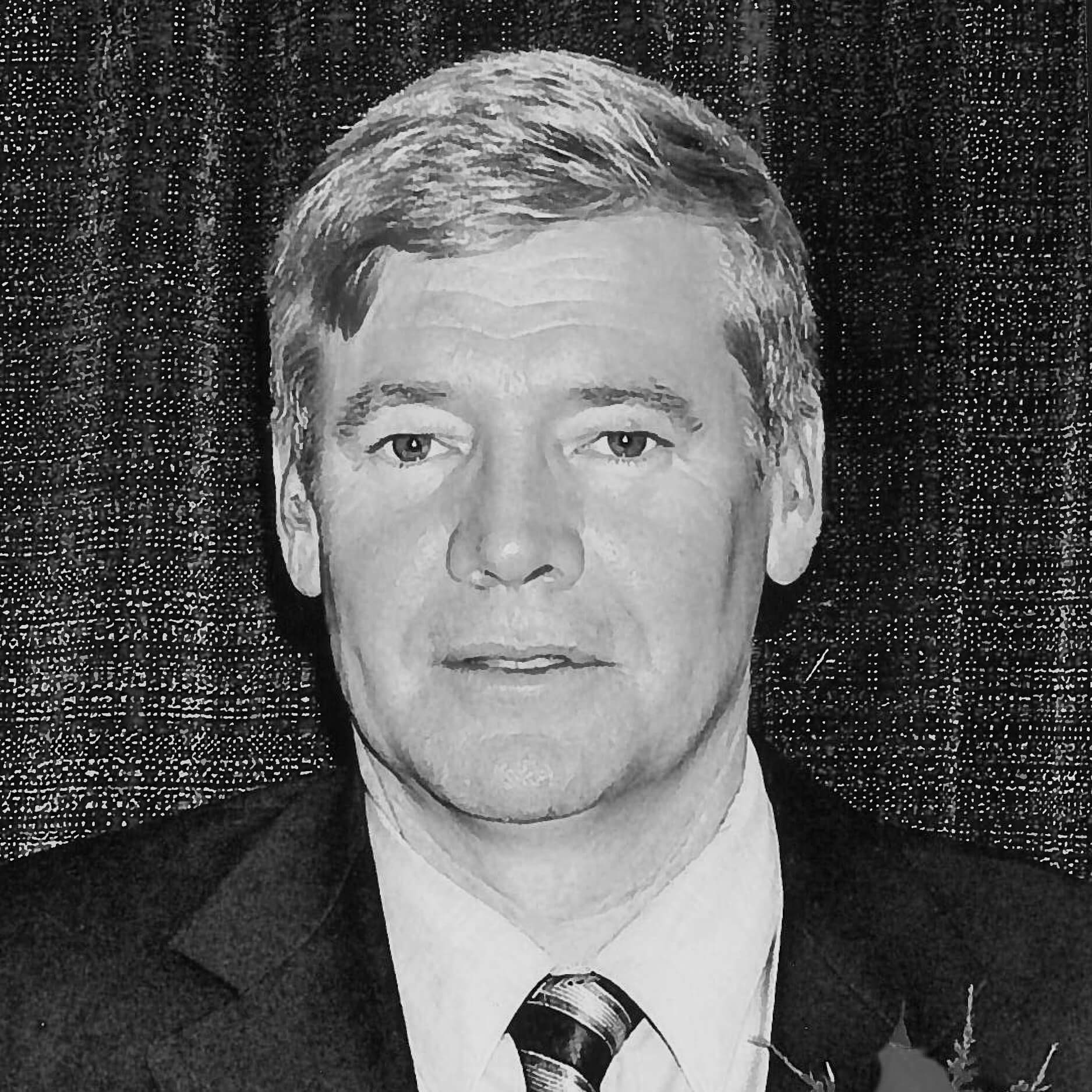 Gerald Boot
Gerald Boot says his main goal when he became president of Landscape Ontario was to improve the business knowledge of members.

“My concern going in was that LO members, for the most part, were very strong on the horticulture and technical side of the business, but very weak on the business management side,” remembers Gerald.

“I realized that as I looked at our southern neighbours in the U.S., they appeared very strong on the business side of the industry. Business management, profitability and knowing costs became a focus going forward into the term of Bob Tubby and eventually Prosperity Partners. I received a lot of support from the LO board, Tony DiGiovanni and the LO staff, which resulted in LO membership buy-in.”

Gerald first came onto the LO executive board in 1996 as treasurer, and in the following years was 2nd and 1st vice-president. He had served previously as president of the Toronto East Chapter.

“One of the highlights during my presidency was when Tony (DiGiovanni) turned 50 and we raised $50,000 for a scholarship in his name. I am not sure how much is in that fund today. The response was incredible,” remembers Gerald. Editor’s note: The fund was at $104,235 in 2020.

The other significant thing that happened during Gerald’s presidency was the establishment of Upper Canada Chapter.

“It was an honour for me to serve as LO president. I received much more then I gave, which makes me very thankful. It was and still is an honour to be an honorary life member of LO. Because of Landscape Ontario, I have a great network of friends throughout the province and across Canada,” says Gerald.

Gerald Boot became one of a handful of Landscape Ontario members to receive the status of Honorary Life Member. At the time, in its 38-year history, the association had presented the honour to only ten people.

Haig Seferian told the audience at the Awards of Excellence gala in 2011 that Gerald Boot has devoted much of his working life to building a vibrant and engaged community. “His service ethic is inspirational. He is always willing to give his time and resources to advance our industry, while enriching the lives of his family, his fellow members, his customers and community.”

Along with serving as president of LO from 2004-2006, Toronto Chapter president and on numerous committees, including Canada Blooms, Snow and Ice, and Publishing, Gerald served as Landscape Ontario’s rep to CNLA’s Insurance Committee, facilitator to the Certification Committee, and special LO Executive Committee adviser on Canada Blooms.

“Gerald embodies professionalism. He has been, and likely will continue to be, one of the most influential members of Landscape Ontario,” concluded Haig Seferian.

In 1981, Gerald began his company in Richmond Hill. He was introduced to the landscape Industry in his youth, while working in the family grounds maintenance business.

Gerald says he somehow was motivated to analyze costs for every job right from the beginning. “I was always doing math in my head, figuring how much I was making,” he says. “Starting out, I worked out of my parents’ home, so I had no overhead, and I never had to borrow.” Gerald sold his car, bought a truck and was launched on a career.

Following high school, Gerald worked with a Richmond Hill landscape maintenance company during which time he received a diploma in horticulture from Humber College. He received his Certified Landscape Professional designation as soon as the program was launched.

He currently serves as president of Boot's.

In an article that was published in Landscape Trades in 2016, headlined ‘Promises delivered,’ it began with, “Professionalism is a way of life for Gerald Boot of Boot’s Landscaping & Maintenance of Richmond Hill, Ont.

His commitment and values led him to a distinctive industry leadership position: one of Canada’s pioneer Certified Landscape Professionals.”

The article also contains a testimonial to Gerald Boot from Harold Cipin of Times Property Management, a condominium management firm also based in Richmond Hill. Cipin has been Boot’s client for a dozen years. “Gerald is the antithesis of glitz and glamour. He is a proud professional. He takes pride in every job he does, regardless of the size. There is no pretense about him, and I admire him for it.”

Company values at Boot’s exist on the wall as a mission statement, and Gerald Boot is happy to outline them in his own words. “What goes around, comes around, and when you are not above board, it catches up with you. We are Christian, we believe in being honest and open. If we make a mistake on an estimate, we will still do the entire job as we committed. We may take a hit, but the customer will walk away happy.”

Operations are the key, and Gerald counts off the three components of a successful operation: you have to charge enough, you have to be effective and you have to operate as planned. “If you get behind, it costs money. It’s that simple.”

The CLP designation appears in Boot’s marketing materials, and he is pleased that customers are asking what the letters mean. He believes the designation becomes more important for companies as they grow. He adds that prospective CLPs should not lose sight of the designation’s objectives, to help business owners know costs, know overheads and make money.

Gerald says that to judge whether or not a company qualifies as professional — whether it gives employees a company handbook, including a safety policy. He says that employee retention is essential to client retention. He is encouraged by a feeling that the overall quality of of the industry’s landscape maintenance and construction work is improving.

Gerald Boot, first vice-president of the Canadian Nursery Landscape Association (CNLA) board, spoke on behalf of CNLA president, Phil Paxton at the opening of the new LO offices in 2019. CNLA is an equity partner in the new facility.

Gerald thanked the LO board for their willingness to make the partnership a reality. “I believe that having CNLA and Landscape Ontario in this facility working together is going to advance the landscape nursery industry for years to come,” said Gerald.

In the 2004 Landscape Ontario Annual Report, Gerald wrote, “We need only to look at the membership and our commodity groups to see how broad this industry is.

“There are so many different areas of expertise. All the sectors have their own agendas to make this industry better, so it’s no wonder it takes a 24-member board of directors and a staff of 24 to meet and deal with the demands of the members who are running their businesses, each in his own sector.”

He went on to state, “Every chapter and commodity is represented at the provincial board. There are nine chapters and nine commodity groups represented at each board meeting — the regional and sector-specific issues are brought to the table where these representatives report on their activities. We share information on the success and/or disappointment of chapter meetings and events and on the challenges faced by each commodity group and how they are dealing with them.”

He went on to tell members that in the past year he asked many members for ideas on how to take Landscape Ontario, and our businesses, to the next level. He identified three important issues: A year later in the 2005 Annual Report, he wrote, “Landscape Ontario is continuously working on the advancement of the horticulture industry. We do that by promoting the joys and benefits of horticulture through the industry, to the public. This past year was no exception.

He wrote in his report, “Many people don’t really know how LO has advanced the industry. Canada Blooms, for instance, has promoted our industry and the joys and benefits of gardens and gardening for the past 10 years, in ways that we can’t even measure. What Congress and Garden Expo are doing for the trade is superb.”

He asked members to imagine if there was no association to initiate, sustain and grow these shows, and bring them to the next level.

Many LO members know first-hand that having Gerald Boot working on their behalf was a major benefit for the entire association.

Members of 2004-2005 Landscape Ontario Board of Directors