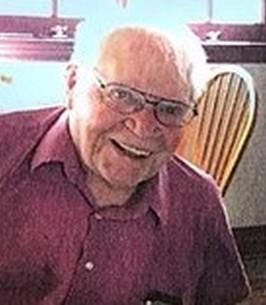 Daniel Burke McNeill passed away with loving family by his side on Sept. 27, 2020 at the Milton District Hospital.

In 1972, McNeill agreed to act as neutral chairman of a steering committee to work out the details of forming a single horticultural industry association within Ontario. McNeill facilitated meetings between representatives of the Ontario Garden Maintenance and Landscaping Association (OGMLA), Ontario Landscape Contractors Association (OCLA) and Ontario Nursery Trades Association (ONTA), which helped to establish a dues structure, select a name, and establish the financial viability of a single, combined association. The work of the Unity Committee led to the formation of Landscape Ontario Horticultural Trades Association in 1973.

At the first general meeting of Landscape Ontario on March 28, 1973, McNeill, then Extension Horticulturist (Nursery) with the Ontario Ministry of Agriculture and Food, became the first-ever recipient of an Honorary Life Membership in Landscape Ontario for his work as Chairman of the Unity Committee. The recognition came with a pair of cufflinks bearing the LO logo, followed by a plaque presentation in 1982. To date, only 14 members have been recognized as "distinguished individuals of outstanding accomplishment or contribution to the horticulture industry."

In April 1993, McNeill retired and asked that "no big deal be made" of the occasion, yet 100 friends, family members and industry peers gathered to extend their best wishes at a reception held in his honour at the Horticultural Research Institute of Ontario at Vineland Station.

McNeill continued his involvement and volunteerism within Landscape Ontario well into the 2000s.

Many thanks to friends and family and special thanks to the staff at the Milton District Hospital for their care of McNeill. A celebration of life will be held at a later date.

In lieu of flowers memorial donations to Milton District Hospital Foundation would be appreciated by the family.
Share
Tweet
Mail