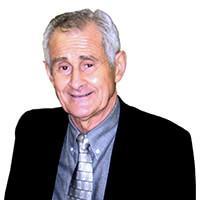 Over the winter, one of the most talked-about subjects in the damage prevention industry was late locates. Many locates in 2019 took as long as three to four weeks. This is unacceptable given that back in 2015, Bill 8 legislation was passed, mandating locates be completed within five days. The legislation also gave the power of policing the five-day completion to ON1CALL. The power to fine locate companies or utilities who did not comply with the five-day timeline was also given to ON1CALL.

In January 2020, I asked the question: “How many fines were levied over the last five years for late locates?” The answer that I received was zero. I can not think of another law that is so regularly broken, and has no fines handed out. The speed limit in most school zones is 40 kph, yet people often drive 60 to 70 kph, but at least those areas are routinely monitored by police with many tickets handed out. In my opinion, the system has not challenged locate companies with fines, so they have not been motivated to fix the current problem. The solution was to meet the requirements in five days, or change the law. ON1CALL has done neither. So the problem of late locates still exists without any definite solution. It seems that everybody has simply accepted late locates as a normal condition. This has to change!

The subject of late locates is discussed at every Ontario Regional Common Ground Alliance (ORCGA) Board of Directors meeting. Locaters, excavators and ON1CALL are all members of the board and all fully understand the challenges. ON1CALL and the 13 ORCGA Geographic Councils have had meetings over the winter months on the issue. Late locates was also the subject of a seminar at the recent ORCGA Symposium in February. Here are some of the recommendations that are proposed for this season that are designed to help eliminate late locates:

Better input into the system:
There must be better input coming from the excavator with each locate request.

System of incentives and fines:
Develop a system that rewards companies who complete locates within the five-day legislation and fines for those who do not. It would be performance based. (This should have been implemented five years ago).

Understanding economic factors:
Recognizing and reacting to economic conditions that may affect construction and the demand on new locate volume requests to ON1CALL and locate companies.

The first step in solving the problem is recognizing that there is a serious problem, and how it affects the damage prevention community. Only then can we work to remedy the problem. We also need statistical data on the number of locates and in how many days the various locate requests were completed. I believe if we can implement these suggestions, we will find a marked improvement in this area of late locates. The ORCGA’s goal is to eliminate late locates so that contractors can rely on the system to deliver locates within the legislated five-day time period.