Research may bring white elm back to streets

Many people today have little experience with the incredible canopy that the American, or white, elm (Ulmus americana) once produced over our cities and rural roads.

Few tree species have the ability to withstand the difficult conditions that white elm is able to endure. For this reason, it was once heavily relied upon as an urban tree. The introduction of the foreign pathogen, Dutch elm disease (DED), into North America in the mid-twentieth century quickly killed off hundreds of millions of elm trees, and continues to today.

For decades, researchers from around the world have been working to develop elms that can once again be planted along city streets without the concern of succumbing to DED. Early efforts resulted in the cultivar Liberty, which was actually a series of six apparently disease-resistant elm clones, that were randomly released under one name.

While these clones showed great initial potential, it was soon evident that a more virulent strain of DED was established than what was used to test the clones. Unfortunately, only one of the original six clones proved to show some tolerance to the more aggressive strain of the DED fungus.

The U.S. National Arboretum has been involved in elm selection programs for nearly 70 years and standouts from its efforts have included the cultivars, New Harmony and Valley Forge. Princeton is another strong performer that was initially selected in 1922 for its superior form. Time has also shown that it has a strong level of tolerance to DED. 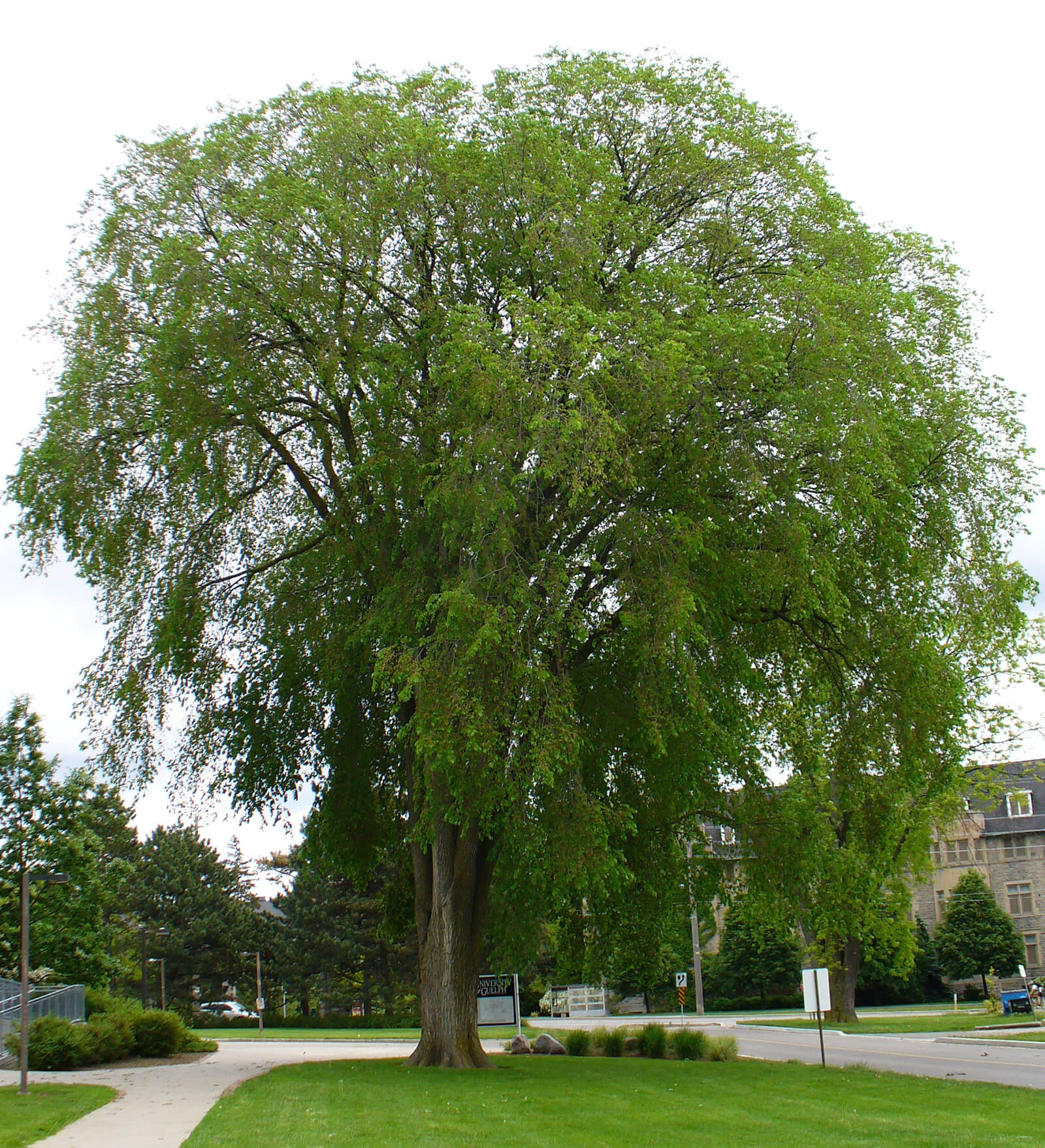 This elm survives at the University of Guelph. Elm hybridizing programs have focused on utilizing the genetics of Asian elm species that possess natural disease tolerance traits developed over thousands of years of co-evolution with the DED fungus in Asia. Hybrids between species including, Japanese elm (Ulmus japonica), Siberian elm (Ulmus pumila) and smooth-leaf elm (Ulmus carpinifolia) have led to cultivars such as Frontier, Homestead and New Horizon. These hybrids have proved durable in urban conditions, but don’t replicate the majestic canopy of a pure white elm. In addition, while some of these hybrids show resistance to DED, some have also proved very susceptible to elm leaf beetle feeding damage.

Research in Ontario includes two current projects at the University of Guelph. The Gosling Research Institute for Plant Preservation (GRIPP) is developing tissue culturing techniques, in addition to attempting to hybridize pure white elm with Chinese elm (Ulmus parviflora) in order to introduce a DED-resistant elm with the canopy characteristics of white elm. The University of Guelph Arboretum has been undertaking the Elm Recovery Project for over a decade with the goal of surveying and archiving large surviving elms from across Ontario that exhibit signs of DED tolerance. Over 600 trees have been documented, with the long-term goal of developing a breeding program of genetically diverse, pure white elm.

When one views historical photos of elm-lined streets, or visits cities such as Winnipeg and Edmonton to witness the elm canopies that remain there, the desire to once again make white elm a regular part of our urban forests in Ontario can easily be understood. It is never advisable to rely too heavily on any one particular cultivar, no matter how suitable it may seem. Diverse plantings will help provide insurance against other problems that may affect elms in the future.

This is part of a series of articles highlighting one of the 29 trees selected by the Landscape Ontario Growers’ Sector working group as recommended alternatives to ash and Norway maple. Funded by the Agriculture Adaption Council, the complete list and the factsheets on each, may be found at www.landscapeontario.com/trees-for-urban-landscapes.