For people who work at charitable organizations, the next couple of months leading up to the holiday season are when donations peak for most causes. For many of us, the holiday season is a reminder that others many not be as fortunate as we are. Helping others is a very rewarding feeling.


Philanthropy at its best

In the green profession there are many fantastic causes and initiatives that get great support from Landscape Ontario, its members and the industry. I attended the Highway of Heroes Living Tribute golf tournament in Port Hope last month, where the sold-out event raised over $100,000. On top of that, an anonymous donor agreed to match the significant amount of money that was raised. It was also announced at the event that The Right Honourable David Johnston, Canada’s 28th Governor General and his wife, Sharon Johnston, have now become patrons of the HOHLT campaign. When he was in office, (2010-2017), one of Mr. Johnston’s personal goals was to discover more about the subject of philanthropy/giving. In fact, he formed the Rideau Hall Foundation (RHF), which hosted workshops inviting many non-profit, corporate and government representatives to share views on current giving trends, increase sector connectivity and to learn through the Giving Behaviour Project. Canadians across the country were invited to follow the conference online and submit questions. Here are some interesting statistics from the conference, recorded by the KCI Group: Some interesting facts and feedback came from the conference and could help if you are considering a fund raising campaign. For complete information, visit the foundations website at rhf-frh.ca.

Not far from Rideau Hall, our wonderful Ottawa Chapter members continue to support many local causes. This year’s golf tournament held in late July raised over $3,000 for Do It For Daron (DIFD) — a charity that supports education awareness and research to encourage young people to talk openly about mental illness. This disease affects all of our lives and businesses. Many Ottawa Chapter members also continue to support the Cancer Survivors Park that was built several years ago. Not only did their hard work help to provide a beautiful green space in the heart of the city, the park has also touched the lives of many patients and family members that visit the park.

The LO membership team visited some Ottawa Chapter members last month, including Chapter Past President, Ed Hansen, who gave some insight on why area members so freely contribute so much of their time and materials to many local projects. You can watch the full video of our interview with Ed on the Ottawa Chapter page at HortTrades.com.

If you are in the mood to give this season, talk to your local chapter board at a local chapter meeting to see how you can get involved in a worthwhile project. You’ll soon be glad you did. 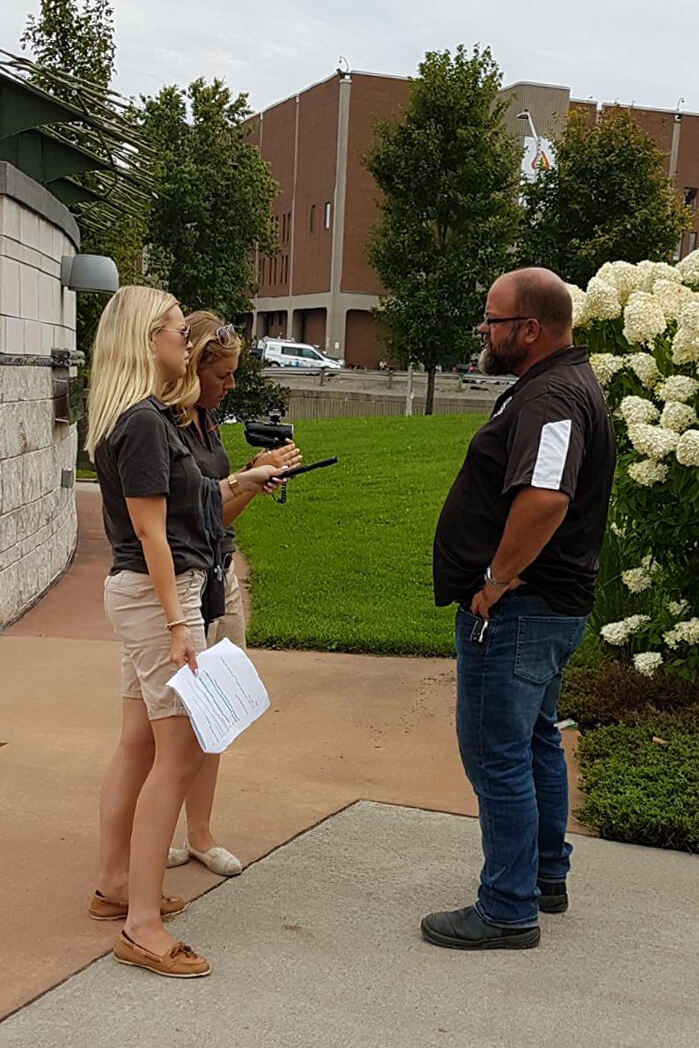