The Prime Contract and subcontractor obligations 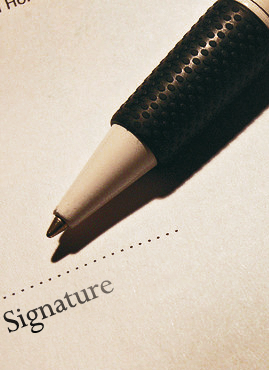 Know your responsibilities
If subcontractors are to be bound by the Prime Contract, they need to understand its terms, for obvious reasons. If you are bound by the Prime Contract, that contract may determine, for example, what your scope of work actually is, when you might be entitled to an extra, what steps you need to take to support a claim for additional compensation and who bears the risk of certain unforeseen events.

You would be surprised how often sophisticated subcontractors will simply put a price on their work without considering the terms of the Prime Contract. Many landscaping subcontractors, for example, will put a price on the landscaping drawings and specifications, without going further to determine if they are bound by other contract documents. The subcontractor will often submit a bid without knowing the terms and conditions of his subcontract. He might, for example, put a price on his work without knowing that there is a soils report available for review, and might then be disappointed to find out that he will not get an extra for "unforeseen" conditions that were clearly described in that report.

Just as common is the circumstance where the subcontractor sends the general contractor a quote or purchase order that includes a description of the work or a list of 'exclusions.' A problem will often arise in this circumstance because the general contractor will say that you were asked to (and did) provide a price to do the work in accordance with the terms of the Prime Contract, while you will say that the terms of your quote or purchase order should govern.

Importance of prevention
Who wins such a battle of the contract documents will depend on the facts of each particular case. It is also not something one can easily predict in even the best of circumstances — sometimes you would have to let a judge decide. You don't want to be in a position where the general is telling you to do the work, while you say you did not price it. You don't want the general to be saying the work you are claiming for is not an extra, because you failed to meet a condition of the Prime Contract, of which you were unaware. Dealing with such disputes can be terribly expensive (and full of risks).

Stay in control
Similarly, you should make sure that you avoid the battle of the contract forms with your subcontractors. Be careful not to allow your subcontractor to dictate to you what his scope of work will be, what exclusions or qualifications will apply and what the terms of the subcontract will be. If he provides you with a qualified quote or a purchase order that contains his understanding of the contract, you should be careful to address that situation immediately and ensure that both of you agree with the terms of the subcontract.

In short, we need to understand the full scope of what our contract is before we put a price on our work. We need to understand the terms and conditions that apply to our work so that we will know what we need to do in any particular circumstance to protect our position. In many circumstances, this necessitates that we understand the terms of the Prime Contract. Also, we need to ensure that our own subcontractors are bound by the same terms and conditions that we are, to avoid liability to a subcontractor for something that we cannot then claim from the person above us in the construction pyramid. Robert Kennaley practices construction law in Toronto and Simcoe, Ont. He speaks and writes regularly on construction law and contract issues and can be reached for comment at 416-368-2555, 519-426-3777 or at kennaley@mclauchlin.ca. This material is for information purposes and is not intended to provide legal advice in relation to any particular fact situation. Readers who have concerns about any particular circumstance are encouraged to seek independent legal advice in that regard.
Share
Tweet
Mail