Blue ash is a long-lived tree, with some resistance to EAB.
By Thelma Kessel

As an alternative to planting ash, it might seem odd to choose another ash. But it may be time to consider blue ash. Fraxinus quadrangulata is a rare native to southern Ontario, hardy to zone 4 or 5. The natural habitat of the blue ash is dry, limestone outcroppings. It can tolerate drought, compaction and deicing salts. Blue ash grows a little more slowly than other ashes, but can live as long as 150 years. It is well suited for urban conditions.

The Ontario Ministry of Natural Resources Species at Risk list rates blue ash as ‘Special Concern.’ Although not plentiful in the two previous centuries, blue ash was eagerly harvested for its quality wood. Current numbers seem limited by the effective girdling from a large meadow vole population and lack of interest in its ornamental worth.

Fraxinus quadrangulata is a medium sized tree with a medium texture. The narrow, rounded crown has branches near the ground. Four corky ridges make young twigs distinctively square (hence ‘quad’-rangulata). Unlike other ash, the interesting bark is scaly.

Blue ash has compound leaves with seven to 11 glossy green leaflets borne on short stalks. The leaves will thrive all season until they turn a lovely yellow in the fall. It is generally unaffected by insects.

Blue ash has perfect flowers, so each tree will produce fruit. The samara is a broad twisted wing that completely encloses the seed. Many birds and animals eat the seed. The wood of the blue ash has market value being dense like oak and as strong as white ash. 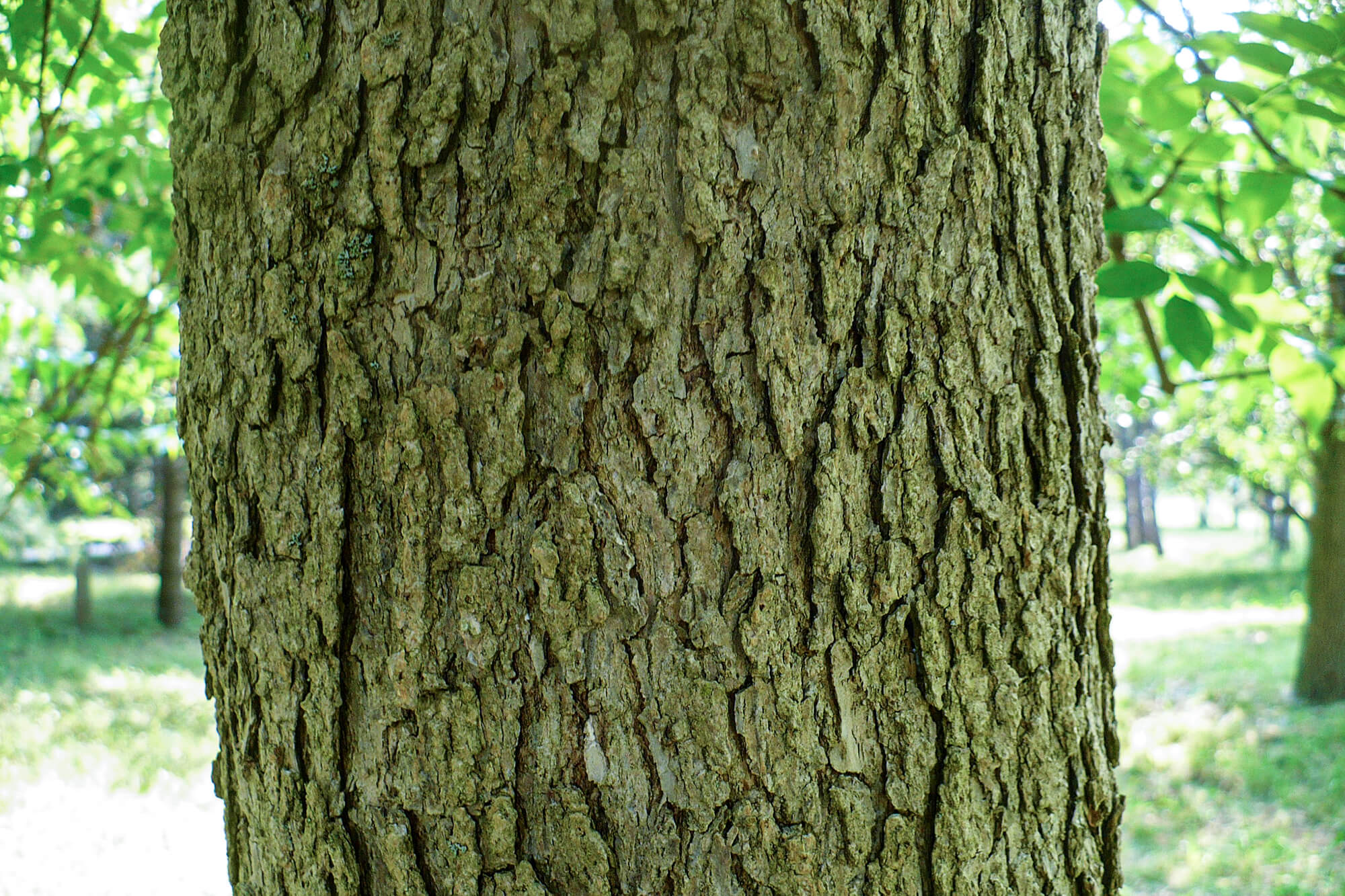 The bark of the blue ash is scaly, unlike other ash species. The emerald ash borer (EAB) will try to establish in blue ash, but reports in Canada show remarkable resilience to the pest. Of 300 blue ash trees, only one died from Windsor’s tragic infestation. Trees that did become infected recovered the next year.

For greatest genetic diversity and perhaps resilience from EAB, grow blue ash from seed. Blue ash can be found in the trade budded onto green or white ash. Susceptibility to EAB may be passed through the rootstock. Ideally seed should be obtained from FGCA (Forest Gene Conservation Association) source-certified institutions such as the Ontario Tree Seed Plant, the University of Guelph Arboretum seed orchards and various regional seed collectors. This seed from Ontario trees is more suitable to our climate than those from more southern jurisdictions. To avoid dormancy issues and low germination rates the seed is best picked in the early yellow stage. Warm stratification for 60 days followed by cold stratification for 90 days seems to be optimum for germination. 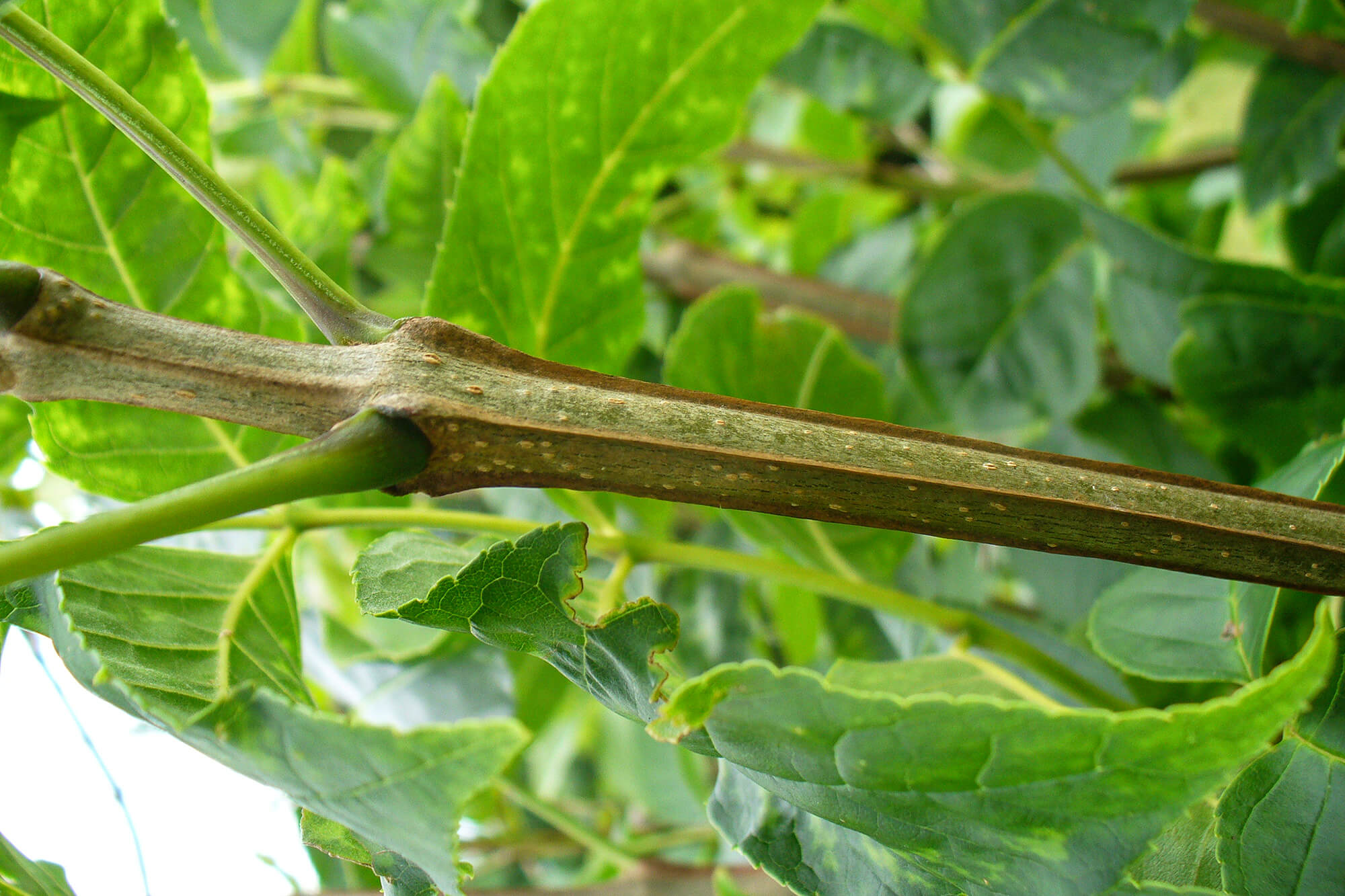 Very distinct ridges forming four angles give blue ash its scientific name. Blue ash will add interest to the landscape. Its relative rareness will make each additional tree a conversation starter. And, we all know a more diverse urban landscape is the only prudent way to grow our urban forests.

For reference on the blue ash, read Trees in Canada by J.L. Farrar and Manual of Woody Landscape Plants by M.Dirr.

This is the second in a series of articles highlighting 29 trees selected by the Landscape Ontario Growers’ Sector working group, as recommended alternatives to ash and Norway maple. For the complete list and factsheets on each, go to landscapeontario.com/trees-for-urban-landscapes.